SF YIMBY says “Yes In My Backyard” to new development in the San Francisco Bay Area, and covers the region’s evolving architecture, construction, and real estate from a pro-growth perspective.

Nikolai founded YIMBY in 2011, after graduating from Fordham University’s Lincoln Center campus with a degree in political science. Since starting the website, Nikolai has been featured in numerous publications speaking or writing on behalf of YIMBY, including The New York Times, The Wall Street Journal, CNN, BBC, New York Post, New York Daily News and New York Magazine. 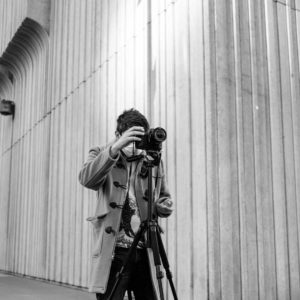 Andrew Nelson began working at New York YIMBY in 2017 and became the editor of SF YIMBY in 2020. Andrew is the author of over a thousand articles with YIMBY, as well as dozens of pieces on his website, Site Visits. He is a graduate of the NYU Tisch Department of Photography and Imaging with honors. Writing from his hometown in the Bay Area, he brings his local knowledge and constant curiosity to this YIMBY outpost.

SF YIMBY is an expansion of New York YIMBY, which now covers beyond New York City to Chicago, Florida, Los Angeles, Philadelphia, and here in the Bay Area.