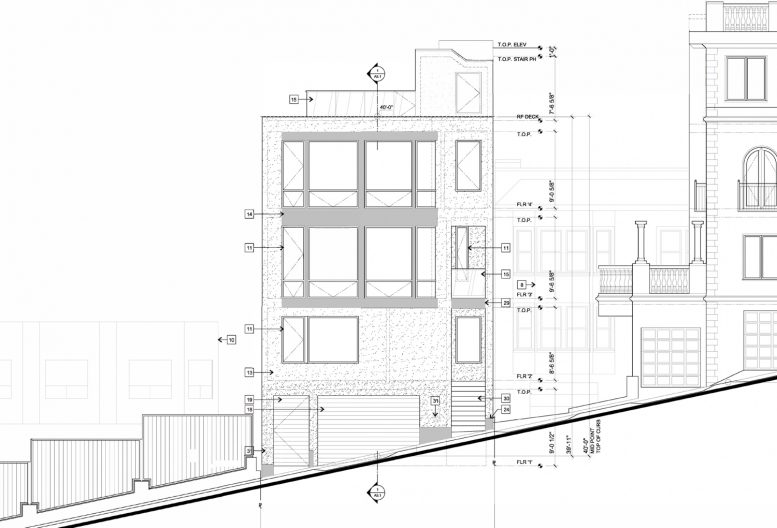 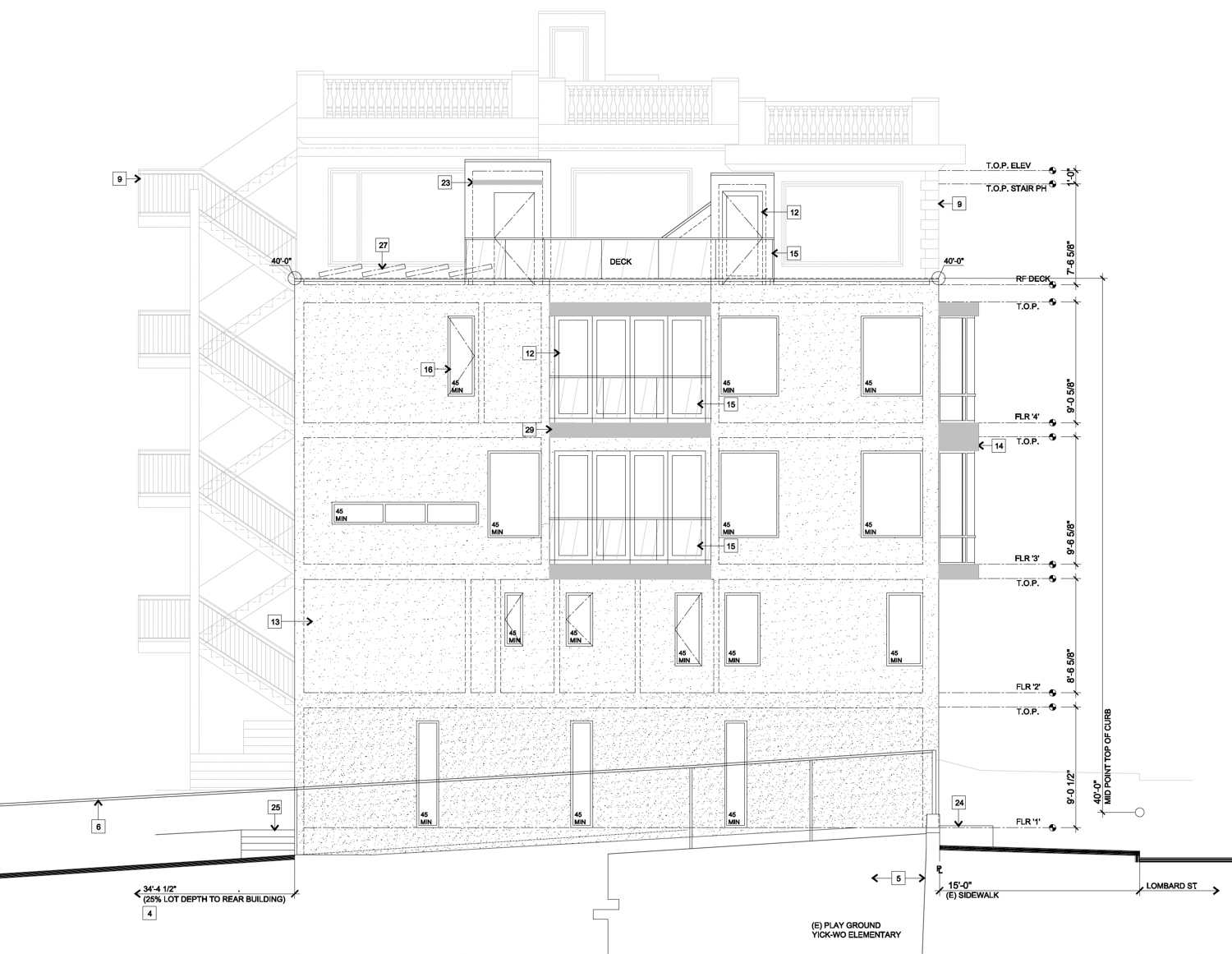 Curtis Hollenbeck is the project architect. The proposed structure will rise four stories capped by a roof deck setback from the sidewalk and hidden from neighboring buildings. Though the attached illustrations are limited in detail, the proposed design shows a familiar contemporary aesthetic with a streamlined facade and a boxy bay window facing Jones Street. 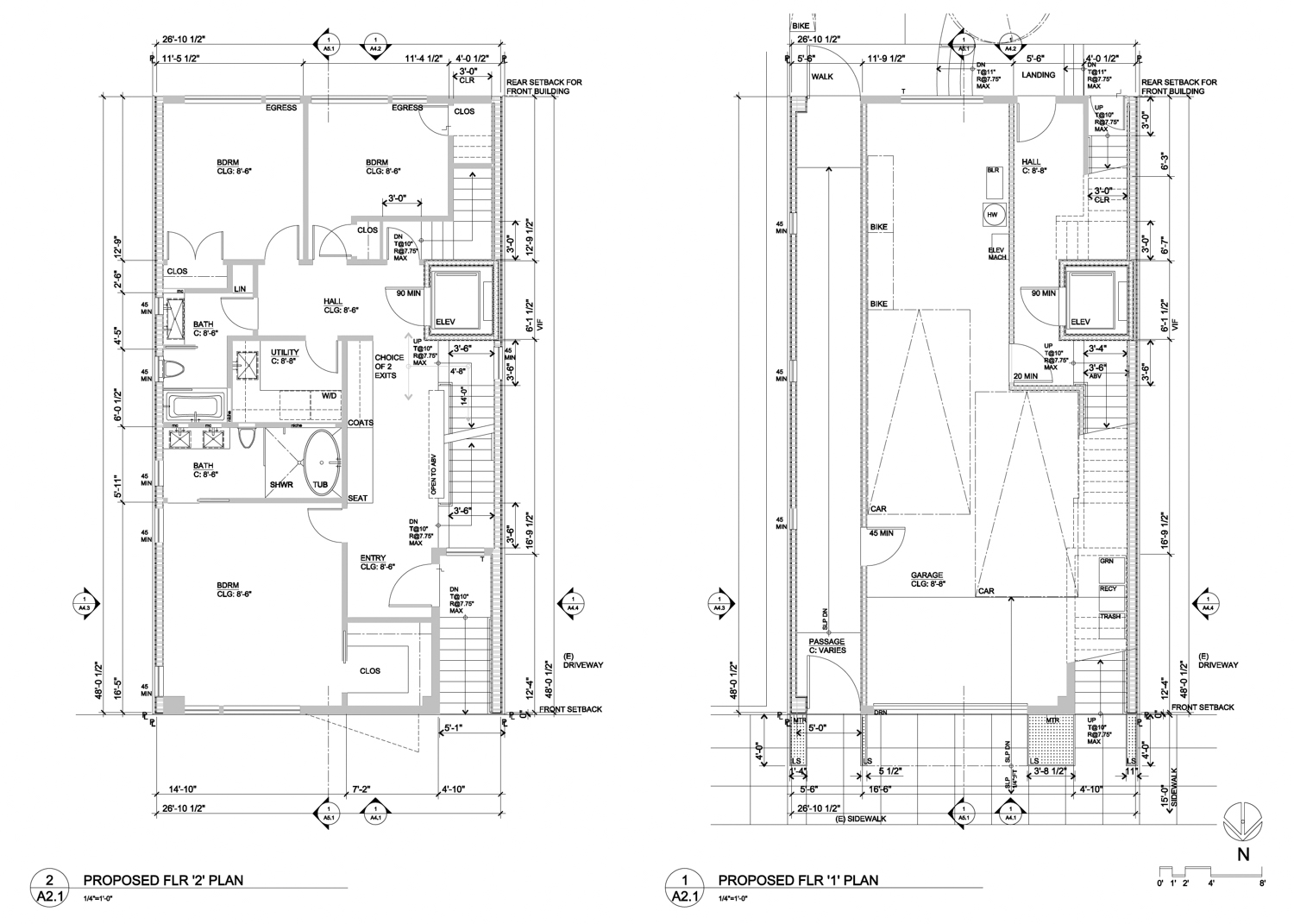 The 47-foot tall structure will yield 5,170 square feet with 4,120 square feet of habitable space and 782 square feet for the two-vehicle garage. The fourth floor will include a guestroom, library, and entertainment space. The third floor will have a kitchen, dining room, living room, inner-parcel deck, and a street-facing balcony. The second level will include three bedrooms and two bathrooms with access to the street staircase. Lastly, the ground level will include a garage with parking for two cars and two bicycles. 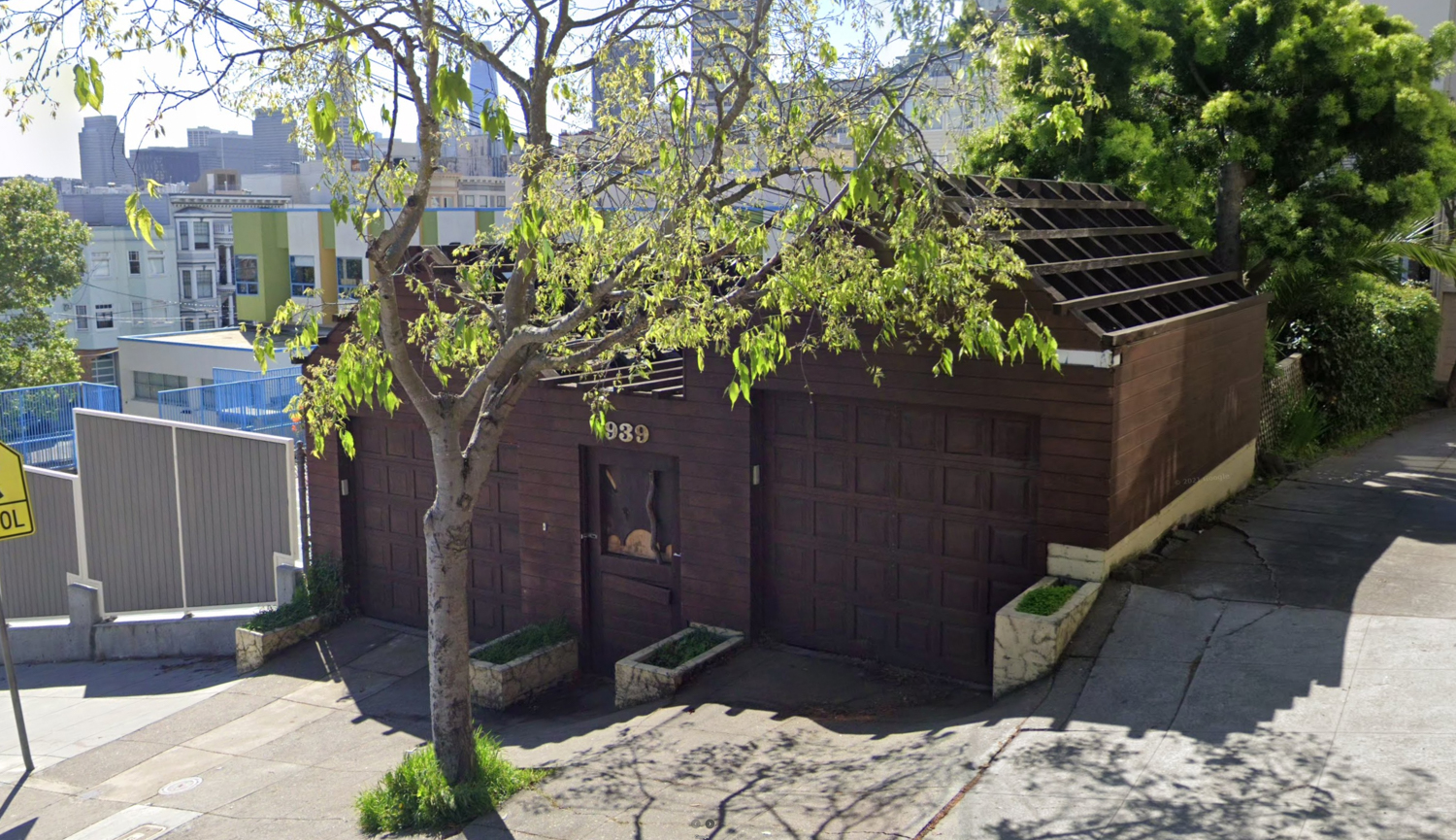 The project is nearby Fisherman’s Wharf, North Beach, and Little Italy, each neighborhood rich with culture and small businesses. The future household will also be half an hour from San Francisco’s Financial District Embarcadero and Montgomery Street BART Station by foot.

City records show the property last sold in April of 2018 for $1.7 million. The developers estimated the cost of construction to be $850,000 on a project application. An estimated timeline for completion has not been announced.