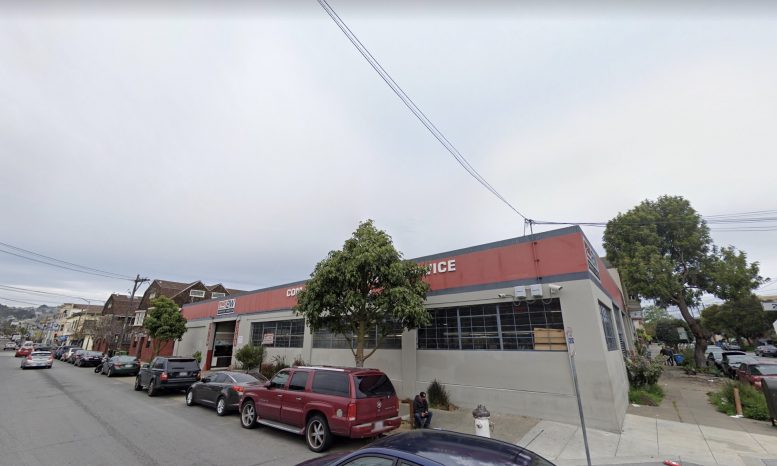 Permits have been filed to construct a five-story mixed-use building at 3260 26th Street in San Francisco’s Mission District. The address, located between Virgil Street and Shotwell Street, is a seven-minute walk from the 24th St Mission BART station. Kerman Morris Architects will be responsible for the design.

The project will add 34 residential apartment units to the neighborhood within its five floors and basement. The structure will also include one commercial space and a single level basement.
A one-floor auto repair shop sits next the lot currently, so demolition is necessary to construct this mixed-use building. As such, demolition permits were filed on August 31st to take into account the existing structure. Between the two phases in construction, developers have estimated a total budget of $9,440,500.

The project was first reported on by Socket Site in November 2019. Since then, the project has grown in scope. In 2019, developers were planning to build four floors with 22 units. Socket Site also reported that the commercial space would encompass 6,600 square feet. While the permit does not specify the dimensions, it is likely to be similar, given that the building’s expansion is vertical, not horizontal.

While this could conceivably be an innocuous and fast-rising project, some resistance to it is likely. An estimated completion date is not known.

Be the first to comment on "Permits Filed For 3260 26th Street In Mission District, San Francisco"