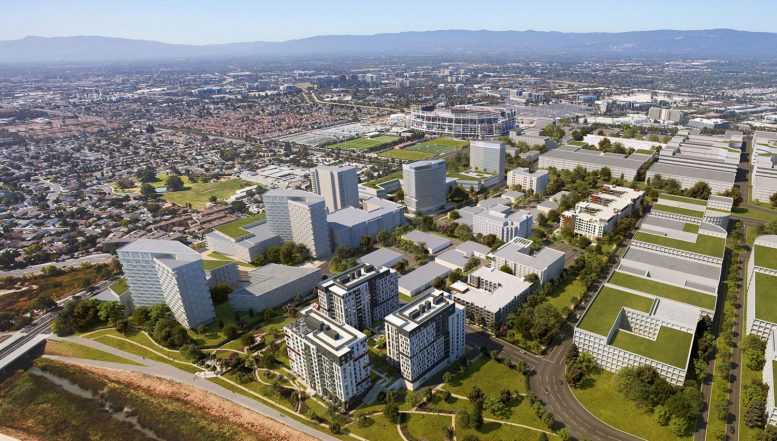 Permits have finally been filed for three twelve-story towers at 2200 Calle De Luna, in Tasman East, Santa Clara. This development is the first in a series of projects from the city’s Tasman East Specific Plan. City plans aim to transform 45 acres of a low-rise industrial neighborhood to be a high-density residential and office district with proximity to light rail and the Levi’s Stadium. Holland Partners Group is responsible for the development of 2200 Calle De Luna.

Permits describe the project as being three distinct 158 foot-tall towers with three floors of parking. Five hundred eighty-four apartments spread across 151,000 square feet. Of those units, 119 will be studios, 316 will be single-bed, and 145 will be two-bed units. Four additional residencies in tower B are of unspecified size. Several dozen units will benefit from access to private balconies.

There will be a fitness center and rooftop lounge in tower B for all residents and a three-story structure in the building’s podium that will contain further shared amenities. The project’s layout uses the three towers to form a central courtyard, pool, family picnic area, and recreation center. In total, the developers plan to create 57,700 square feet of private open space for future residents. 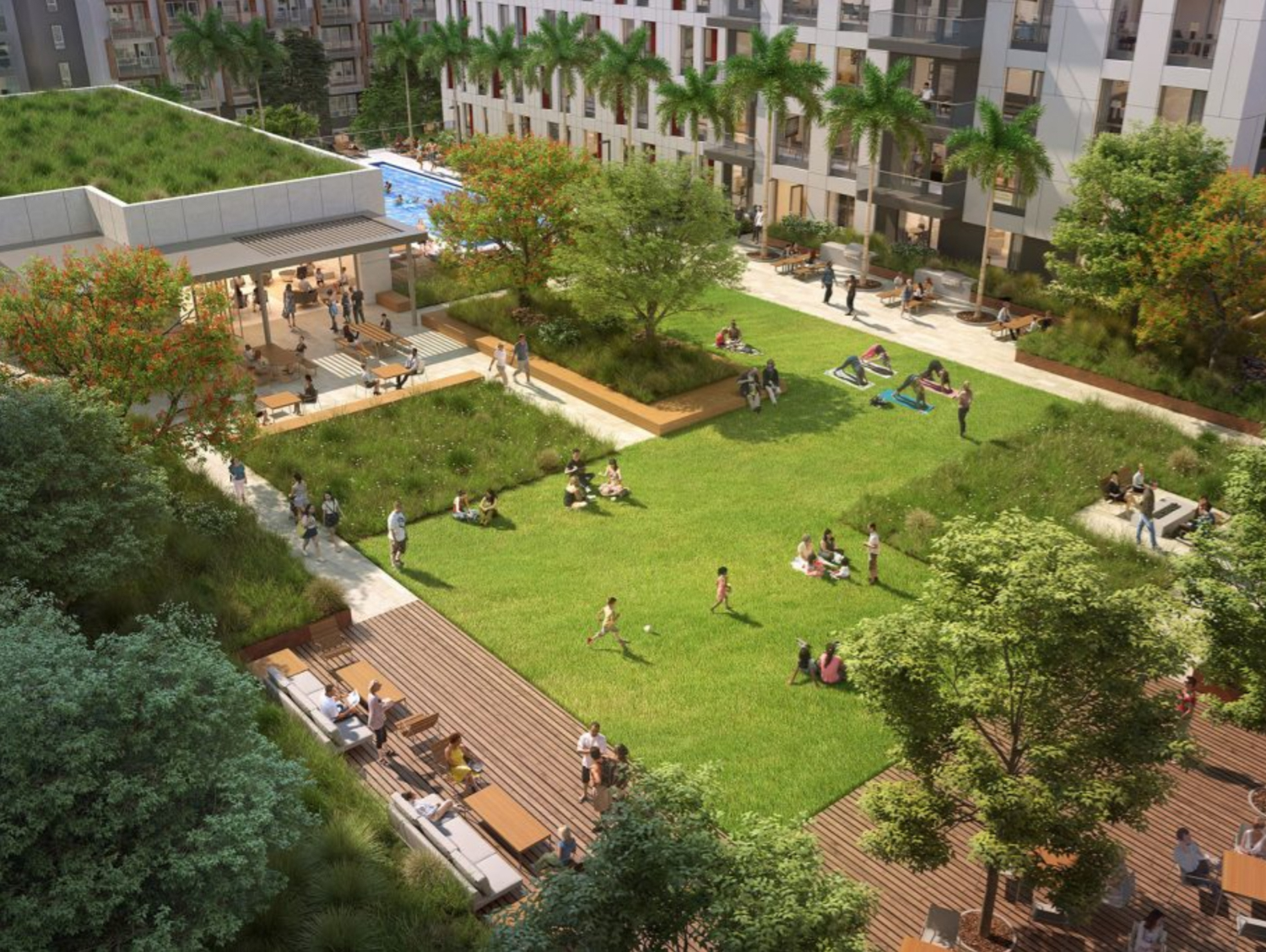 KTGY Architects are responsible for the design. The facades will be a mixture of materials, including metal, stucco, and glass. Its coloring is the most distinct characteristic, contrasting white and black with red highlights beside floor-to-ceiling windows. Documents for the project describe their place-making intent to create “a sense of enclosure of the street…like a series of urban rooms with a consistent ‘streetwall.'”

The Tasman East plan will be a significant boon for the future housing market in the South Bay. Regarding 2200 Calle De Luna, KTGY writes, “Not only will this be the first community to open as part of the vision plan, it will be the first high-rise development in the area, setting the tone for future developments and enriching the established community.” In effect, the project will establish the infrastructure for a new Central Business District in Santa Clara.

If all twelve projects are realized, Tasman East will yield 4,500 new homes, of which a portion will be below market rate, tentative plans for a new school, 10 acres of open space, and 106,000 square feet of retail, of which a quarter will be a grocery store. 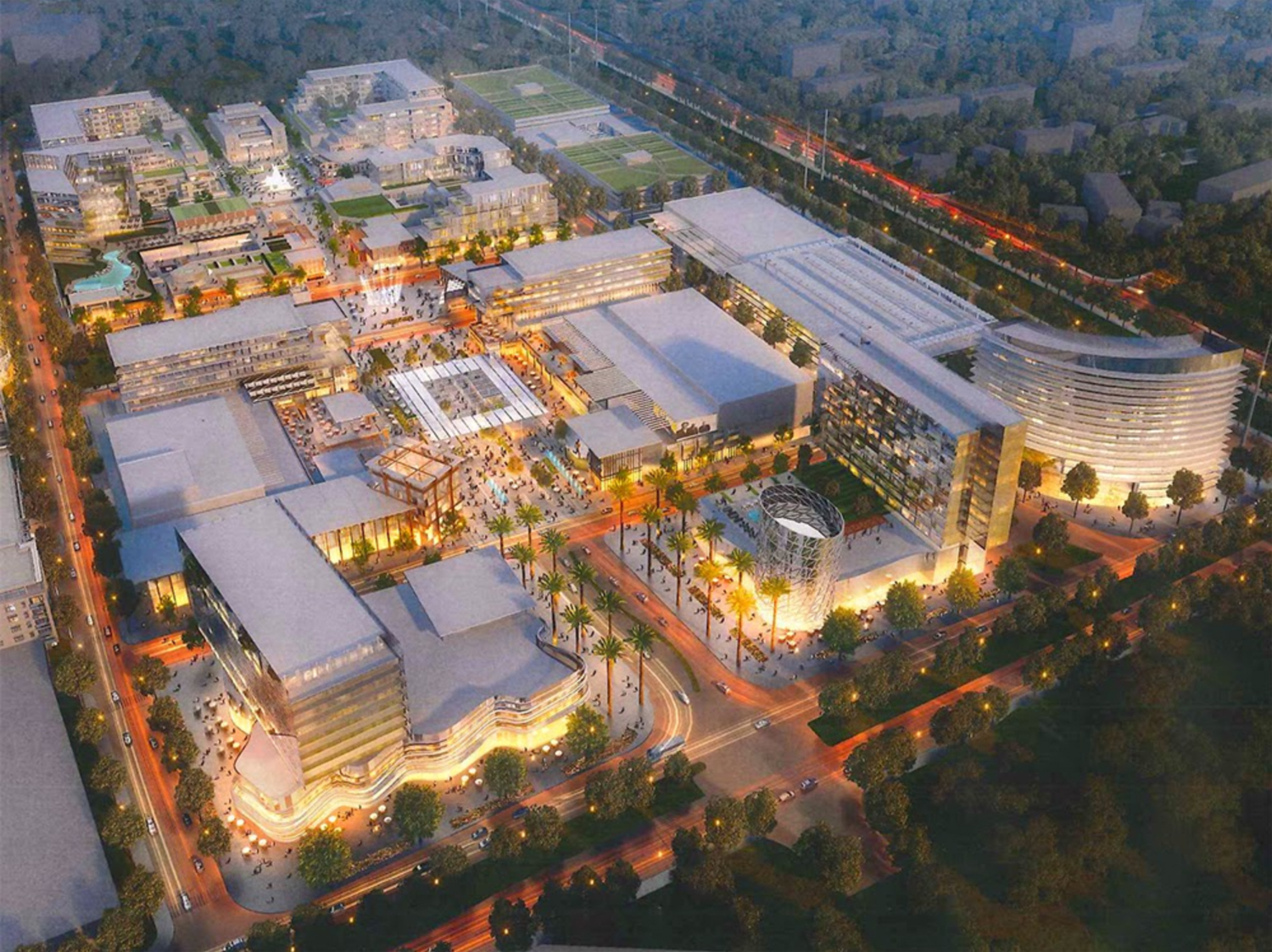 Incredibly, Tasman East is by an even larger project, one of the largest development plans in the Bay Area, the redevelopment of the Santa Clara Golf and Tennis club. Formerly known as CityPlace Santa Clara, the development is known now as Related Santa Clara after the developers. The 240-acre former golf course will be transformed into a mixed-use district with design by Foster + Partners. While Foster is familiar with the South Bay after completing the Apple Park loop in Cupertino, the 5.7 million square feet of office space would double the 2.8 million square feet commissioned by Apple. 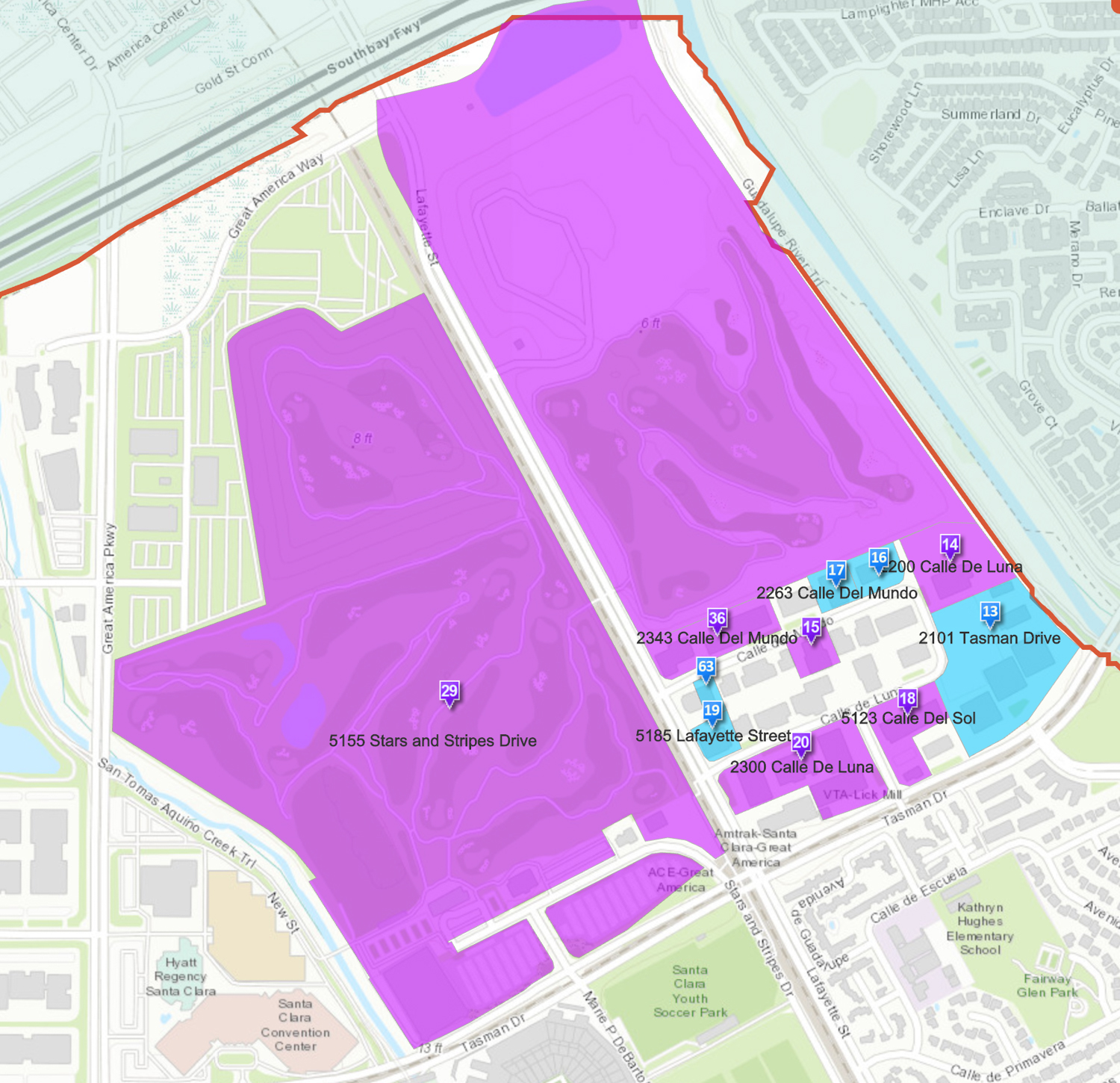 Related Santa Clara (29), beside the twelve developments that will compose Tasman East and 2200 Calle De Luna (14), via Arcgis

Holland aims to begin construction on 2200 Calle De Luna before the end of the year, with completion expected as early as 2022.