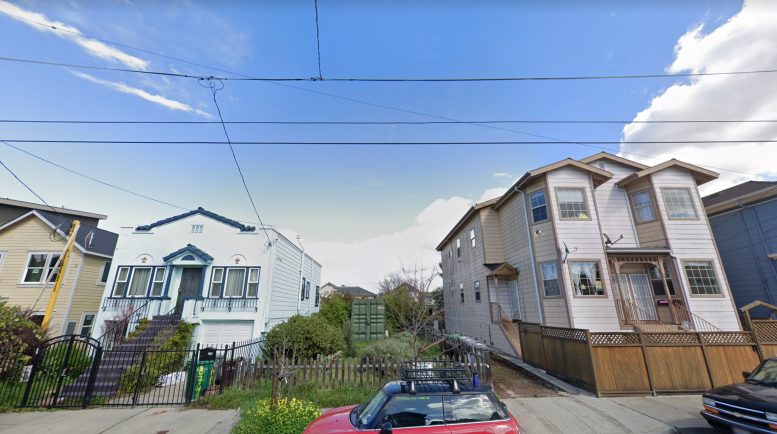 Permits have been filed for a single-family home and an additional dwelling unit at 868 20th Street in Oakland’s Ralph Bunche neighborhood. The address is between Curtis Street and Market Street. It is close to downtown Oakland, taking just over twenty minutes of walking to Lake Merritt.

Demolition permits for a shed that had been on the site were filed in July. The new project will include 1,577 square feet for the single-family dwelling. The ADU will include 752 square feet.

The construction is estimated to cost $398,192.50. The project’s estimated completion date is not yet known.

Be the first to comment on "Permits Filed For 868 20th Street In Ralph Bunche, Oakland"