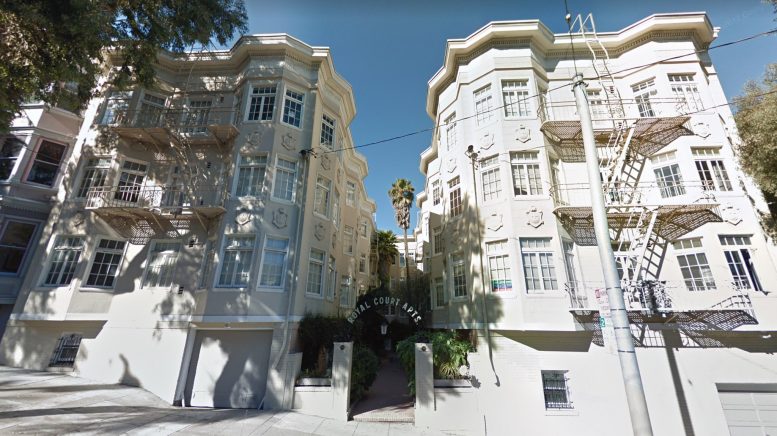 Permits have been filed to add six new units at 940 and 942 Hayes Street in Hayes Valley, San Francisco. The site is just half a block from the large Alamo Square, providing nice green space by the landmark Painted Ladies. The address is located between Steiner Street and Fillmore Street. The MUNI light rail station at Duboce Avenue and Church Street is eight blocks away.

The permit calls for interior renovation to add six residential units on the first floor. The new dwellings will replace an existing garage. Each additional apartment will include one bathroom. The garage at 940 Hayes Street will be converted into three units, and the other three will replace the garage at 942 Hayes Street.

940 Hayes Street is currently home to a five-story structure. The design is typical in San Francisco, with a tan facade and rounded corners to make for more living space. The project is estimated to cost $120,000.

Be the first to comment on "Permits Filed For 940 Hayes Street In Hayes Valley, San Francisco"