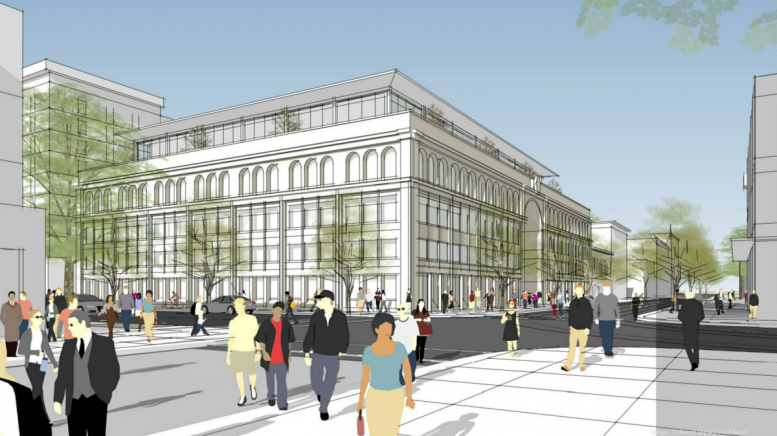 Permits have been filed to renovate and expand the office building at 1130 K Street in Downtown Sacramento. The lot recently sold for just under $20 million. These plans call to modernize the existing four-story offices and expand vertically by two more floors. 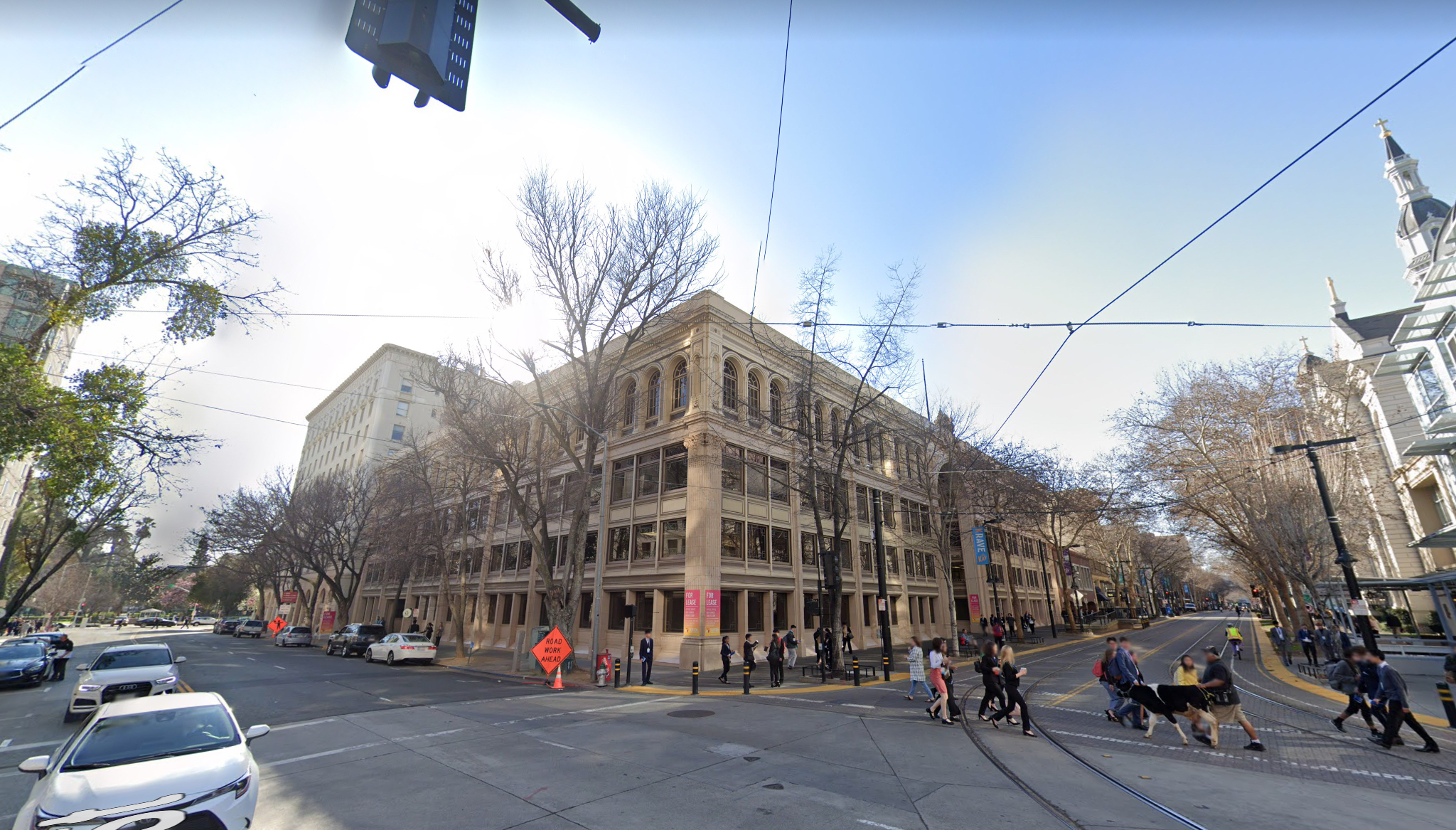 The two added floors would yield 42,300 square feet of additional office space, which will bring the site’s overall square footage to over 180,000 square feet. The permit filers estimated that the cost of renovation and expansion is $3.8 million.

Vrilakas Groen Architects will be responsible for the new design. Renderings show that the two-story additional will be relatively discrete, with a setback from the existing facade to allow for landscaped terraces. The historic front with a grand four-story archway will be relatively unaffected.

The address sits on the corner of K street and 12th street, just around the corner from the California State Capitol and its adjoining park. There is direct access to light rail at the Cathedral Square Station by the main entrance.

The permit will expire if construction does not start by March 22nd, 2021.

Permits Filed For a Hotel At 629 Richard Boulevard In Sacramento