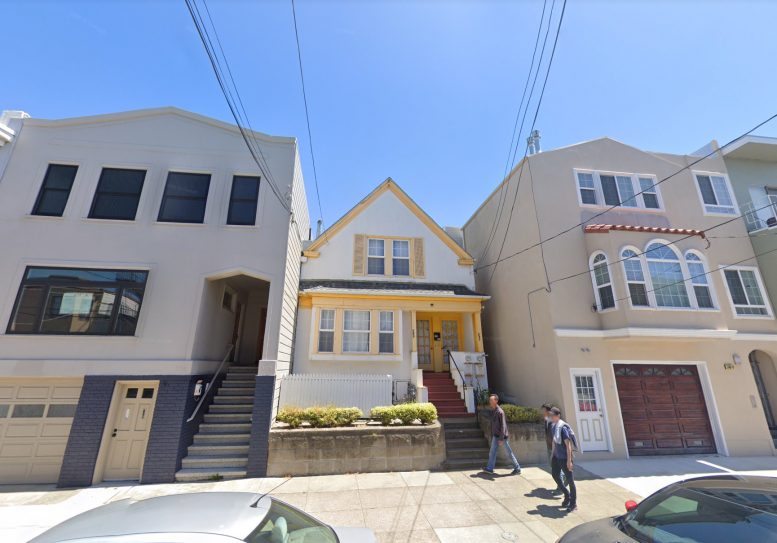 The existing structure, found between Clement Street and Geary Boulevard, features a steeple roof and bright yellow trim. It holds two units across 1,957 square feet. The new structure will stand 38 feet tall yielding 6,600 square feet of residential space, split between four units, or roughly 1,650 square feet each. Two parking spots will be made available on site. There is no rail transport accessible near the address, although bus routes bring residents from the neighborhood to downtown San Francisco.

Changes to the plan have also been proposed by Richmond Partners LLC, who are looking to purchase the property. These include variations to the facade and to make one of the four residential units ADA accessible. The SF Assessor’s office has valued the property at over $700,000.

An estimated completion date for the project is not announced.

Be the first to comment on "Permits Filed For 342 22nd Avenue In Outer Richmond, San Francisco"