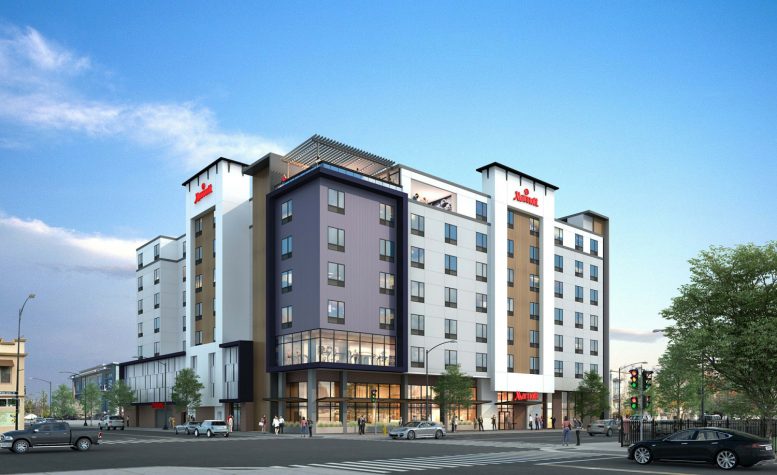 New renderings have been published for a proposed Marriott Hotel at 495 West Carlos Street in Diridon Station, San Jose. The eight-story hotel features architectural design by Studio Current and landscaping by Kimley Horn. Urban Catalyst is responsible for the development.

The 84-foot project, which sits on a lot of 26,240 square feet, will end up providing 120,000 square feet, excluding parking. Its three floors of the parking garage, with space for 117 vehicles, could span up to 78,000 square feet. Vehicular access will be along Josefa Street. 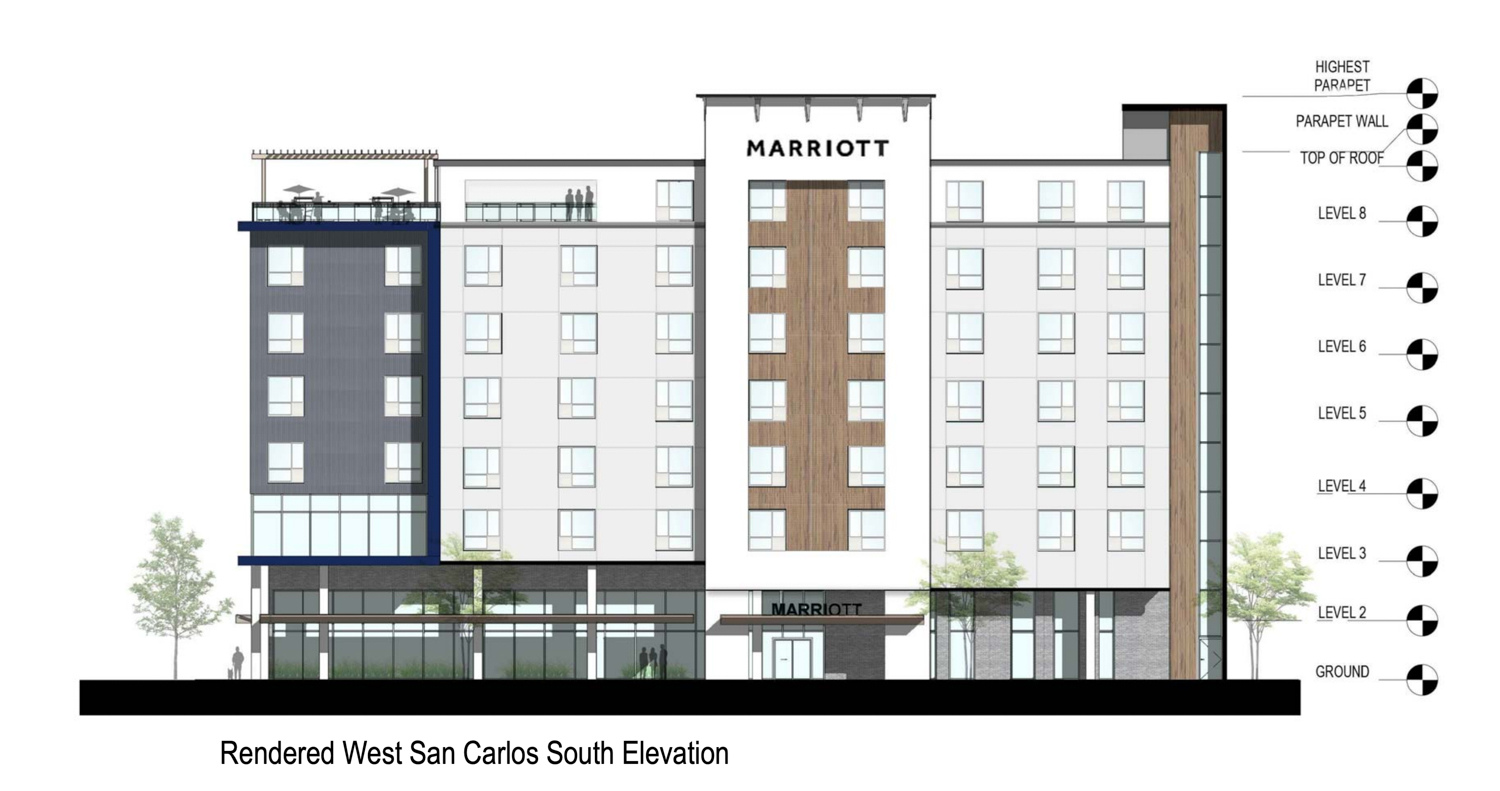 Urban Catalyst’s hotel will produce 175 new guest rooms within the Diridon Station area, a new development zone in the city centered around the BART and Caltrain station. The transit-rich district will offer an array of options for future guests to get around the Bay Area. These guests will be a twelve-minute walk away from the existing San Jose Diridon BART and Caltrain station, as well as a twenty-minute walk away from Downtown San Jose. 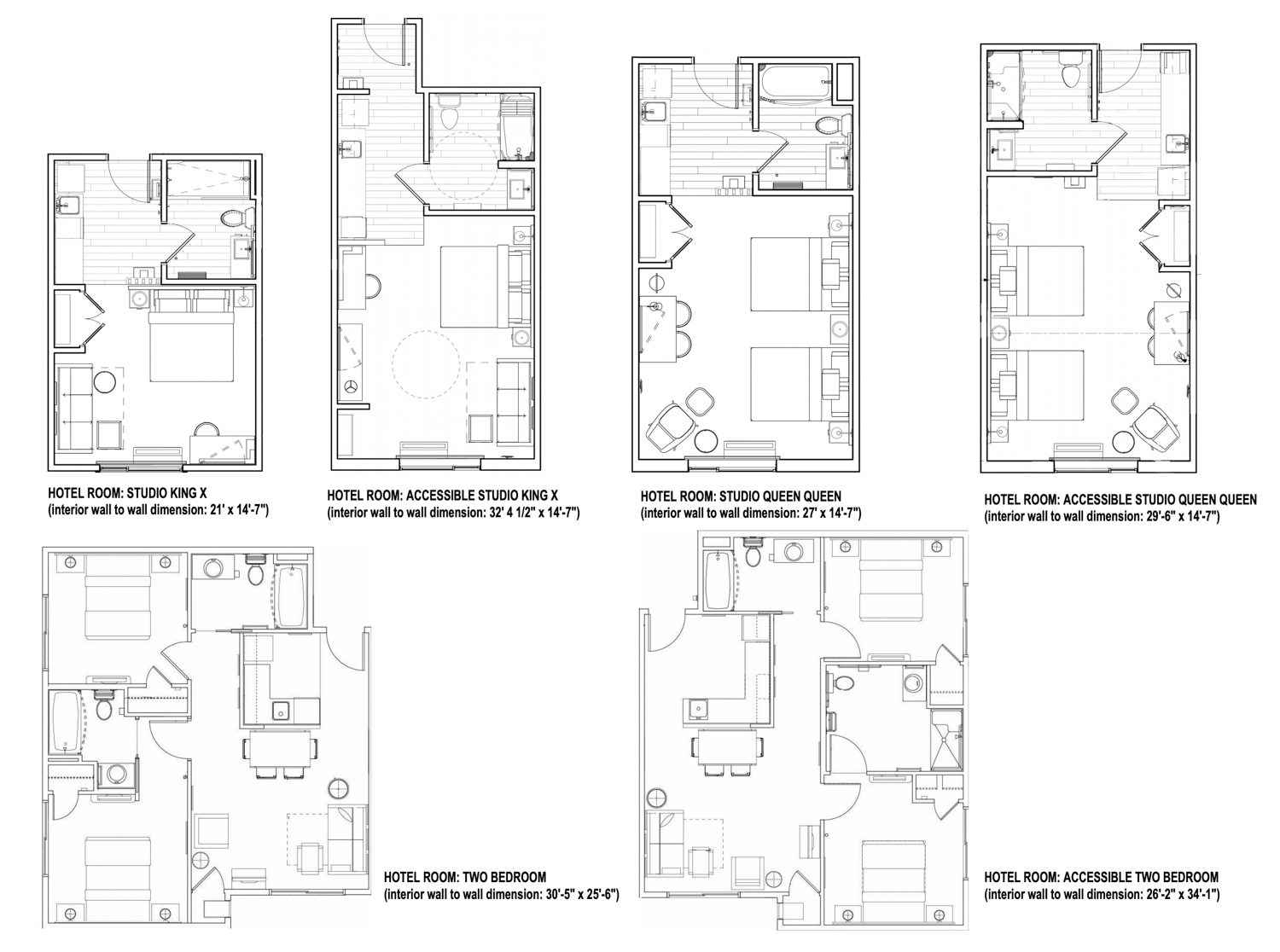 Amenities for guests will include an exercise room, small meeting rooms, and a breakfast dining hall. Common areas will be open on the ground and second floors, as well as the rooftop deck. Its eighth-floor indoor-outdoor lounge area will offer a bar and barbeque pit that can also function for working and informal meetings. Perhaps most interesting will be the fourth-floor interior courtyard, which will provide more rooms with natural lighting. 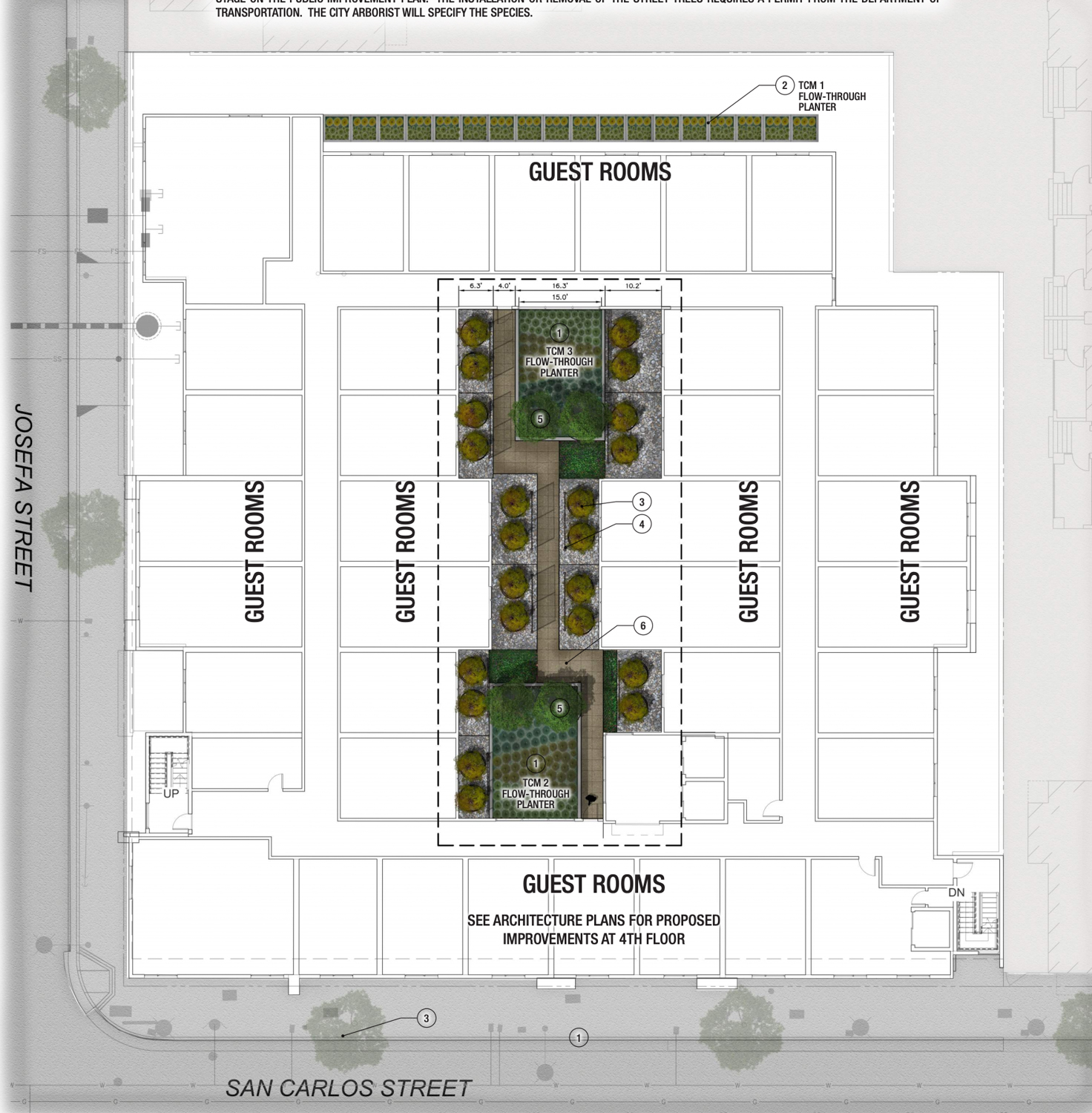 The design by Studio Current will feature Mission-style references and modern facade compilations. In their presentation, they described their work to the Historic Landmark Commission as such:
“The design is intended to be with dark grey-blue brick & storefront glass at the lower levels, with a wood overhang that wraps around the corner of the intersection. Upper portions of the building will be exterior plaster with a high contrasting color palette that accents the building forms’ stepped massing. This project also contains a large landscaped podium courtyard on the 4th level. Lastly, flow-thru planters will be integrated within the courtyard and the podium, to employ stormwater management (bio-filtration).” 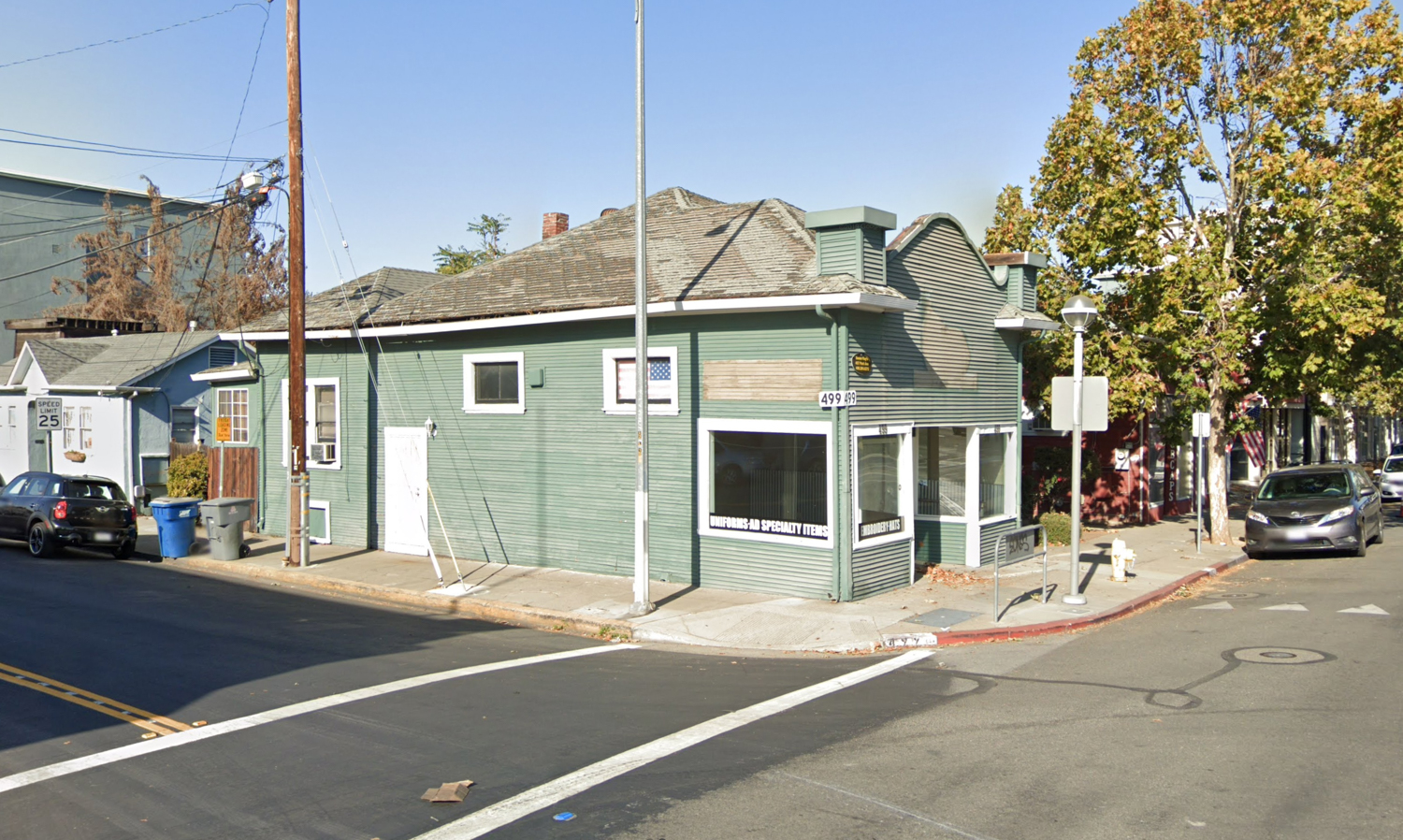 Urban Catalyst is requesting to merge four different lots into one lot for the development to follow through. To carry forward, the developer will need the Historic Landmark Commission’s approval to demolish all existing structures. The only hurdle presented for the project is with 497-499 W San Carlos Street. While it has not been listed before, the existing commercial building was described by staff as “eligible for listing as a City Landmark under criteria 1, 4, 6, and themes of ‘Agriculture & Shelter’ and ‘Commerce.'” The staff goes on to cite it as an example of design from San Jose’s Horticultural expansion period.

This information was published as part of an early referral presentation that the developers and architects will make to the Historic Landmark Commission. The hearing will take place on October 7th at 6:30 PM on Zoom.