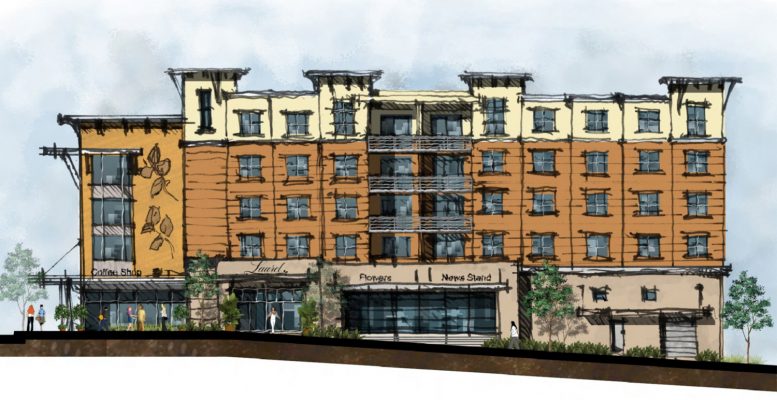 Pre-application permits have been filed for a mixed-use structure at 4311 MacArthur Boulevard between Laurel and Redwood Heights, Oakland. This resurrects hope for developing the vacant lot by AMG & Associates. The firm had pursued a smaller project in March 2010, though it withdrew in 2016. New permits describe a 197-unit mixed-use affordable housing development to qualify for Senate Bill 35 (SB35) to expedite approval.

The 78-foot structure will rise from the 40,860 square foot parcel. The ground floor will include eight parking spaces, 2,470 square feet for retail, and 1,500 square feet of open space to benefit the residents.

Here is how SB35, signed in 2017, changes the project. It is the Affordable Housing Streamlined Approval bill, so most significantly, all units will be sold as affordable housing. The pricing is likely to vary to reach a few Area Median Incomes (AMI). The value often ranges from 50%AMI, 80% AMI, to 110% AMI.

Thanks to SB35, bureaucratic barriers are removed so that affordable housing is built more quickly. Typically, the neighborhood requires approval for any development above 45 feet. Parking requirements are often even more burdensome, as exemplified by AMG’s 2010-filed proposal with 115 units and 65 parking spaces. As well, the projects’ density and open space would usually require committee approval. SB35 allows the project to skip those time-intensive steps. 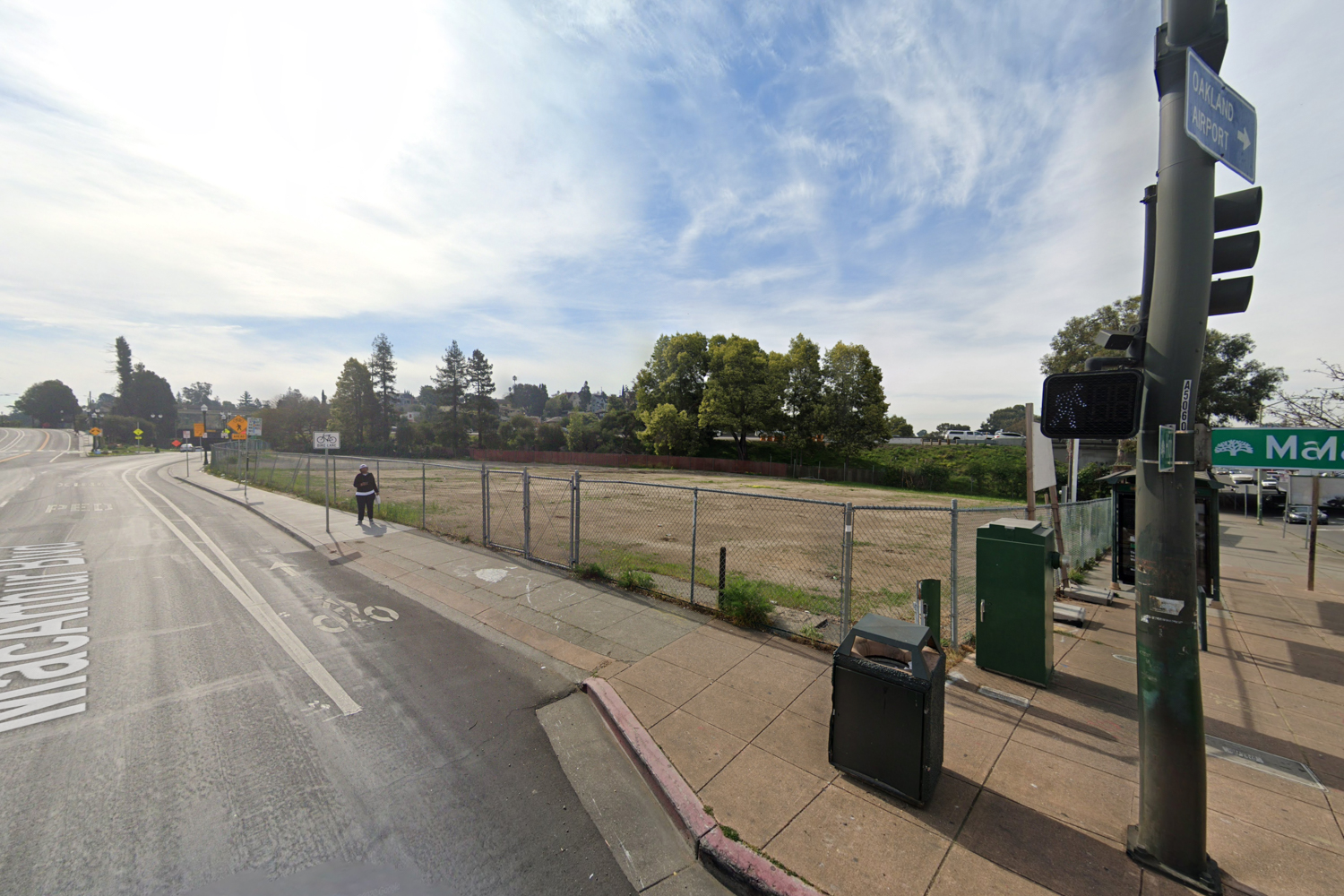 While previous illustrations such as the one used for this story’s header give insight into what AMG planned in the past, visual material has not been updated. The development permit is currently under review, and an estimated completion date has not been announced.

Excavation Underway for Stak Site at 1900 Broadway in Downtown Oakland