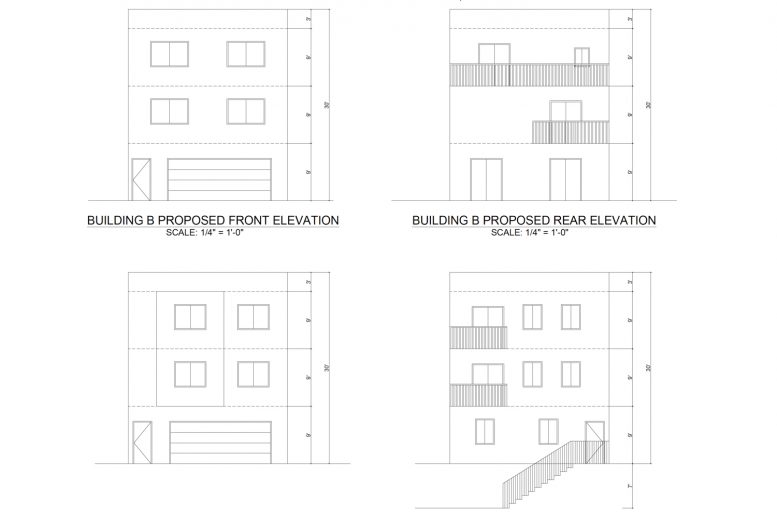 Planning application has been filed for a project review meeting to construct two new residential buildings at 1149 Girard Street in Visitacion Valley, San Francisco. The block-wide parcel would yield four units, two along Girard Street, and two along San Bruno Avenue. Sunnydale-based Triplet Technology LLC is responsible for the proposal. 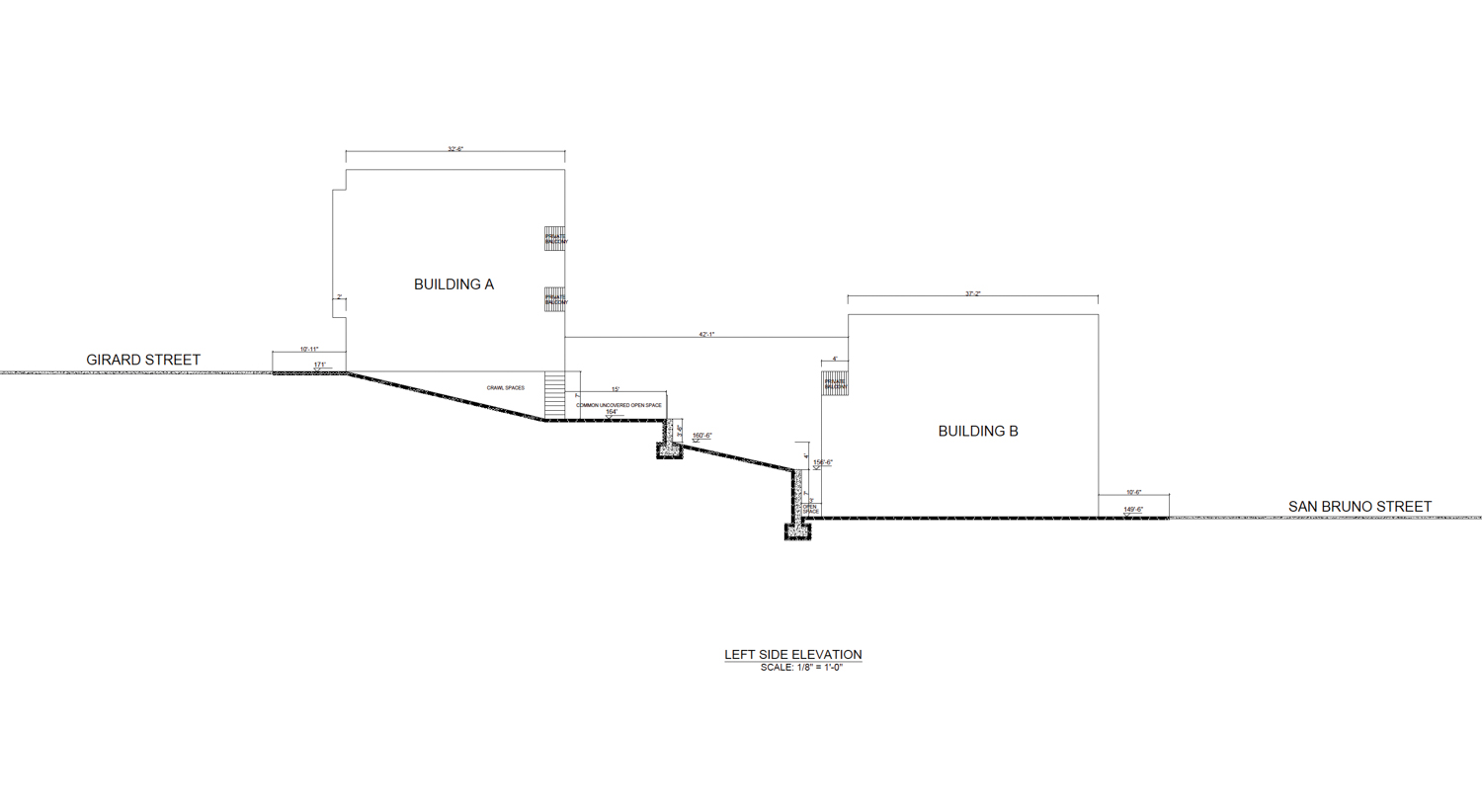 The two structures will span over 5,300 square feet, with 2,333 square feet in Building A and 2,982 square feet in Building B. The ground level of Building A will have a two-car garage with storage for both units, and a shared 418 square foot backyard. Both units occupy a full floor plate with private balconies, two bedrooms, and bay windows. Building B does not feature a bay window, nor is the two-car garage accessible for both units. The lower apartment spans four bedrooms, while the top-level unit includes two bedrooms. 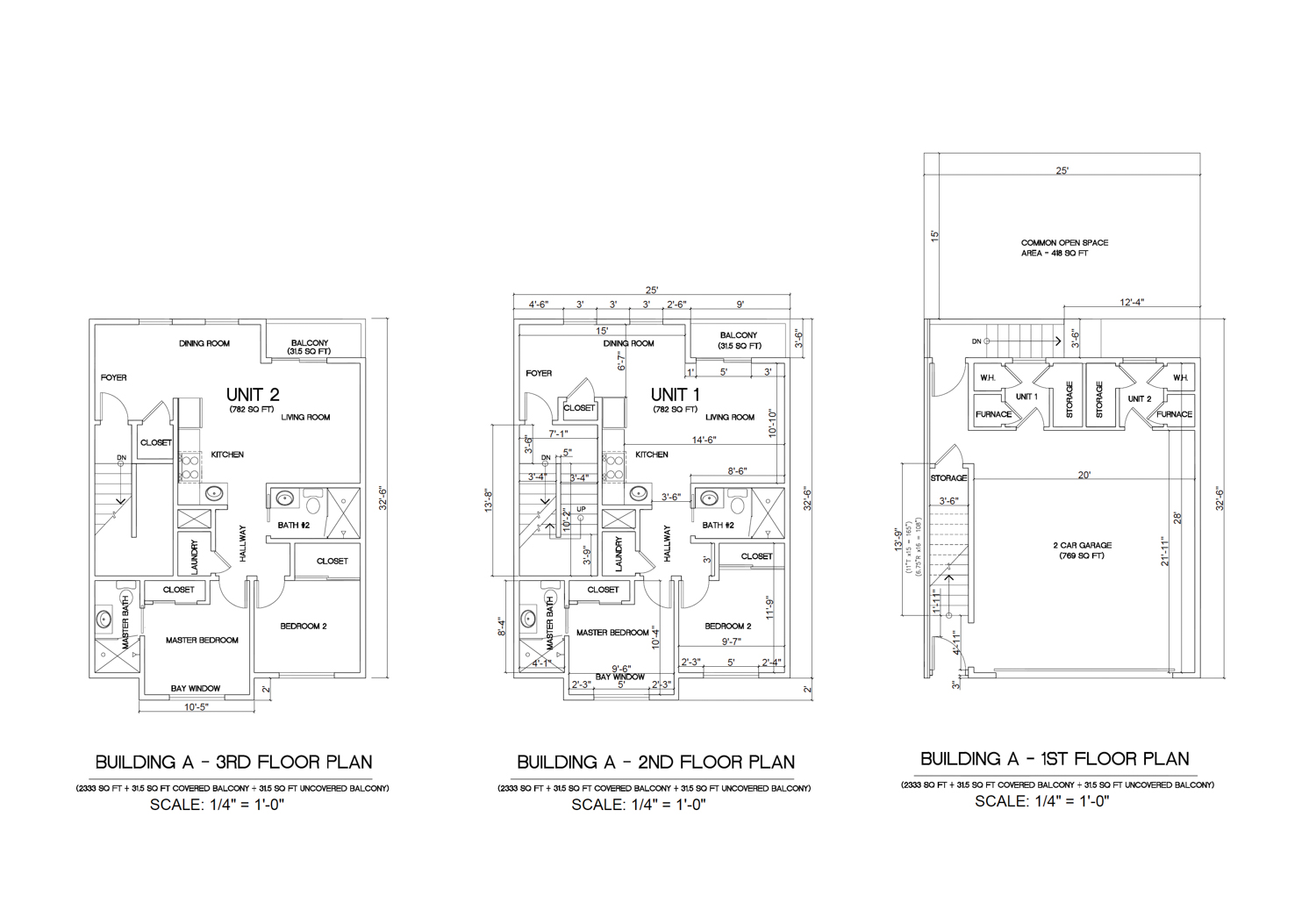 The project is in the Visitacion Valley neighborhood of San Francisco, a mile and a half from the planned 1,770-apartment development called Sunnydale HOPE SF, located at 242 Hahn Street. The Bayshore Boulevard & Hester Avenue bus station, serviced by the 91, is less than ten minutes away by foot, with light rail another seven minutes north. Each line offers future residents a direct line into the city center and the Presidio. 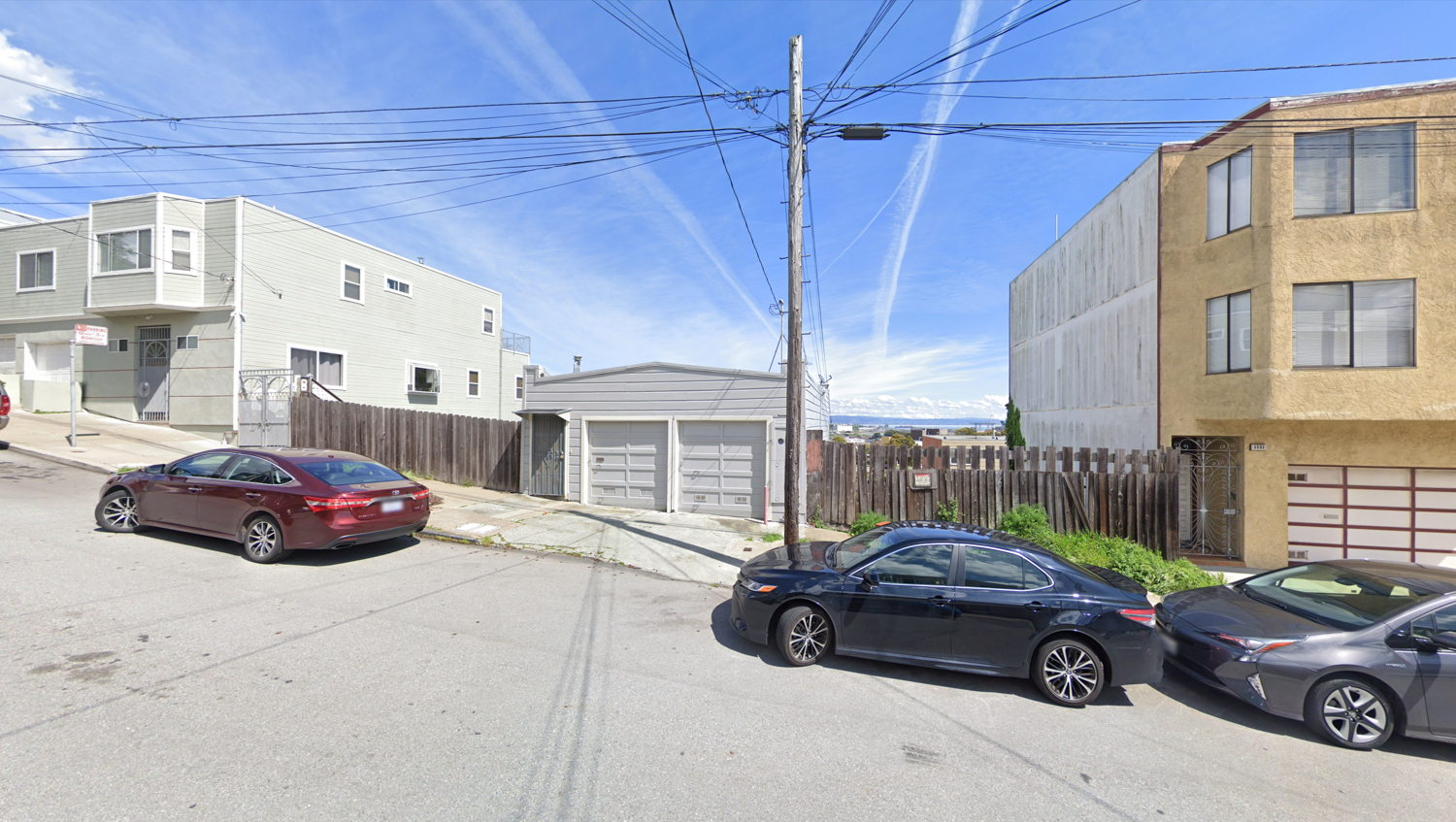 Be the first to comment on "Plans Filed for 1149 Girard Street, Visitacion Valley, San Francisco"