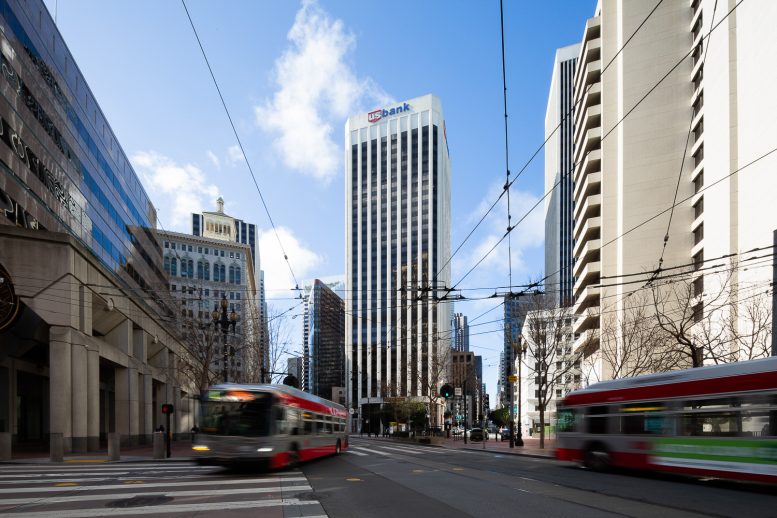 Coming in as the 46th tallest tower in the Bay Area planned or built is One California Street in the Financial District of San Francisco. While it is not high on the list, the building holds an extraordinarily prominent position looking over two entrances to the busy Embarcadero BART station along Market Street and nearby the San Francisco Ferry Building. The building topped out in 1969 at 438 feet, making it the fifth tallest skyscraper in the city until 1971. 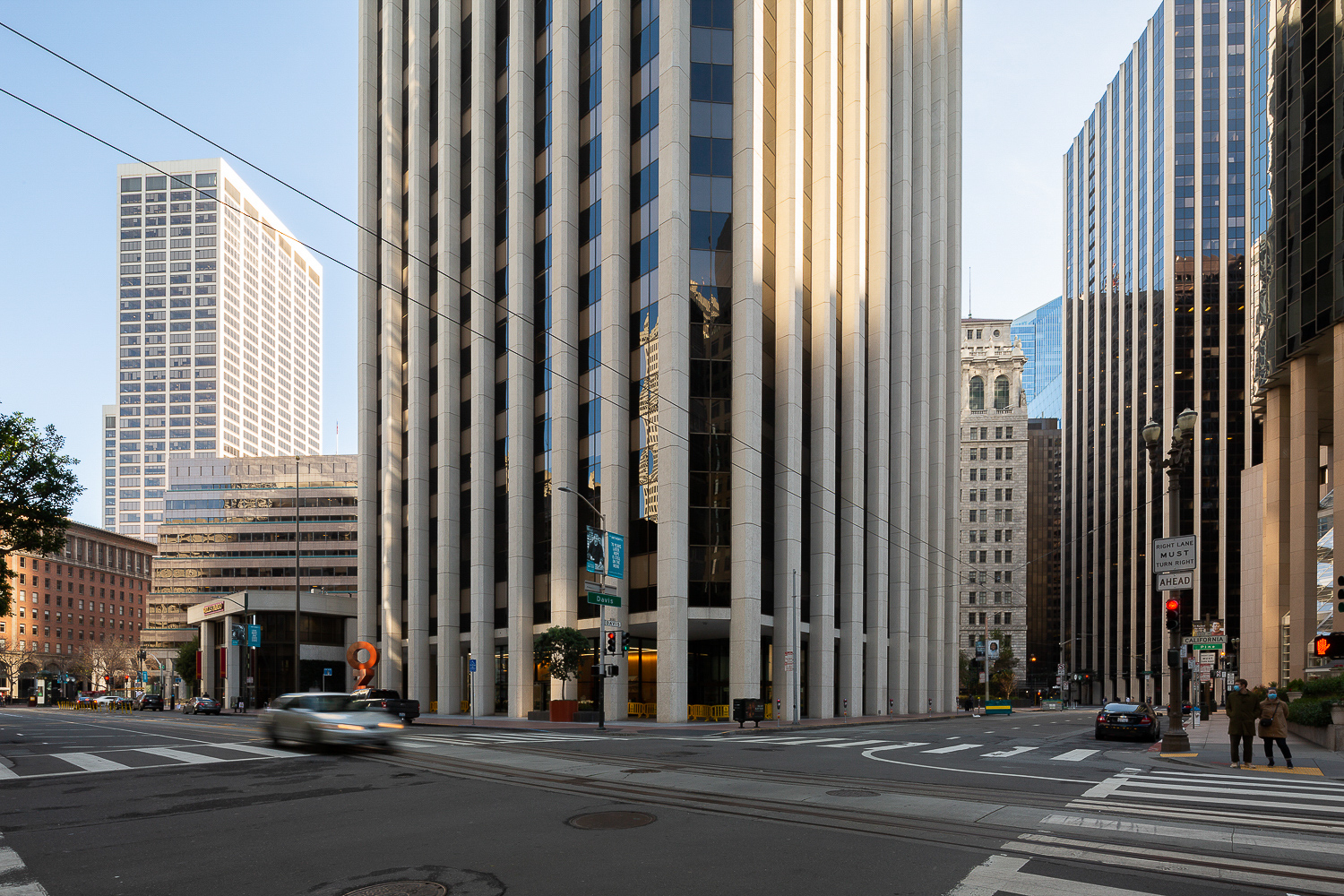 One California Street with the Becket-designed One Market Plaza tower on the images left, image by Andrew Campbell Nelson

Shorenstein is the property owner as of the 1990s. The 32-story building yields 495,280 square feet of floor area, serviced by thirteen elevators. While the complex is primarily filled with offices, there are 2,830 square feet of retail on site. The facilities include a below-ground 135-car garage, storage for 48 bicycles, and a locker room with showers for such commuters. 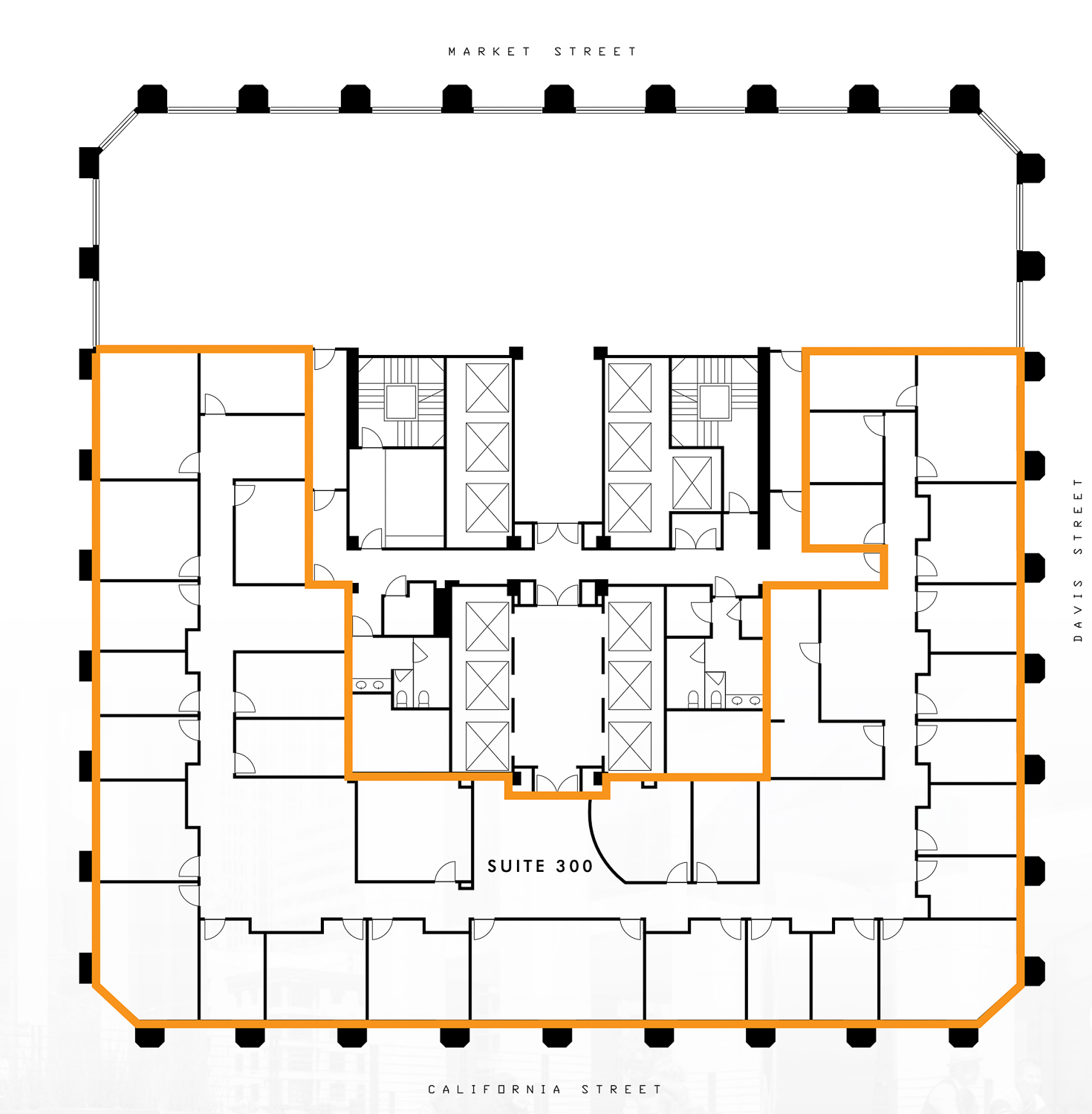 Welton Becket Associates, one of the most prominent architecture firms of the 1960s, is the architect. The facade provides a stark contrast between sandblasted white concrete columns and a dark black curtain wall system. Becket Associates is also responsible for designing three other buildings that will show up on SFYIMBY’s countdown of the Bay Area’s tallest buildings. This includes 50 California Street standing 486 feet tall, McKesson Plaza at 528 feet tall, and One Market Plaza rising 564 feet tall. However, the firm’s most recognizable design is down South, with the cylindrical Capitol Records Building, completed in 1956 and deemed a Hollywood city landmark. 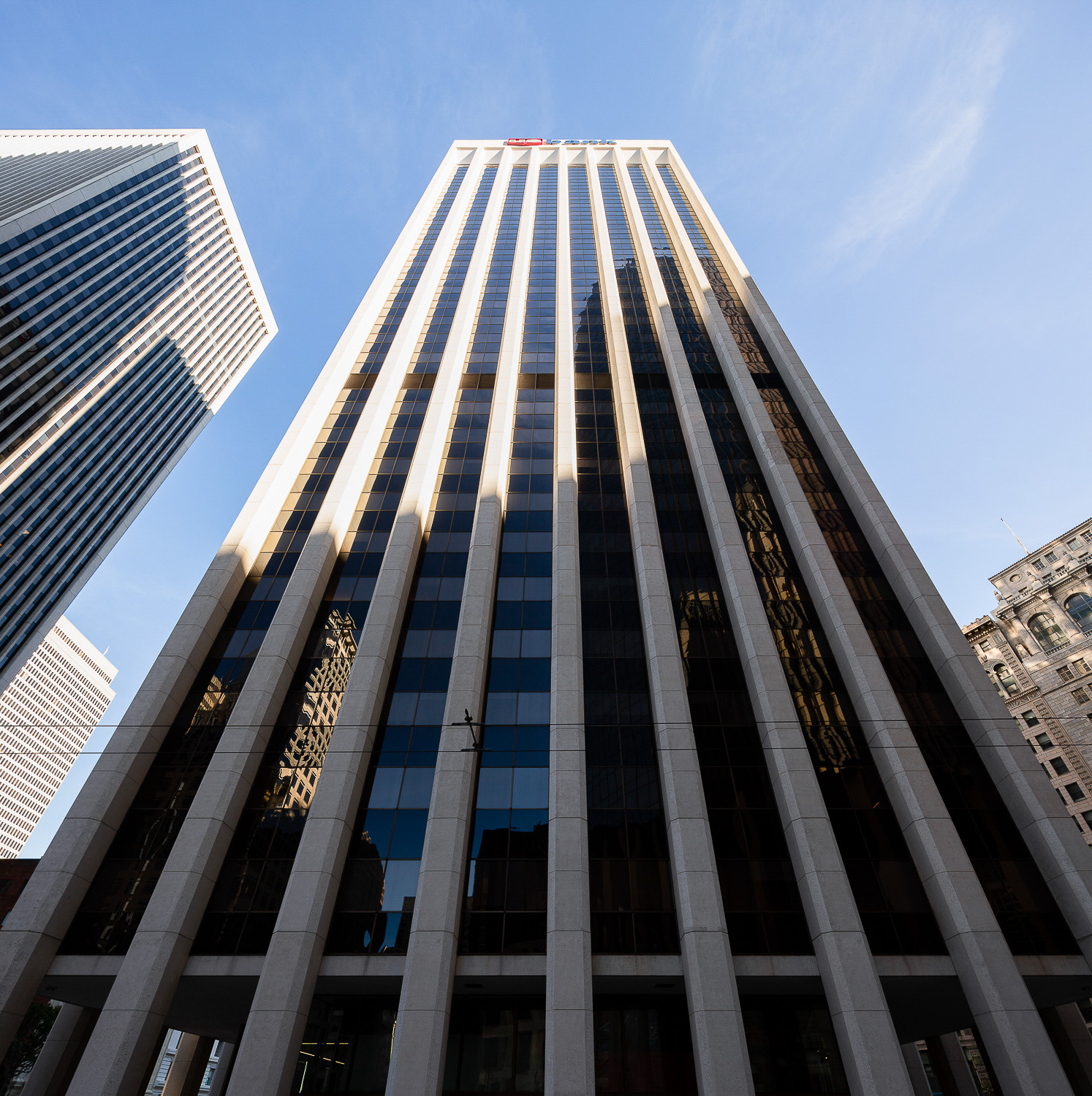 One California view from below, image by Andrew Campbell Nelson

The firm’s work exemplifies the Modernist style of architecture proliferating across the world. The tower was completed the same year as the iconic SOM-designed 555 California Street and Becket-designed McKesson Plaza. The two designed by Becket and SOM’s skyline-defining red carnelian granite tower were at the forefront of a construction boom in the city. They are widely credited as being part of the campaign to stoke the infamous social anxiety against the ‘Manhattanization’ of San Francisco. ‘Manhattanization’ extended from concerns about ‘ugly skyscrapers’ to crime and perceived changes in social behavior. This occurred during the same period as the White Flight migration from cities to the suburbs across the United States. 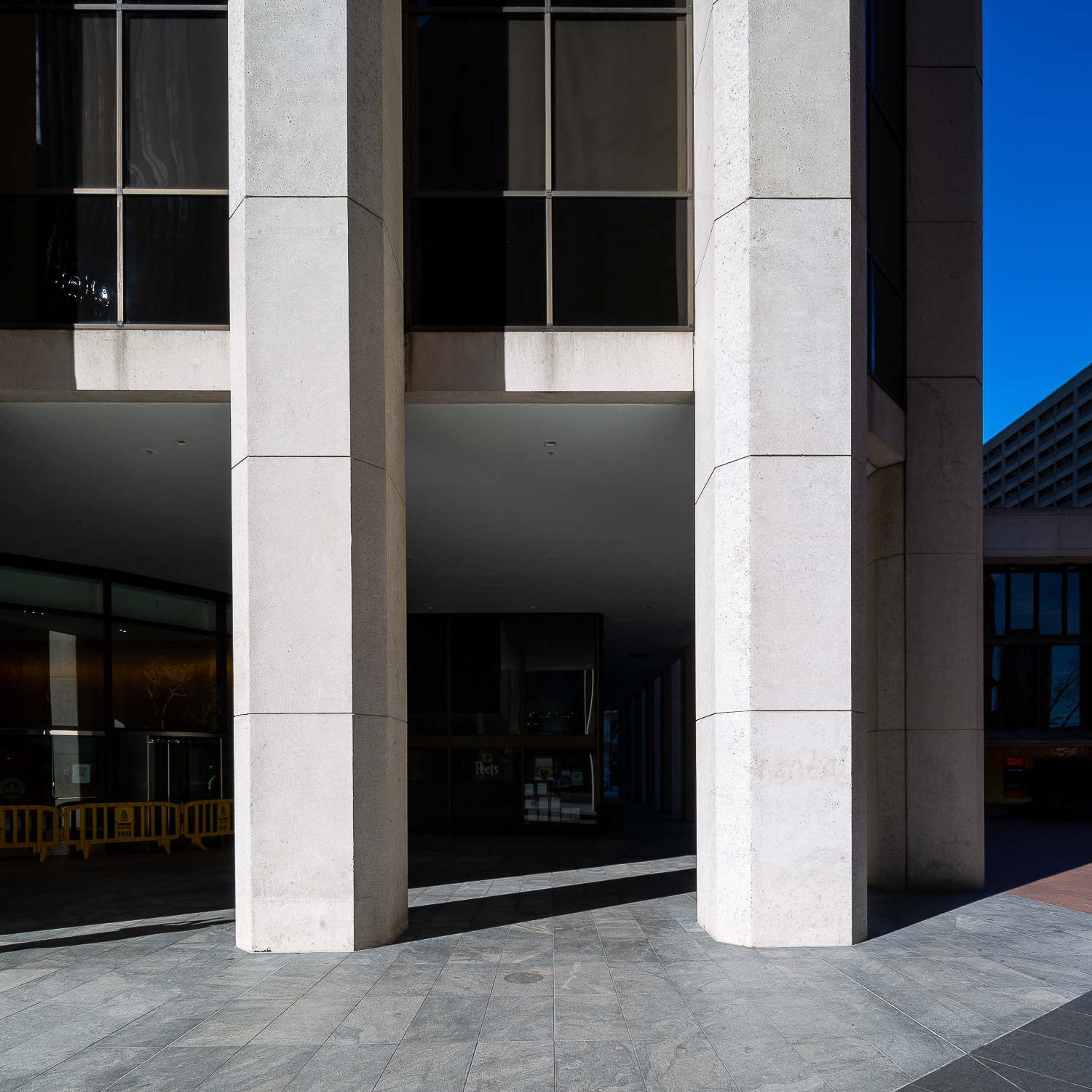 The tower opened up as the Mutual Benefit Life Tower. It later became the Airtouch Building, named after the former wireless telephone service provider, and has shown off signage for US Bank at its peak since 2005. One California remains one of a handful of buildings to have corporate signage on its crown since the city’s planning code was changed to prohibit new signage above a hundred feet on new buildings. 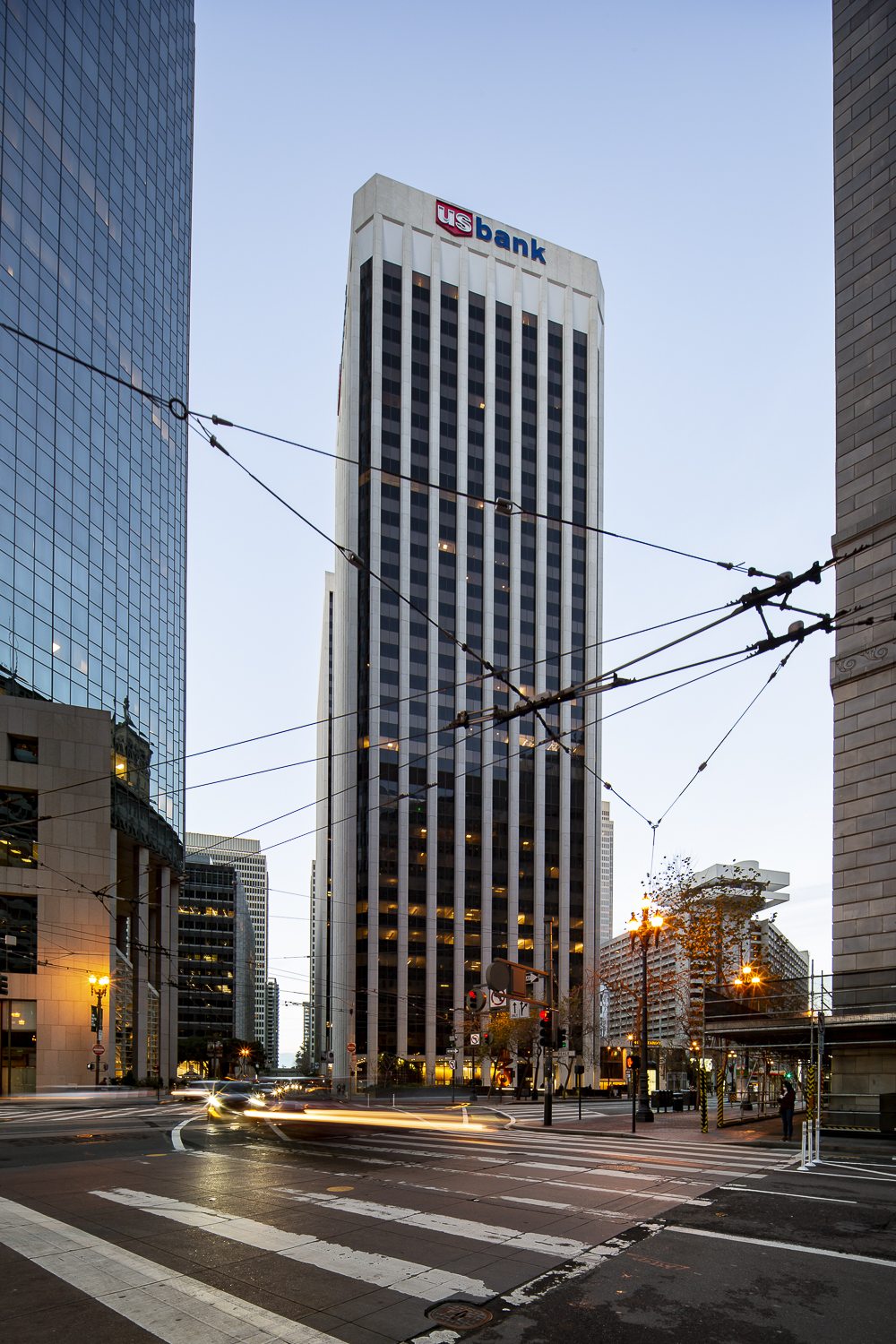 The building now features Class A office space with LEED Gold Certification. After Shorenstein purchased the building, the lobby was remodeled with wood, polished granite, and hand-fitted tiles.

Be the first to comment on "Number 46: One California Street, Financial District, San Francisco"