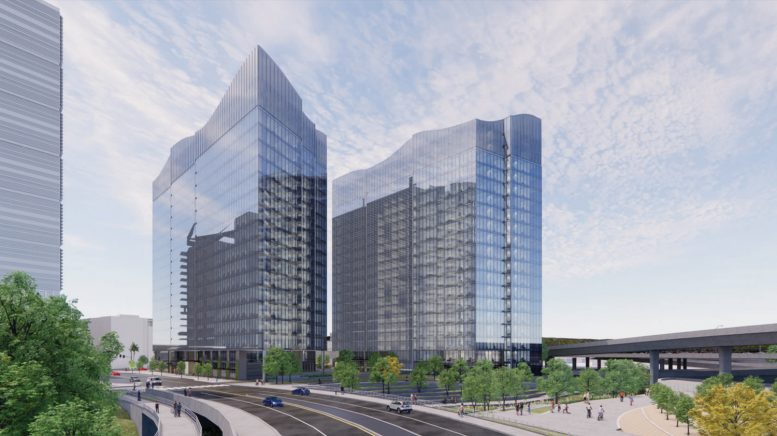 A recently filed draft has revealed a redesign for 280 Woz Way, a two-towered office proposal expected to rise by the southern corner of downtown San Jose. The most notable design change is removing three sky bridges that connected between six levels. The first stages of construction are expected to begin later this year. Cupertino-based KT Urban is the project developer. 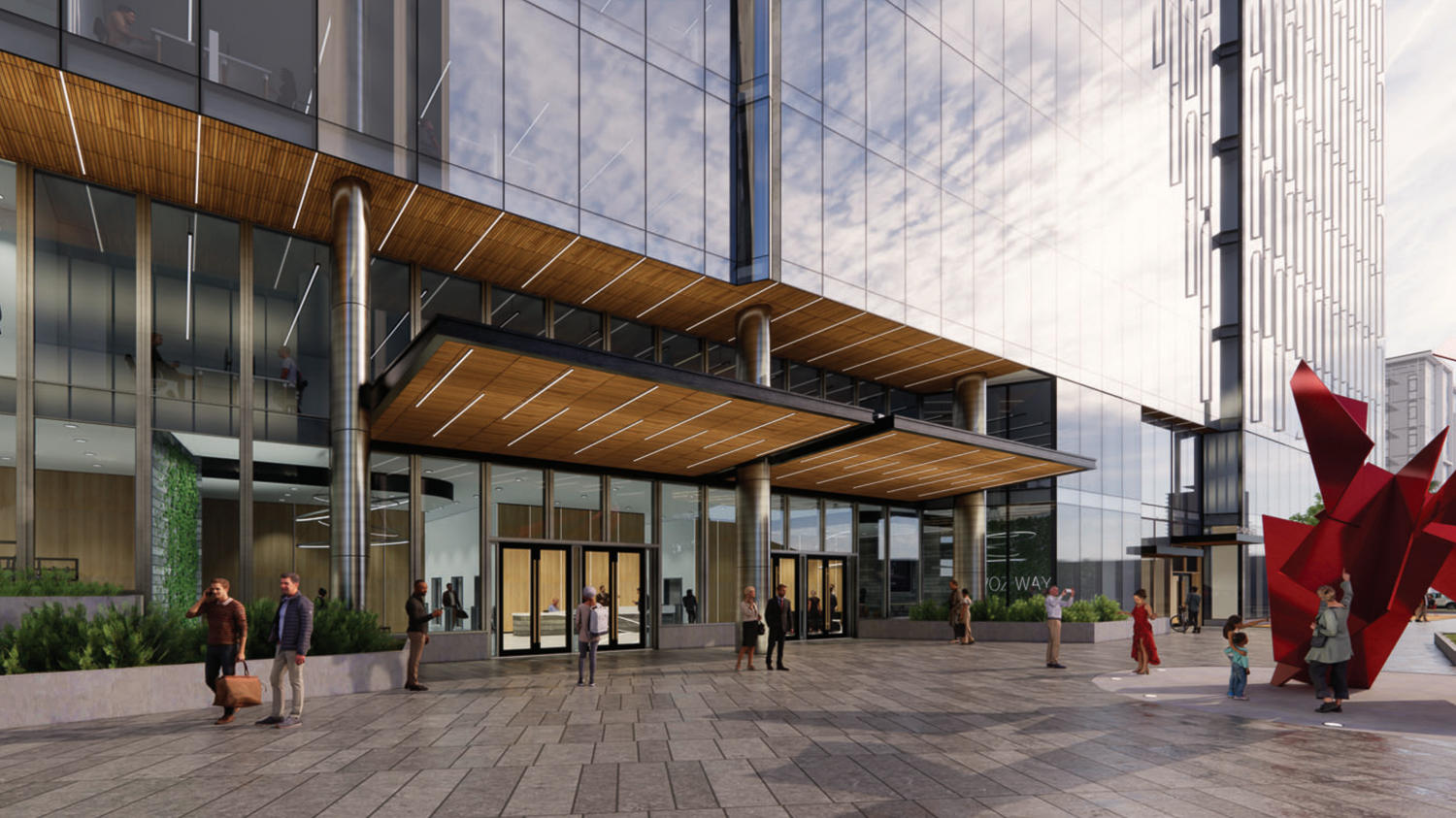 KT Urban plans to remove 16 of 17 existing single-family houses within the block to free up 134,160 square feet for development. The two towers will rise 20 stories to produce 1.85 million square feet, of which 1,226,600 square feet will be used for offices, 10,110 square feet of retail, 8,960 square feet for a patio terrace, and eight floors of on-site parking, half below ground and a half above ground at the south tower. The four-floor below-ground garage will yield most car parking space, 1,068 of the 1,259 total vehicular capacity. 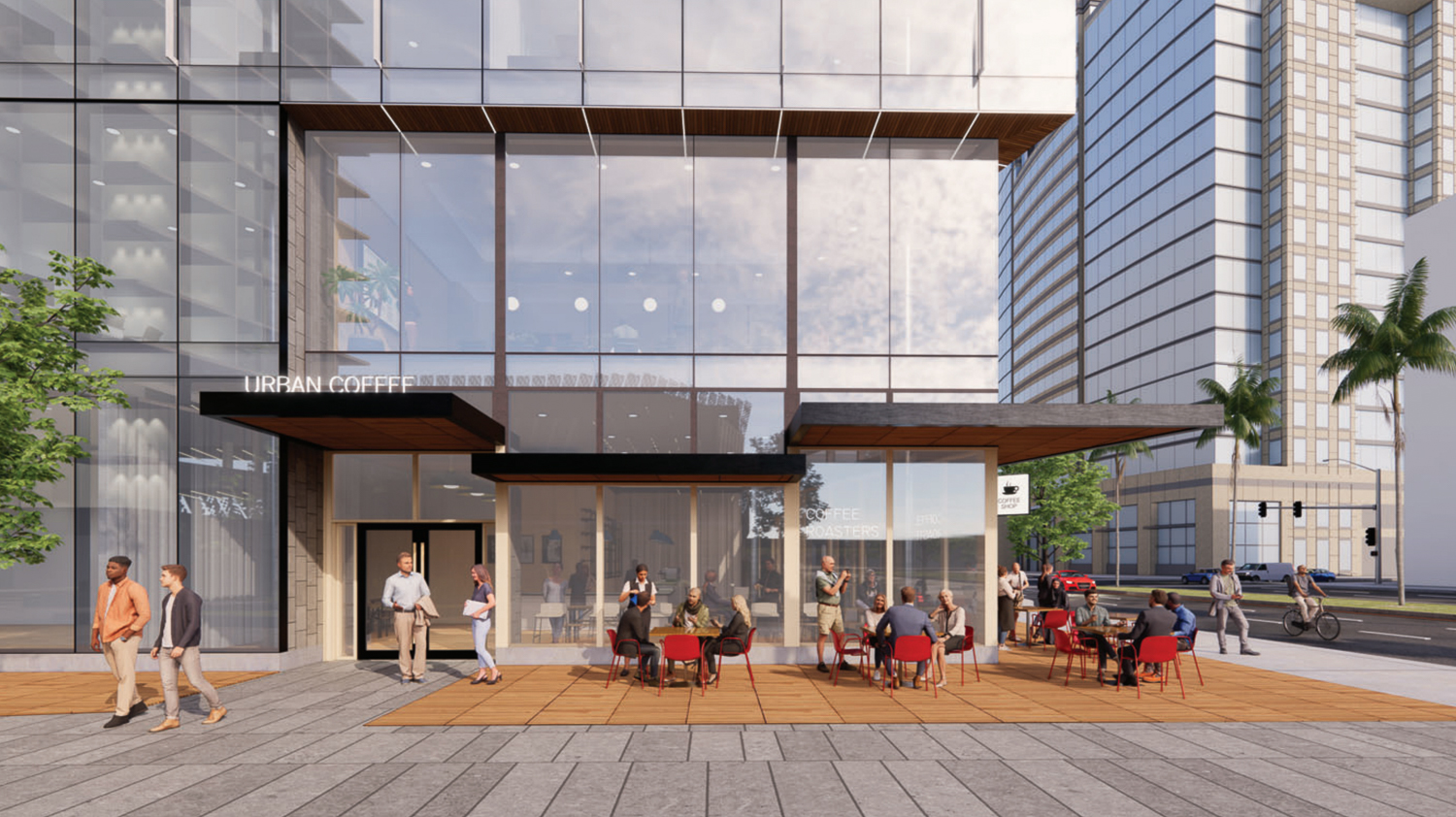 The retail component will take up a large portion of the north tower’s ground floor. It is planned at the east corner of the tower, facing the intersection between Woz Way and Almaden Boulevard. Across the project, there will be a spread of open-air decks on all odd-numbered floors between 7 and 19. 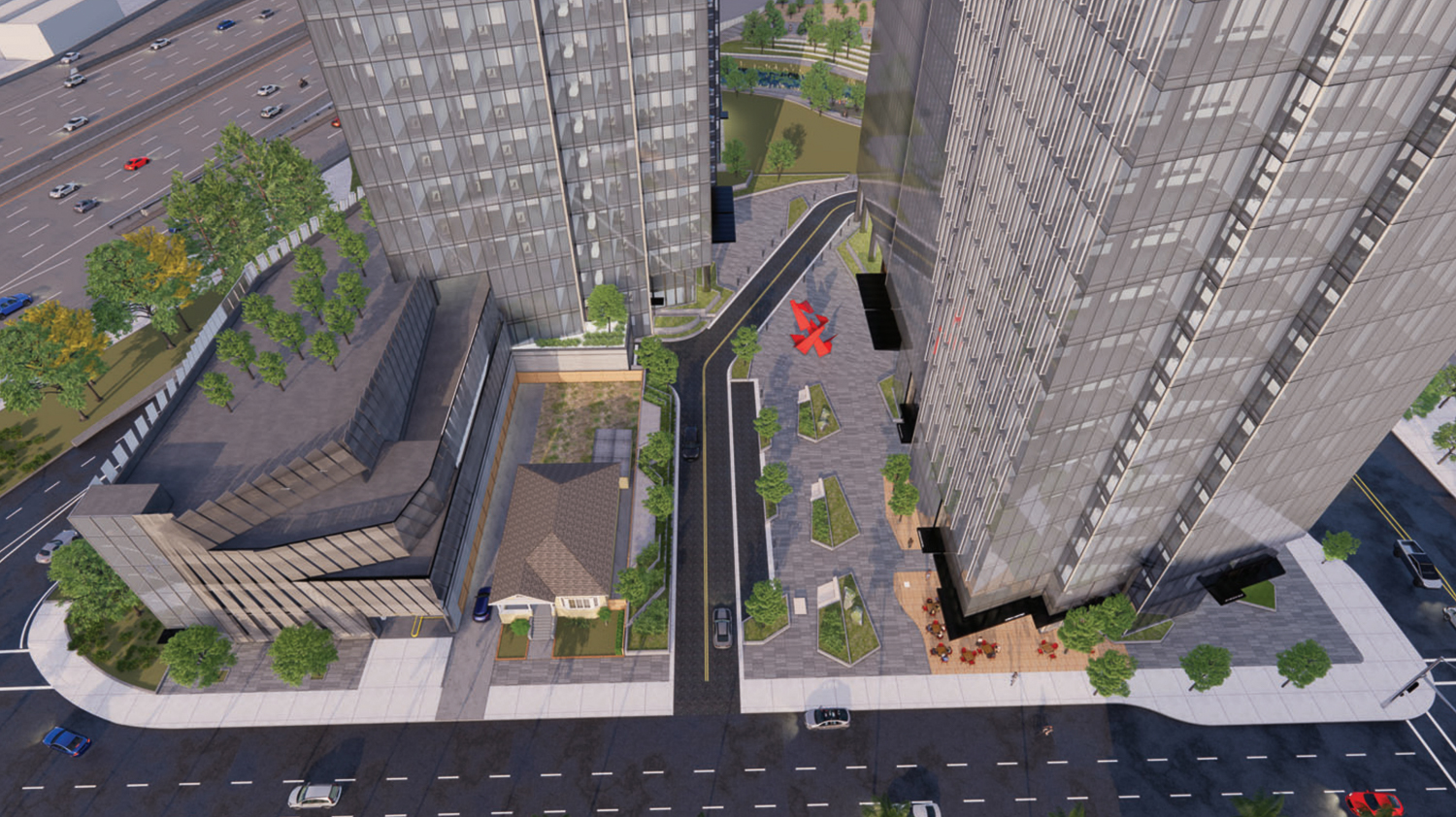 KT Urban expects to reach near the city’s maximum height limits, 297 feet above street level. The project objectives include contributing to the city’s 2040 General Plan vision, encouraging pedestrian-oriented development around the Guadalupe River Park, and strengthening the downtown’s role as a regional employment hub. 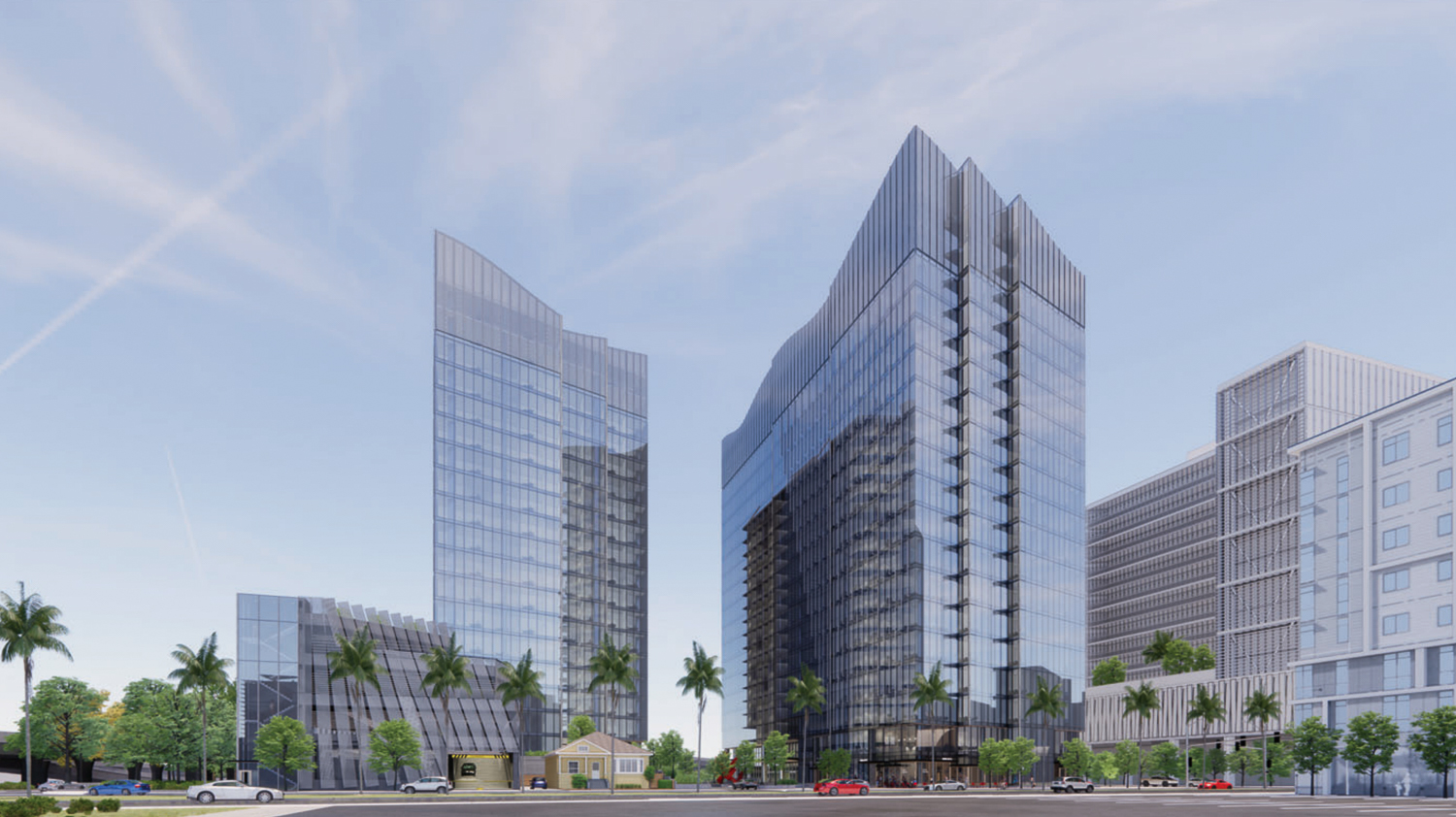 C2K Architecture is responsible for the design. While this latest iteration removes the three sky bridges, many other features have changed about the building. Randomized patterns of white vertical pre-finished aluminum fins are removed, though introduced in an organized textured pattern across the curtain wall skin. C2K gave the roof profile a new treatment to enhance its contribution to the city’s evolving skyline. 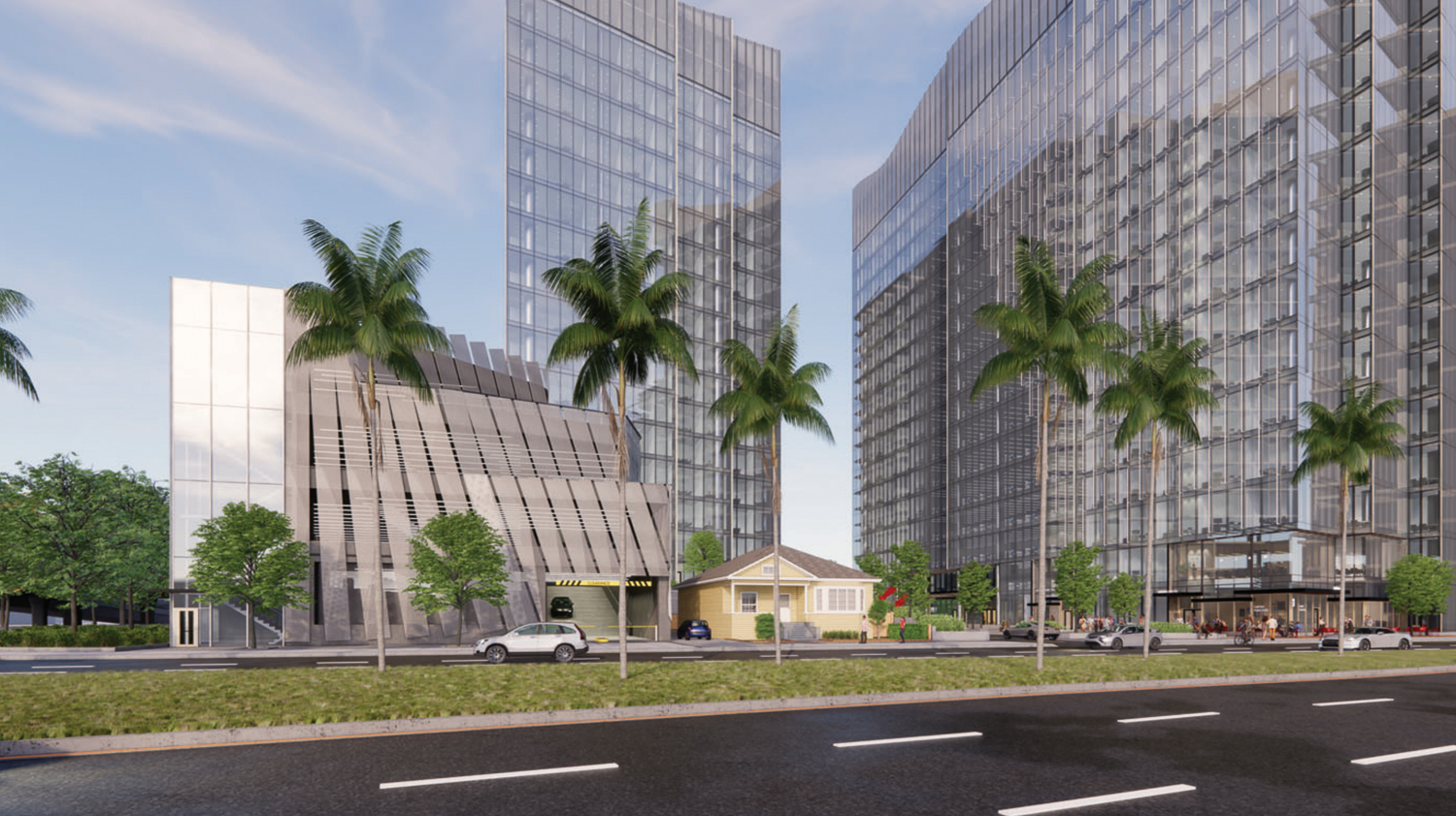 One might have already spotted a single-family house facing South Almaden Avenue in some of the illustrations. The owners of the 1908-built cottage at 541 Vine Street did not sell the structure to KT Urban, and thus it is expected to remain on-site throughout and following the construction of the nearly over million square foot office project. 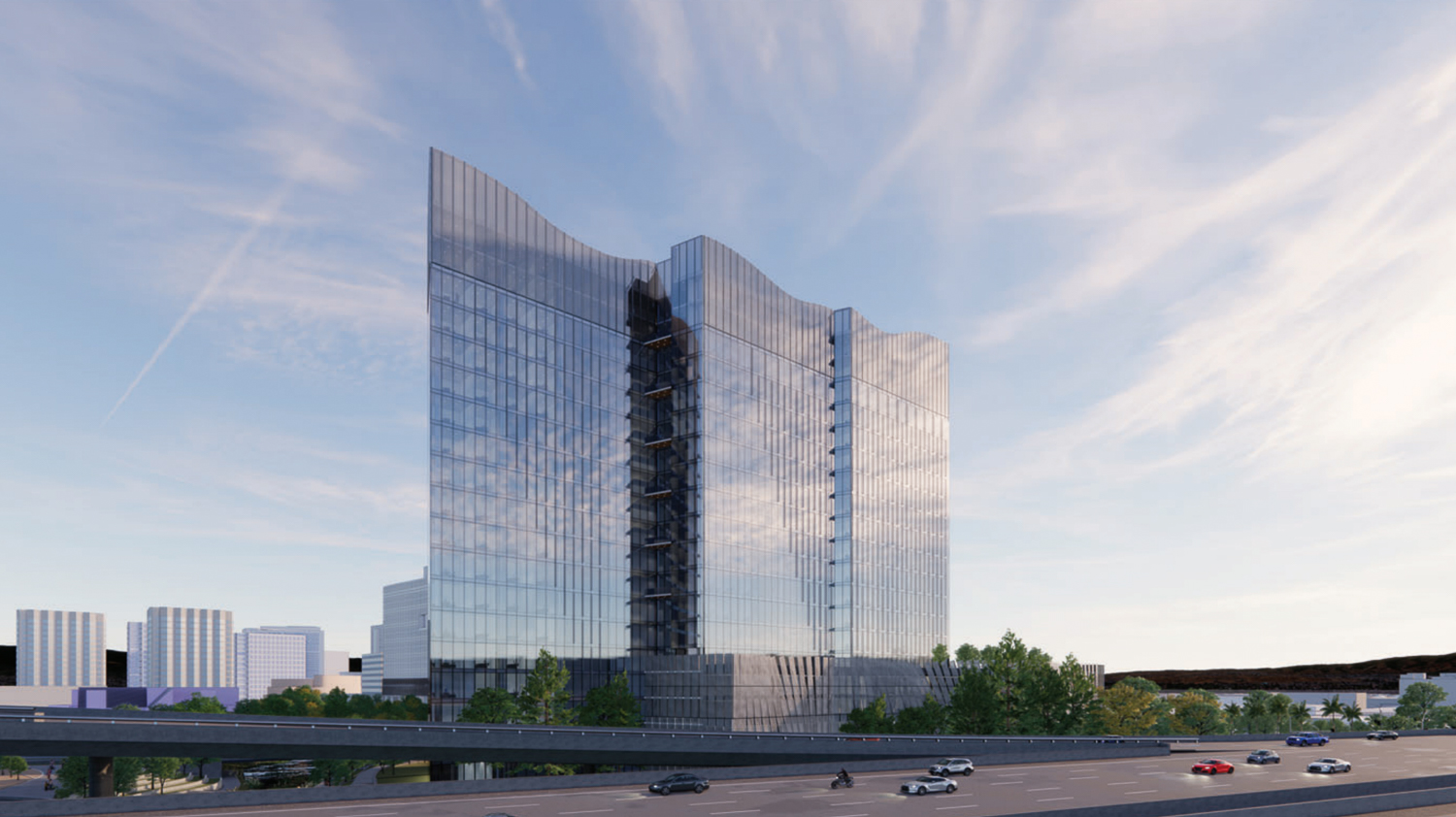 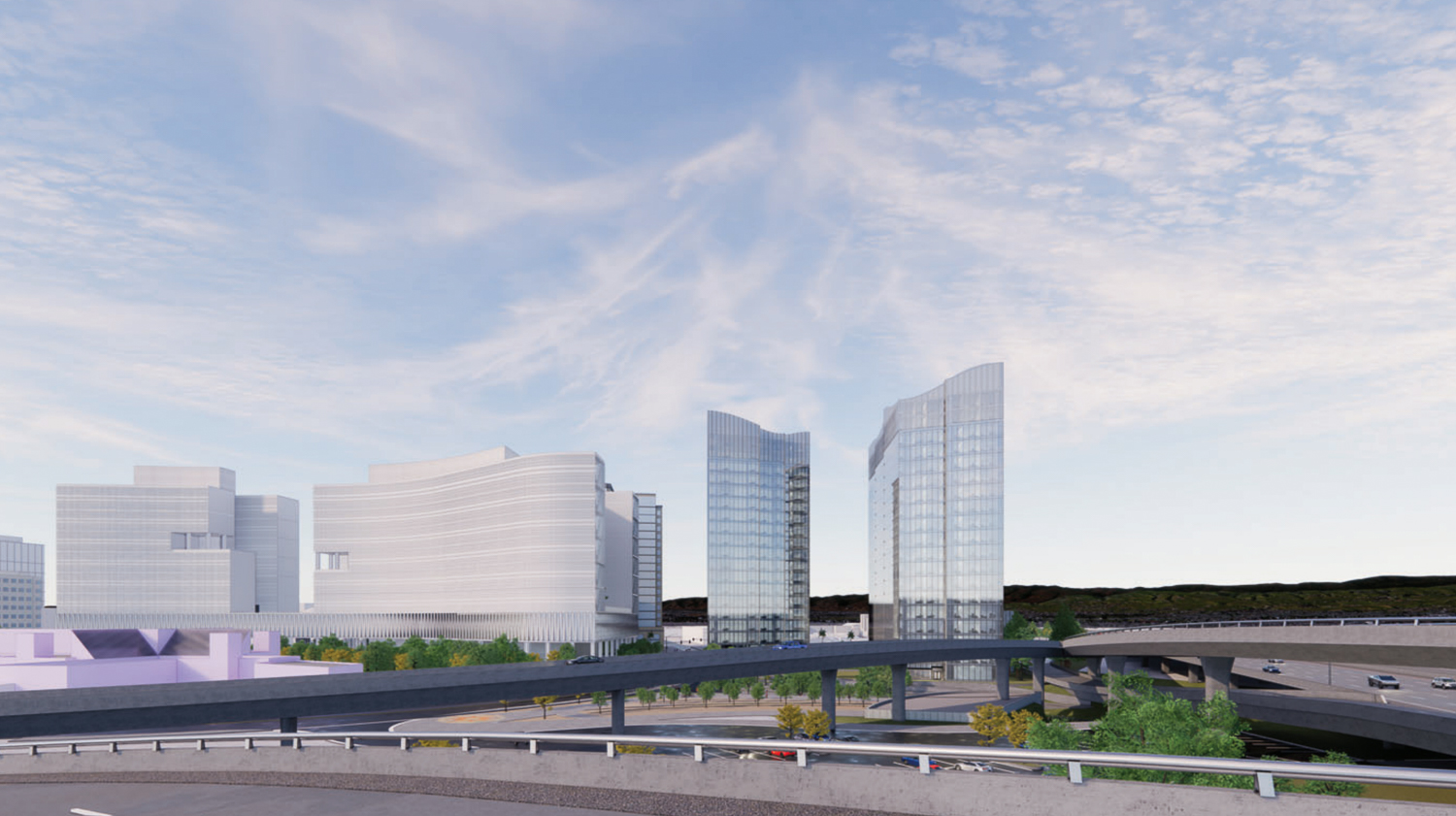 Planning permits for the project were filed in April of 2020. The application is currently under review. Construction is expected to start mid-2021, ahead of air quality and noise technical analysis. Following the mid-2021 start, construction is expected to have a duration of 31 months. Excavation will extend forty feet below grade, exporting roughly 191,000 cubic yards of earth.