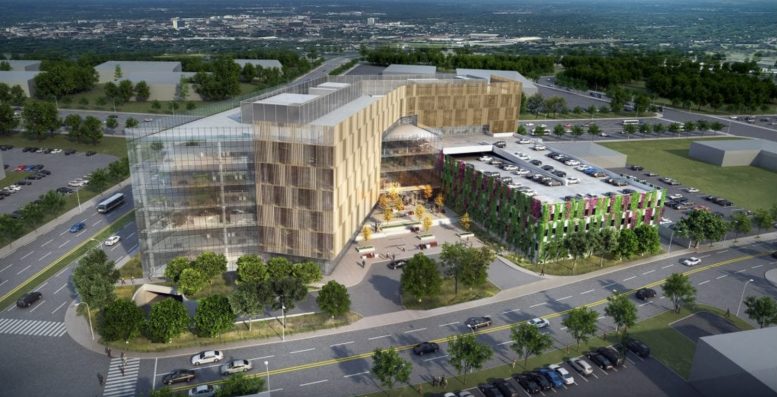 Facade work is wrapping up on 3200 Scott Boulevard, a six-story project called the San Tomas Square office building in Santa Clara. The 230,500 square foot office building is located just a block from the clover intersection with 101 and the San Tomas Expressway. Los Angeles and Shanghai-based Verse Design is responsible for the architecture, while MDY Properties is the project developer and owner. 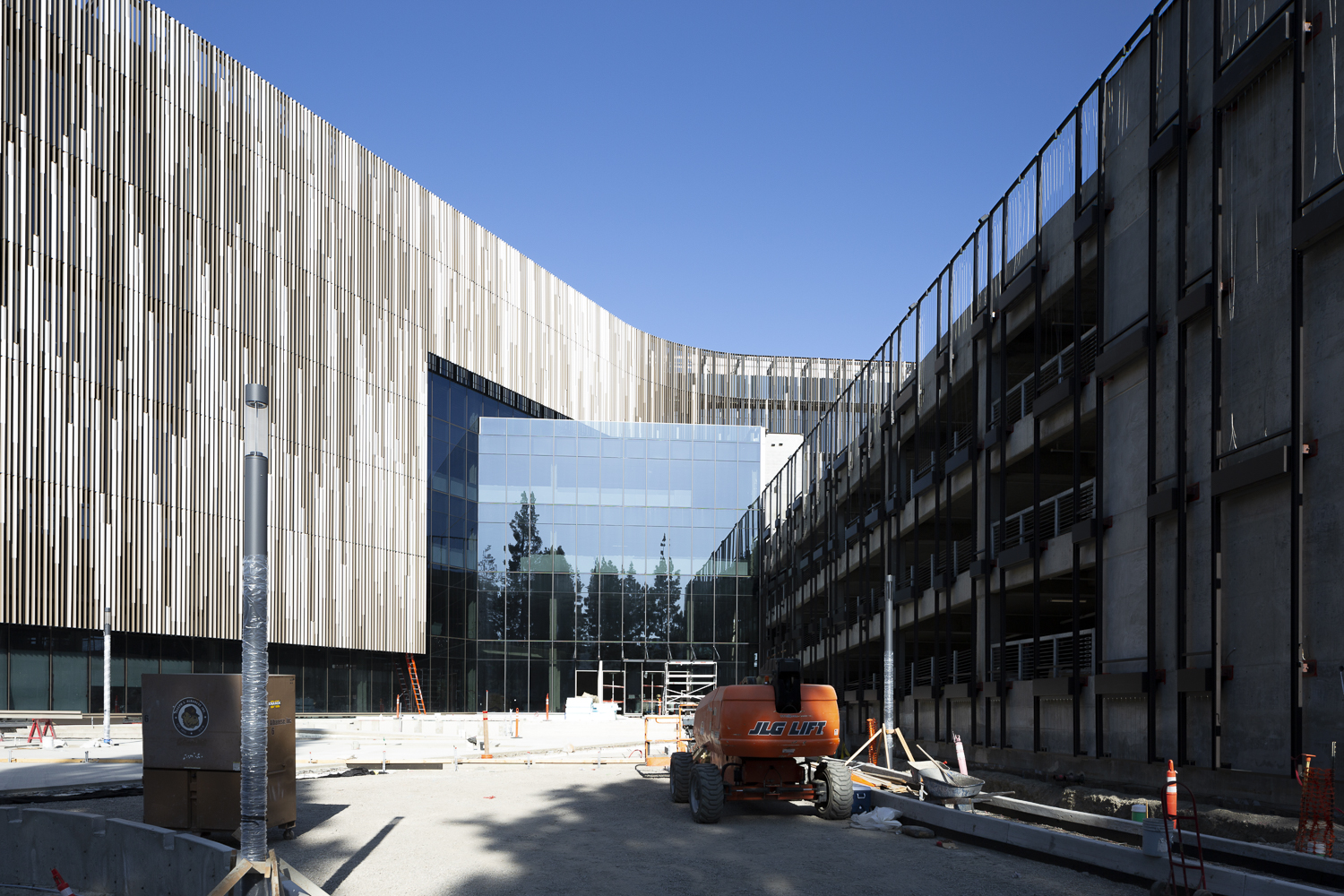 A recent site visit by SFYIMBY shows that the unique louver-clad wall wrapping across half the building is fully up. Construction work has finished laying concrete for the landscaped plaza, with detailing and greenery left to be added. The project is still wrapped by a barrier allowing entry to construction crews only. 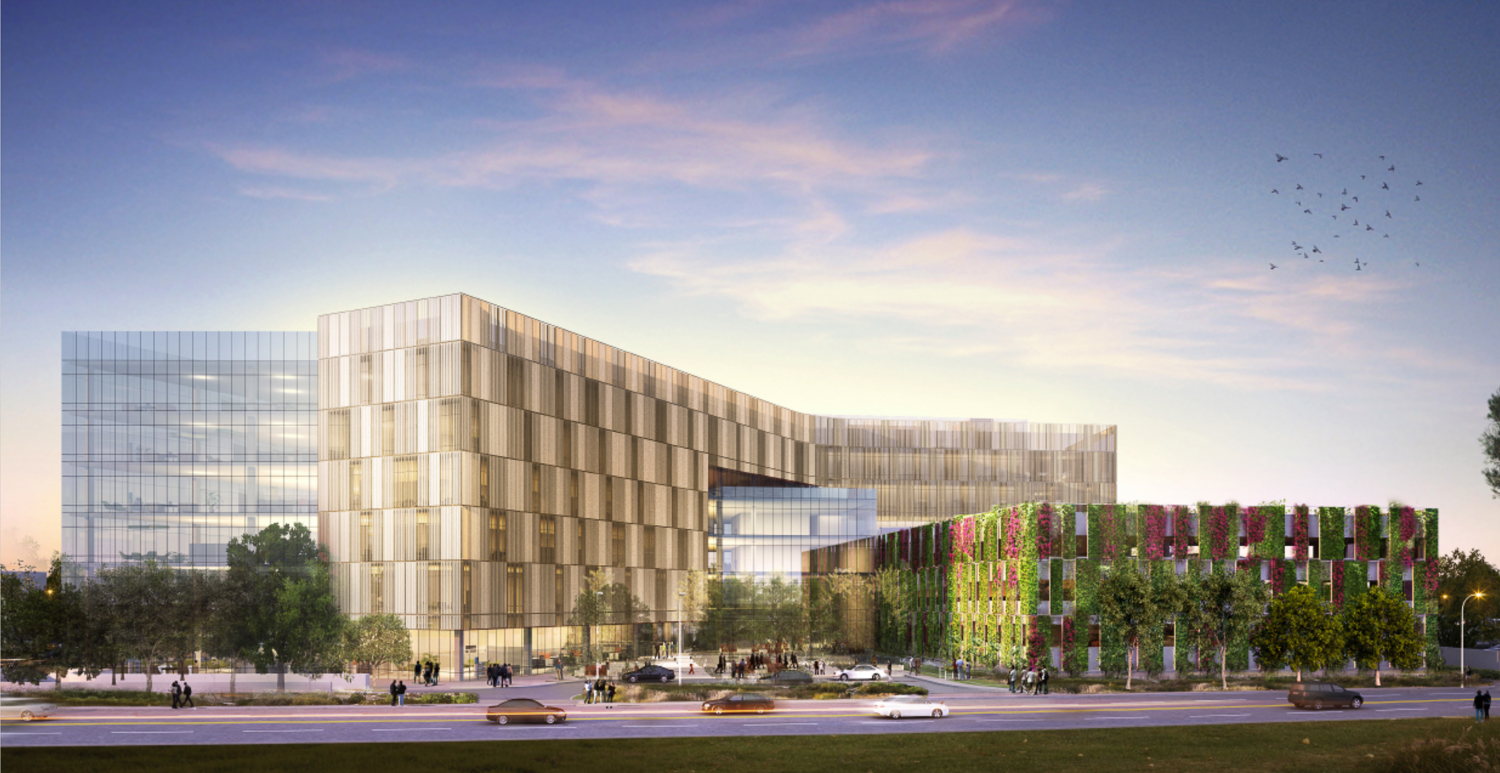 Truebeck will soon cover the parking garage with red metal panels and a green wall. The loose-hanging metal ropes function as a sporadic wind chime to haunt certain weekend photographers in their current state. 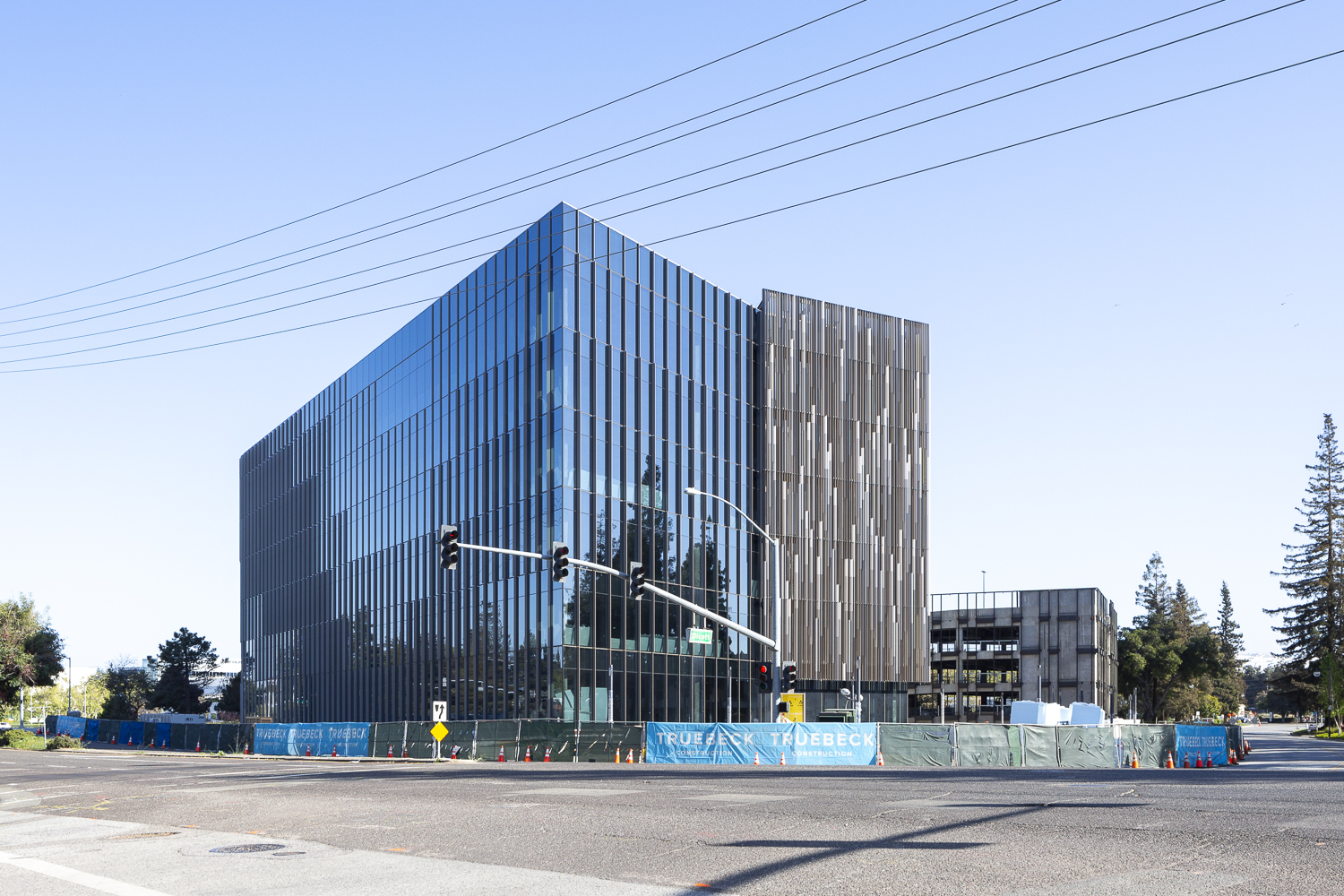 The rest of the structure has been wrapped with a glass curtain wall. 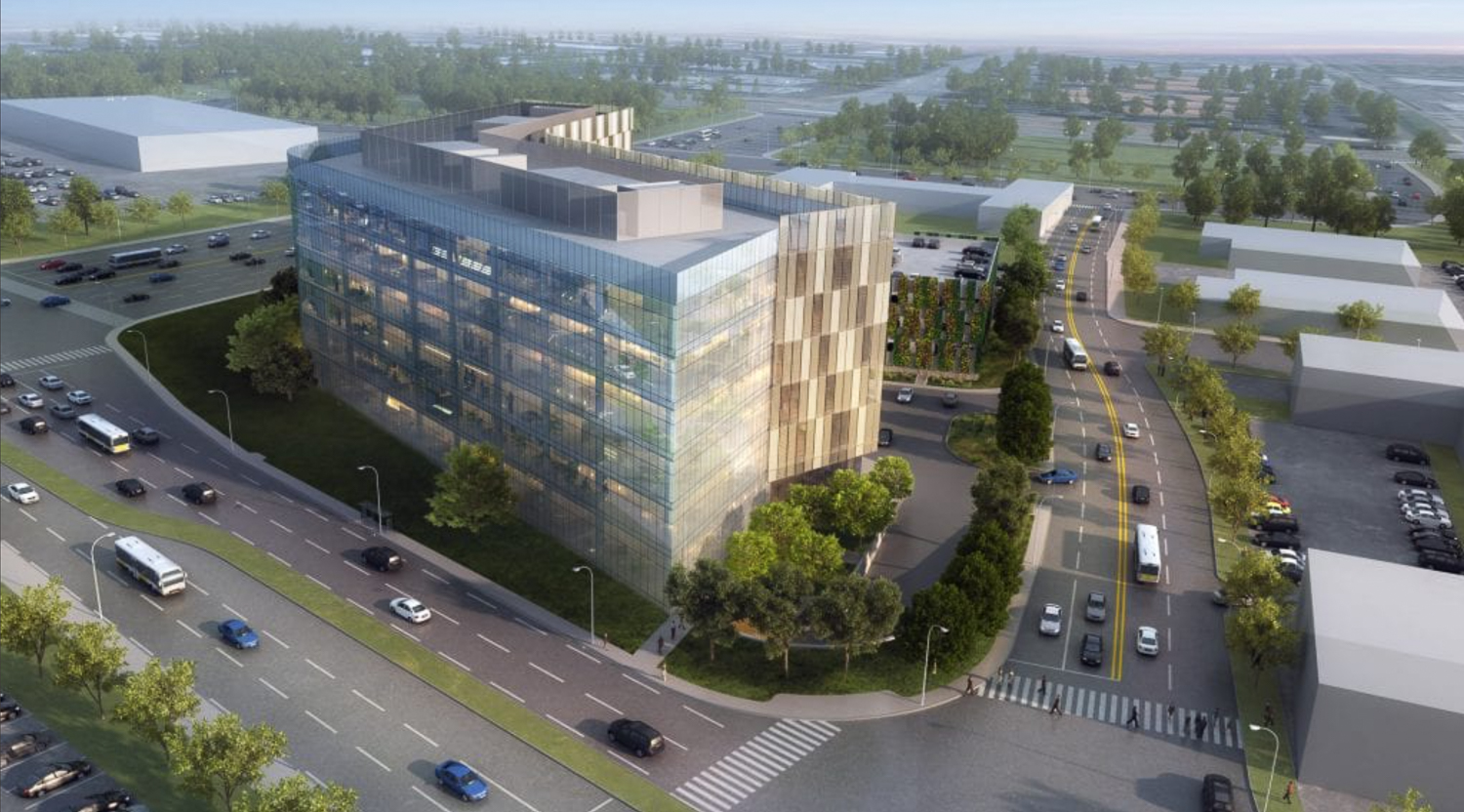 Amazon’s Amazon Web Service is reported to have signed a lease for 85,000 square feet of the building. The building will rise between 70 to 87 feet above street level. The architectural form has allowed each floor plate to be split between two sections, referred to as the northern and eastern wing. Future amenities will include a rooftop deck with seating, putting, a half-court for basketball players. 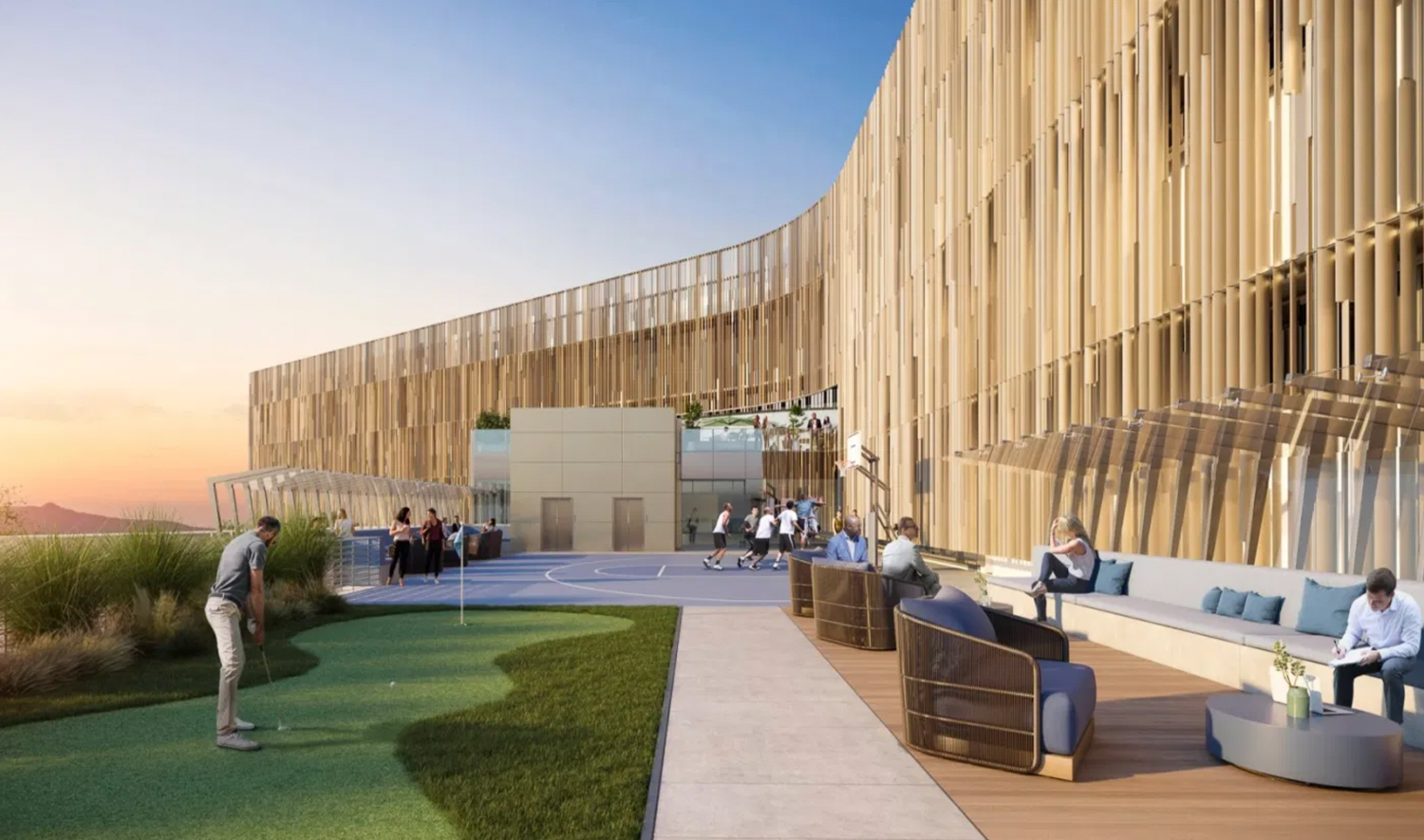 Truebeck is the building contract. The firm writes, “The project intends to advance a green “Miesian” approach to design, which is both minimalistic and modern, while exceeding all sustainability standards.” The comment underscores how this moment in architectural history reflects a reinterpretation of the modernist movement by devising ornament through architectural features. 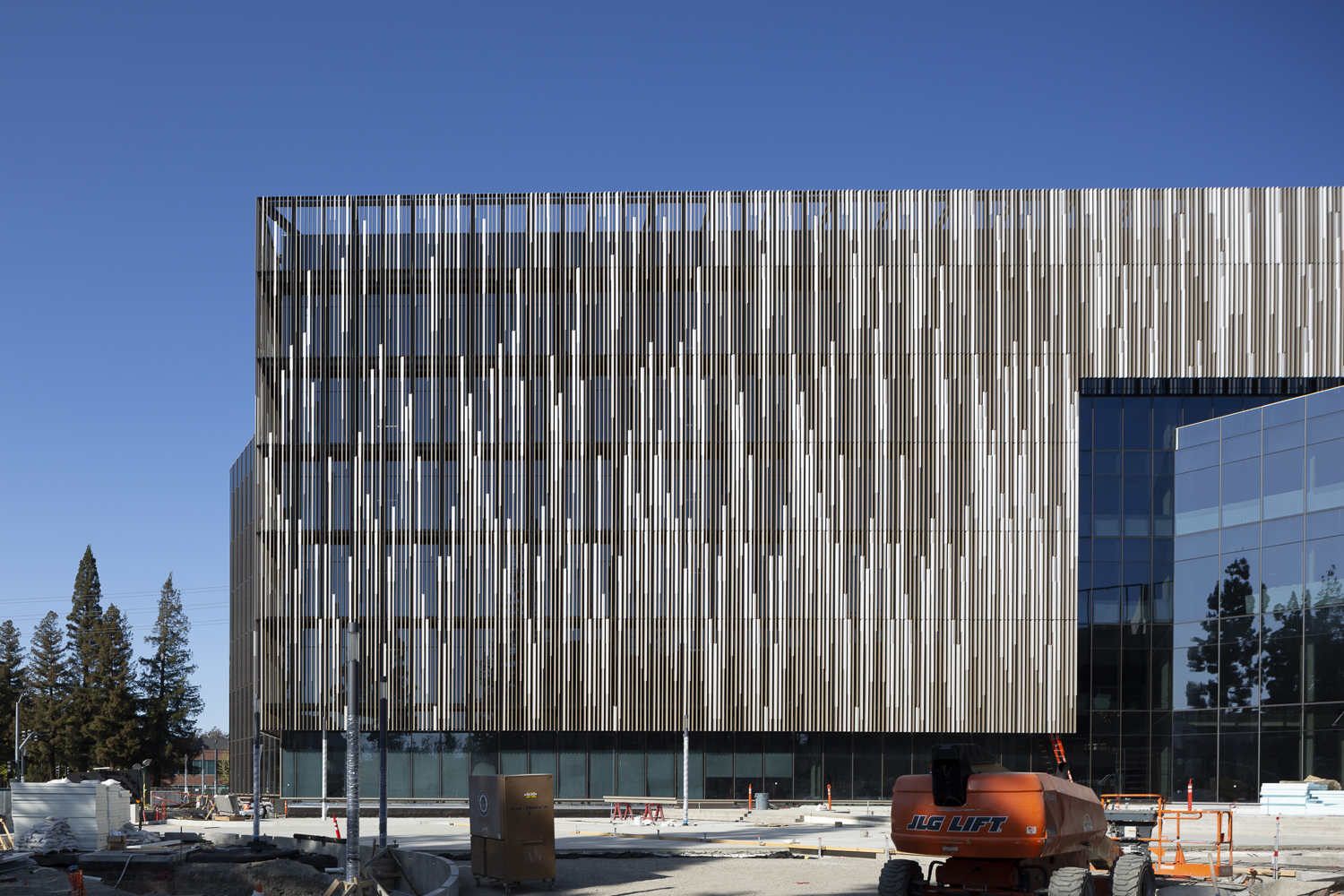 The expected move-in date has not been shared but is expected to be soon.

Be the first to comment on "Facade Installation Complete at 3200 Scott Boulevard, Santa Clara"