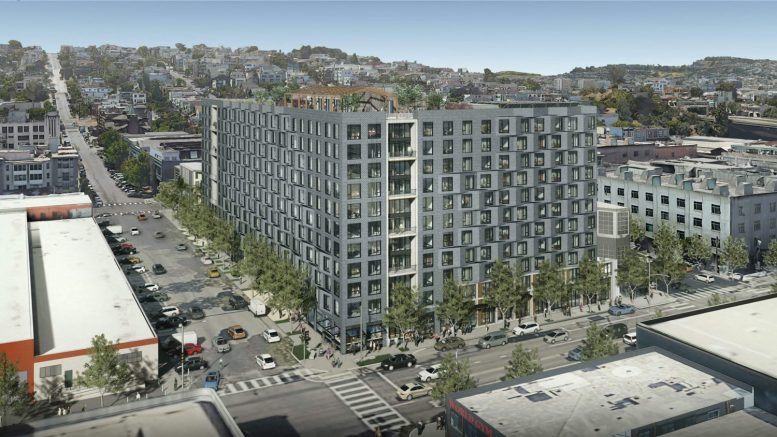 Building permits have been filed, kicking off the review process for the 11-story affordable housing development at 300 De Haro Street. The project would make a significant contribution to the housing market in a relatively dense neighborhood hub on the north end of Potrero Hill. Residents will be within walking distance of various cafes, a grocer, the California College of the Arts SF campus, and the showroom-packed Design District. If built, the triangular lot in San Francisco would create 450 new dwelling units, of which 181 will be priced as affordable.

DM Development is responsible for the group housing project, with BAR Architects in charge of the design. The project would be a first of its scale for the neighborhood, necessary to meet the demand of the housing crisis in a high-demand area. 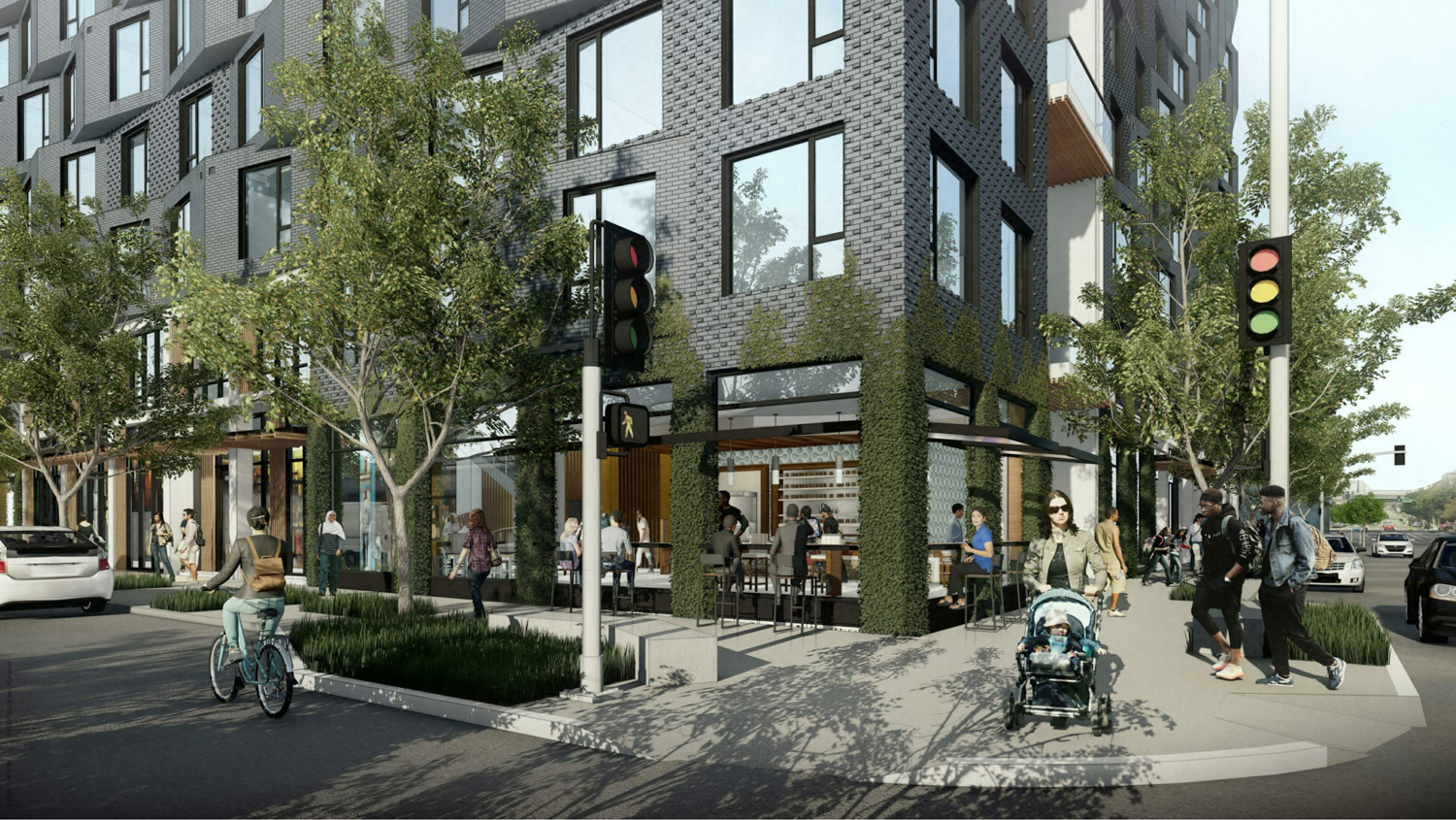 300 De Haro would rise 120 feet to be around twice as tall as neighboring apartment buildings. There is a common understanding that new construction ought to be thoughtfully responsive to the neighborhood. Sensitivity to neighborhood context is a reasonable ethos when planning. Still, it can be pushed too far when a large project is perceived as untenable in a neighborhood if there is not already large construction. The Bay Area faces a large housing crisis, urban living is more environmentally efficient than the suburban alternative, and resources exist to improve existing infrastructure and accommodate more people. The future of the city is not limited by its existing size. 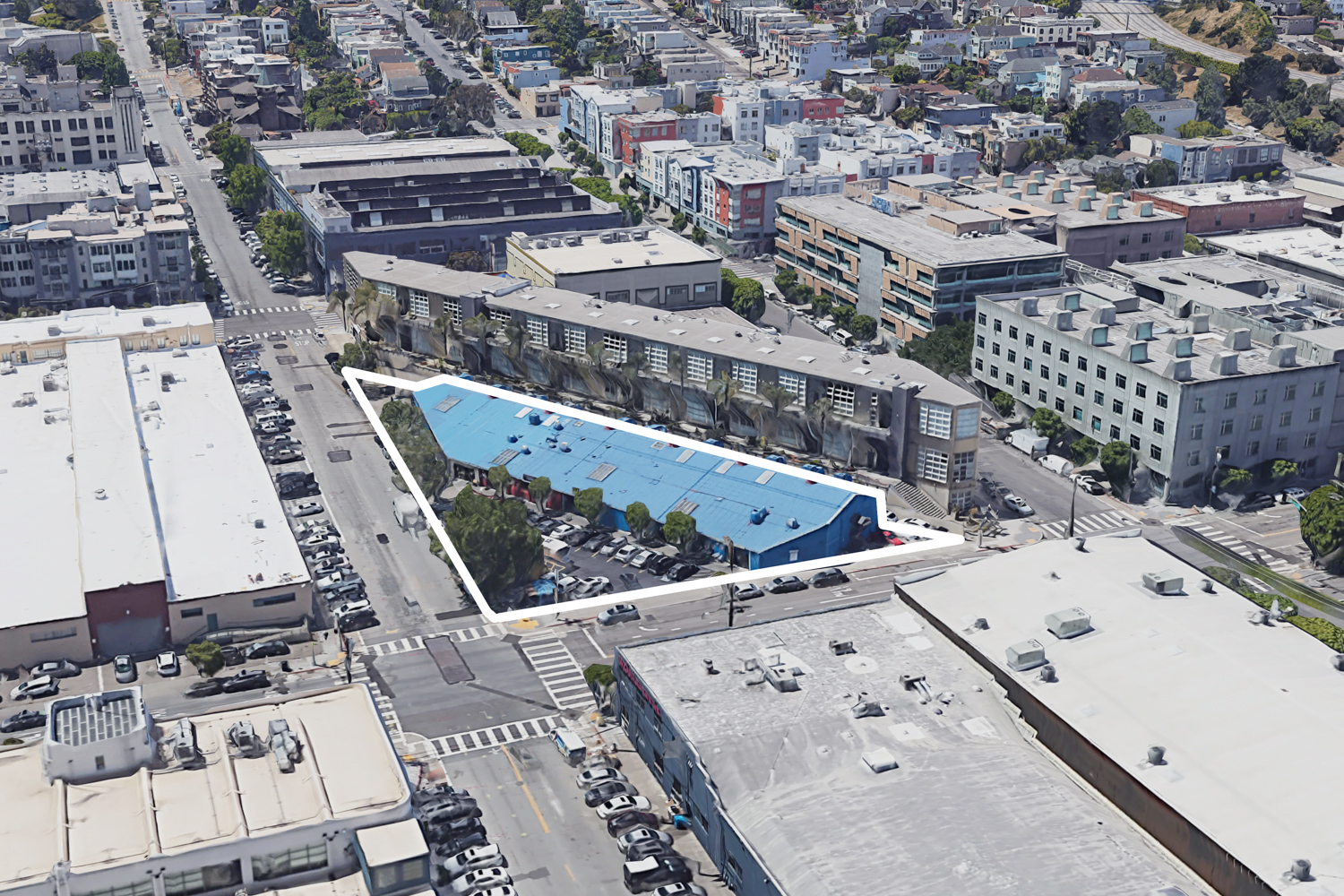 The building’s design narrative is explored in the planning documents. BAR emphasized being a good architectural neighbor by focusing on the pedestrian scale, neighborhood history, and wider city context. Focusing on the facade design, the firm wrote that “thin brick was selected as the primary street-facing material due to the predominance of existing buildings at this scale in this material in the immediate neighborhood. The color is consciously different from a traditional brick color to acknowledge that the building is of a different time. Additionally, regular punched openings reference the order of the industrial buildings in the neighborhood. While the street facades are clad in a singular material, the ground plane exhibits interest and engagement through a hierarchy of scales, fenestration patterns and program.” 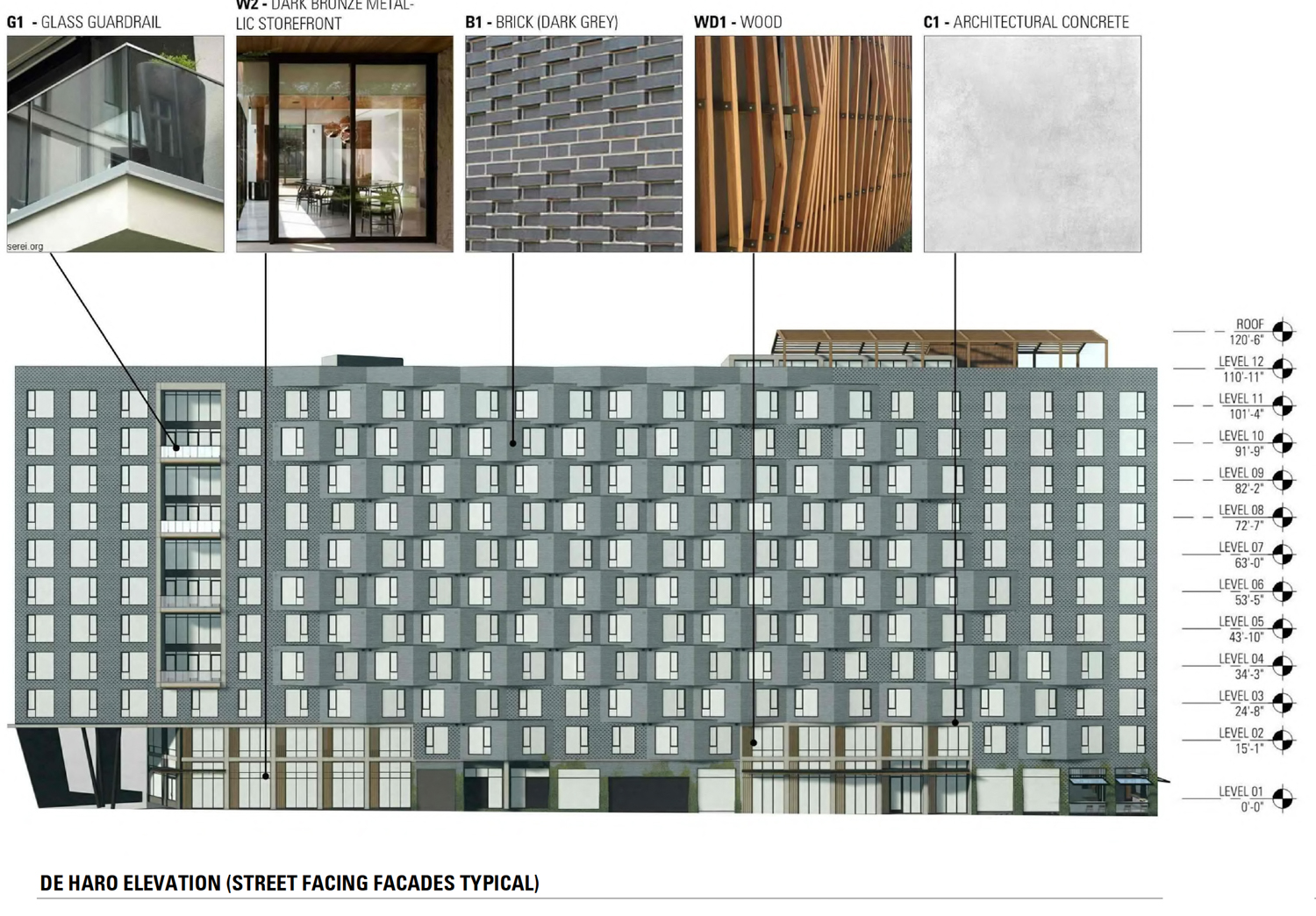 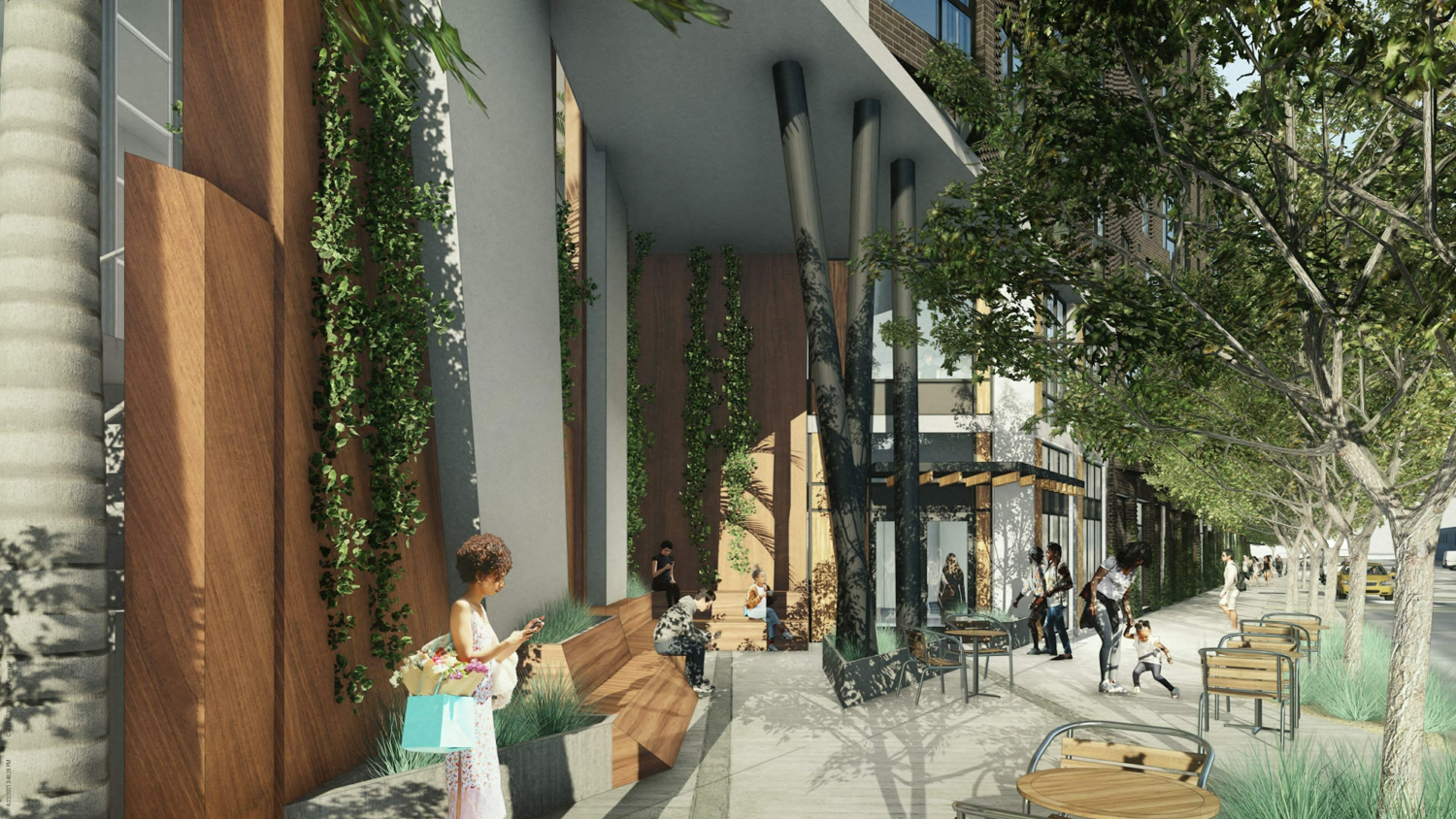 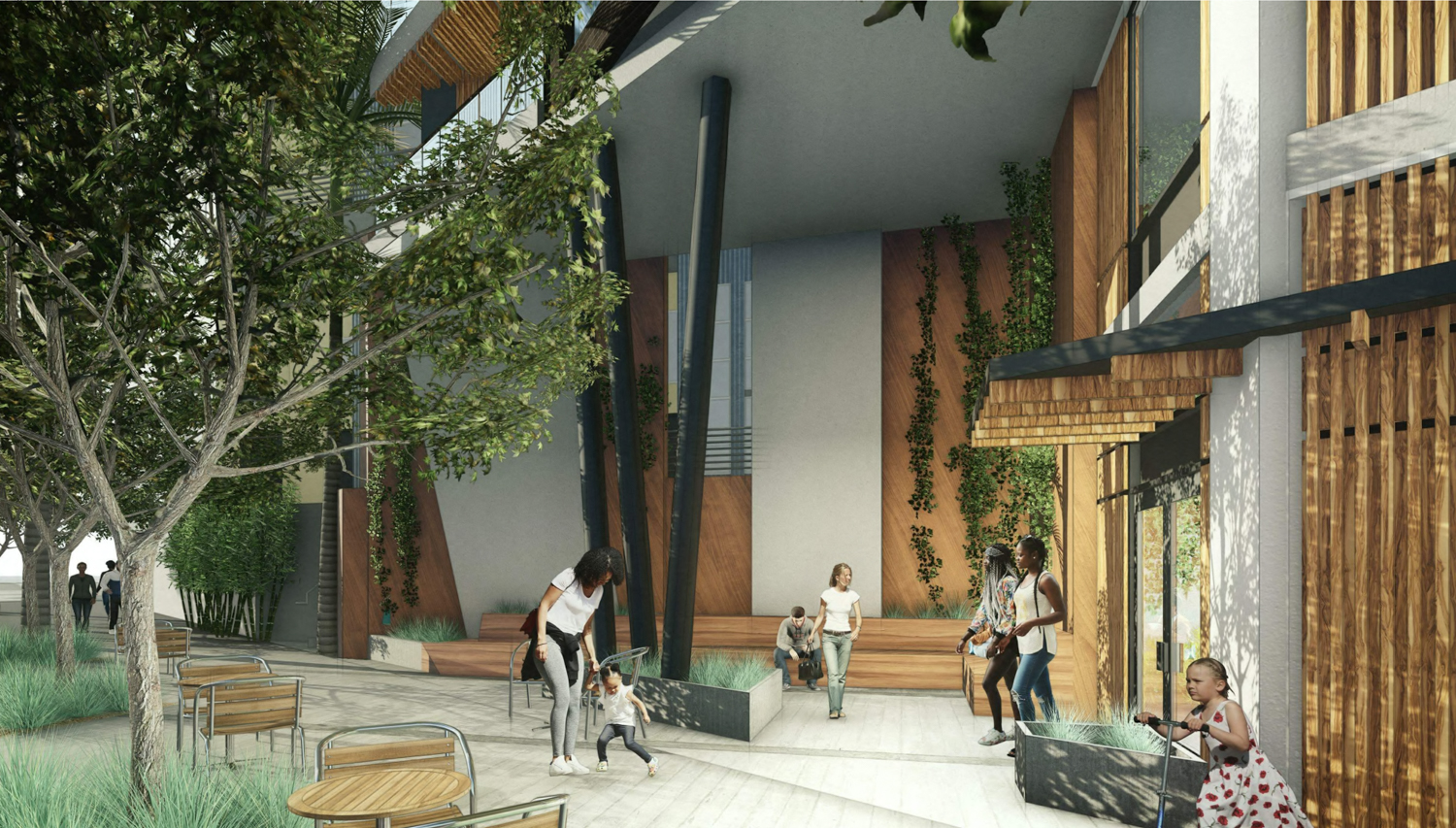 Landscaped areas, design by Fletcher Studio, will be scattered across the building. At ground level, pedestrians walking the tree-lined De Haro Street sidewalk will find covered seating connected with retail couched at the mid-block corner of the property. Fletcher Studio will include further landscaping in communal terraces. 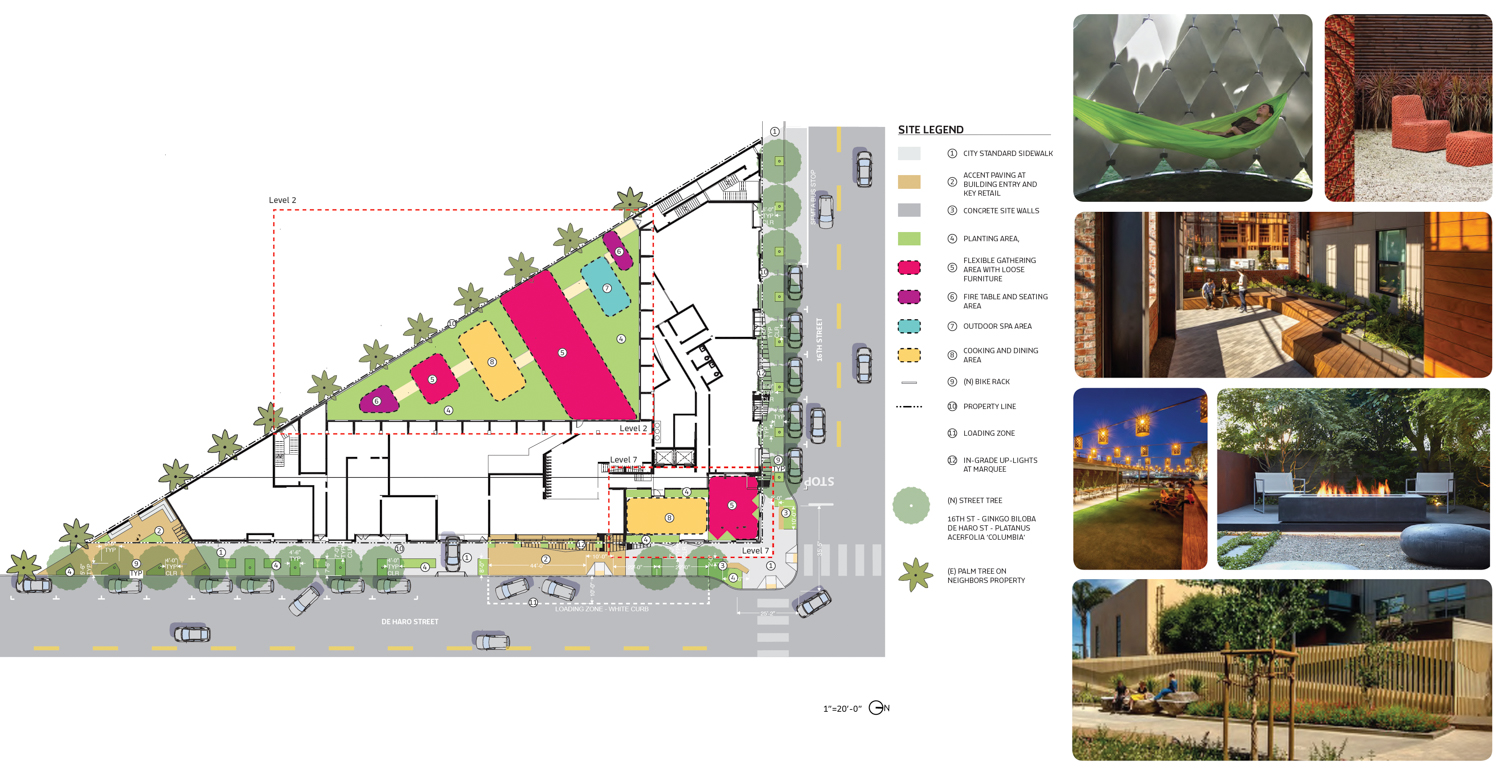 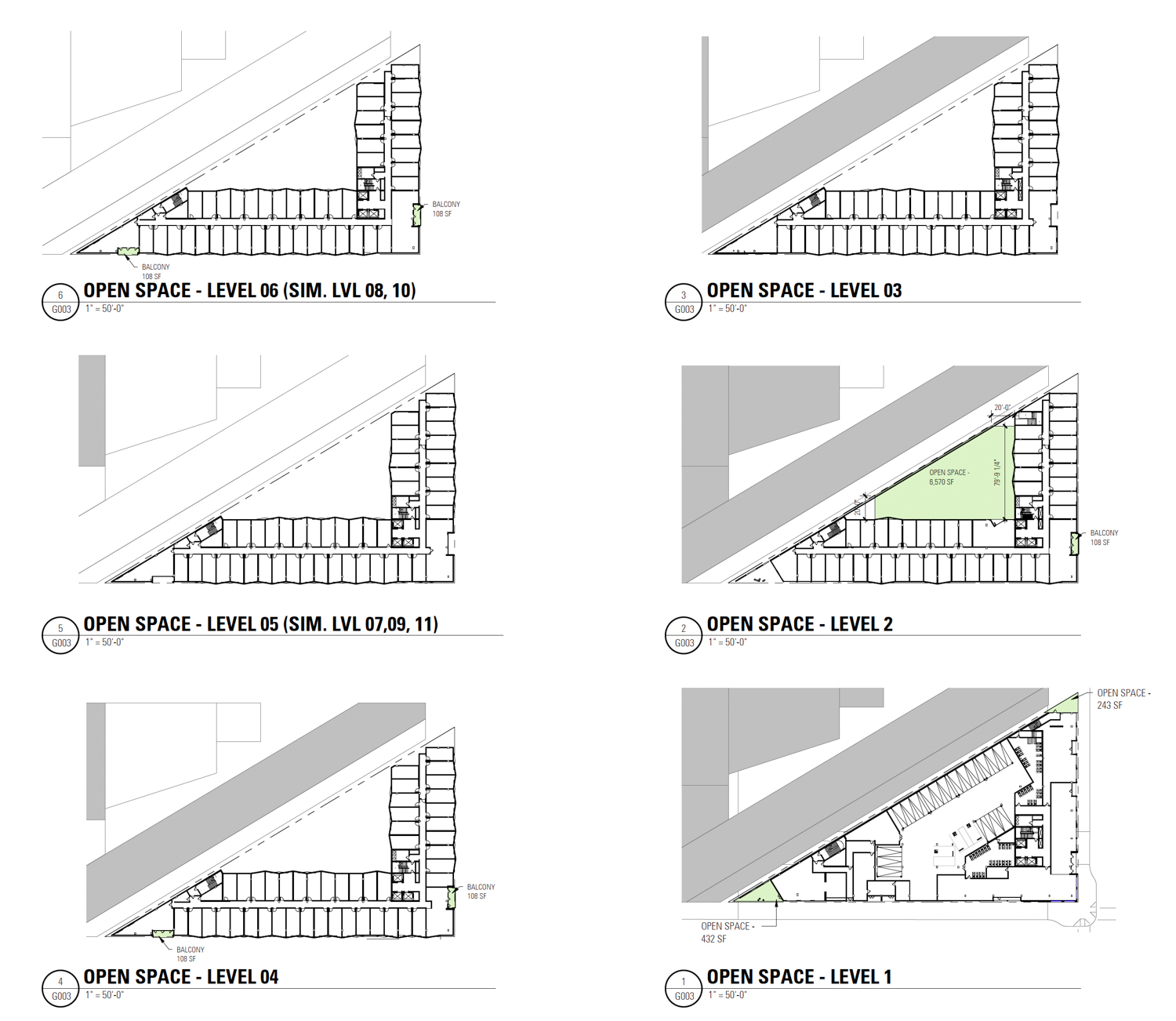 300 De Haro will be serviced by several SFMTA bus lines. Residents will be eight minutes from the 16th Street BART Station by bus and seven minutes away from the KT light rail line stop across from the Chase Center by bus.

Correction: The story has since been amended after the project’s PR Firm has informed SFYIMBY that the composition of affordable housing has been rearranged to offer 269 market-rate units and 181 affordable-housing units.