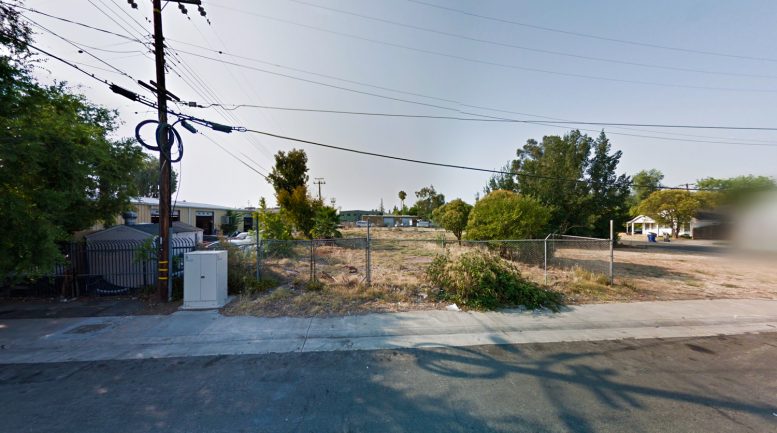 Preliminary permits have been filed for a multi-unit residential development at 2380 16th Avenue, just south of Sacramento’s Curtis Park neighborhood. The project, to be called the Orchard Springs Apartment, would rezone four vacant parcels to build sixteen units across two buildings.

According to the preliminary permit, the Orchard Springs Apartment will yield 10,995 square feet of built area. Further information about the sixteen apartment size or prices have not yet been revealed. Construction will build on top of 13,250 square feet after rezoning the four parcels.

The project applicant was not revealed in city records. The property has been publicly listed for sale from the Newmark Group as of June 2021, with an asking price of $300,000. Construction of the Orchard Springs apartment is estimated to cost a million dollars.

The property is located in the Carleton Tract neighborhood, an otherwise low-density suburban enclave with retail and across from the Sacramento City College campus. Residents will also be nearby the City College light rail station which connects the neighborhood with the State Capitol’s urban core.

Be the first to comment on "Permits Filed for Orchard Springs Apartment, 2380 16th Avenue, Sacramento"