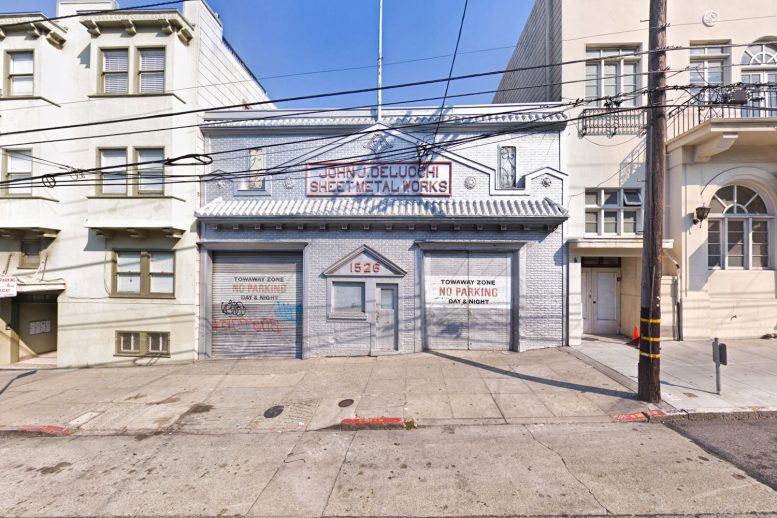 The preliminary project assessment application has been filed for a new multi-family residential development at 1526 Powell Street, in the eastern corner of Russian Hill, San Francisco. The project will rise six floors from the John J. DeLucchi Sheet Metal Works building, preserving the facade and adding twenty apartments to the San Francisco housing market. JS Sullivan Development is responsible for the project.

The proposal for 1526 Powell Street will require partial demolition of the existing property and excavation eight feet deep. The facade along Powell Street will be preserved. Along with the twenty residential units, the building will also include ground-floor commercial space, likely occupied by a retail tenant.

The property has been site to a proposed internal redevelopment circa 2016 to make a restaurant and small brewery by Charles Chan Architectural studio. The Planning Department approved the restaurant plans in October of 2016, though it was never built.

Future residents will find themselves in a highly prized area. Washington Square is just a block north. Chinatown and the Financial District are all within walking distance, with MUNI bus stations along Columbus Avenue, Broadway, and Pacific Avenue crisscrossing the city. The Powell Street BART Station is 15 minutes away by bus.

City records show the property last sold in 1987 for just over half a million dollars. More information about the proposal has not yet been released.