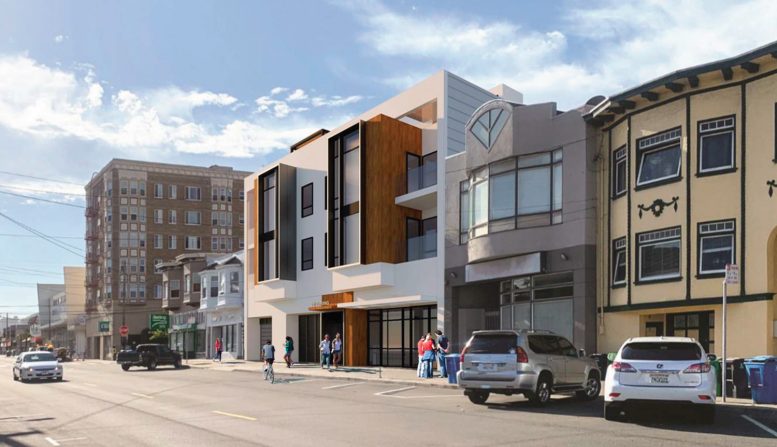 New building permits have been filed for the three-story mixed-use building at 2513 Irving Street in the Sunset District of San Francisco. The four-story proposal will replace surface parking with eight new apartments. LPAS Architecture + Design is responsible for managing the design and development. 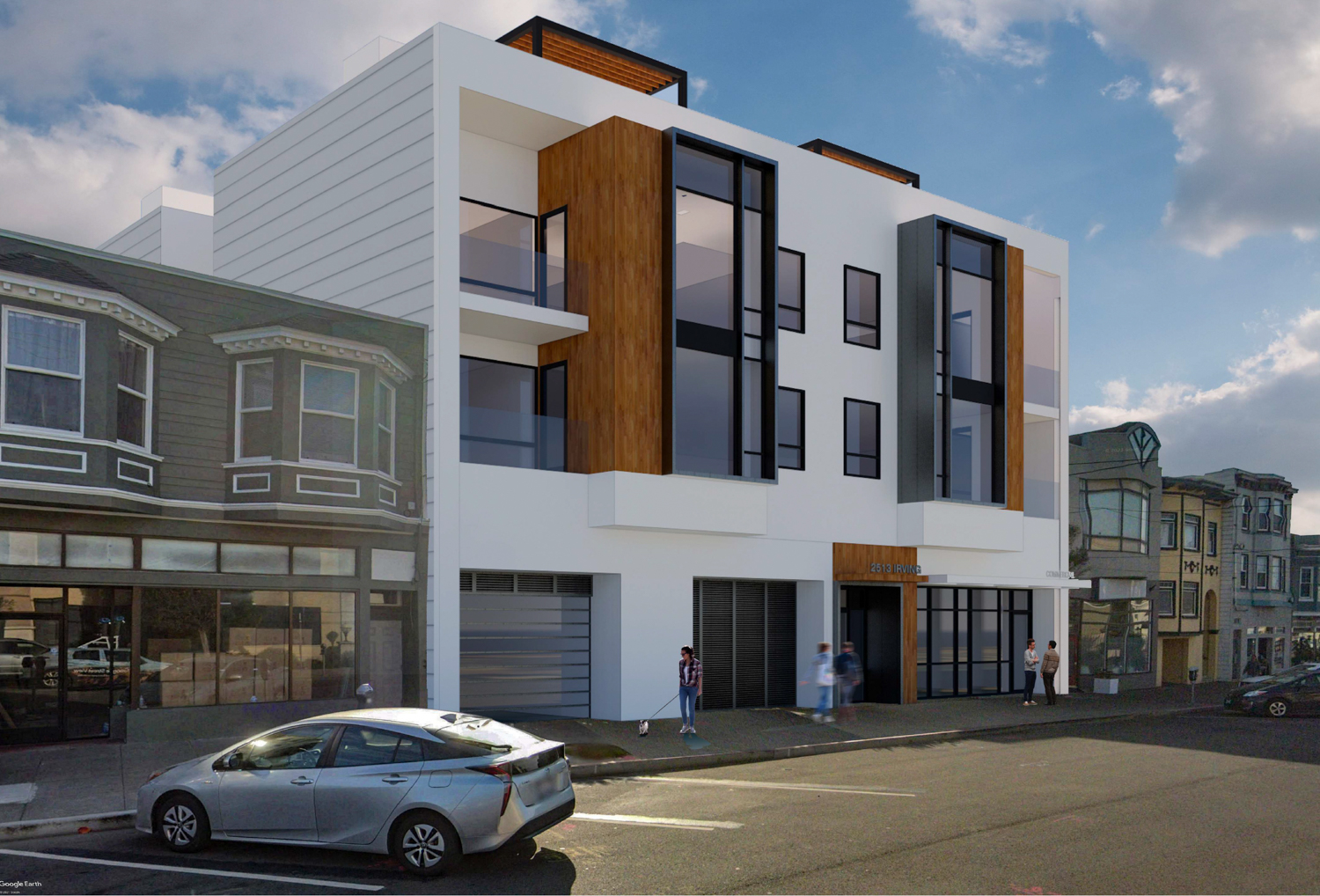 Construction is estimated to cost $6.5 million, or $812,500 per unit. The construction cost does not include the full development price tag paid by the project owner, the Police Credit Union of California.

The 50-foot tall structure will yield 16,460 square feet, with 11,980 square feet for residential use, 1,390 square feet for commercial retail, and 3,090 square feet for a nine-car garage with a space-efficient mechanized puzzle lift. Parking is also included for eight bicycles. The eight market-rate units will average 1,100-1,200 square feet, each with two bedrooms, a living room, and a private open space. Six of eight residences will include a large patio or roof terrace. 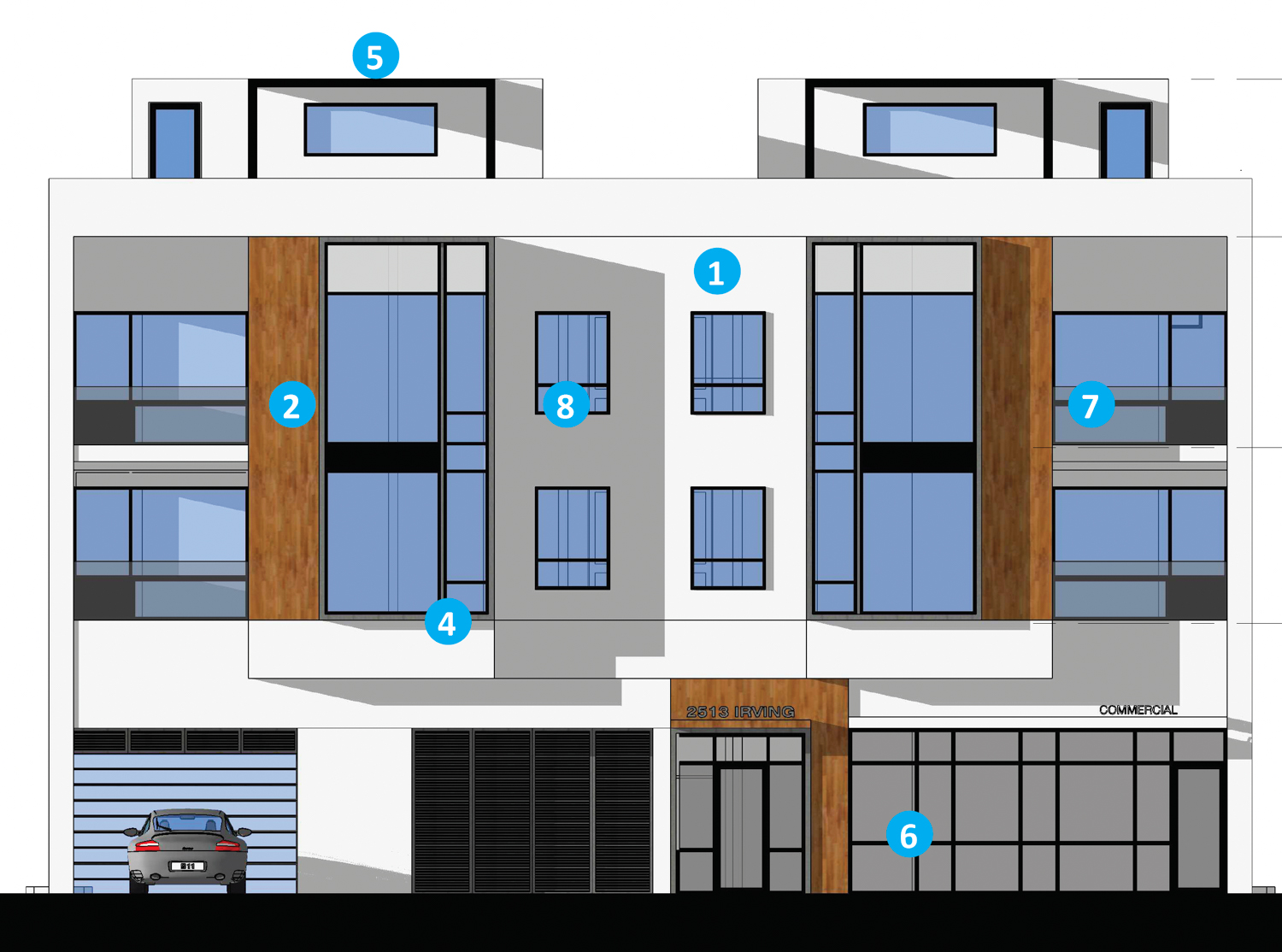 The design by LPAS fills in a vacant lot, rises to match the height of neighboring structures, and integrates two bay windows in keeping with San Francisco architectural vernacular. The firm is particularly proud that front and rear-facing windows create what they describe as “an active facade providing ‘eyes on the street’ and minimizes areas of blank wall.” This is in keeping with the urbanist concepts promulgated by Jane Jacobs. 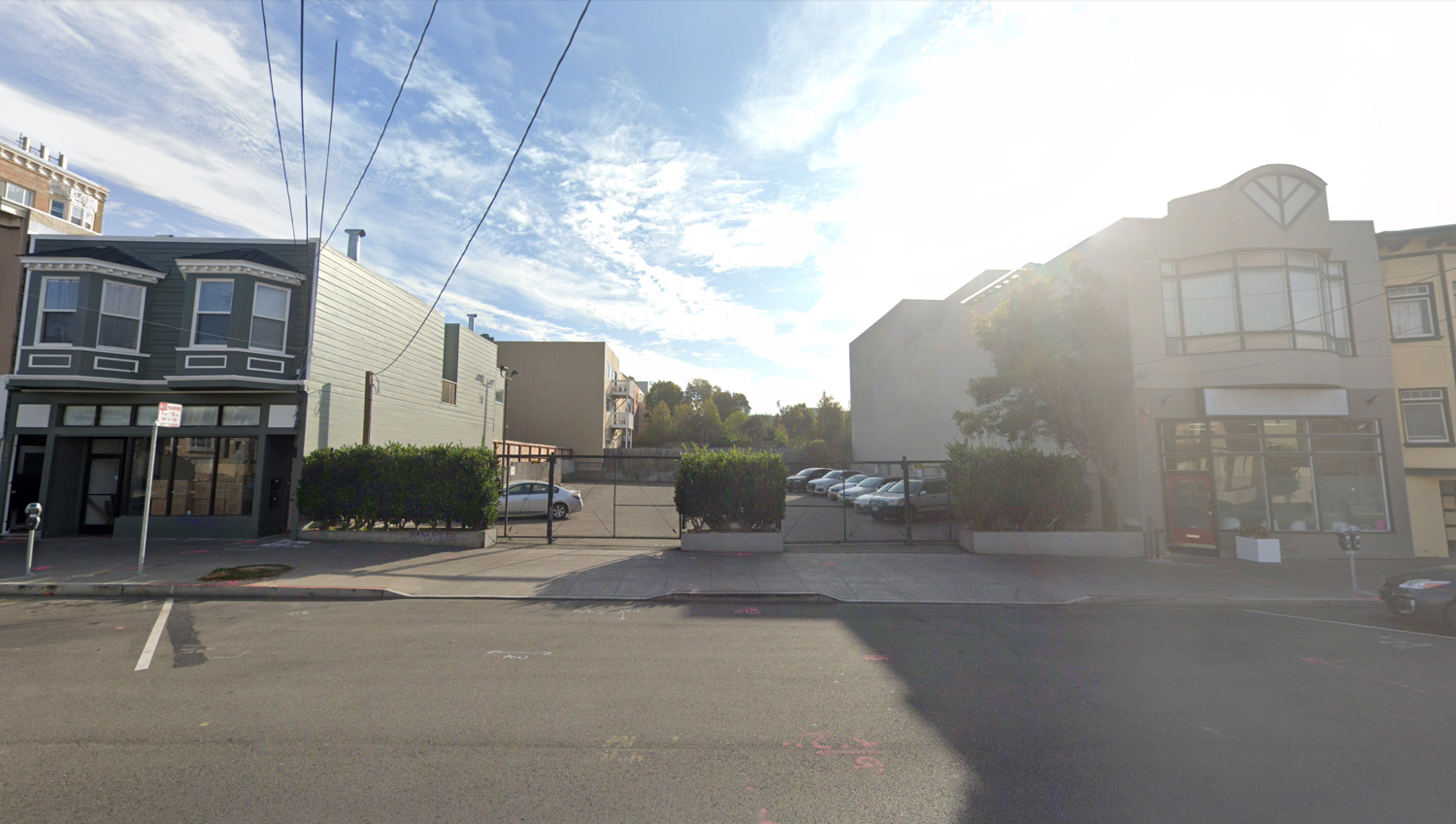 Across the street at 2550 Irving Street, the Police Credit Union’s soon-to-be-former home will be replaced by a seven-story building by the Tenderloin Neighborhood Development Corporation. Once complete, it will offer 98 affordable housing units for lower-income residents, of which 25 units will be for unhoused individuals and families with support by the Local Operating Subsidy Program. The program operates under the evidence that giving homes to the unhoused is the most cost-effective program to reduce homelessness.