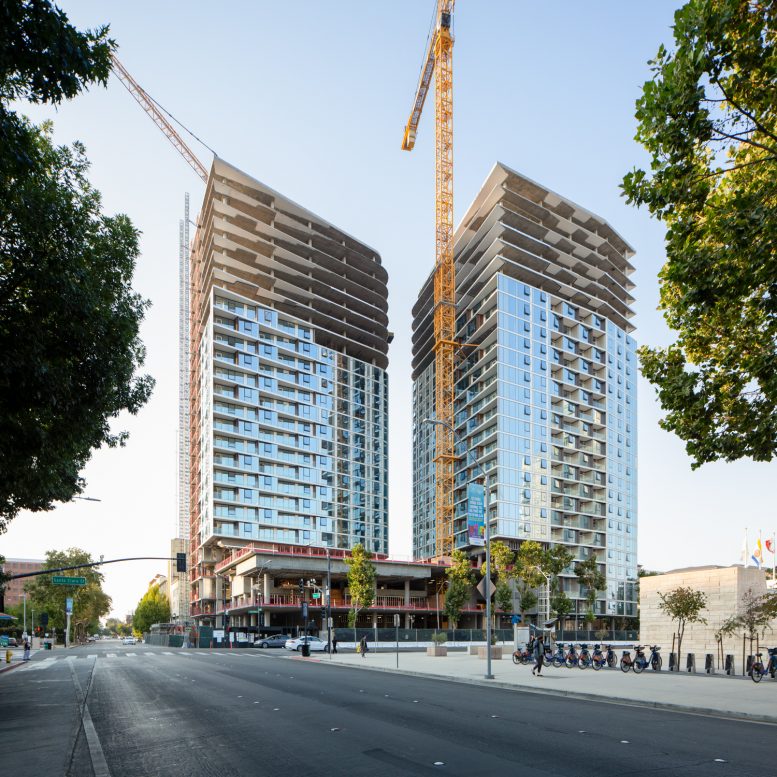 San Jose’s tallest tower is looking a lot more like it’s renderings now. MIRO topped out in late July, with its facade closing in on the 28th floor for both towers. The project is addressed at 167 East Santa Clara Street, between 4th and 5th street, and directly across from the San Jose City Hall’s plaza. Once complete, the towers will add over a million square feet of new space to the city, predominantly residential with some retail and commercial space. 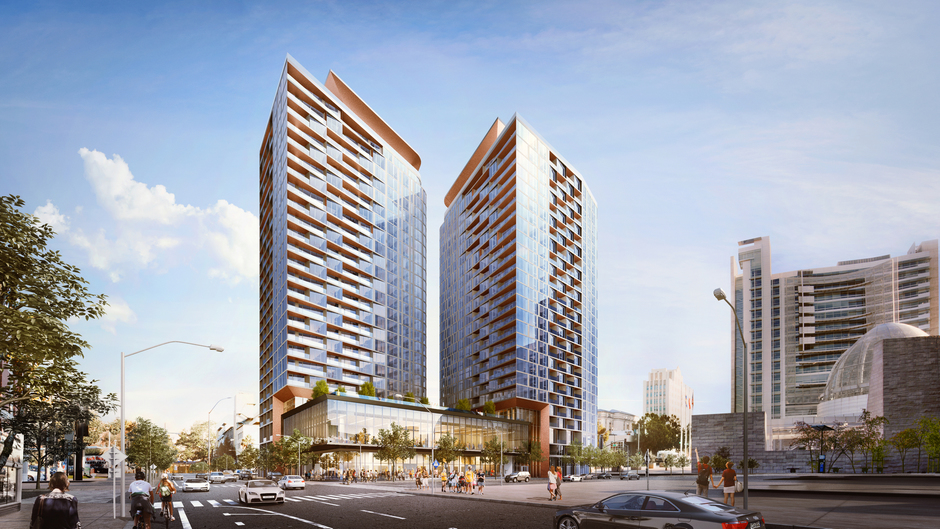 MIRO’s 1,087,495 square feet of area will include 630 residential units for the San Jose housing market. Most of these will range from studios to three-bedrooms, aside from sixteen large penthouses. Parking will be available on-site, though the exact number was not confirmed. The project will also add 15,000 square feet of retail space and 10,000 square feet of office. 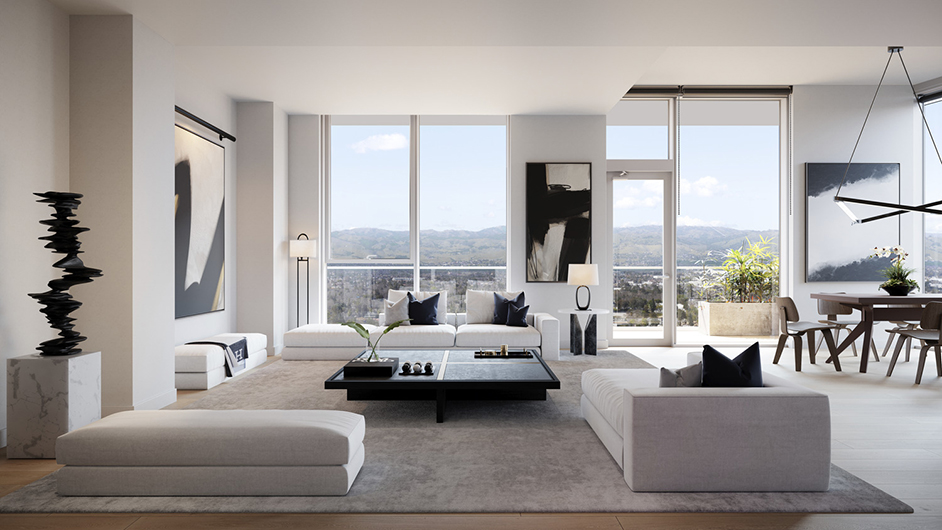 Residents will have access to over 50,000 square feet of amenities. The tops of both towers will have community spaces, giving all future residents the benefit of the 360-degree view. The east towers will feature outdoor seating and a fitness center, while the west tower will include an indoor/outdoor gathering space available for private events. Other amenities will include coworking lounges, gardens, an entertainment center, and a garden. Residents will also have access to a pool on top of the four-story podium. 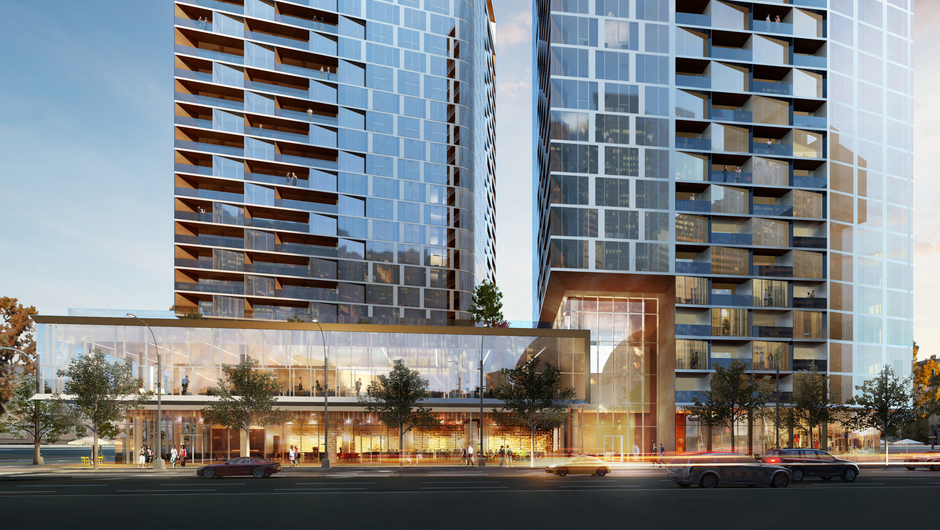 Partner at the international architecture firm Steinberg Hart, Asheshh Saheba, led the MIRO design team. While the facade is almost entirely composed of curtain wall glass, the simple white borders between windows and bold alternating balcony make it break away from the box-glass aesthetic. Aside from its terraces, the West Tower’s curved facade leading to the sharp edge at 4th street is perhaps the most defining feature for the design. 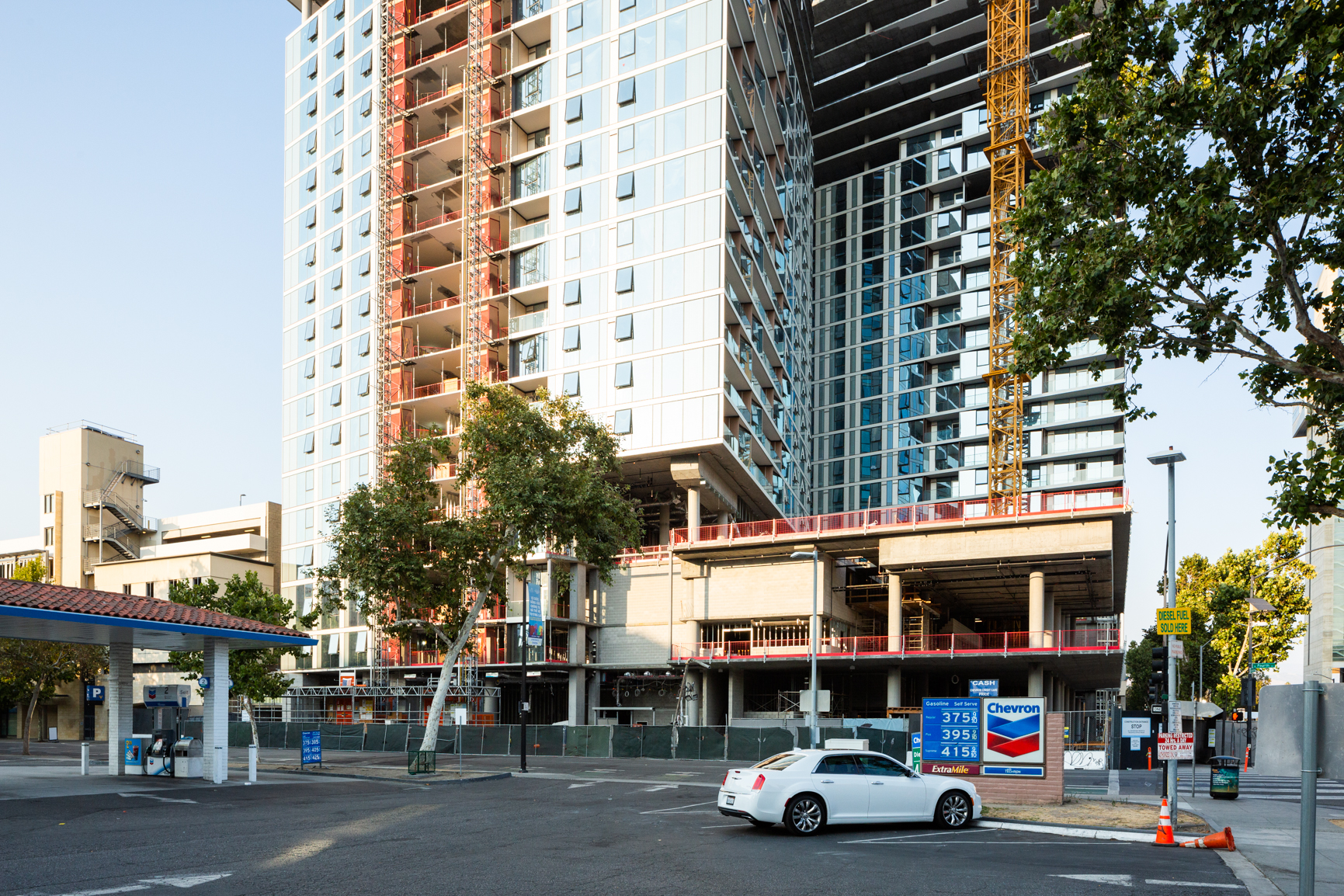 With an array of high-end amenities, it is not a surprise that the project is aiming to attract the employees and employers working in Silicon Valley. More housing in the center of the valley could alleviate some of the pressure felt around. While 630 new units is a substantial amount, more will be needed to capture the housing demand in San Jose.

Looking to the future of San Jose housing, one incredibly exciting plan is the city’s proposed idea of ‘Urban Villages’ in their Envision San José 2040 General Plan. Urban Villages is a term used to describe what the city governments expect will manifest from a new policy framework. These policy plans will create incentives and clearance to promote efficient and pleasant urbanization. 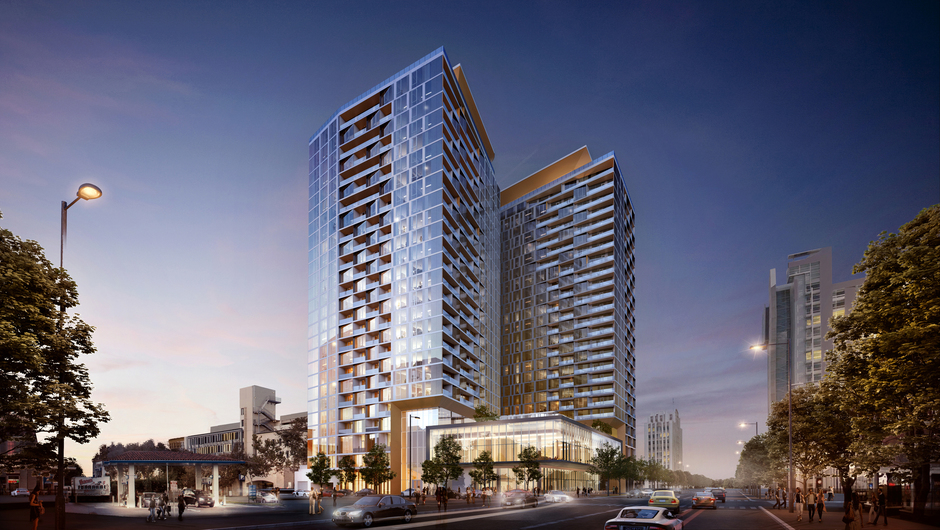 Bayview Development Group is responsible for the project. They are a privately held real estate development and investment firm based in San Jose with projects ranging from office to residential all across the Bay. Goldman Sachs financially backed MIRO with a $300 million loan.

With the current construction rate, MIRO will be ready for occupancy by the Spring of 2021, three and a half years after the 2017 groundbreaking. Suffolk Construction is responsible for managing construction at MIRO.

Be the first to comment on "Facade Nearly Complete for MIRO, Tallest Project in Downtown San Jose"