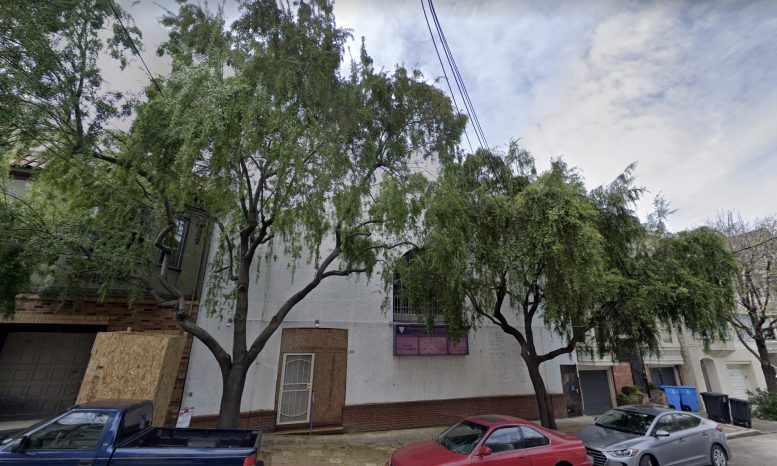 Permits have been filed for 150 Eureka Street in the neighborhood of Castro, in San Francisco. The site is between 18th Street and 19th Street. Nearby transit access is available with the MUNI Metro Light Rail via Castro Station, which is just 3.5 blocks away from the address.

The permits describe the renovation of the existing structure, which recently sold in 2015 for $2.3 million. According to city assessors, the majority of that value, over four-fifths, is derived from the land. The project would revamp the building to house three townhomes. The homes would be wood-framed. Construction is estimated to cost $400,000, or $133,000 per residence.

The existing building is a two-story storage building. The building’s plain white facade is backed with a deep footprint into the block. Its 5,500 square foot interior will allow for over 1,800 square feet per townhouses.

The architect and developer were not declared. An estimated completion date for the project is not yet known.

Be the first to comment on "Permits Filed For 150 Eureka Street In Castro, San Francisco"