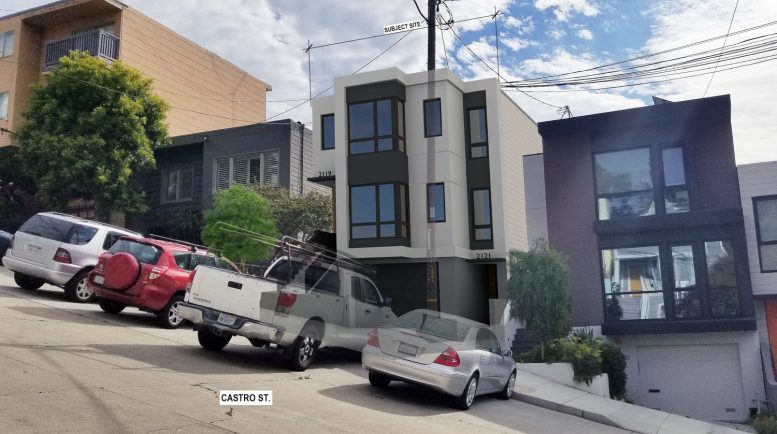 Permits have been filed for a new three-story residential building to be constructed at 2119 Castro Street in Noe Valley, San Francisco. The development will double the site’s household capacity, from one to two. The thirty-foot structure will yield 4,715 square feet, mostly uniform around 1,100 square feet across the three floors and basement. Modern Construction Inc. will be in charge of putting the building together. 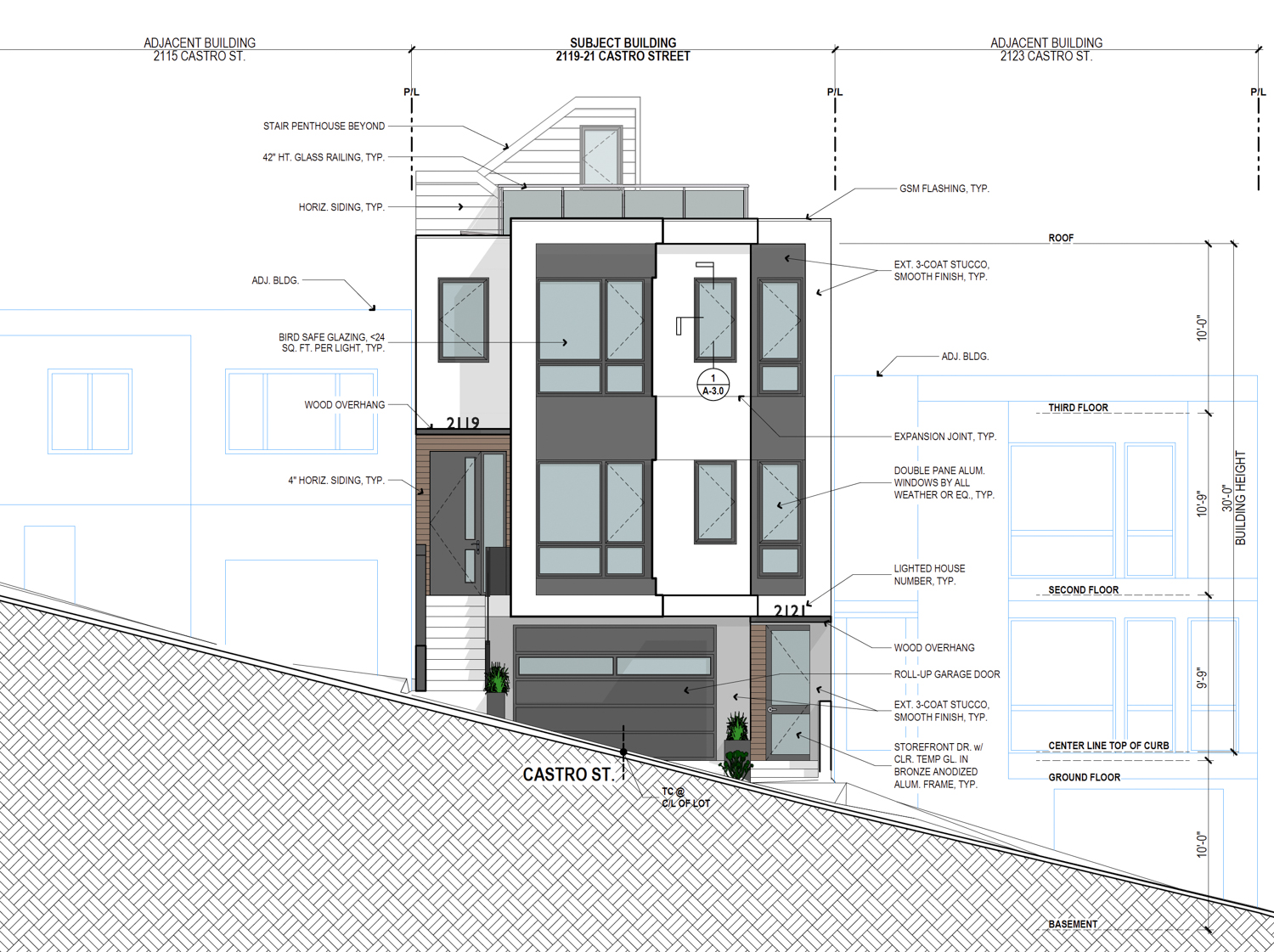 Jeremey Schaub of the prolific Schaub Ly Architects will be in charge of the design. The renderings show a contemporary facade with floor-to-ceiling windows and a quasi-bay window affording corner views down Castro Street. The walls will be decorated with white and black stucco and horizontal wood siding to frame the two residential entrances.

Two parking spots will be included, taking up 511 square feet on-site. The project will replace the one-bedroom single-family dwelling with a two-bedroom and a three-bedroom unit. 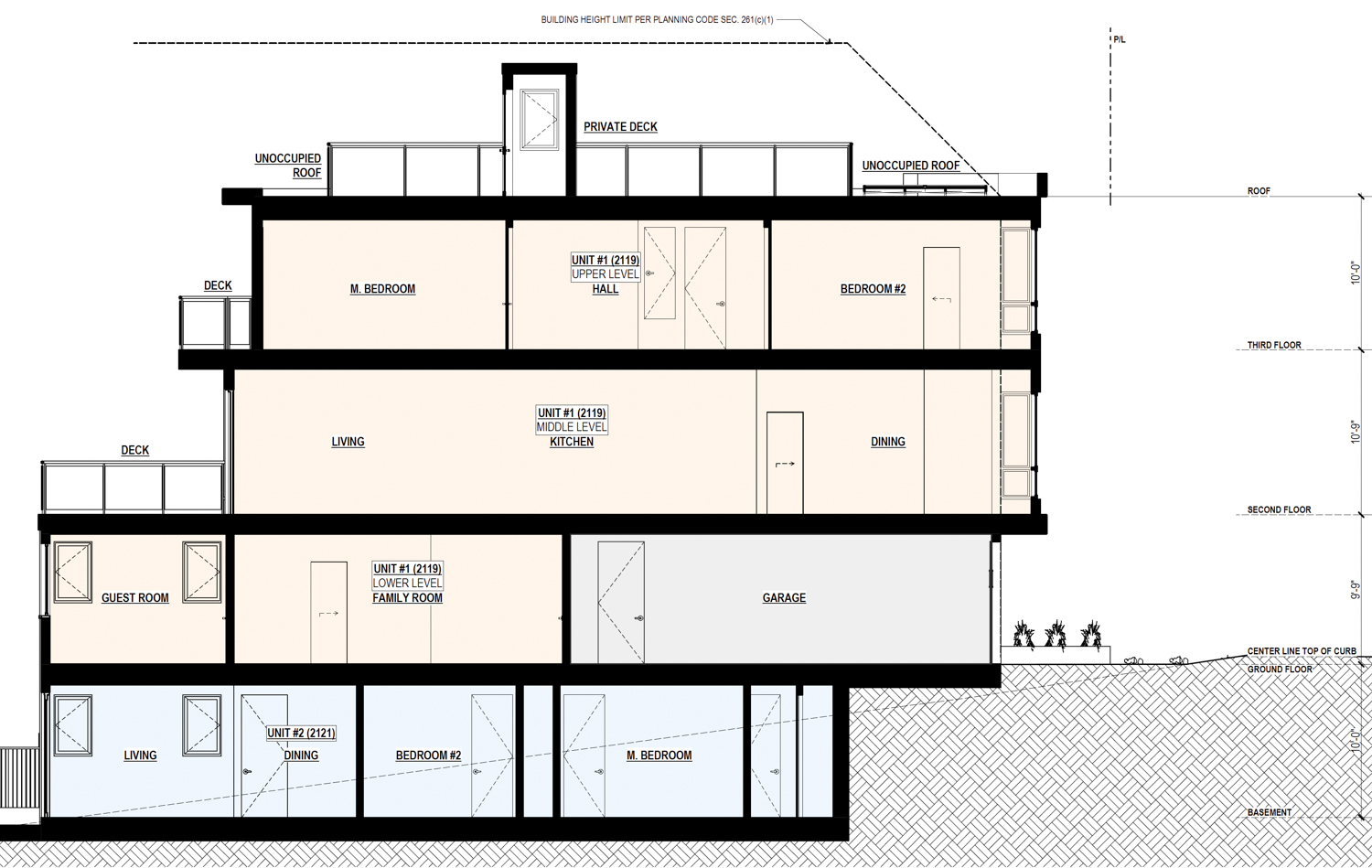 The address is in a predominantly residential neighborhood, three blocks from the skyline observation point at Billy Goat Hill. The retail along Church Street is reachable in twelve minutes on foot.

The property sold for $1.48 million in August of 2019 to an unlisted buyer. An estimated completion date has not been announced.

Be the first to comment on "Permits Filed for New Building at 2119-2121 Castro Street, Noe Valley, San Francisco"