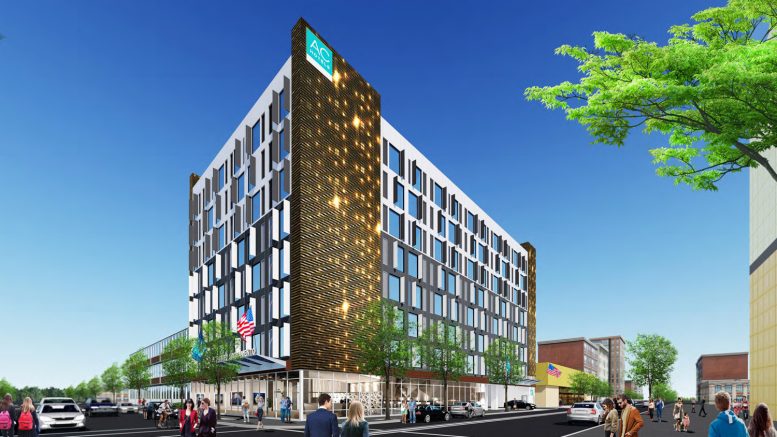 Planning permits have been approved for a new eight-story hotel at 730 I Street in Downtown Sacramento, along with the rehabilitation of a Mid-Century modern office structure. The development, dubbed ‘The Hardin,’ would open a 179-key AC Hotel Marriott two blocks from the Golden 1 Center sports stadium and six blocks from the State Capitol. The American Hospitality Services and Sacramento-based Miry Development through 730 I Street Investors LLC are responsible for the project. 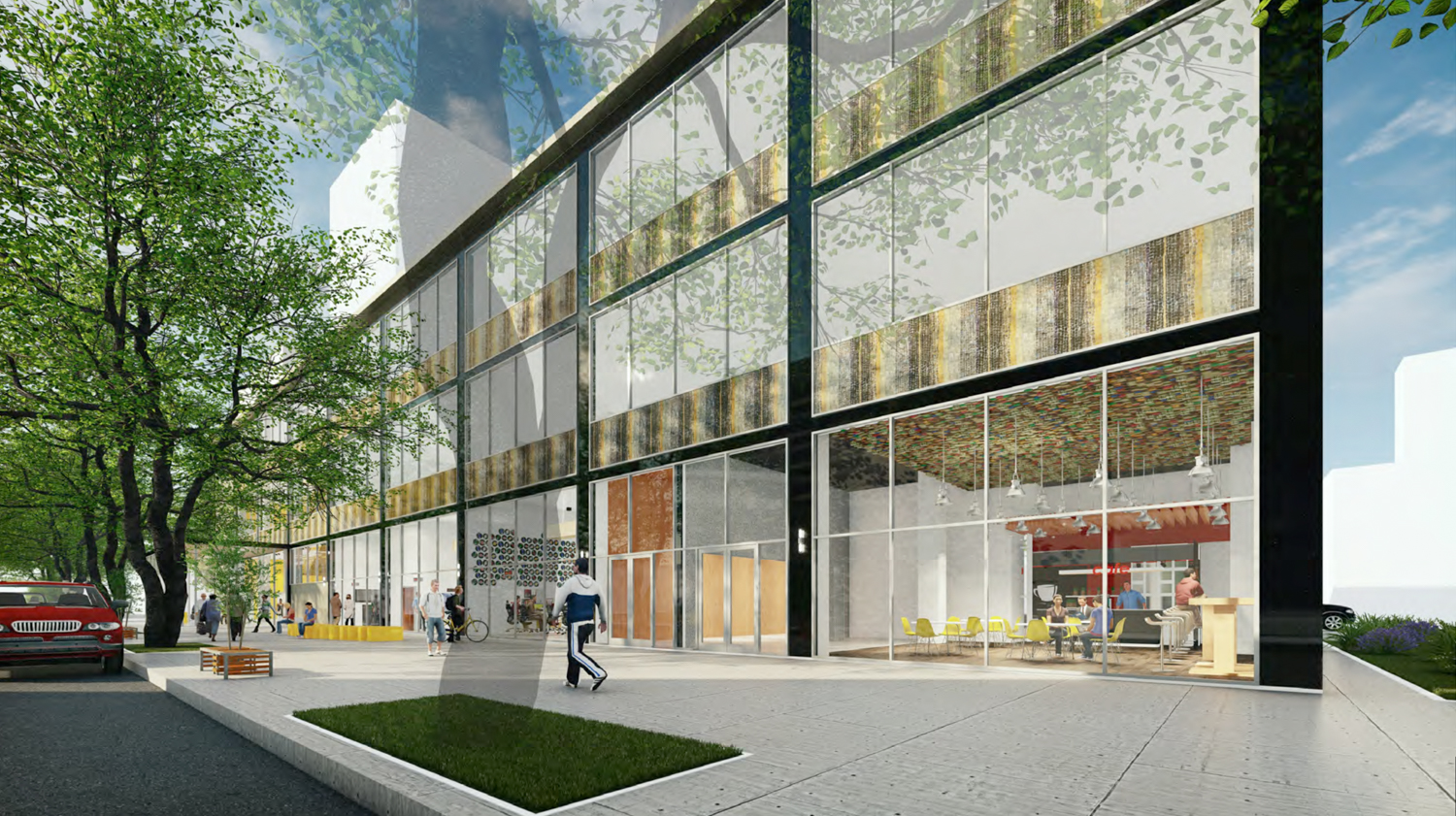 The 99-foot hotel structure replaces surface parking to yield over 90,000 square feet, of which 77,750 square feet will be dedicated to rooming. Guest amenities will include the spacious lobby with copious seating, a bar, and a buffet. An eighth-story fitness center will provide exercise equipment looking out from a corner room. 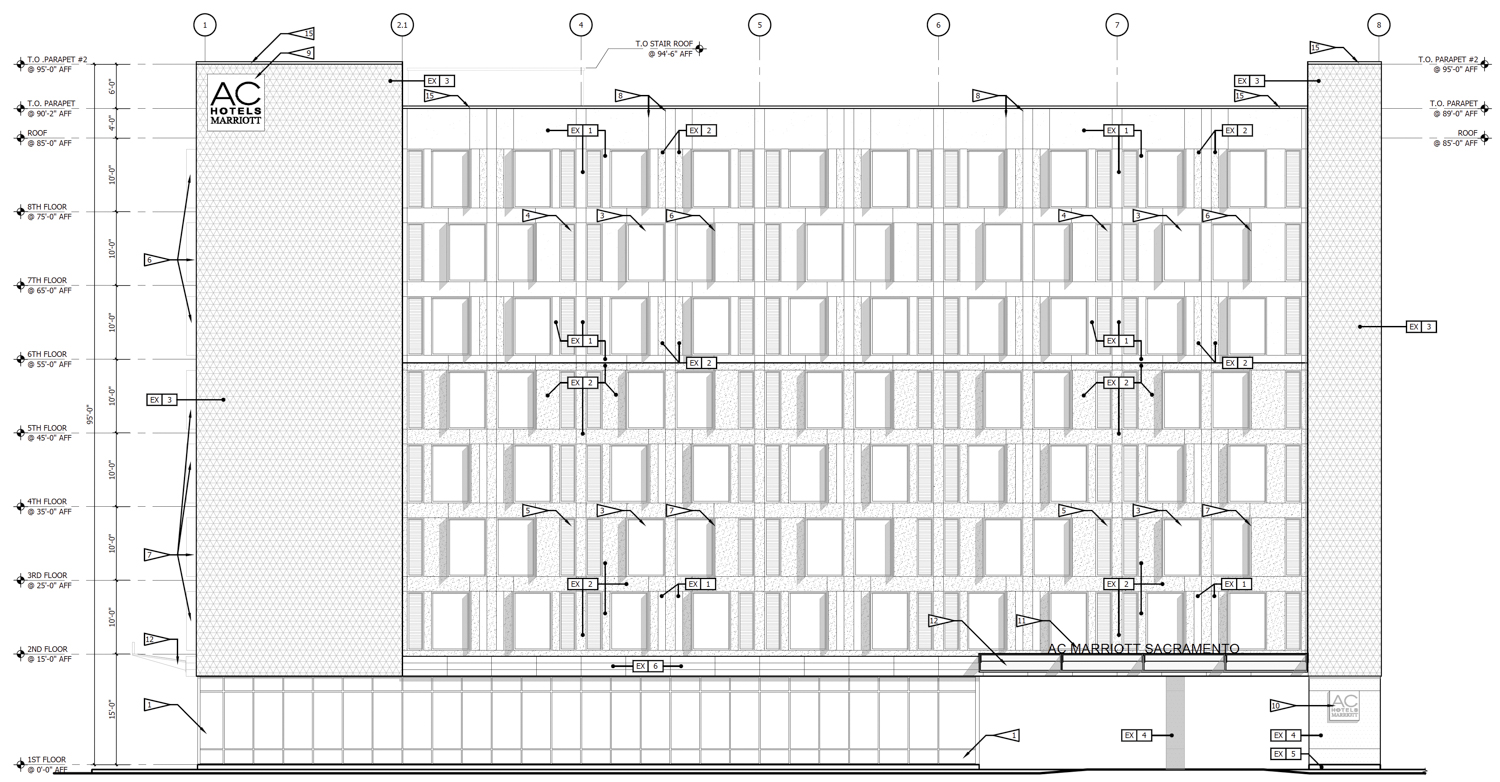 The initial structure was designed by the De Bartolo + Rimanic Design Studio. Reporting from Business Journal indicates the sale has put AXIS/GFA in charge of the architecture, though the formal components will not be dramatically altered. 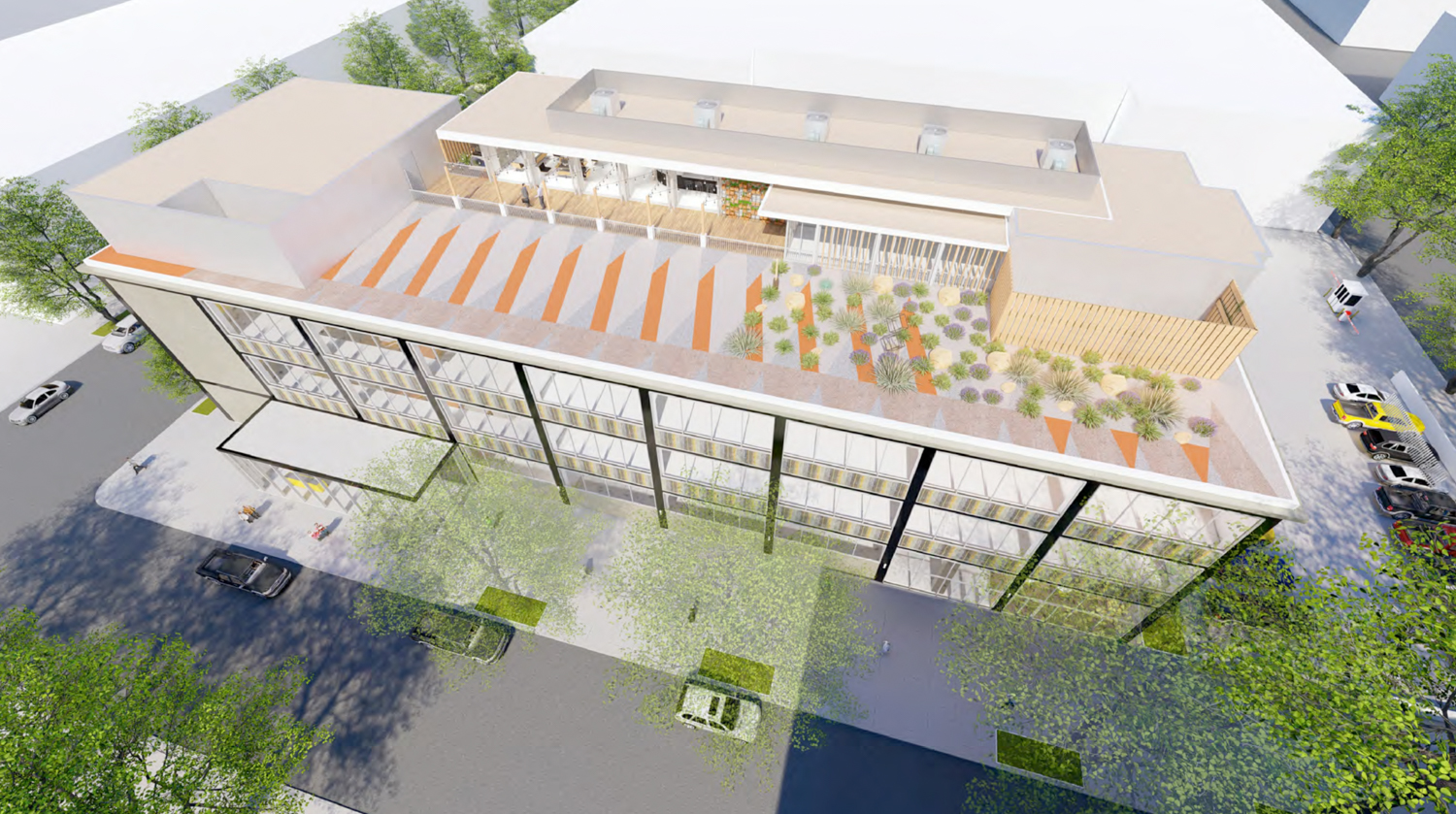 The three-story mid-century will be refurbished with cleaning and repairing the facade and new interior decoration matching the period style. The building’s front will be altered to produce a more seamless entrance to the foyer. The rooftop will be transformed into a new outdoor terrace, potentially accompanied by a public bar. 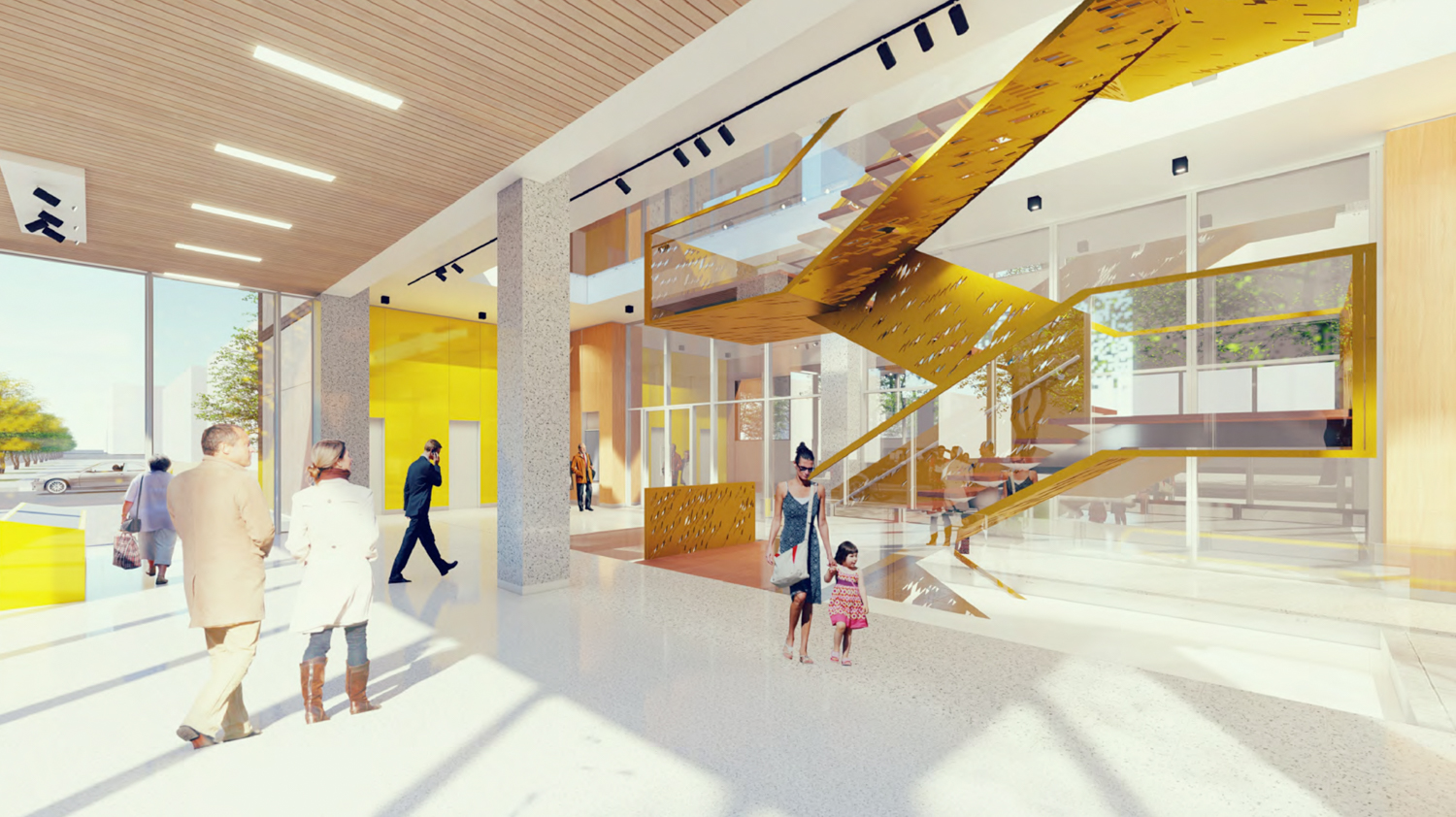 730 I Street Investors sold the hotel’s parcel was recently sold the .3 acre lot to the American Hospitality Services to develop and build the hotel to fruition.

There has not yet been a date for when construction will begin, which is estimated to cost $32 million, or the price of an 11,000 square foot manor owned by George Washington.

Be the first to comment on "Permits Approved for New Hotel at 730 I Street, Downtown Sacramento"