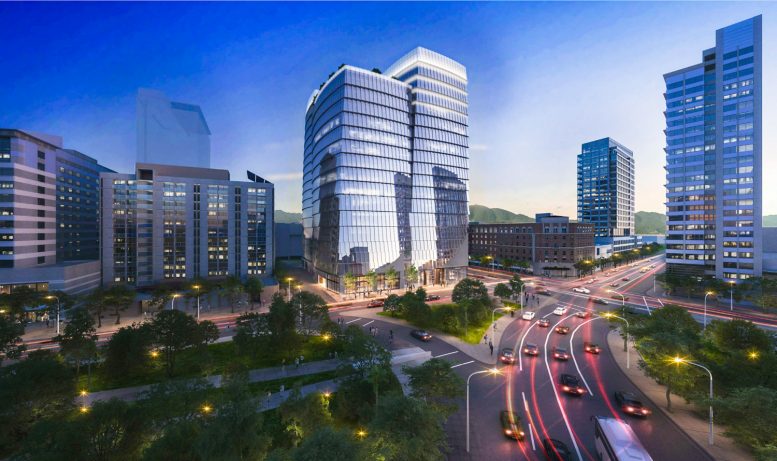 The Sobrato Organization is planning a 295-foot office building for 282 South Market Street in Downtown San Jose. The project is in the news following the Environmental Impact Report (EIR) publication, with updated numbers and positive indications for its development. Sobrato’s plans would transform the parking lot in the city center into an active hub for the growing city. 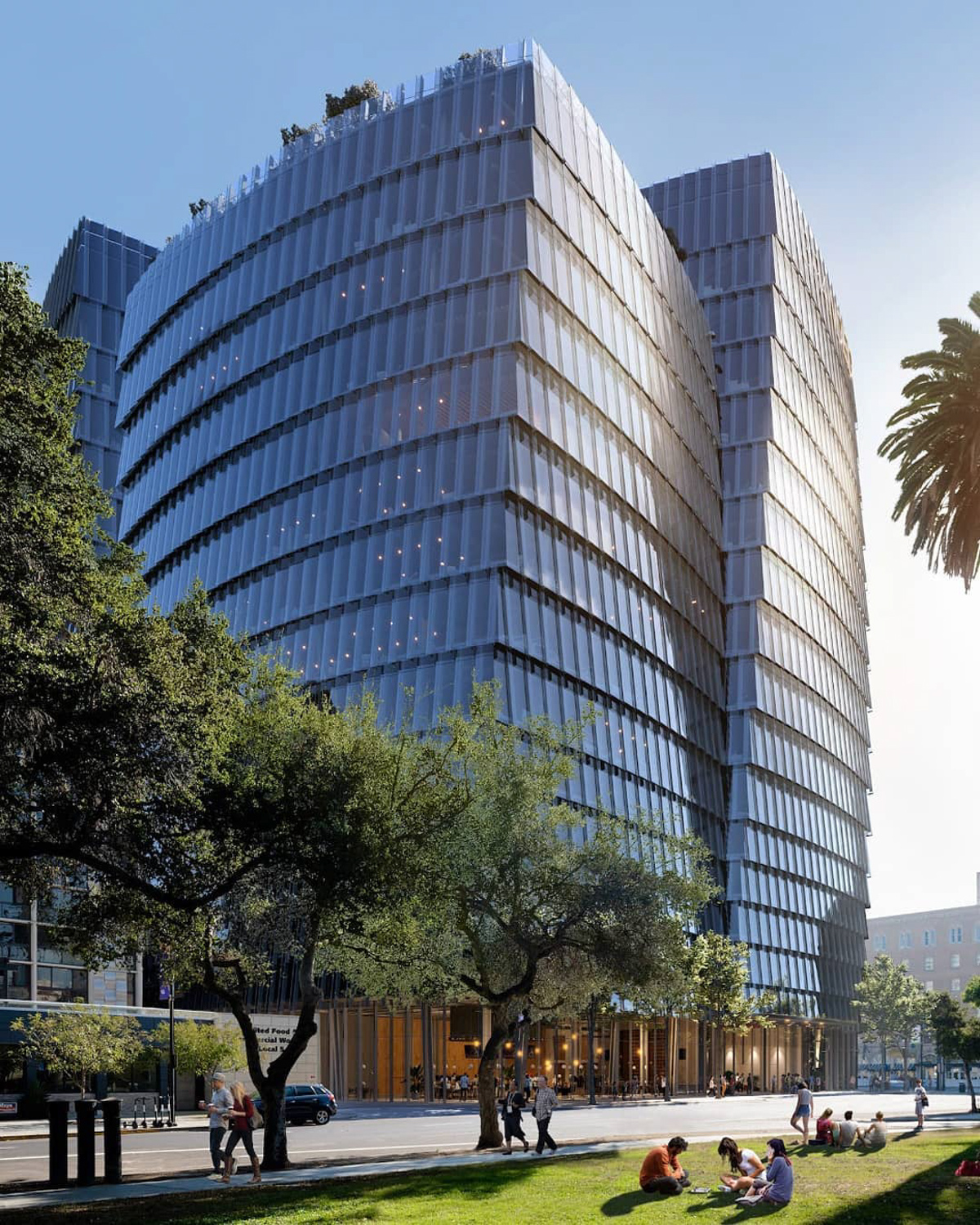 The twenty-story proposal calls for a 1.05 million square foot mixed-use building on the 65,000 square foot parcel. The development includes 627,210 square feet for offices, a substantial 683-vehicle parking garage, and 16,375 square feet of retail. The parking is to be distributed between two below-level floors, then floors two through seven. Floors one and eight through nineteen are then available for office use. 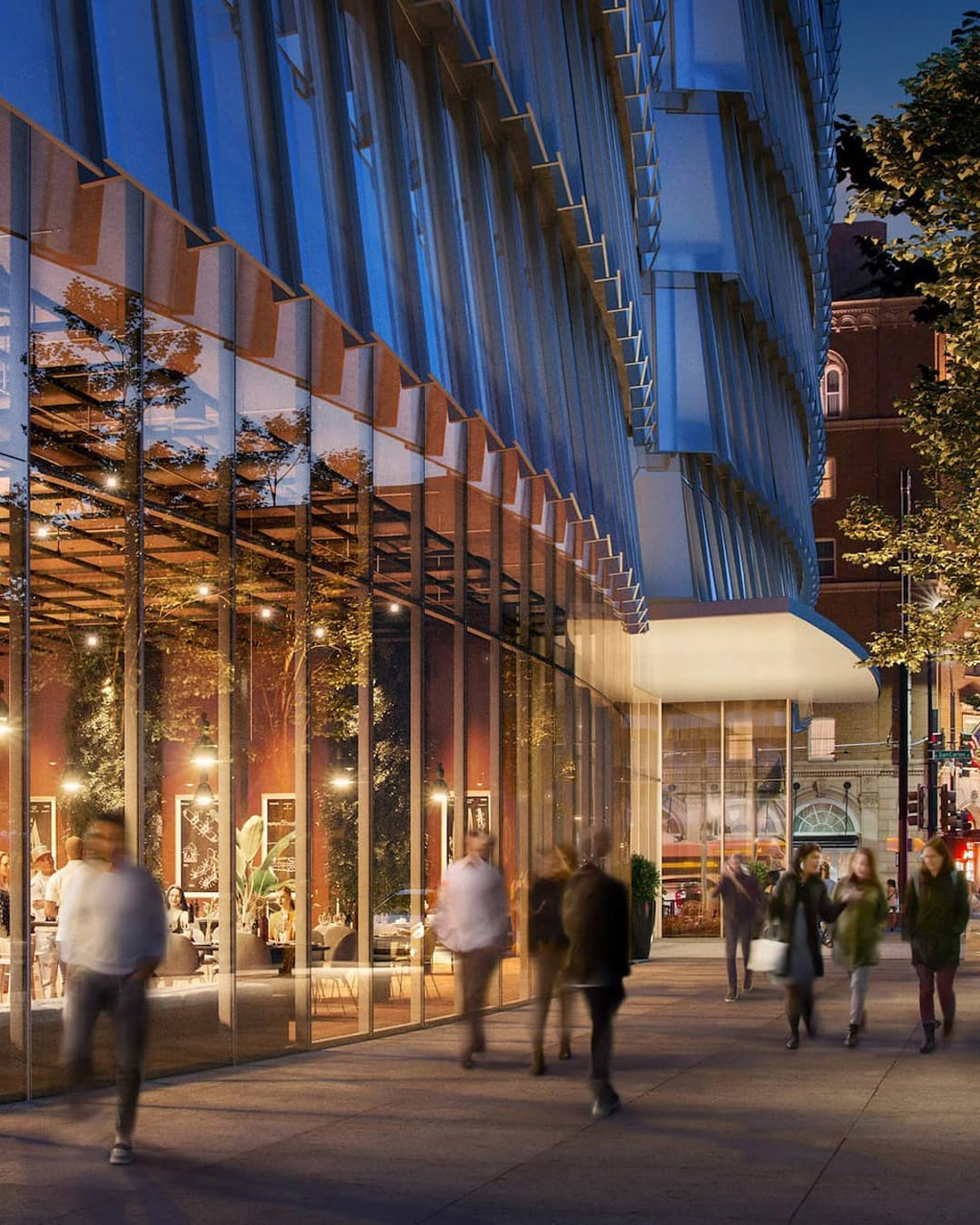 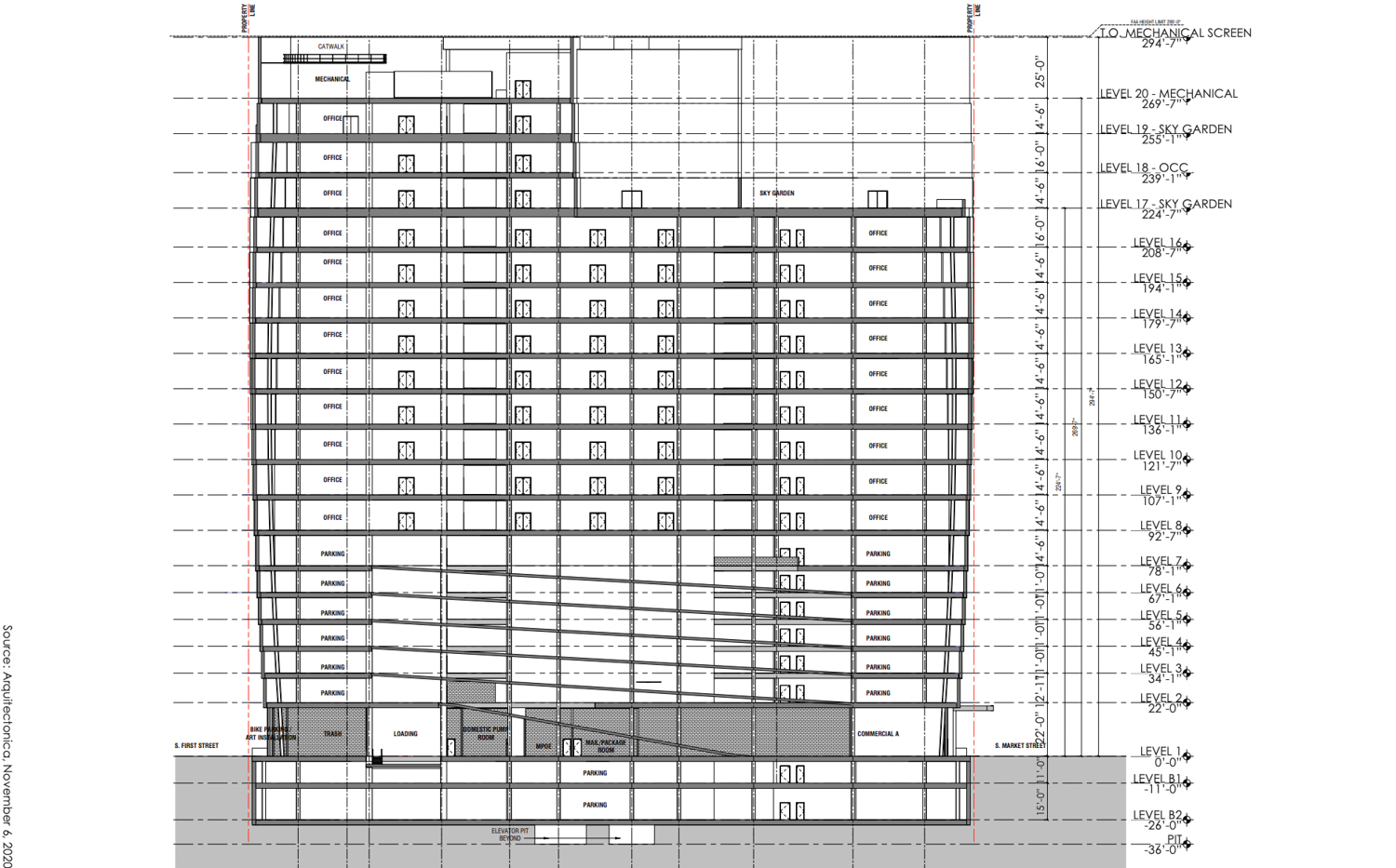 The four twisting towers would make for a stirring first impression of Arquitectonica to the Silicon Valley city. The overlapping curtainwall skin showcases the firm’s expertise with unconventional structures across the world. 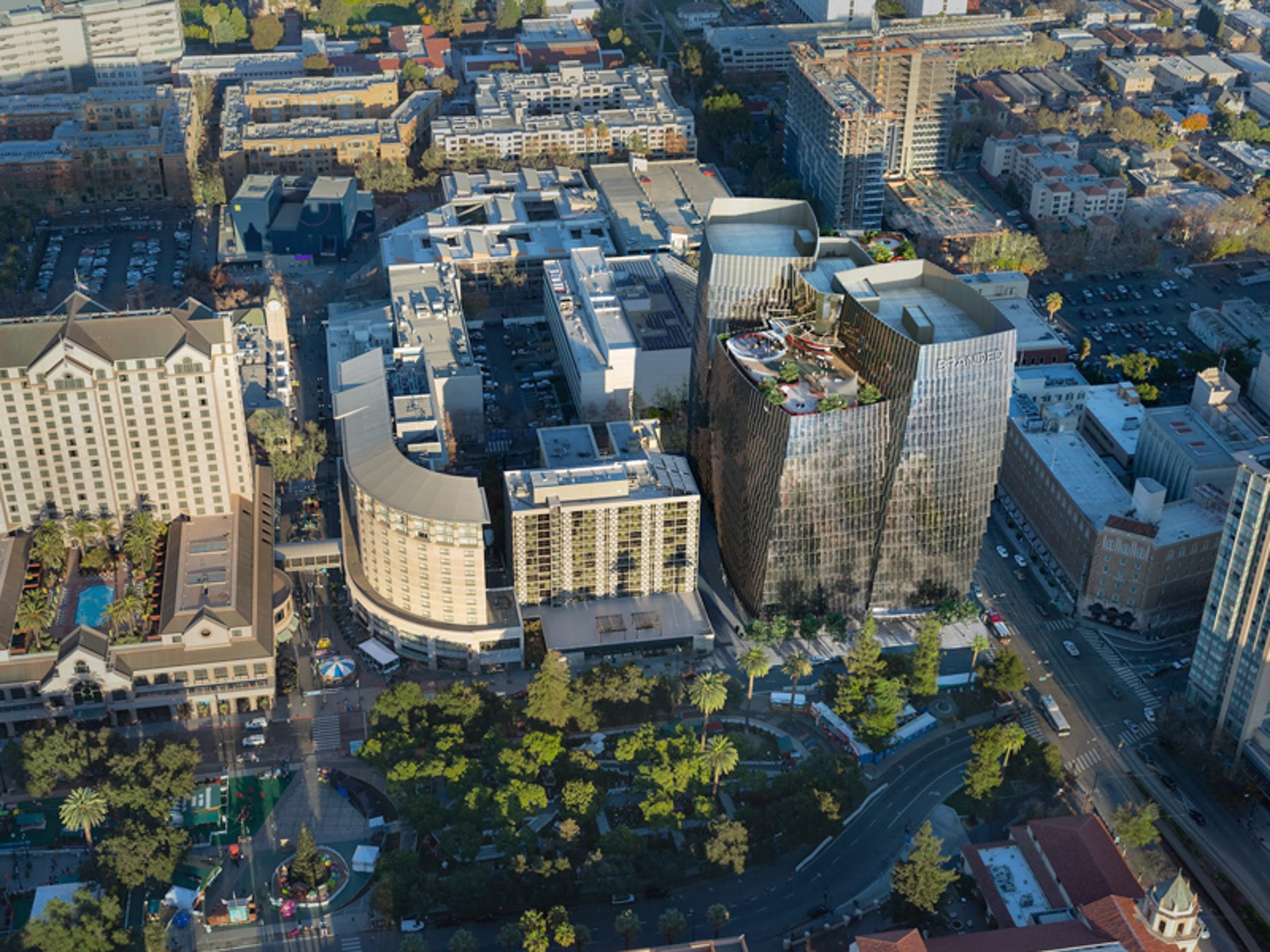 Despite being at a central location beside the Plaza de Cesar Chavez Park, the parcel is currently covered by surface parking. One of the few red flags from the EIR is that the project would cast some shadow for certain hours in the morning throughout the year, as depicted in the graphic provided. 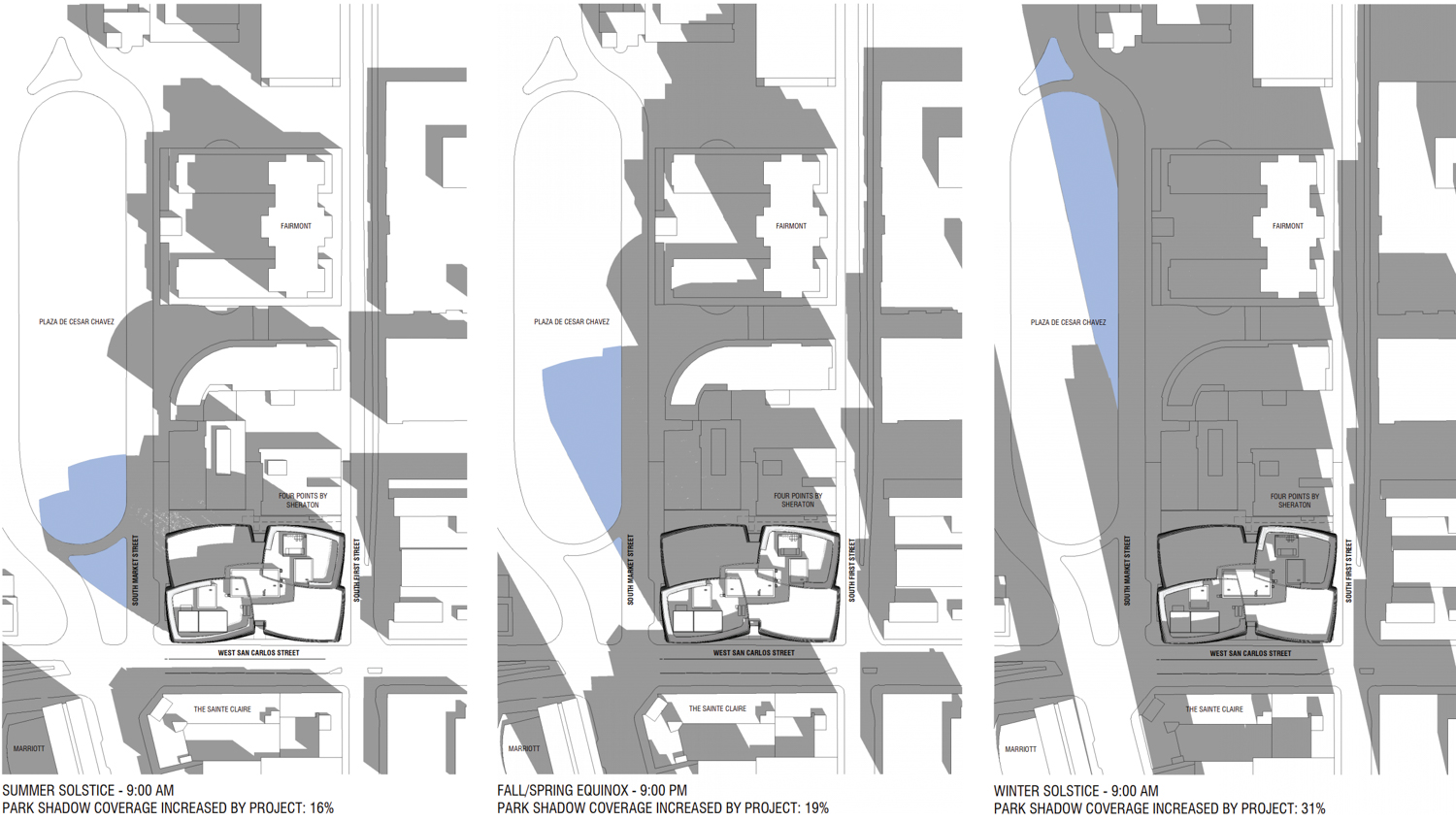 When offered alternative development options, including halving the structure or allowing no development, the EIR recommends to go ahead in full, citing the 2018-released San Jose Downtown Strategy 2040 plan. The document reads, “Reducing the height of the building would fundamentally change the project as proposed, would not meet the project objectives, and a low-density development on the project site is not consistent with the City’s vision and goals for downtown, which include encouraging ambitious job and housing growth downtown.” 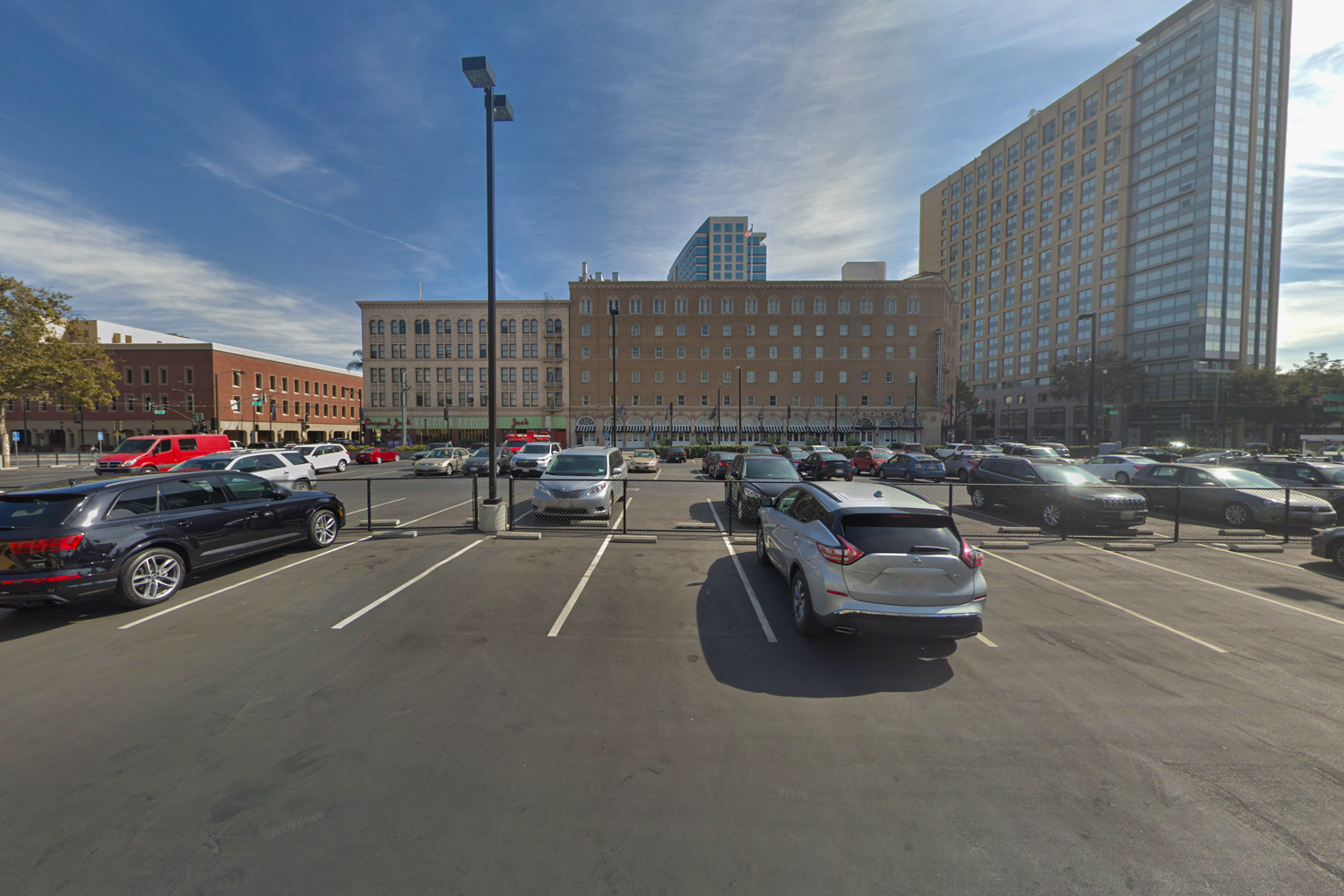 Construction is estimated to take just under three years from groundbreaking to completion, though a groundbreaking date hasn’t been released. The site will be two blocks away from the planned Downtown San Jose BART Station.

Be the first to comment on "Futuristic Tower Planned for 282 South Market Street, Downtown San Jose"