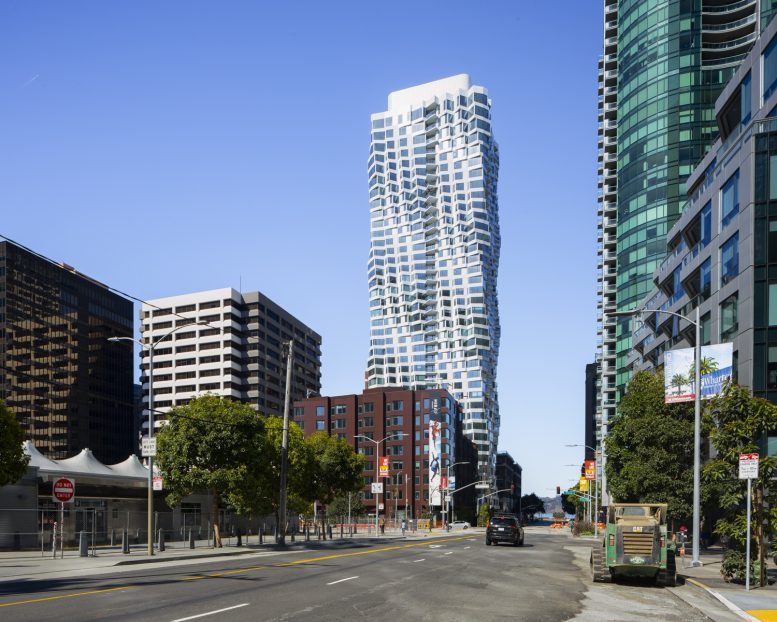 MIRA Completed in Summer of 2020, image by Andrew Campbell Nelson

There’s a new project afoot. SFYIMBY plans to highlight the 52 tallest skyscrapers planned and completed in San Francisco as of January 1st, 2021. This list will include towers nearly a century old and projects that haven’t even broken ground. We start with 52nd place, Studio Gang’s MIRA at 160 Folsom Street in SoMa, San Francisco. The 422-foot tower opened its doors last year, but even before opening, the building has garnered significant attention with a twisting facade responding to the city’s historic architectural vernacular. 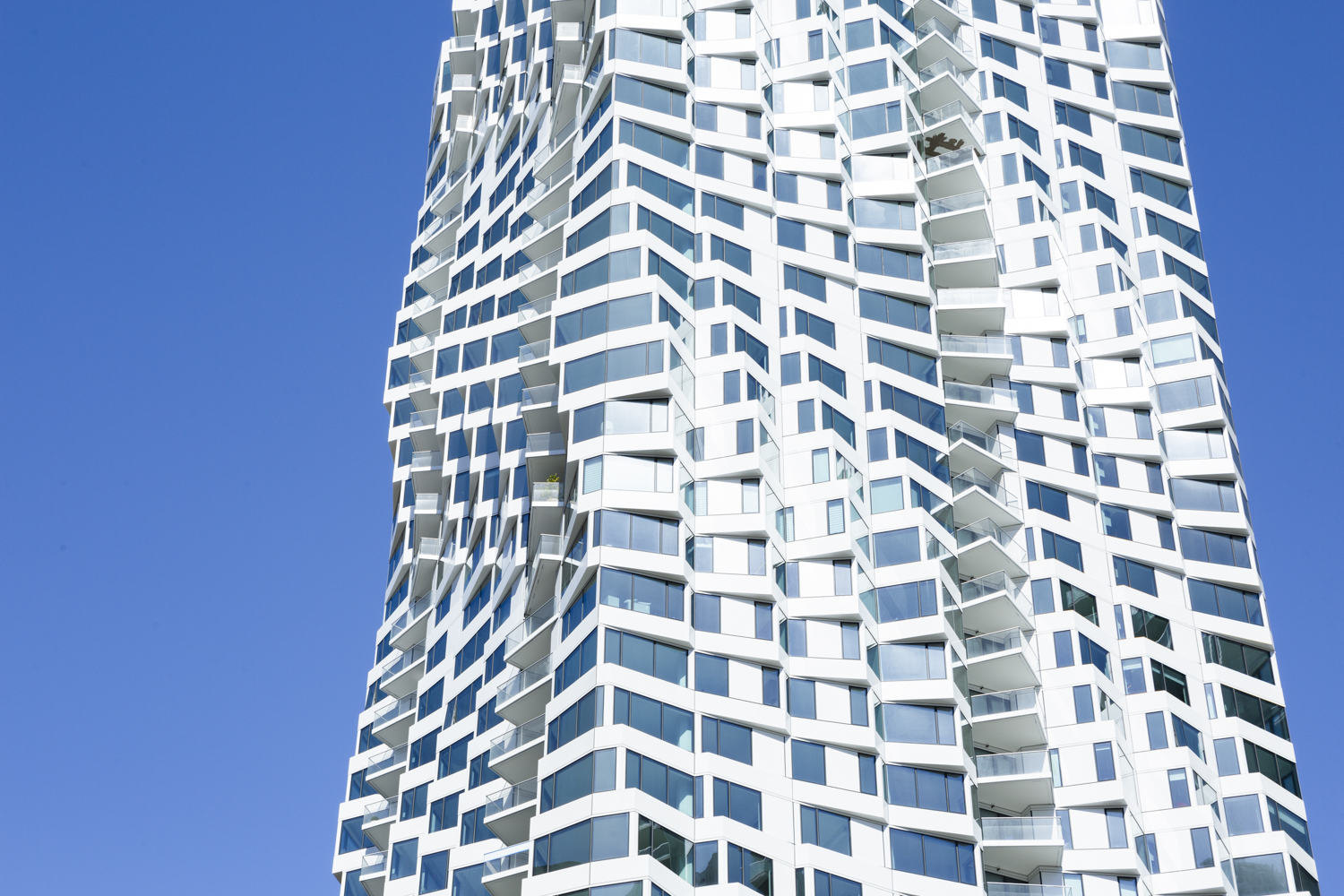 “Reinterpreting the classic bay windows of San Francisco, our design amplifies the dynamic quality of the neighborhood,” said Jeanne Gang in a statement, principal of Studio Gang. The striking facade is more than just eye-catching, as it allows every resident from the 40th floor and down to have a bay window, a corner spot with a wide perspective of the skyline. 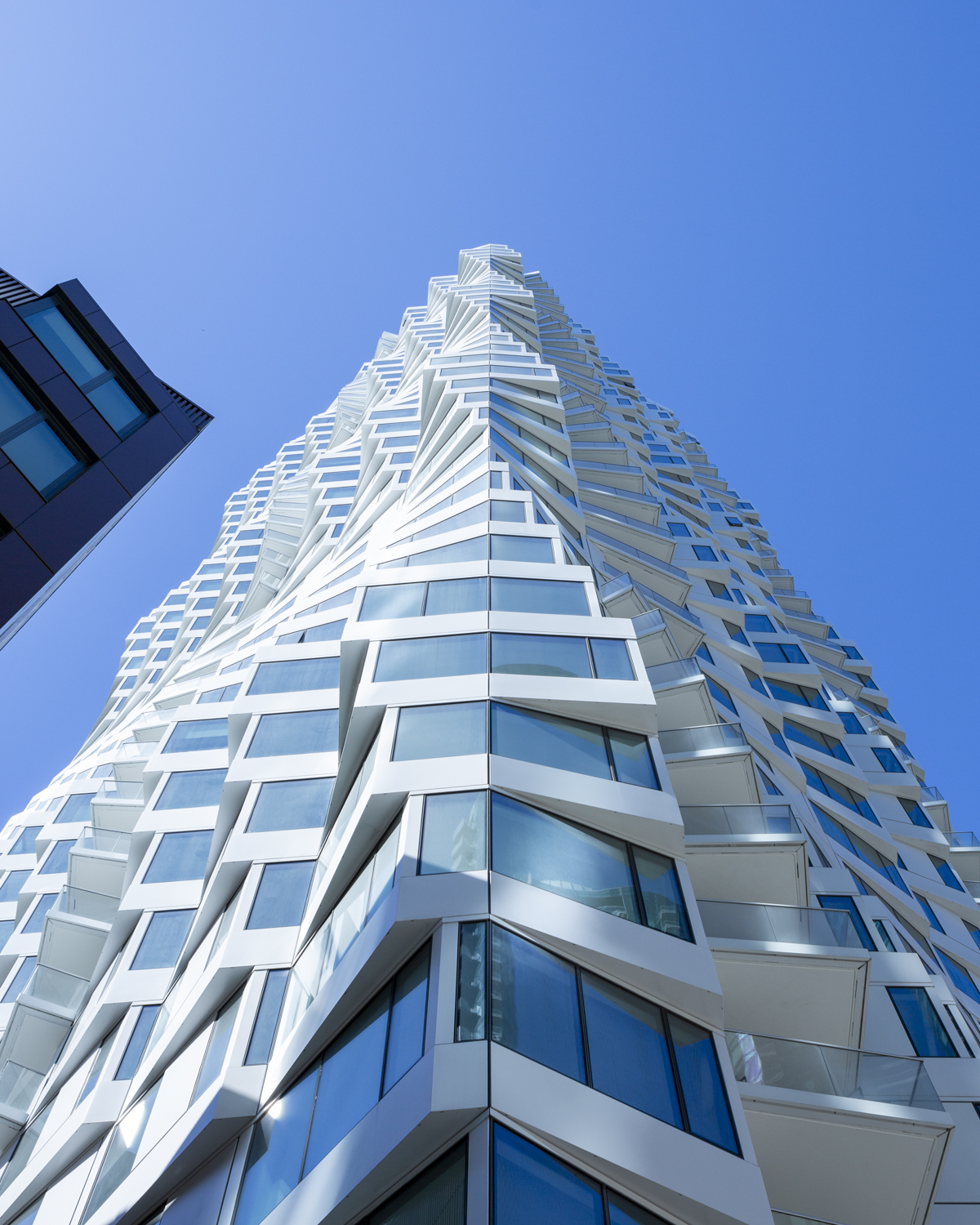 MIRA rises 400 feet from street level to the top of its facade and 422 feet to its peak. While initial plans showed the project to rise 300 feet, the project received the 100-foot bonus from the city in exchange for including a significant amount of affordable housing. The tower rises out of an eight-story podium and collection of four-story townhouses. The full complex yields 700,000 square feet, offering a wide range of residential options to the fast-growing neighborhood, and one block from the Embarcadero. 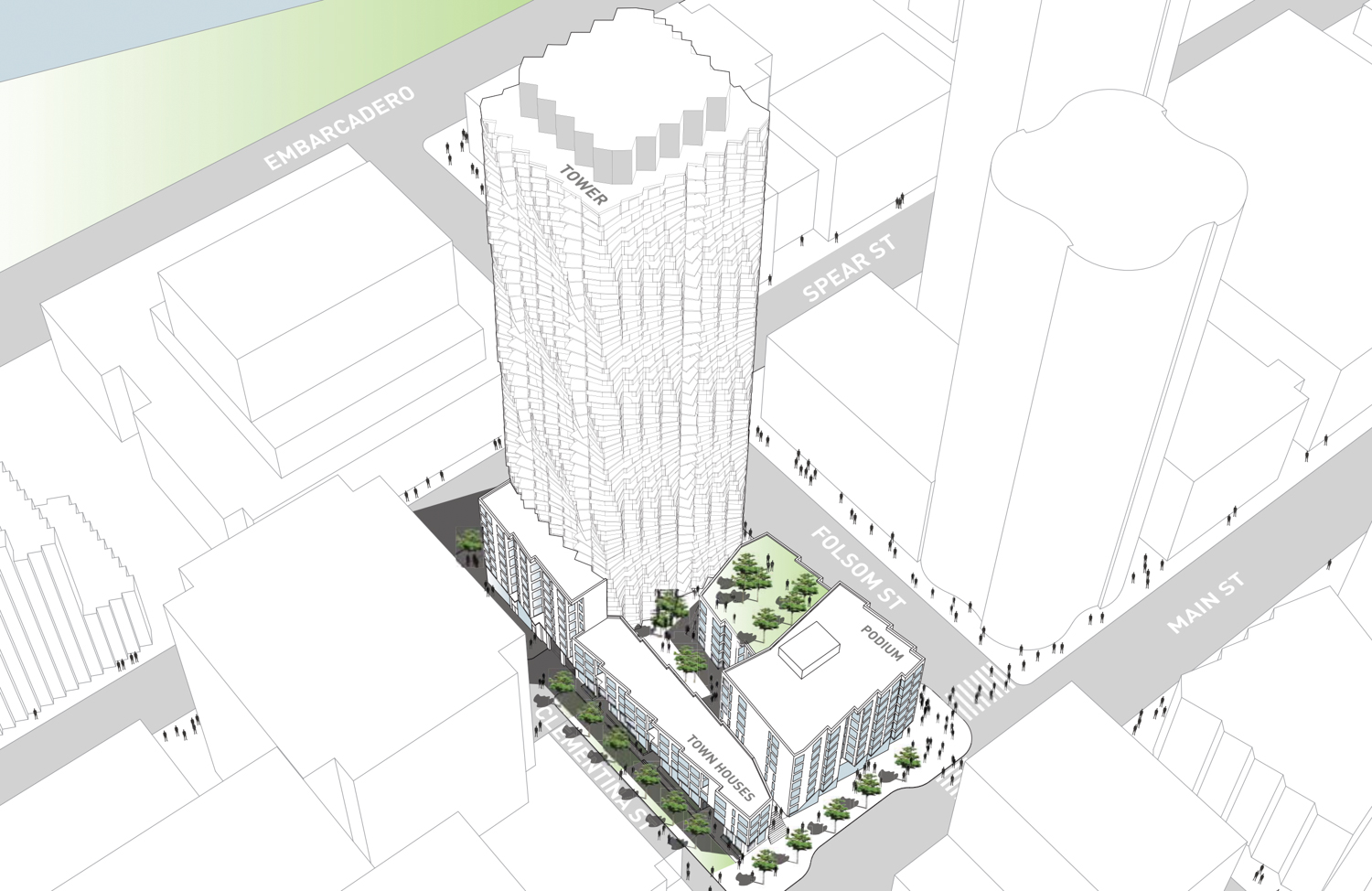 The development provides 392 residences, of which 40%, or 156, are to be sold below market rate. Residential amenities will include a rooftop lounge, a fitness center storage for 150 bicycles, and valet parking for 340 vehicles. The building will also bring pedestrians 10,000 square feet of ground-level retail.

Tishman Speyer Properties is responsible for the project. Units are selling for less than $1 million to $5 million.

Be the first to comment on "Number 52: MIRA at 160 Folsom Street in SoMa, San Francisco"