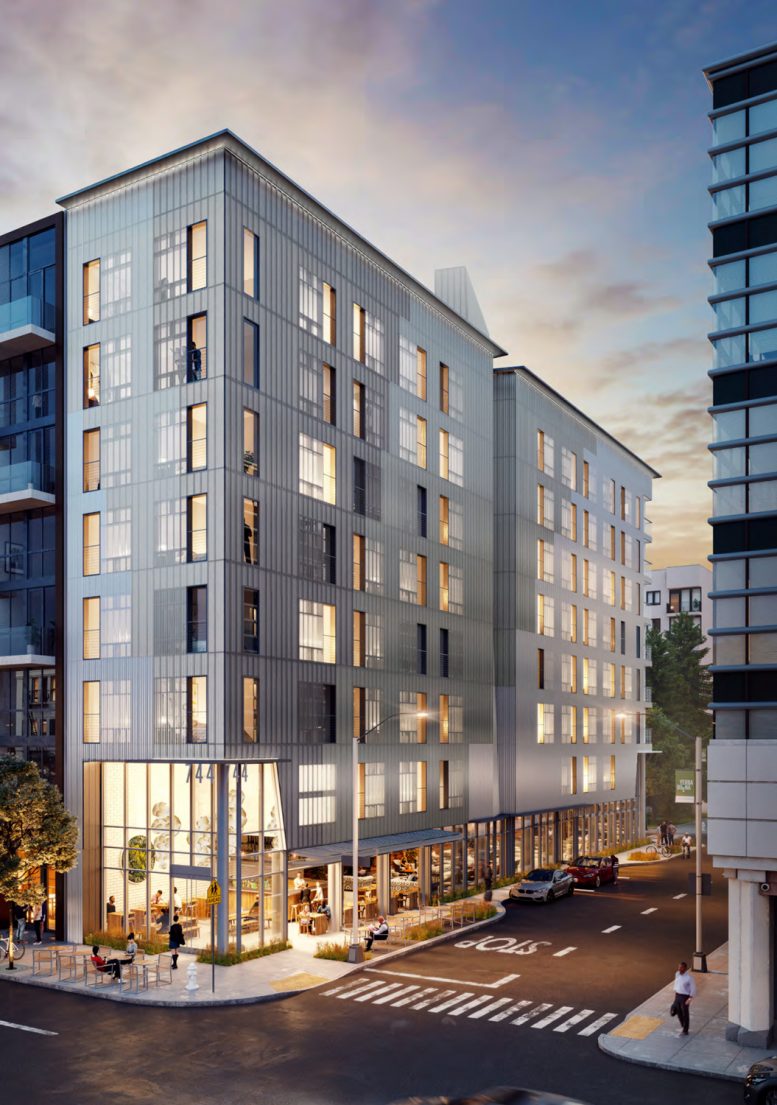 Recent activity shows that development persists for an eight-story mixed-use infill at 744 Harrison Street in SoMa, San Francisco. The project will bring a mix of hotel and residential use on top of a ground-level restaurant. However, this persistence comes in the form of a permit approval extension. The development was originally approved in 2018. An application to extend construction entitlements for an additional three years was approved Wednesday. Leon Lee & Associates are responsible for the development as the property owner. 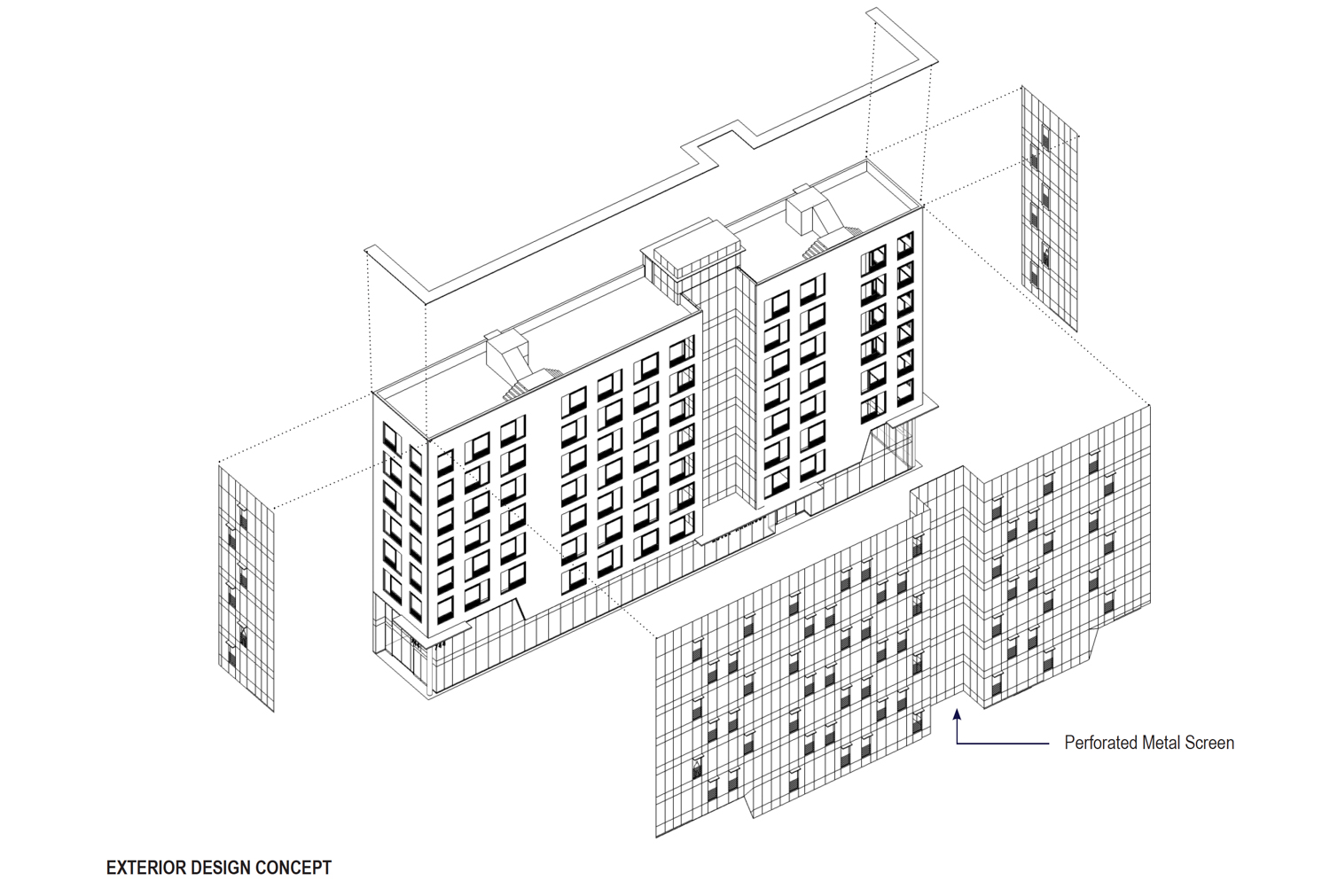 The proposal calls for an 85-foot structure on a 25 by 160-foot parcel yielding 33,490 square feet, including the 1,875 square foot commercial space, 21,740 square feet to produce 55 hotel guest rooms, and 9,880 square feet for four apartments on the seventh and eighth level. Green roofing will cap the project, while two-story high ceilings will benefit the retail space along Harrison Street and the hotel lobby along Rizal Street. 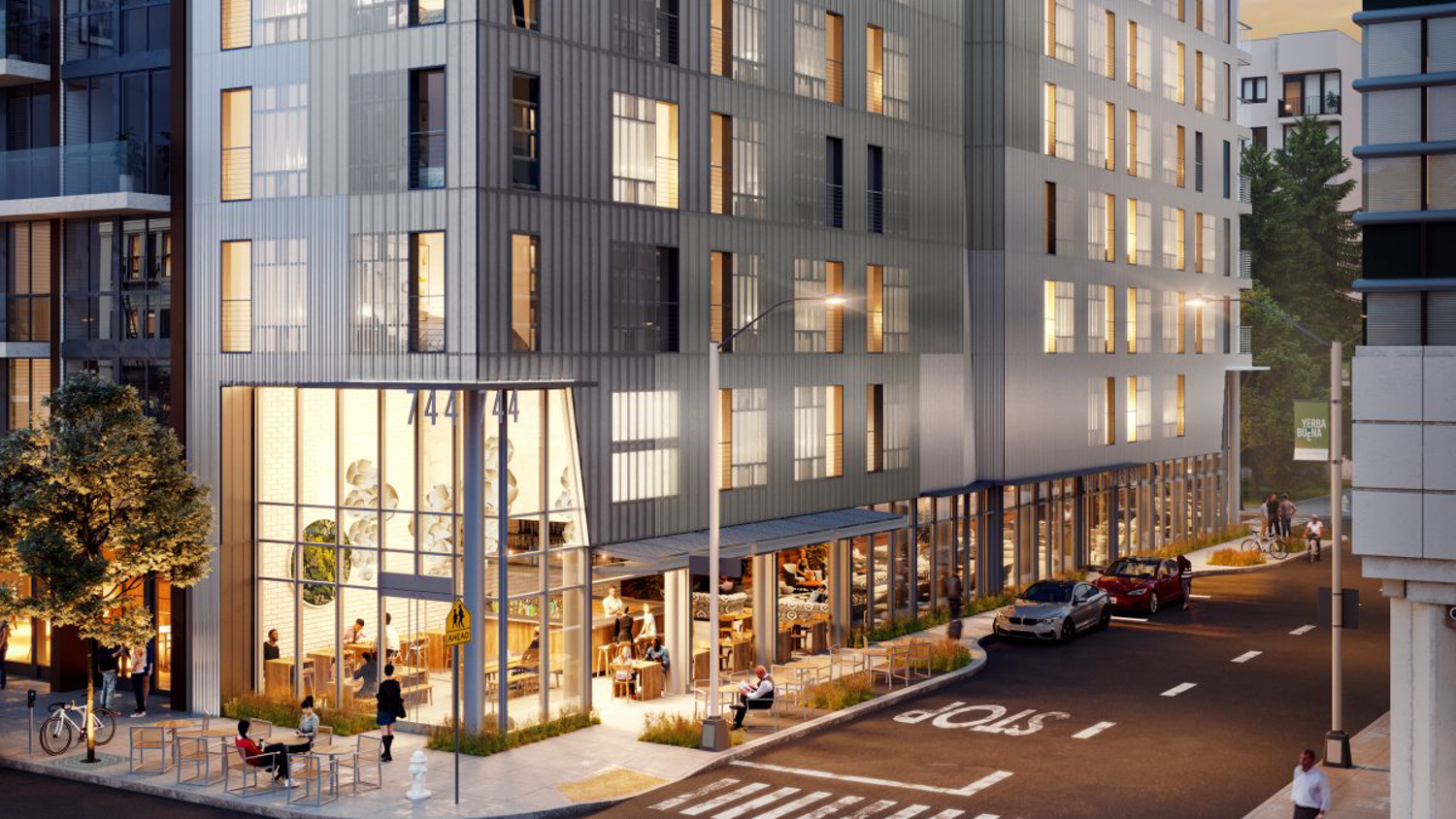 Charles F. Bloszies FAIA is responsible for the design. The design concept has been inspired by the M3A2 Cultural and Community Tower in Paris, as devised by Antonini + Darmon Architects. Bloszies describes their proposal in planning documents as such, “the upper floors will be clad with a sheer metal screen that covers and shades the windows but is transparent enough to see through from the inside. Although the form is a simple, slender box, it will look different from different angles and sun conditions. At night, lights inside will shine through, resulting in an infinite variety of appearances.” 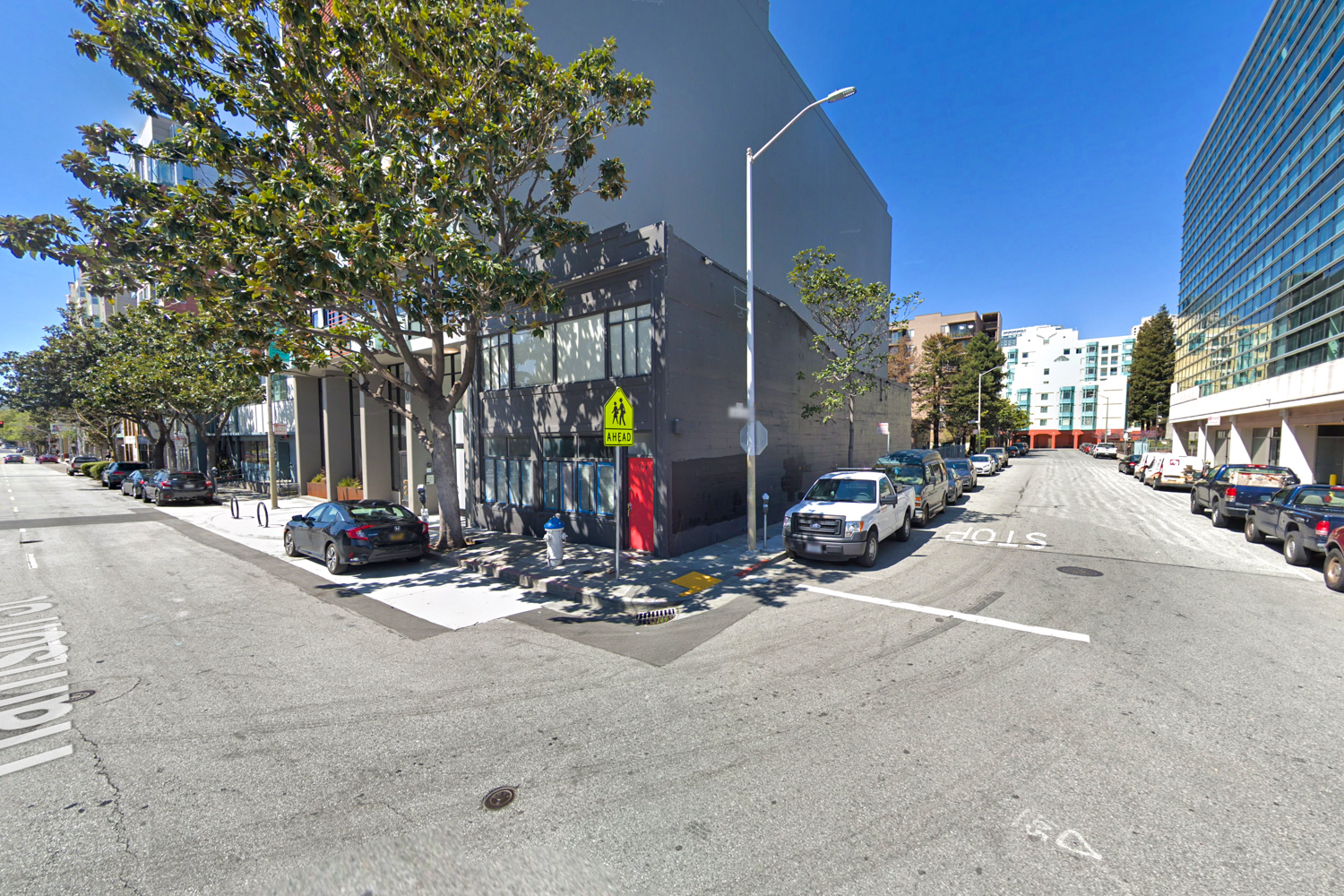 The development is in a desirable location, located less than one block from the Moscone Center and two blocks from the Yerba Buena Gardens. The Powell Street BART station is just over four blocks away, a central stop with lines leading to every end of the transit map. The Oracle Park baseball stadium is five blocks way. 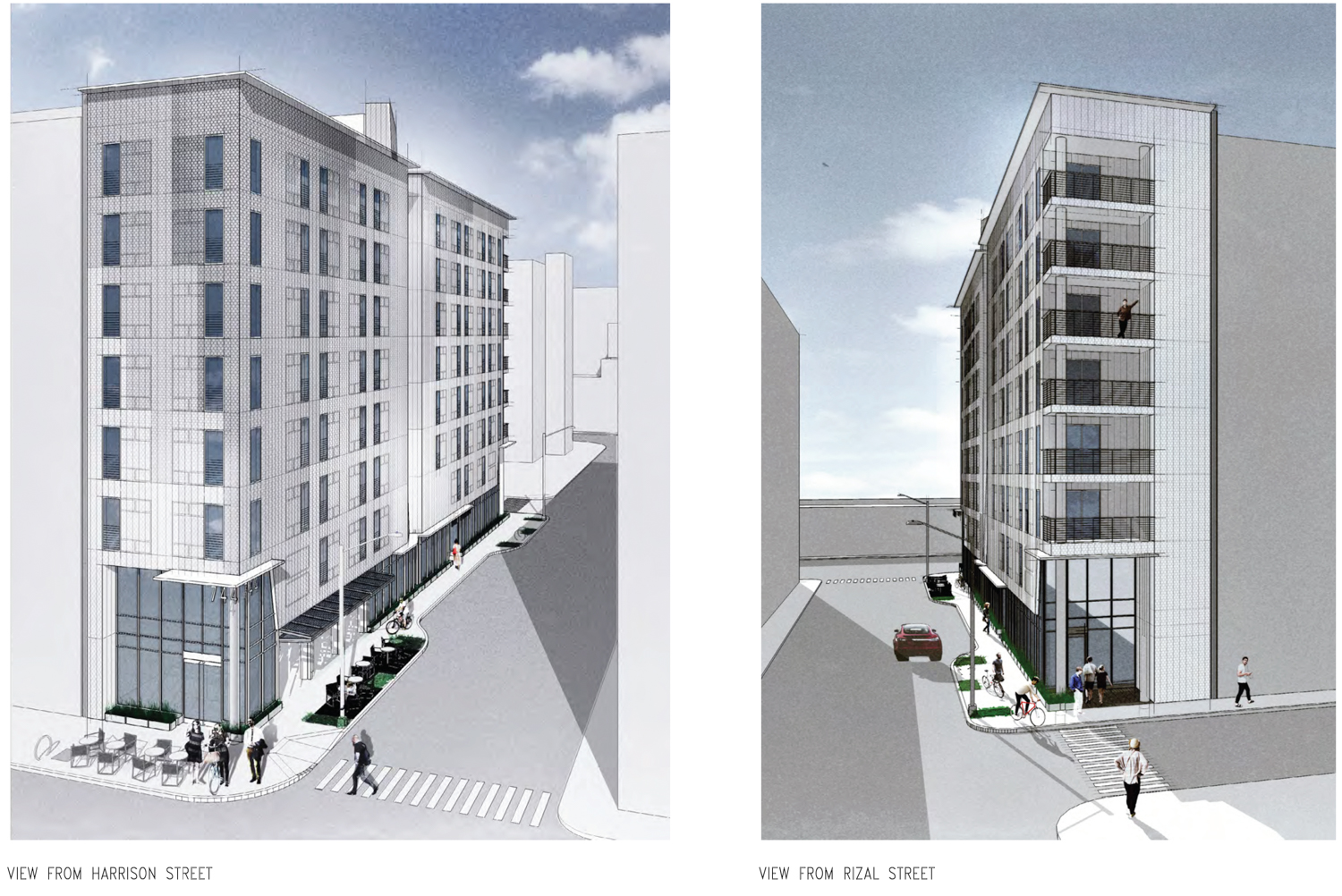 The property was sold for $3.5 million in 2016. LL&A’s proposal comes with an estimated construction price tag of $10 million.

Be the first to comment on "Planning Continues for 744 Harrison Street, SoMa, San Francisco"

The concrete structure at the Arthaus condominium