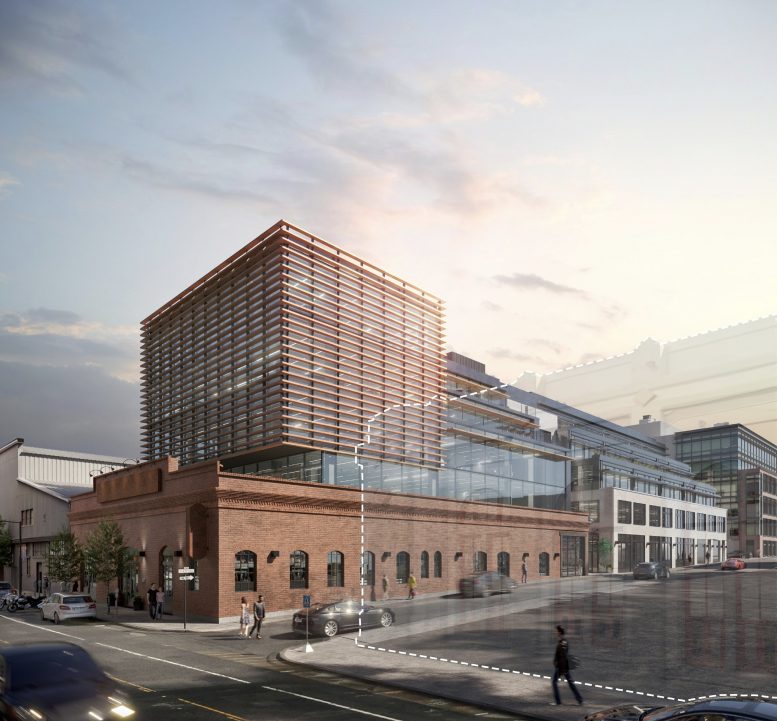 Development permits were submitted seeking the approval of constructing a five-level office building at 130 Townsend Street in South Beach, San Francisco. The project proposal includes a vertical addition to the existing structure featuring retail space on the ground floor and a new building that will allow for a five-level mixed-use building. The addition proposes 34,120 square feet of office space and 2,353 square feet of retail space on the ground floor.

Presidio Bay Ventures is the project sponsor. Stanton Architecture is managing the design concept and construction. 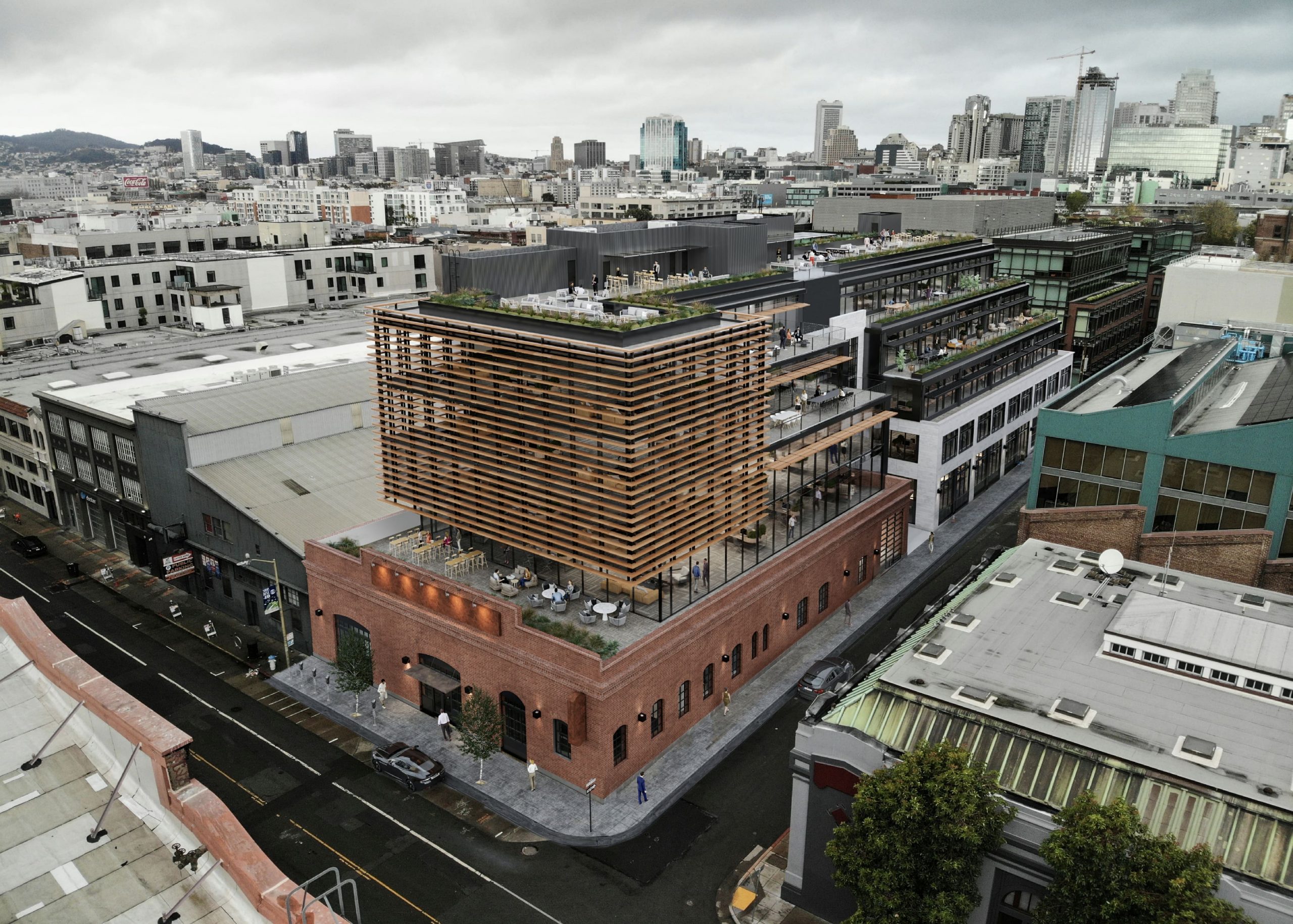 The proposed project will be designed and constructed autonomously as two separate buildings Townsend Building and Stanford Building; each with have different MEP systems, structural systems, entrances, walls, egress, and designs.

The existing structure, occupied by a restaurant and a parking lot, is a historic resource, and the proposed design concept complements the current aesthetics. The vertical addition will be compatible with the historic brick building’s materiality and solidity through the use of equally-spaced horizontal terra cotta louvers in a cube-like structure. The cube is set back fifteen feet from the front façade at Townsend Street and seven feet from either side to retain the existing building’s dominance and provide a human scale. 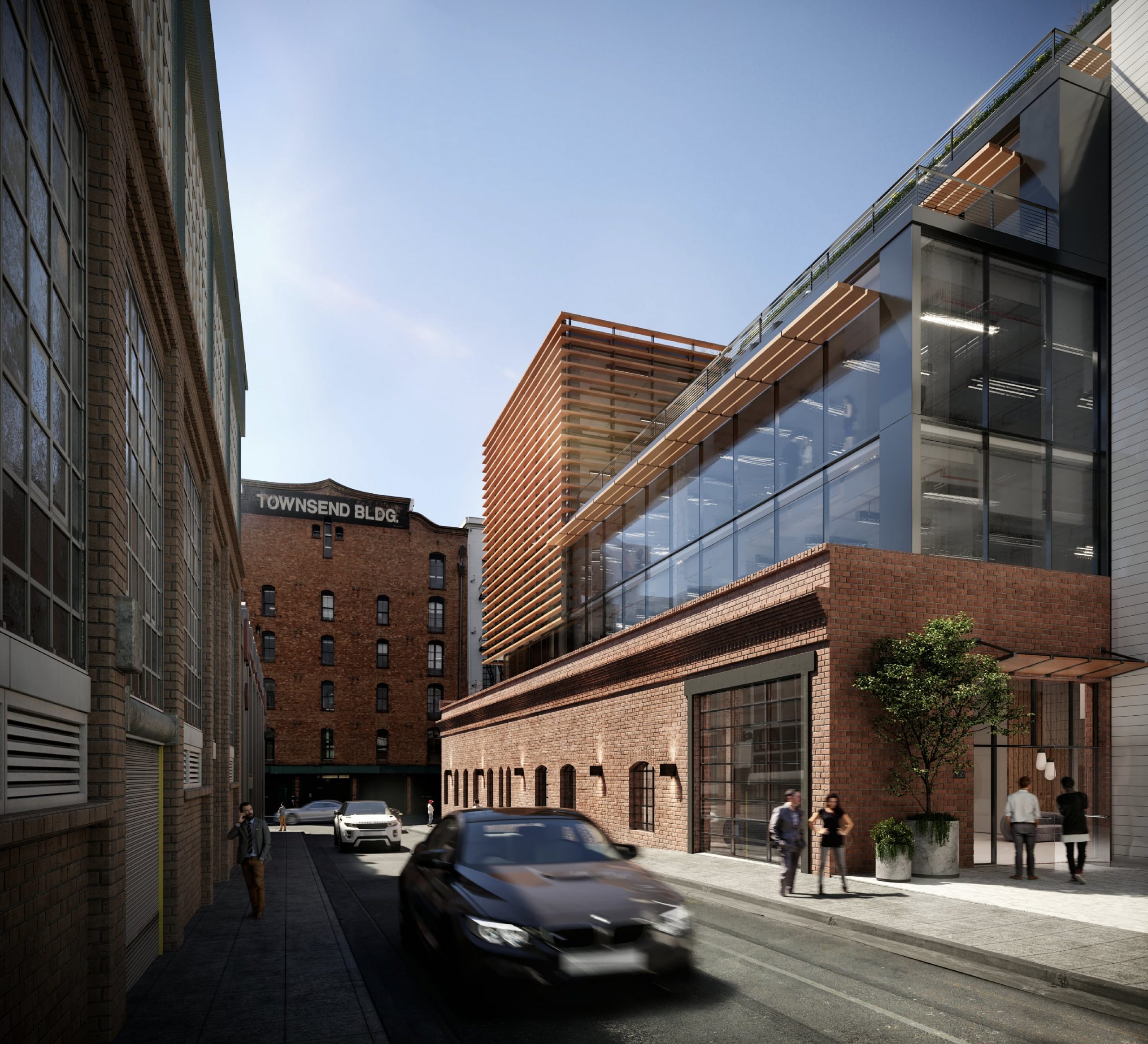 A larger twenty-five-foot setback occurs at the second level, which separates the cube from the existing building and allows for a deck on the second floor in addition to the roof deck. The rest of the vertical expansion is stepped back from Stanford Street in conformance with the sun angle plane requirement and allows for terraces on levels four and five. 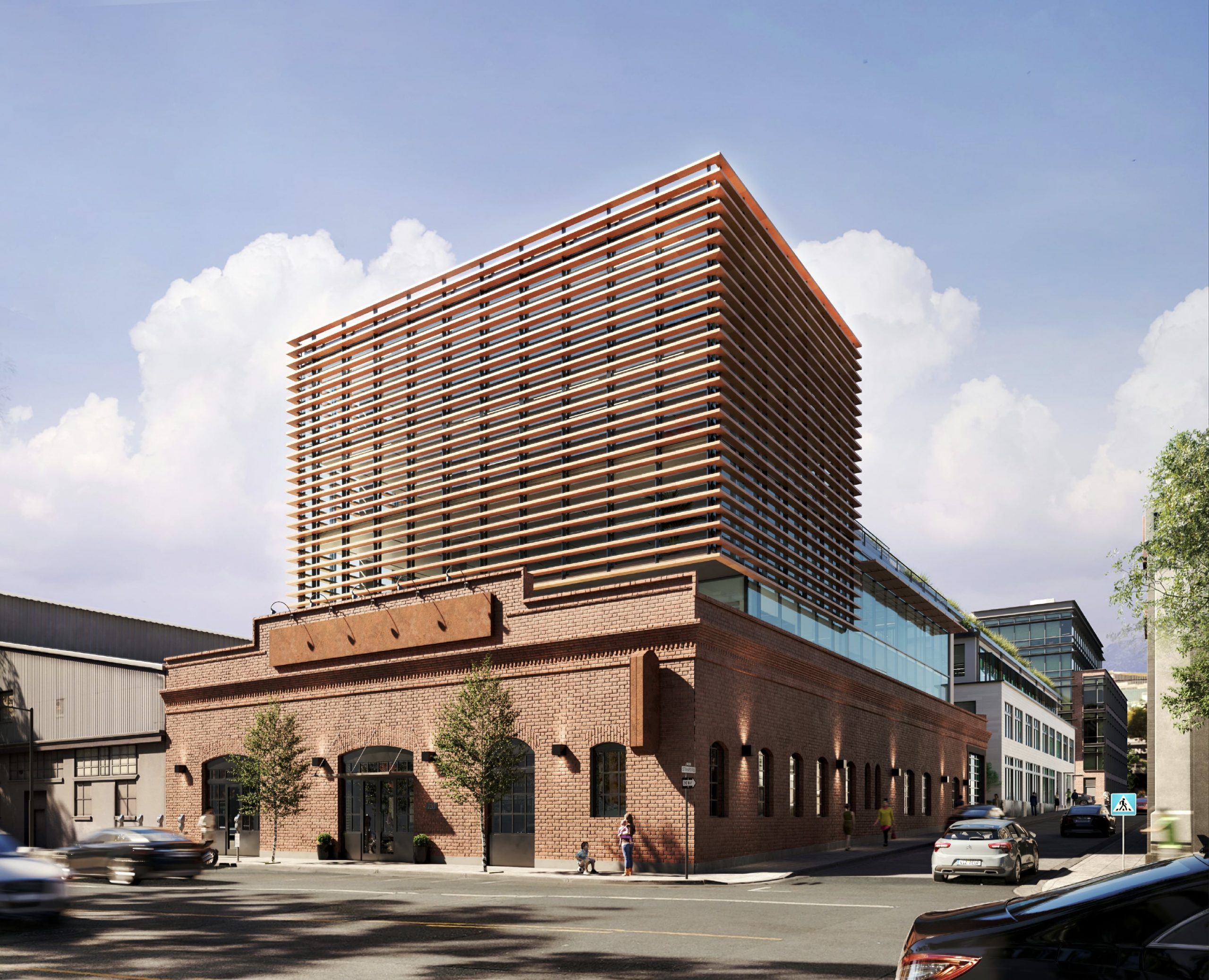 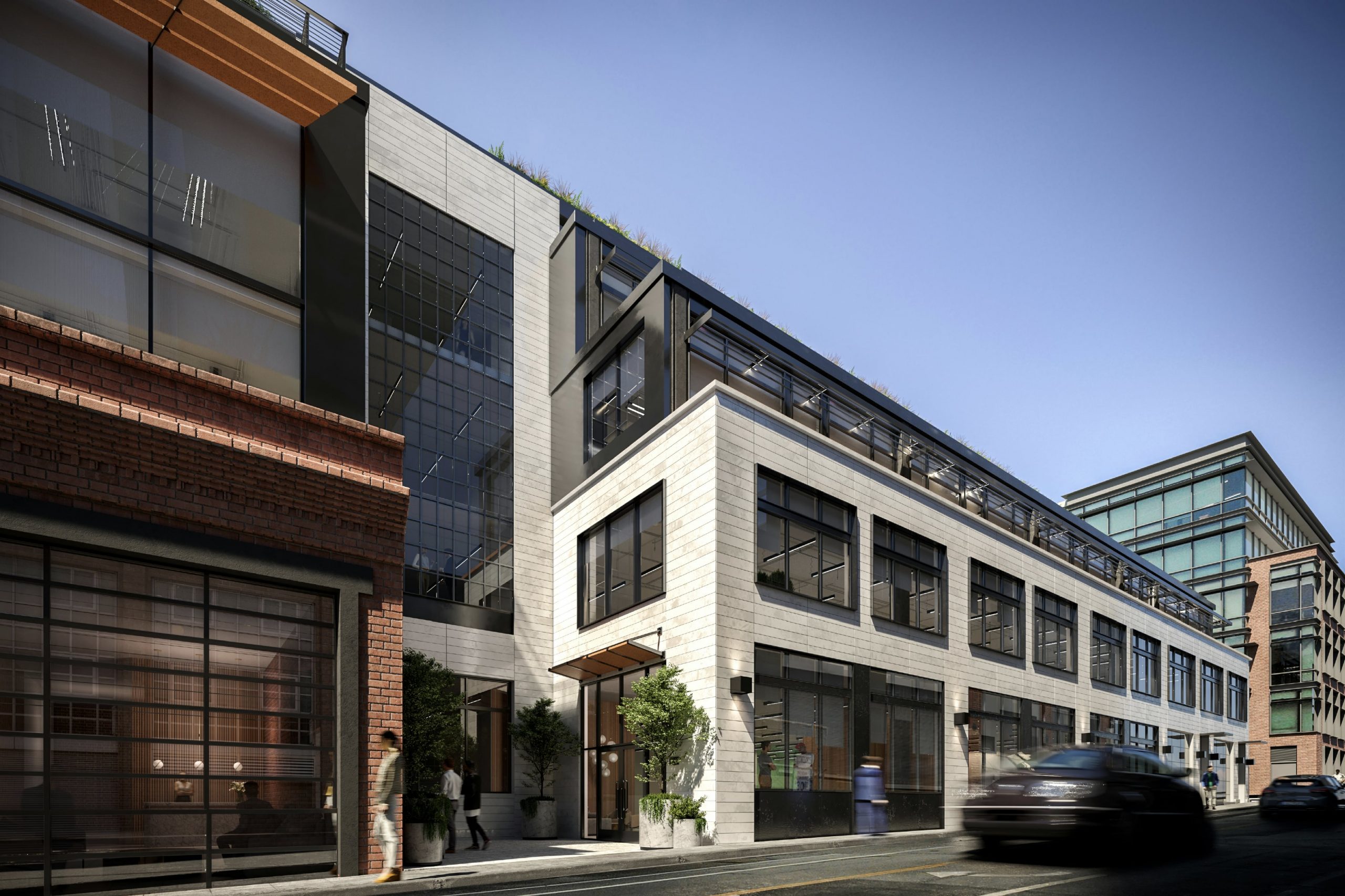 The project site at 130 Townsend Street is a 22,000 square foot lot on Townsend and Stanford Streets. The project site is located near Oracle Park and South Beach Harbor, Pier 40 along with many restaurants and grocery stores. The area is well-serviced by 1, 12, 19, 38, 45, N, and T buses.

Be the first to comment on "A New Building Planned For 130 Townsend Street In South Beach, San Francisco"

Besides the ornate and detailed crown, new additio