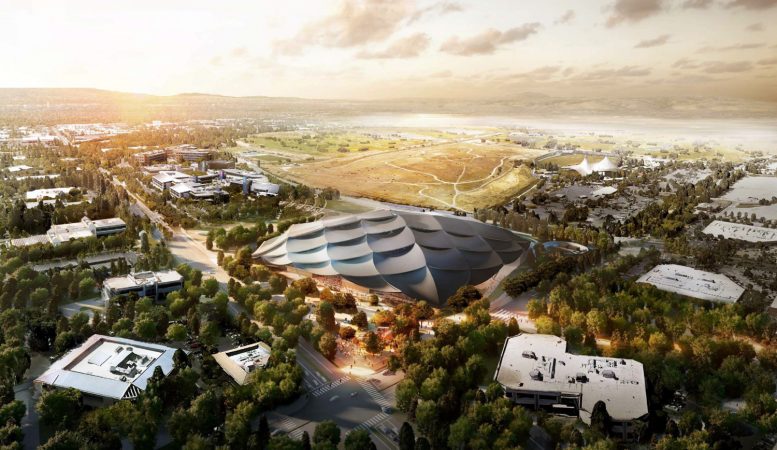 Construction is underway for the unusually shaped office building at 2000 North Shoreline Boulevard, nearby the waterfront in Mountain View, Santa Clara County. The project is a low-slung structure designed by high-profile architects; it is a collaboration between Bjarke Ingels Group and Heatherwick Studios. Google is responsible as the developer and future tenant. Uniquely and in many ways true, Heatherwick Studios describe the project “as Google’s first bespoke office building.” 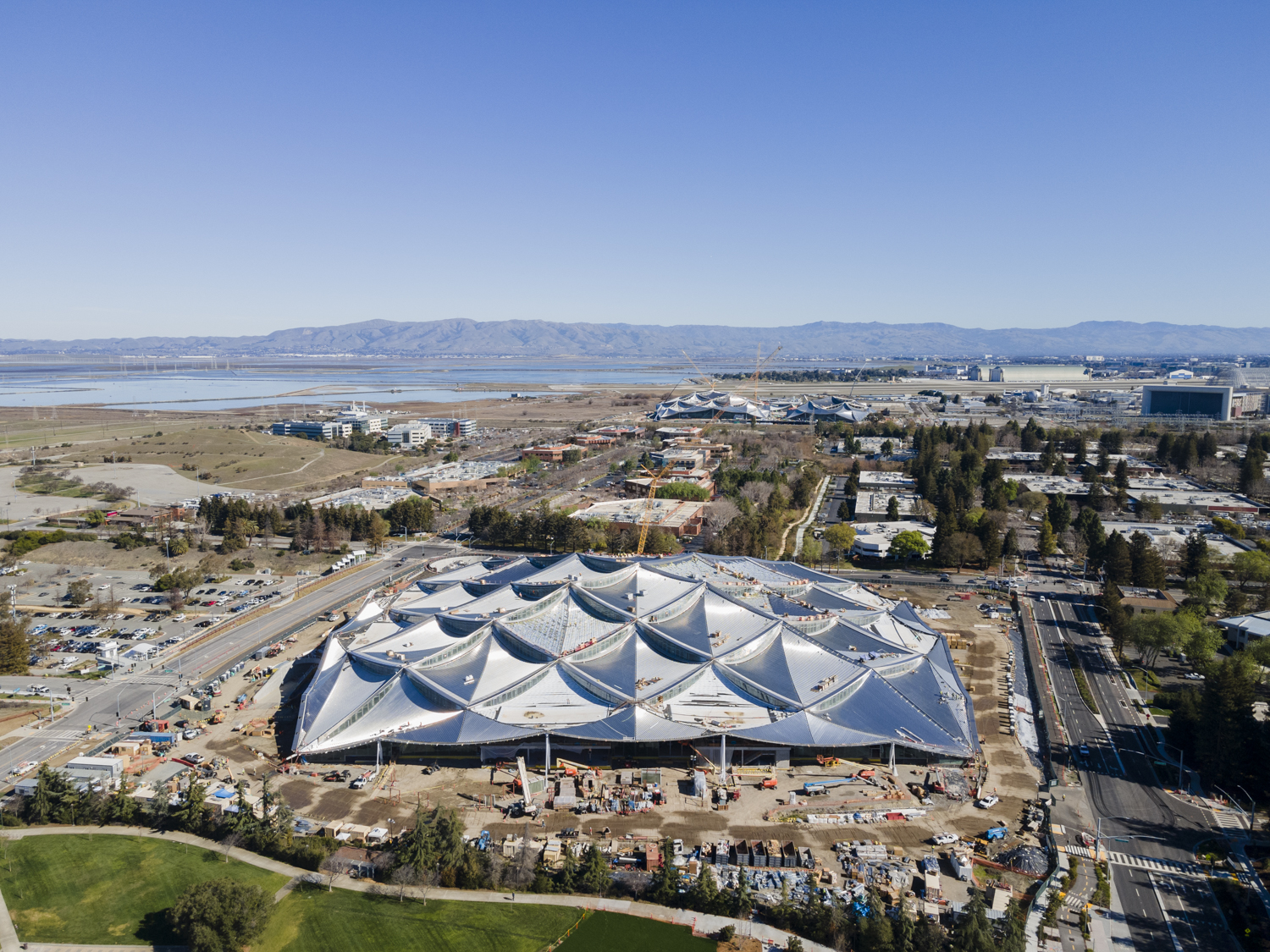 The 111-foot structure will yield 595,000 square feet of built area, primarily for office use. Roughly three thousand employees are expected to occupy the building once complete. The toy-like appearance of the catenary roof belies the enormous scale of the project. The canopy covers over 400,000 square feet of land, with each of the eaves rising 48 feet above the street level. There will be onsite parking for just 29 vehicles and 799 bicycles, with a 2,530-spot garage two blocks away functioning as the long-term solution for employees with private cars. 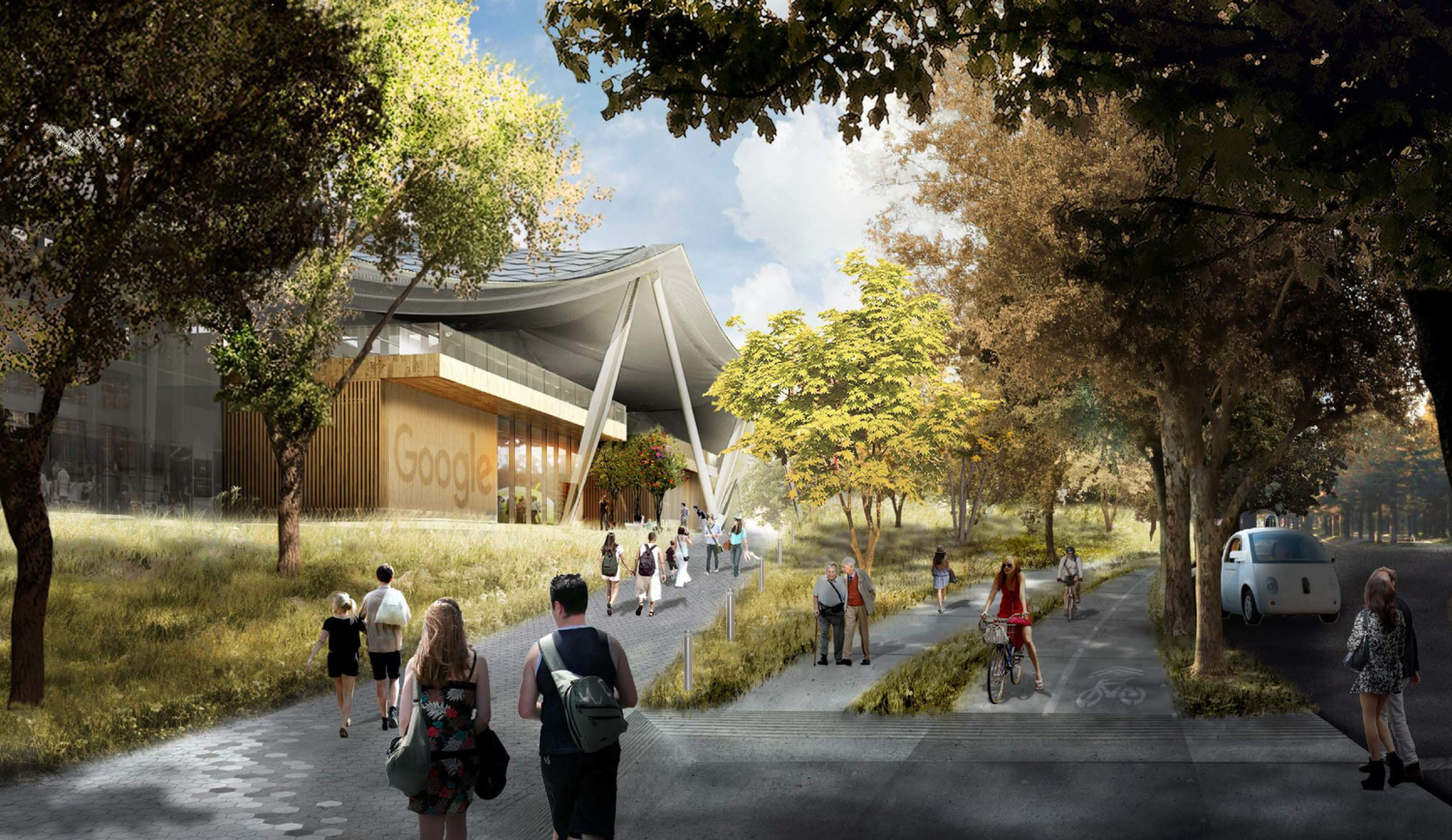 Construction has already topped out for the office building. Crews have already started to install the photovoltaic panels in a shingle pattern underway. The canopy will become a block-sized rainwater-collecting solar energy farm collecting roughly four megawatts of energy, framed by stainless steel, perforated metal, and fritted glass windows for interior lighting. 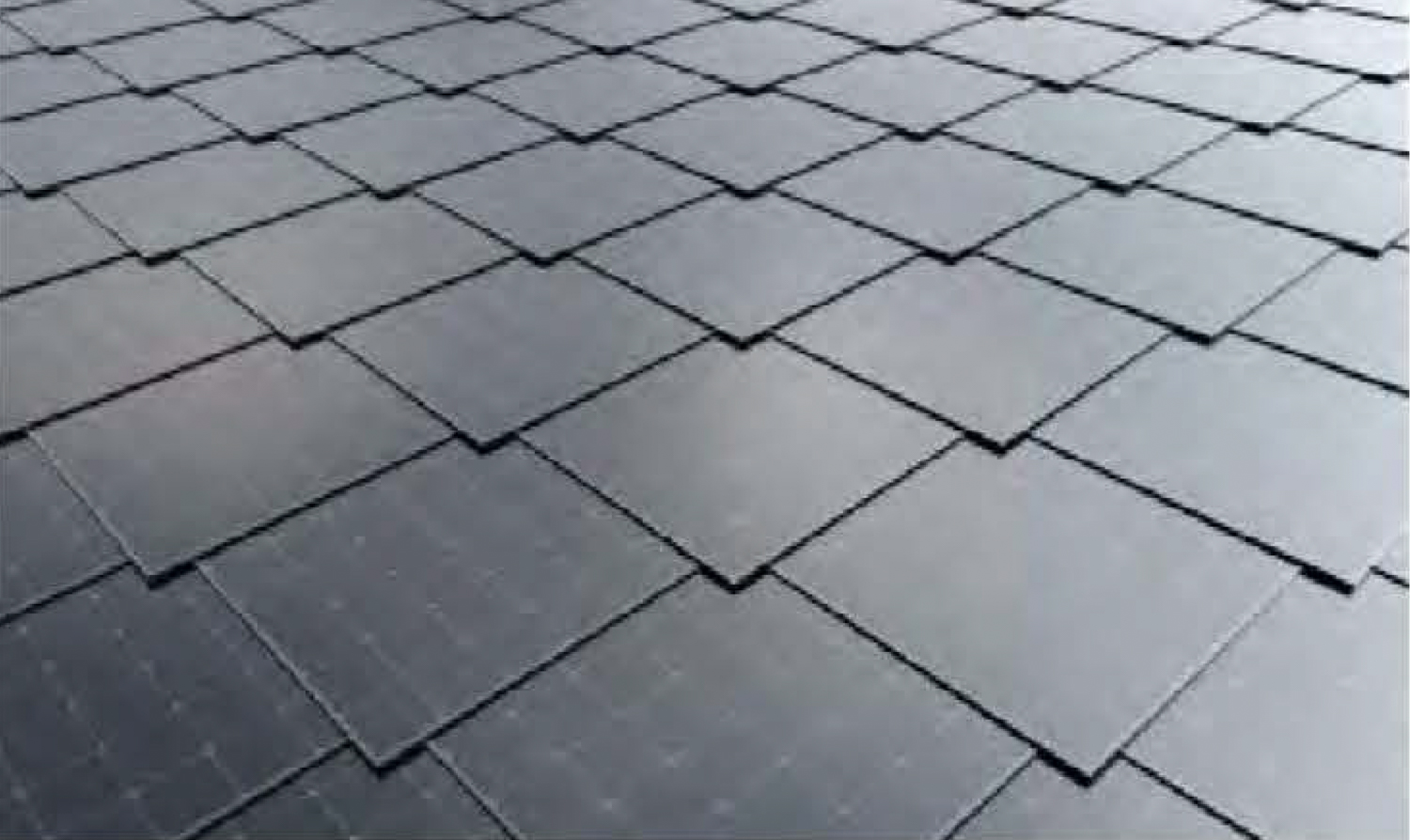 On the design firm’s project page, Bjarke Ingels Group describes how the approach reflects the ethos they observed from Google. “With Google and parent company Alphabet’s ever-expanding and ever-evolving ventures, occupying existing buildings for the expanding workforce has reached its organizational limitations–teams become spread across multiple buildings, separated by parking lots. On the other hand, a centralized headquarters is also not the approach for Google, nor is it desirable for the city of Mountain View. Our mission is to create a replicable and scalable building typology that is also adaptable and inclusive to the various sites of North Bayshore and beyond.”

Speaking to the distinctive shape, Heatherwick Studios wrote the following. “Inspired by the simplicity and adaptability of aircraft hangars, the envelope is formed of a series of steel canopies, draped betweens teel masts and pierced with 64 smile-shaped clerestory windows…Freed from the convention of stacked office floors, the interior of the lightweight canopy is set around a large, day-lit open floor plate, composed of multiple tessellated platforms that step through the site. This creates visual connections across the floor for all staff while also allowing for easy subdivision and rearrangement in response to the different sizes and needs of each team.” Indeed, the expansive size of the project is on a scale rarely seen outside of industrial sites. The property is not far from Hangar One at Moffett Federal Airfield, one of the world’s largest freestanding structures used by the US Navy to store Zeppelins and other airships. 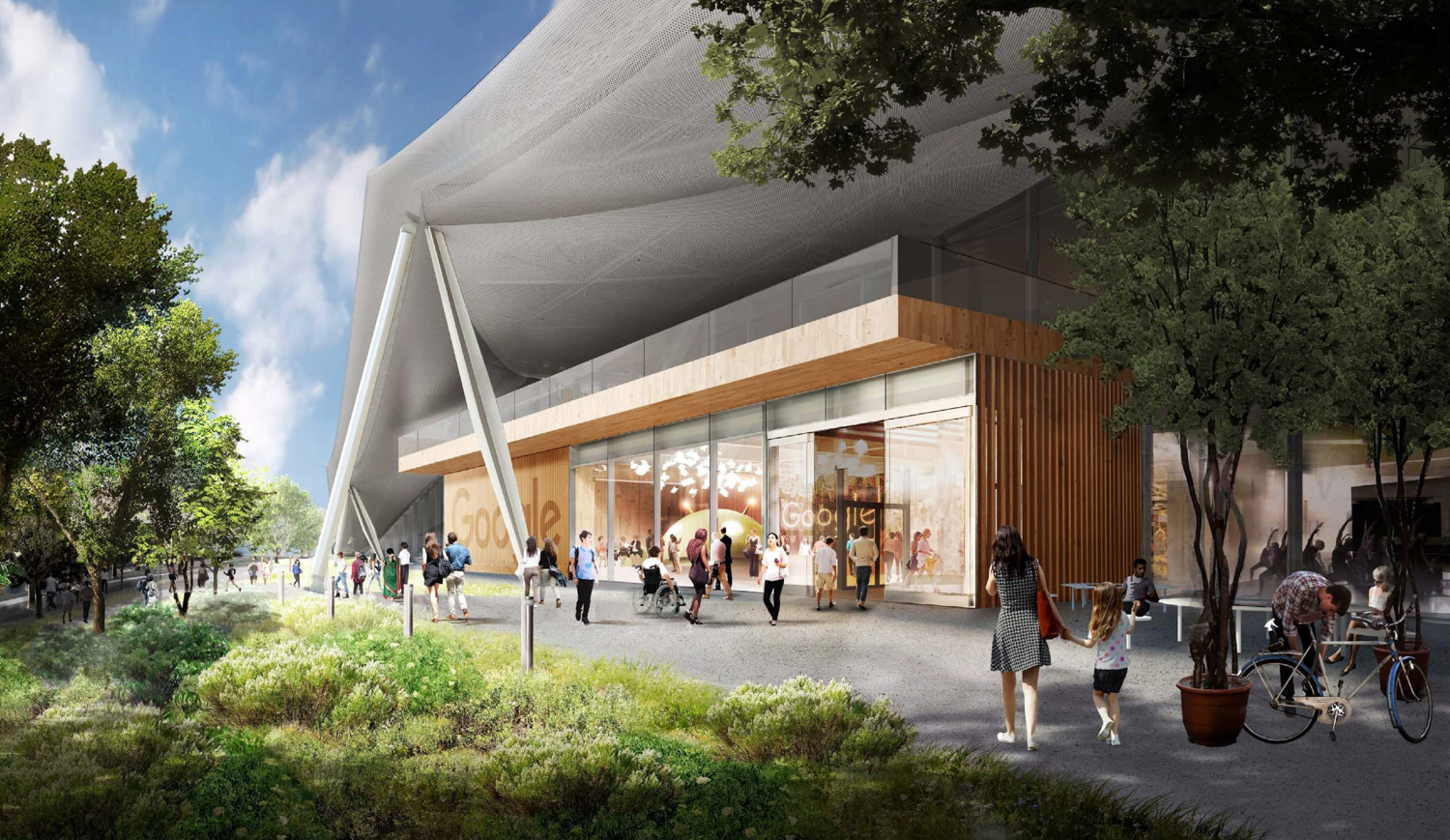 Hargreaves Jones is responsible for the landscape architecture. They wasted no imagination on how to fill the area between the building with the streets. The property is intended to welcome the passing pedestrian with public seating areas, pavers, and an anchoring plaza at the corner of Charleston Road and North Shoreline Boulevard. 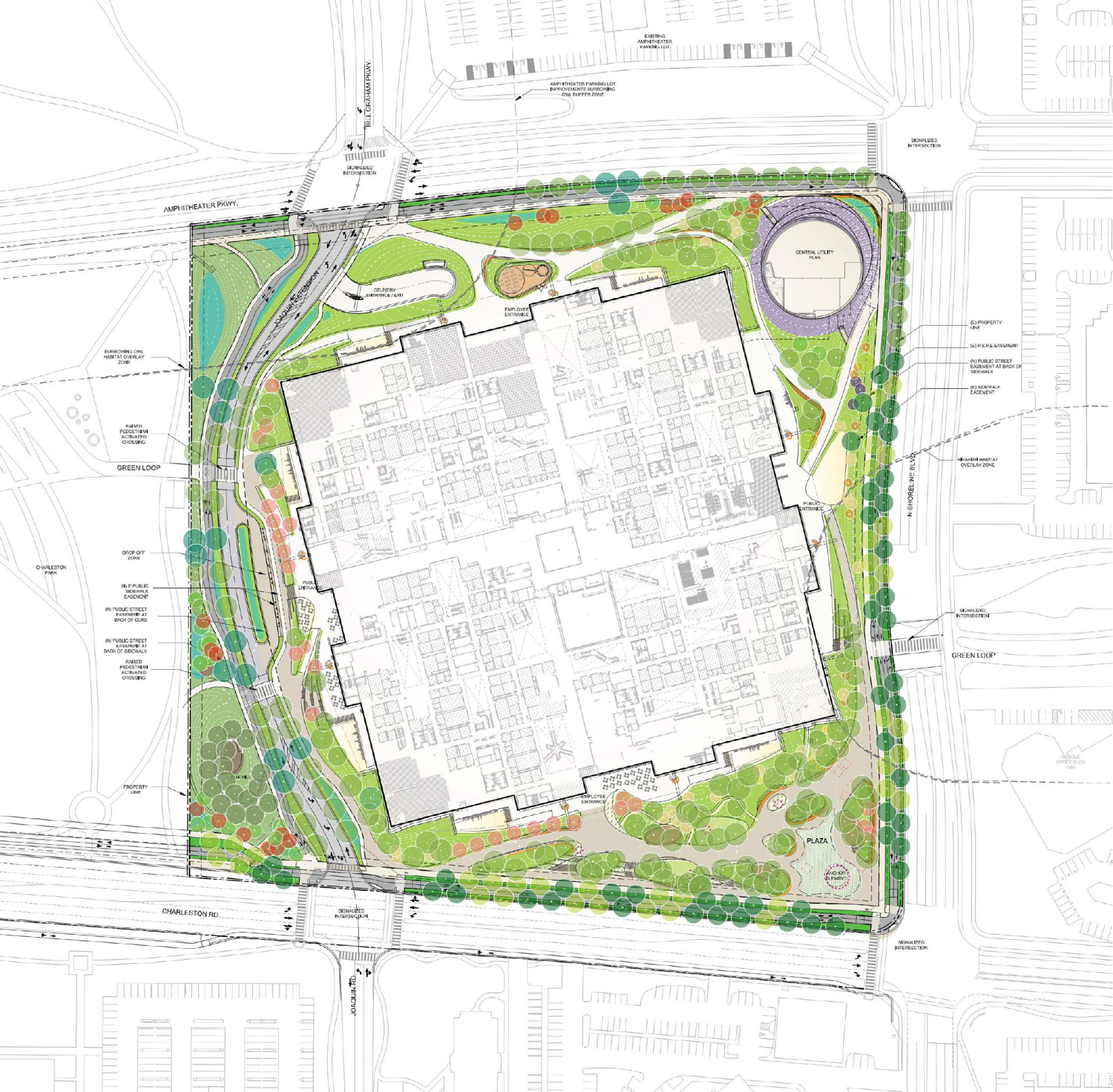 True to what BIG published about the project’s replicable nature, two more Google office buildings of similar design sprouted less than half a mile away. The buildings, dubbed Google Bay View, are rising beside the airfield, surrounded by the NASA Ames Research Center campus. The buildings will be used as offices and for R&D. 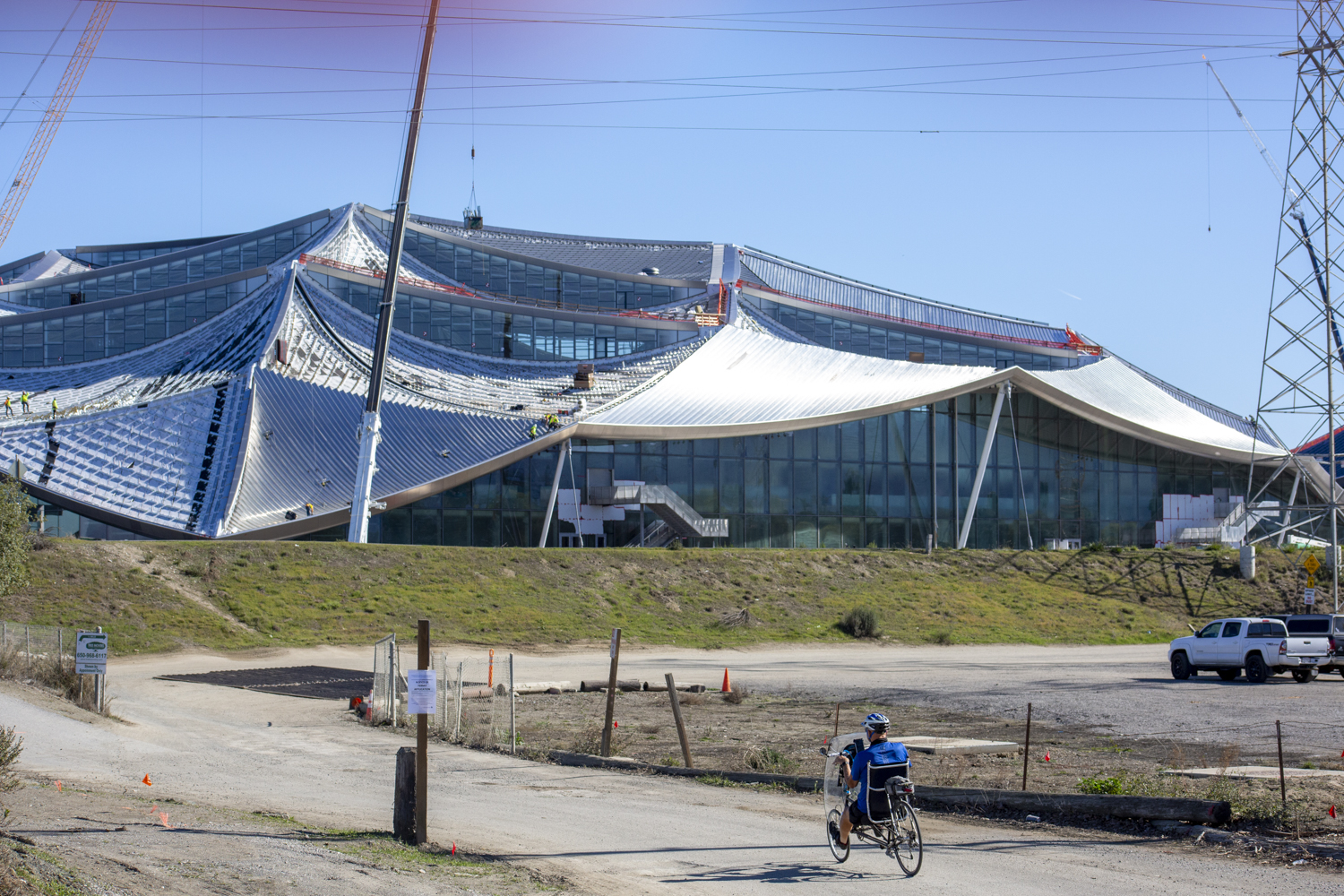 The cost for construction has not been publicized, and the estimated opening date is not yet known.