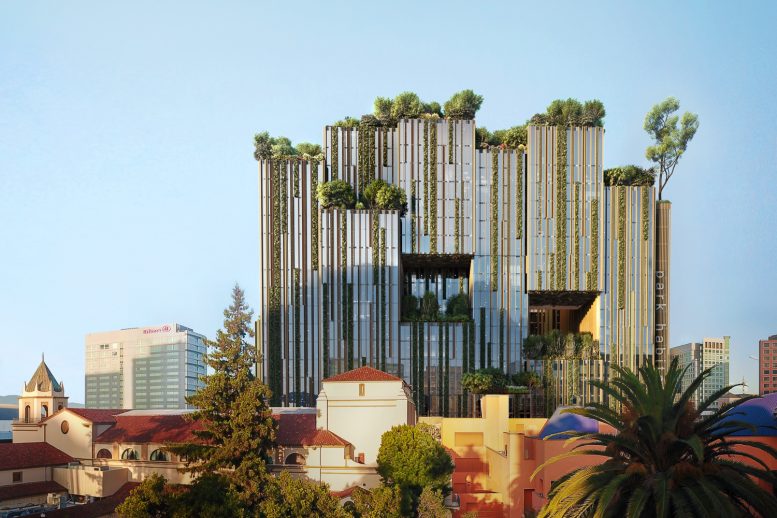 New renderings have been released for Westbank’s mixed-use building, Park Habitat at 180 Park Avenue, Downtown San Jose. The illustrations came with the Westbank Campus website launch, which provides a manifesto to connect the Canadian firm’s five Silicon Valley proposals with their innovative approaches that address climate change and encourage community through urban design. Each of the five projects has a unique goal. With Park Habitat, Westbank worked with Kengo Kuma & Associates to design a building that brings together offices and natural spaces in the city center. 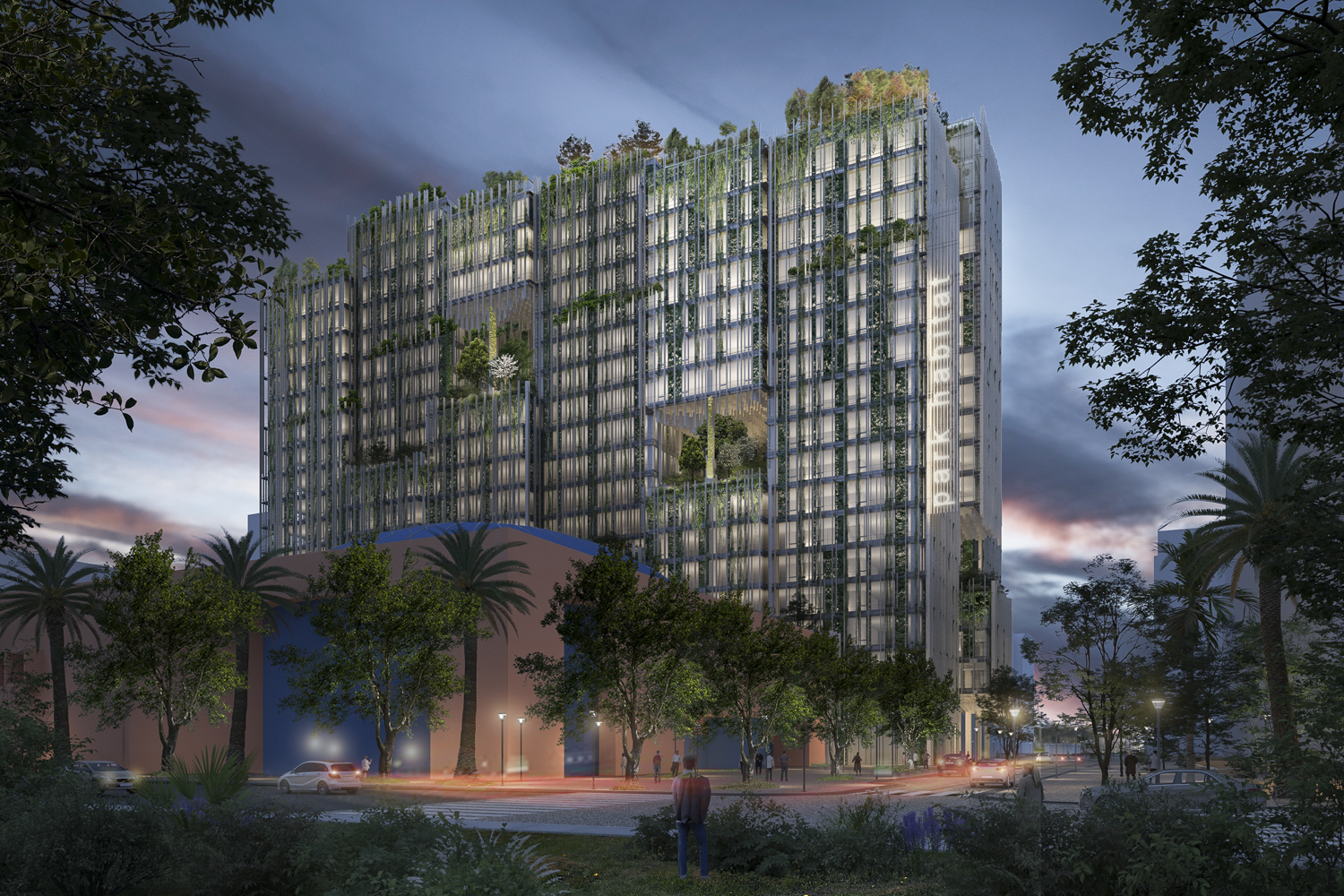 The twenty-story building will yield 1.28 million square feet, divided between office space, retail, and commercial space for its immediate neighbor, the Tech Interactive museum. Four levels of parking will be included below ground. The project’s permits were filed in early September, a couple of weeks before the launch of SFYIMBY. As of the time of publishing, revisions are under review by the planning department.

The design is notable for its ideological connection with the post-war Japanese Metabolism movement, which took lessons from the natural environment to inform a modular approach to architecture. With Park Habitat, Kengo Kuma & Associates adopts a similar idea. The firm states they are influenced by the growth and form of trees in the forest, pointing out that they offer smaller plants space to flourish on bark and irregular growth with knots and holes. 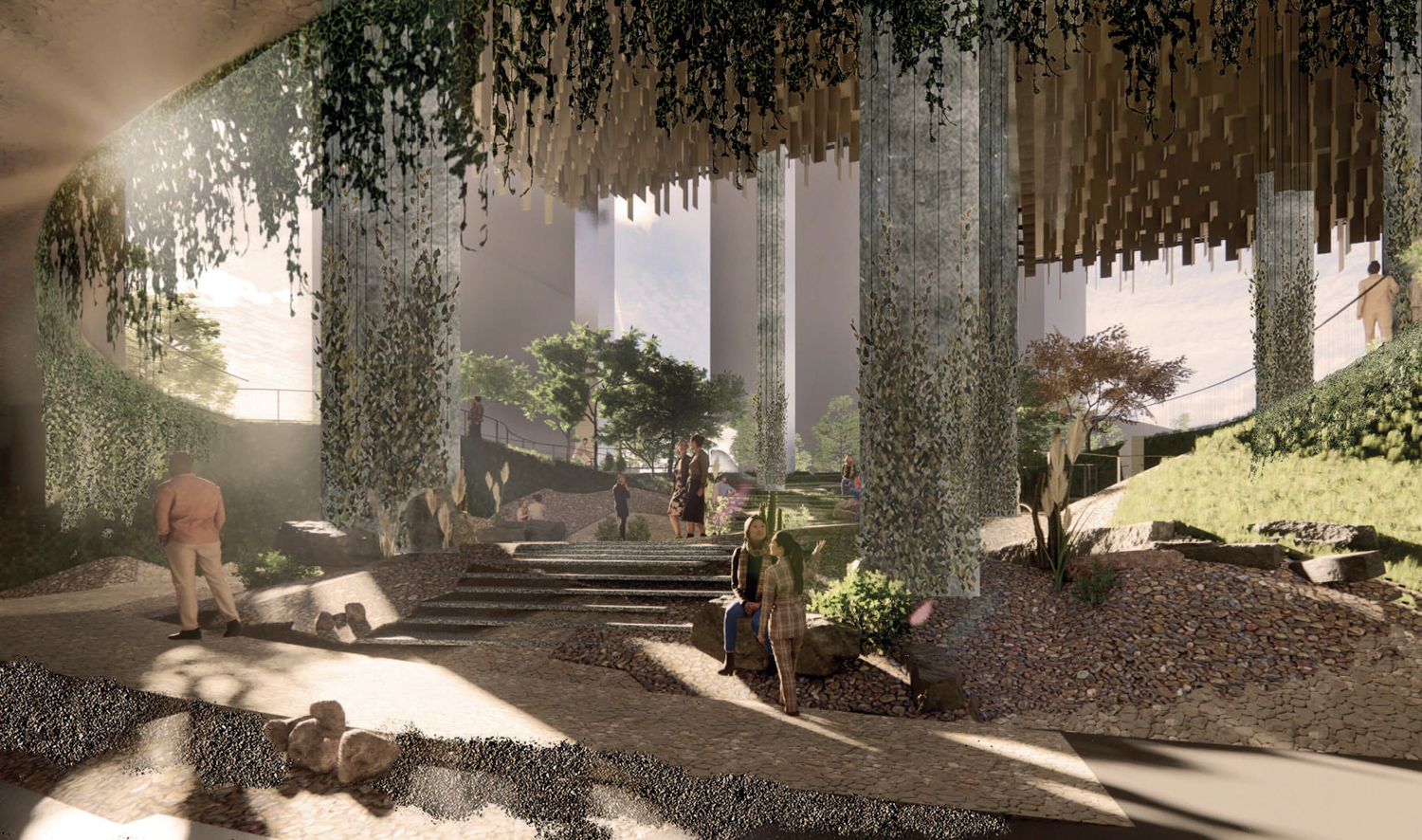 On the building, the facade is given texture with its irregular spread of floor-to-ceiling windows, vertical planter modules, and vertical louvers. A few portals open up across the massing for park-like terraces. However, the facade’s material choice and relative aesthetic restraint differentiate Park Habitat from the original examples of Metabolist architecture.

Westbank’s proposal includes several approaches to reduce its environmental impact. The biophilic facade is the most visible solution. It is a protective layer of louvers and planter modules that will provide passive climate control by minimizing direct sunlight’s effects. 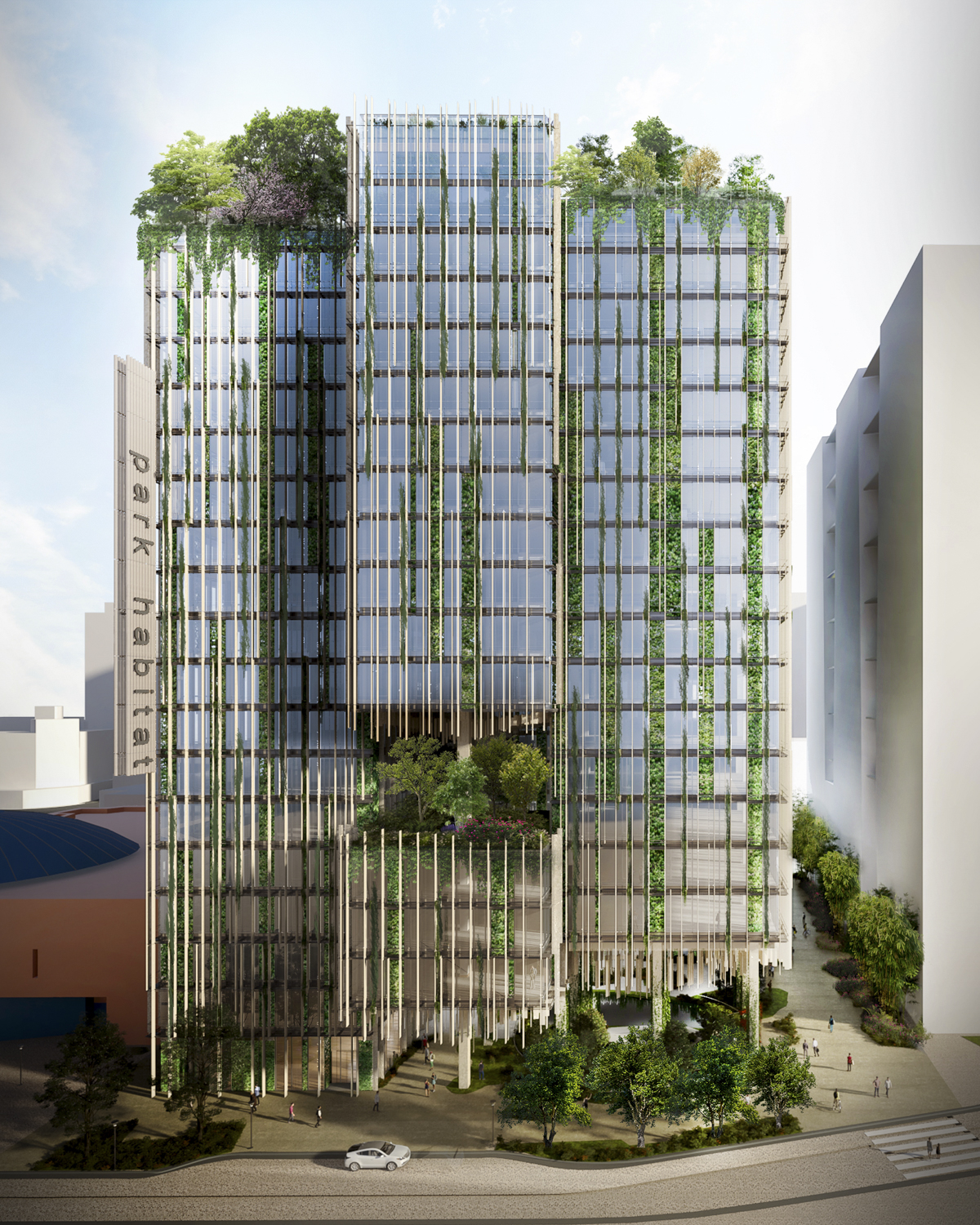 An internal air-flow scheme will allow low-energy passive climate control. The structure has a carved-out interior described as a green lung, pushing the air from one end to another. The moving air can be captured with open windows, balconies, and controllable vents to provide relief on warm days without expending energy.

There will be a blackwater treatment on-site to use recycled water for the building’s irrigation, flushing, and other mechanical applications to reduce water use. Lastly, the building is set to use all-electric energy. San Jose’s electricity is generated from wind, solar power, and hydropower sources.