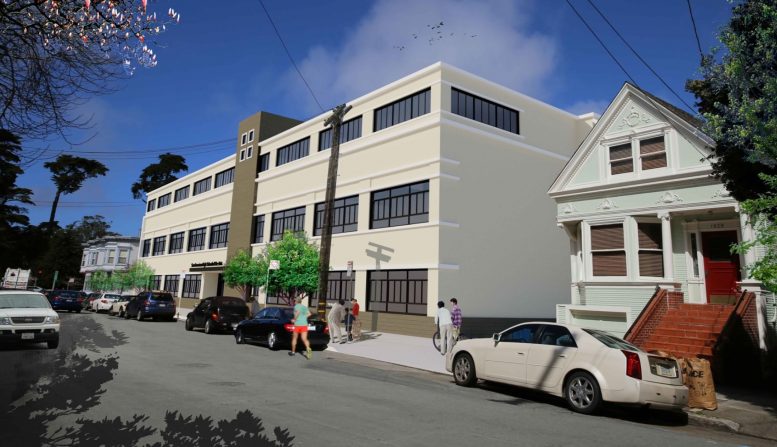 Development permits were submitted seeking the approval of the modification of structures situated at 1950 Page Street in Haight-Ashbury, San Francisco. The project proposal includes legalization of building use from a boys and girls club to middle-high school use and modification of existing academic building, Institute of Arts and Culture. The construction includes a vertical addition with group housing to an existing building. Nie Yang Architects is managing the design concept and construction of the project.

The project proposes to add a twelve-foot vertical addition, increasing the facade height to approximately forty feet. The total floor area is proposed to increase to 54,666 square feet. The first floor spans over 20,794 square feet, the second-floor spans over approximately 16,500 square feet, and the third-floor 17,000 square feet. The proposal would add a new third-floor level consisting of fifteen classrooms and seven group housing units for teachers and visiting artists, a second-floor horizontal addition, and interior renovations to the existing two-story building. This will include twenty-five classrooms with a mix of six dance studios, three music studios, two art studios, and fourteen academic classrooms.

The project will also add seven units of group housing, with capacity for approximately 250 students and forty-six faculty/staff members during the weekday afternoons. The project also includes a transportation management plan. The project would add seven off-street vehicular parking spaces and 114 Class-1 and 33 Class-2 bicycle parking spaces. Some interior alternations on the first and second floor are also planned.

On October 8, 2020, the Planning Commission closed public testimony on the proposed project at 1950 Page Street and continued the project to October 22, 2020, to allow the project sponsor additional time to address the following main issues: develop objective transportation conditions; provide the rationale for the group housing concept; shadow concerns on adjacent Victorians at 1922 Page Street and 1928 Page Street; and conduct additional community outreach on the proposed project.

The project site houses the Institute of Arts and Culture and is located in the Haight-Ashbury neighborhood in San Francisco. MUNI bus lines like 5, 7, 14, 22, 43, and 49 offer ample transit access to downtown San Francisco and other areas.

Be the first to comment on "Vertical Addition Proposed For Institute of Arts and Culture At 1950 Page Street, San Francisco"