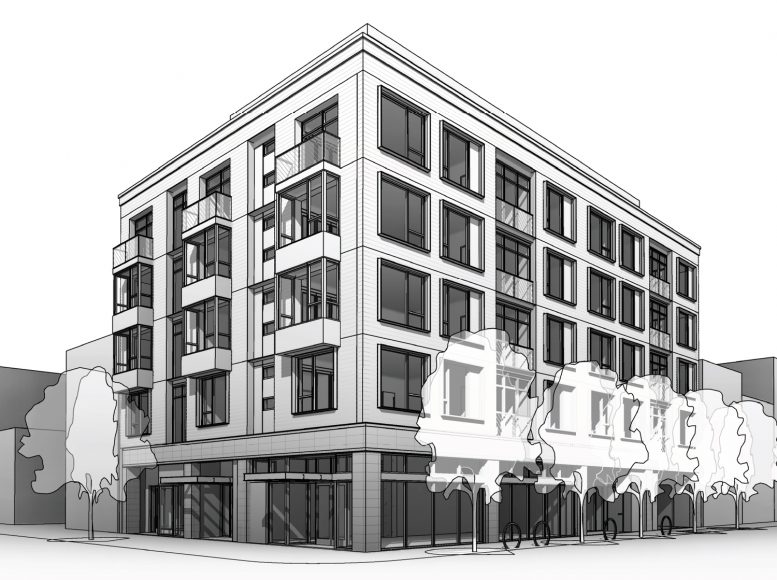 New plans have been published to the San Francisco planning department for a six-story mixed-use structure at 2101 Lombard Street in Cow Hollow, San Francisco. With design by Kerman Morris Architects, the application represents nearly a doubling in residential space from 2016-era filings. Fillmore Street Development Group LLC is listed as the property owner. 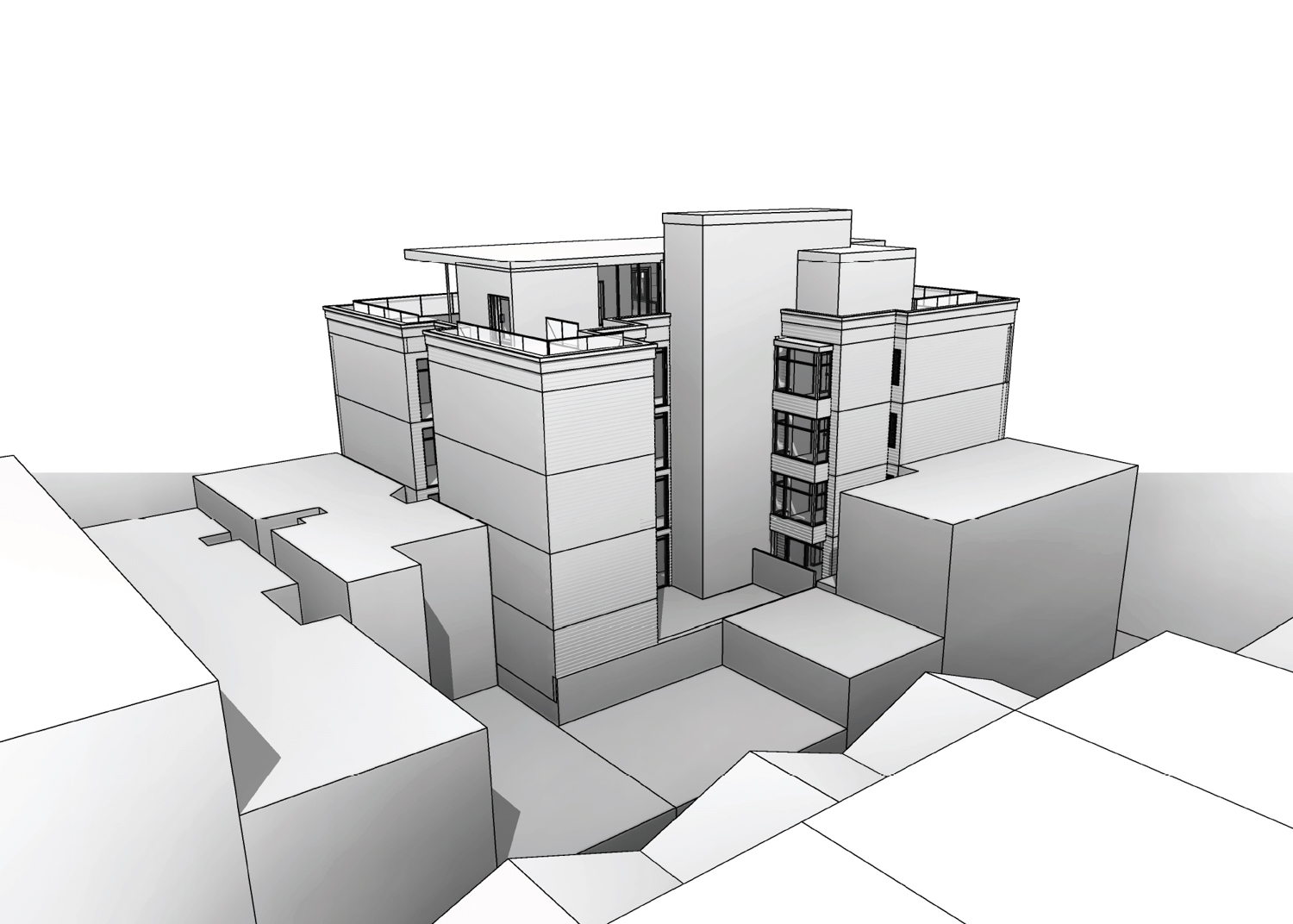 The 65-foot proposal will yield 17 apartments across 32,2000 square feet. The development uses the state density bonus, which permits more units when developers assign affordable housing. While details renderings have not yet been released, the black-and-white elevation shows the residents will each have oversized windows and access to a small balcony. Three balconies will be created above the projecting bay windows. Two of the balconies will be part of a three-bedroom unit, while a studio unit will connect to the third balcony. 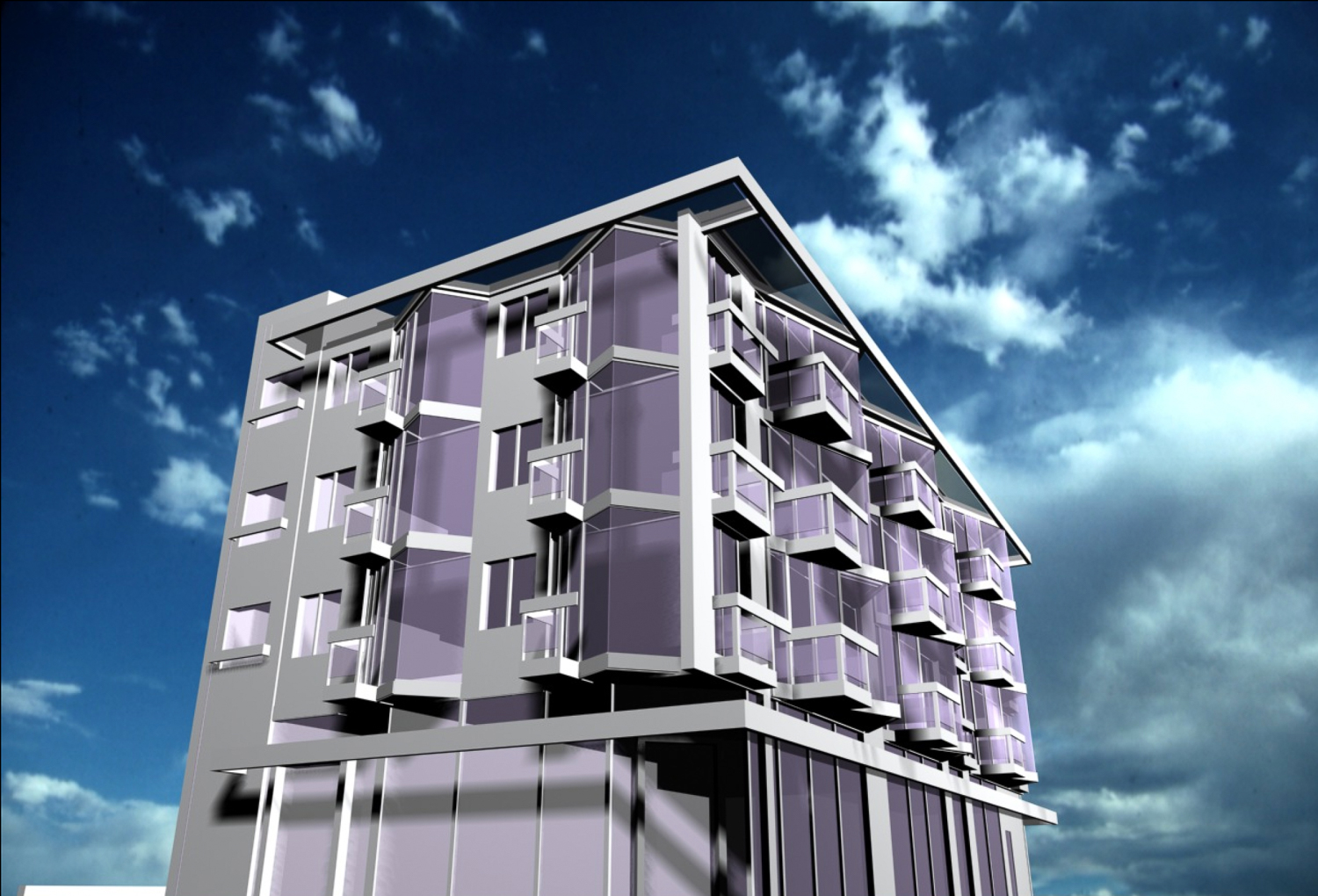 This filing contrasts with similar permits from 2016, which describe a proposed four-story building with retail and nine apartments with design by Ghiai Architects. New building permits were filed, though never used. The project was expected to cost $2.5 million.

The ground level will make space for the residential entry and two retail units, and a restaurant with elevator access to a rooftop open-air dining venue. Within the basement, a 5,900 square feet garage will have the capacity for seven parking stackers for residential and commercial use, and 400 square feet will produce storage space for an estimated 19 bicycles. 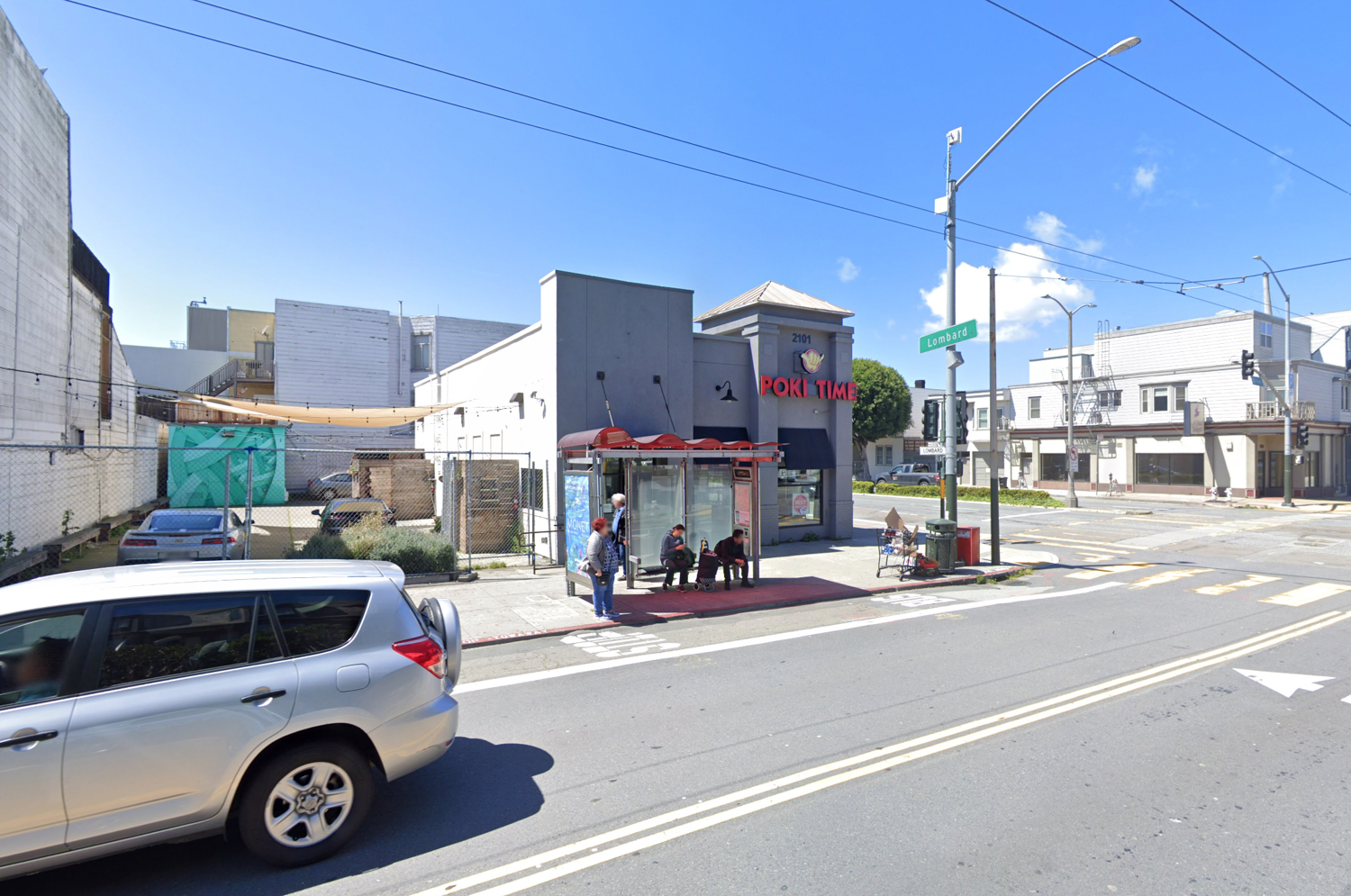 The property is between the culturally rich Fillmore Street and Steiner Street. The primary facade looks over the heavily-trafficked Lombard Street thoroughfare, which connects commuters crossing the Golden Gate Bridge between downtown San Francisco and Marin County.

Be the first to comment on "Expanded Plans Filed For 2101 Lombard Street, Cow Hollow, San Francisco"