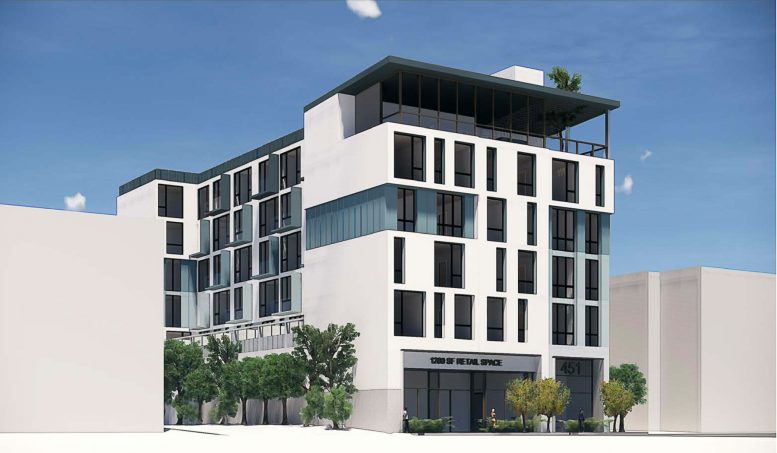 Development permits have been approved for the six-story residential project at 451 28th Street in Pill Hill, Oakland. The proposal will replace a vacant lot with 54 new apartments, of which three will be available for people qualifying as very low-income. San Leandro-based USGL Land LLC is responsible for the development. 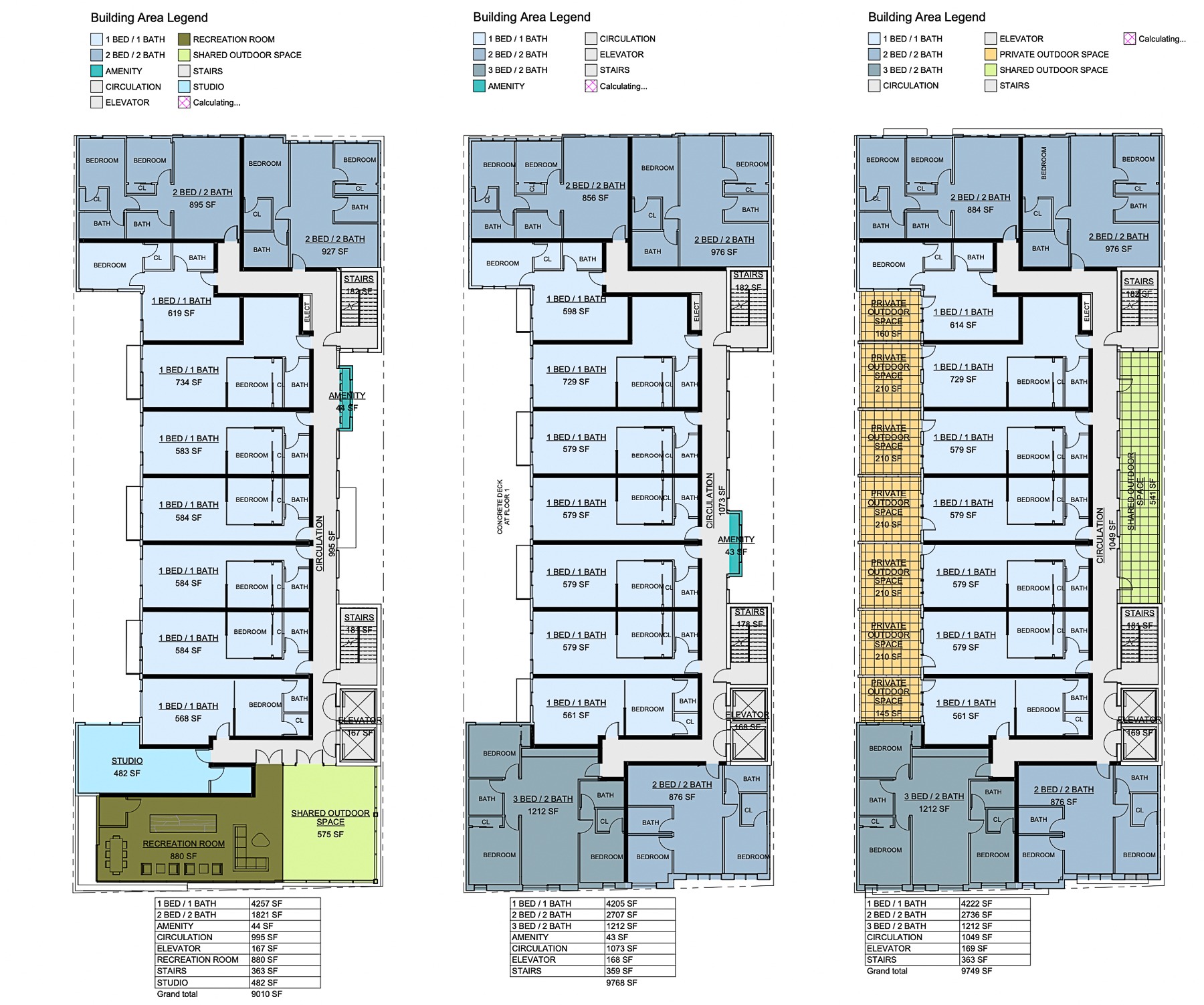 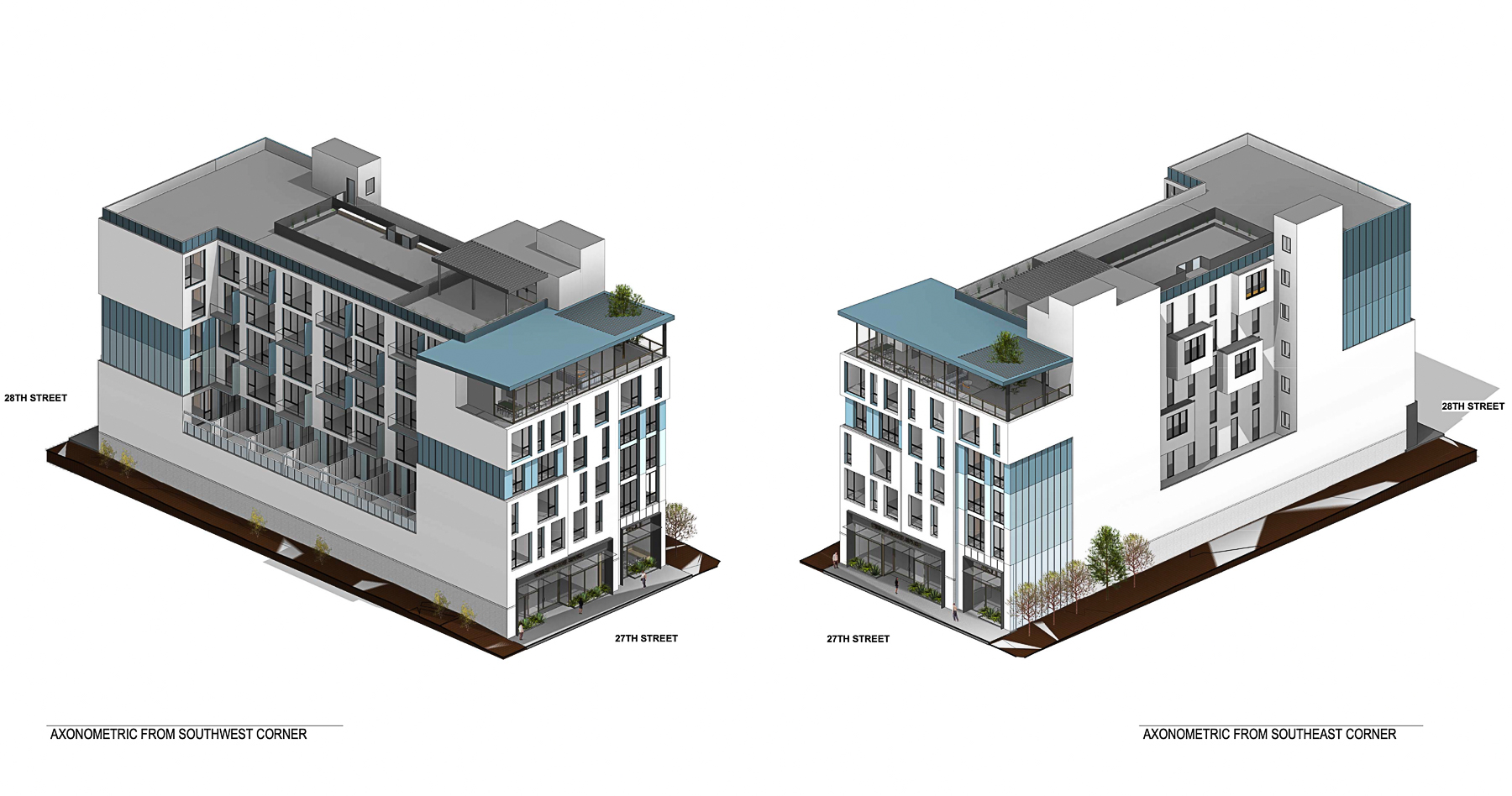 Developers will include on-site parking for 45 vehicles and 23 bicycles across 6,870 square feet, well above the required 18 parking spaces. 1,895 square feet of private open space is included across balconies and terraces. The project needed a waiver for meeting just about half of the required on-site open space area. Amenities include a common clubhouse on the top floor, outdoor space, and small nooks for lounging and work. 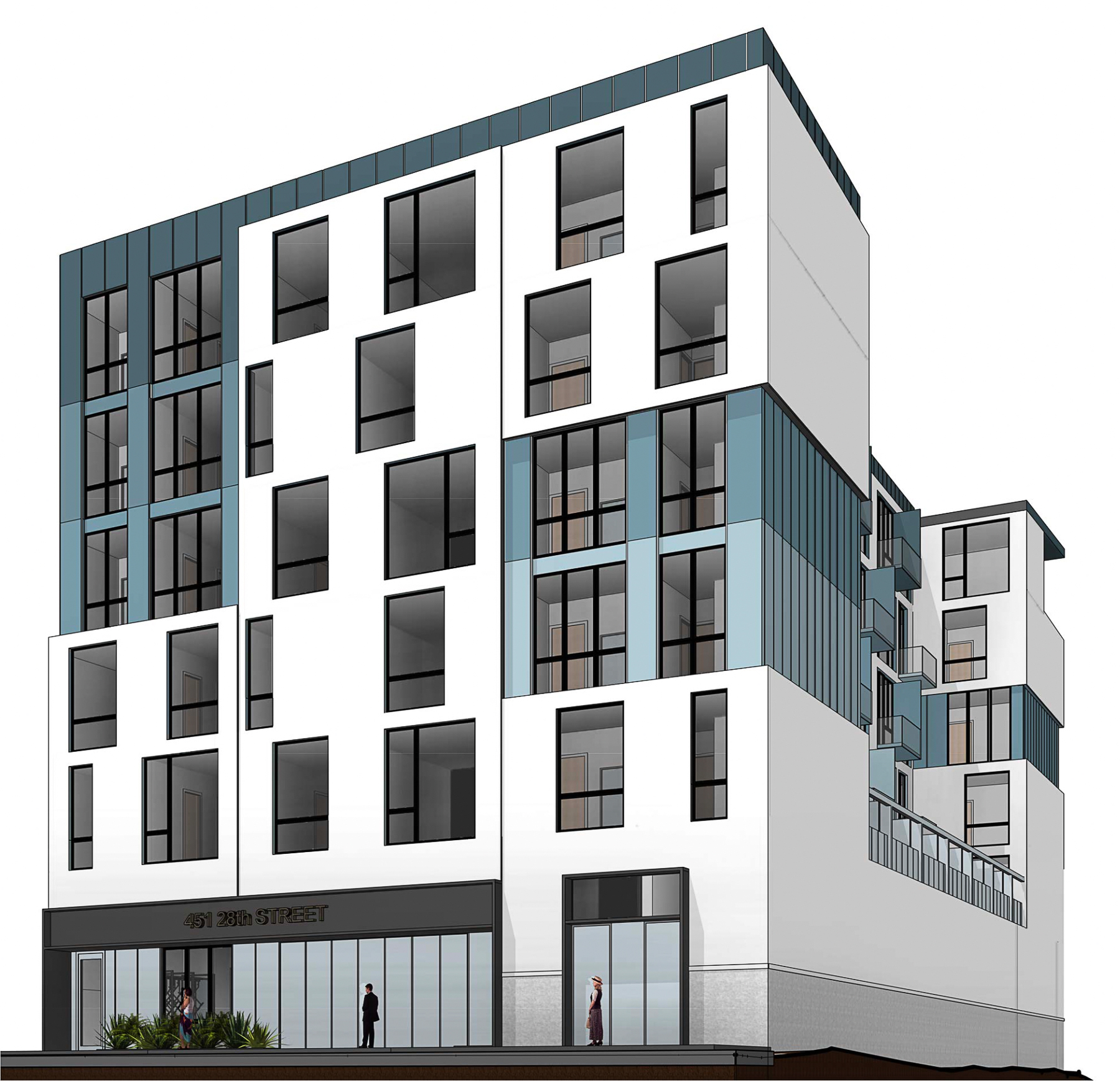 Winder Gibson Architects are responsible for the building’s design. On the architecture firm’s website, the studio describes their concept for 451 28th Street, writing that “the design concept imagines the building as a block of solid white mass that is carved away to reveal a panelize system below that ombre fades from lighter blue at the base to darker at the top, like the evening sky.”

The site is not quite in Downtown Oakland, though it is within walking distance. Residents will be 15 minutes from Lake Merritt Park and 14 minutes from the 19th Street/Oakland BART station on foot. 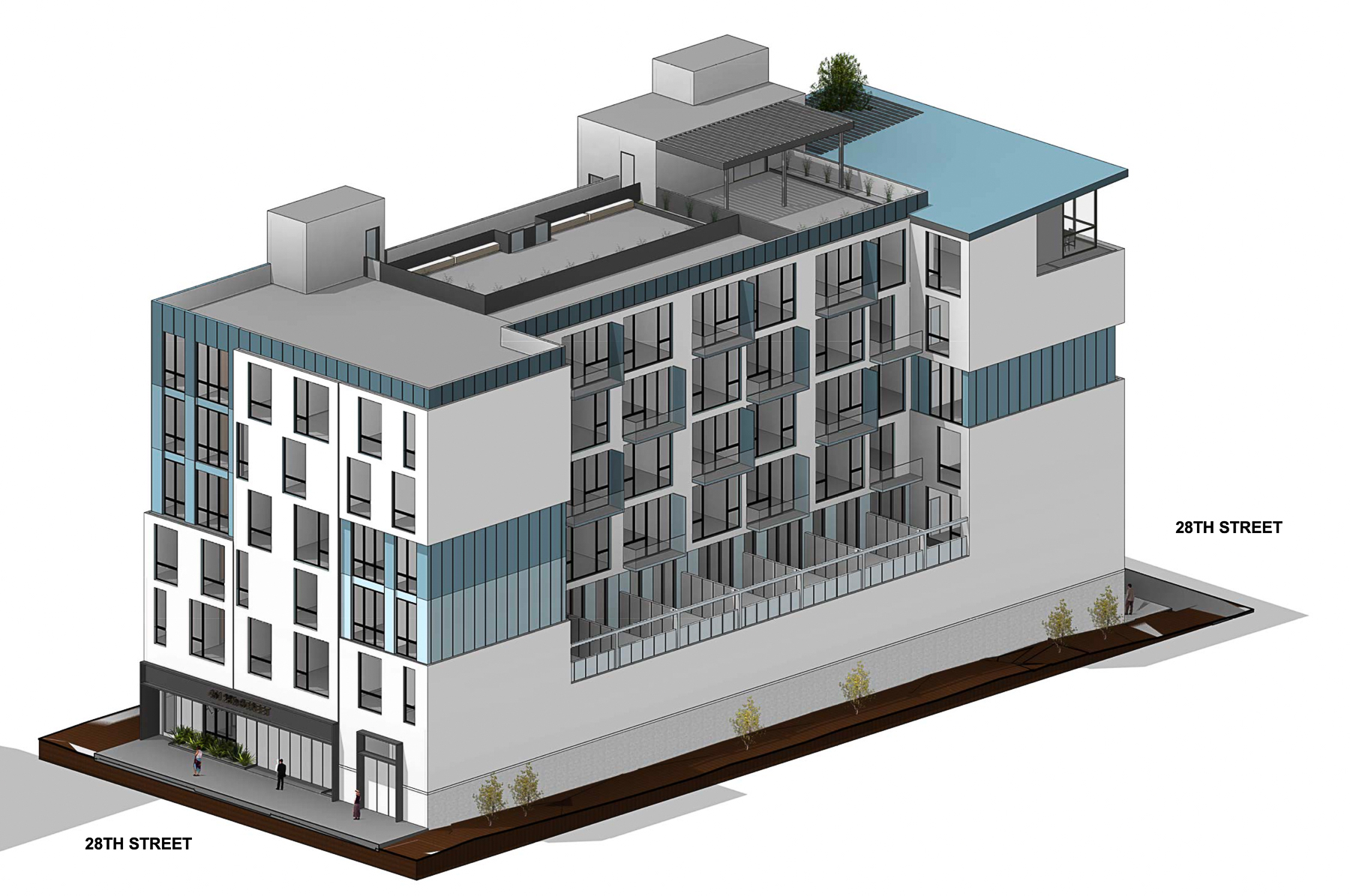 Construction costs and an estimated timeline for completion have not yet been announced. The eagle-eyed Twitter user, aglev33, first noted the permit approval.

Be the first to comment on "Permits Approved for 451 28th Street, Pill Hill, Oakland"