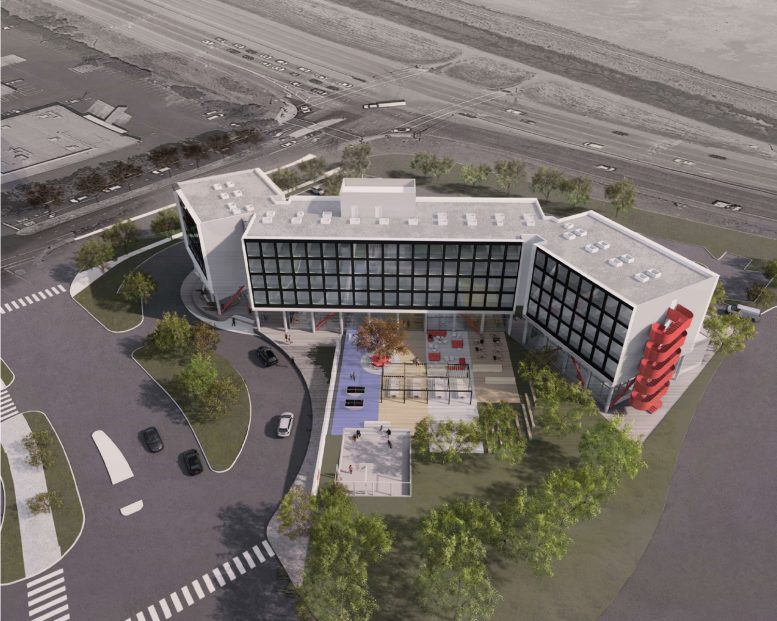 Pre-application permits have been filed for a 240-room citizenM Hotel at 300 Constitution Drive, or 3 Facebook Way, in Menlo Park, San Mateo County. The five-story development will replace surface parking at the intersection of Chilco Street and Bayfront Expressway in an area dominated by Facebook offices. The proposed hotel has already received city council conditional approval in early 2020. The Netherlands-based citizenM Hotel chain is responsible for the development as the project owner. 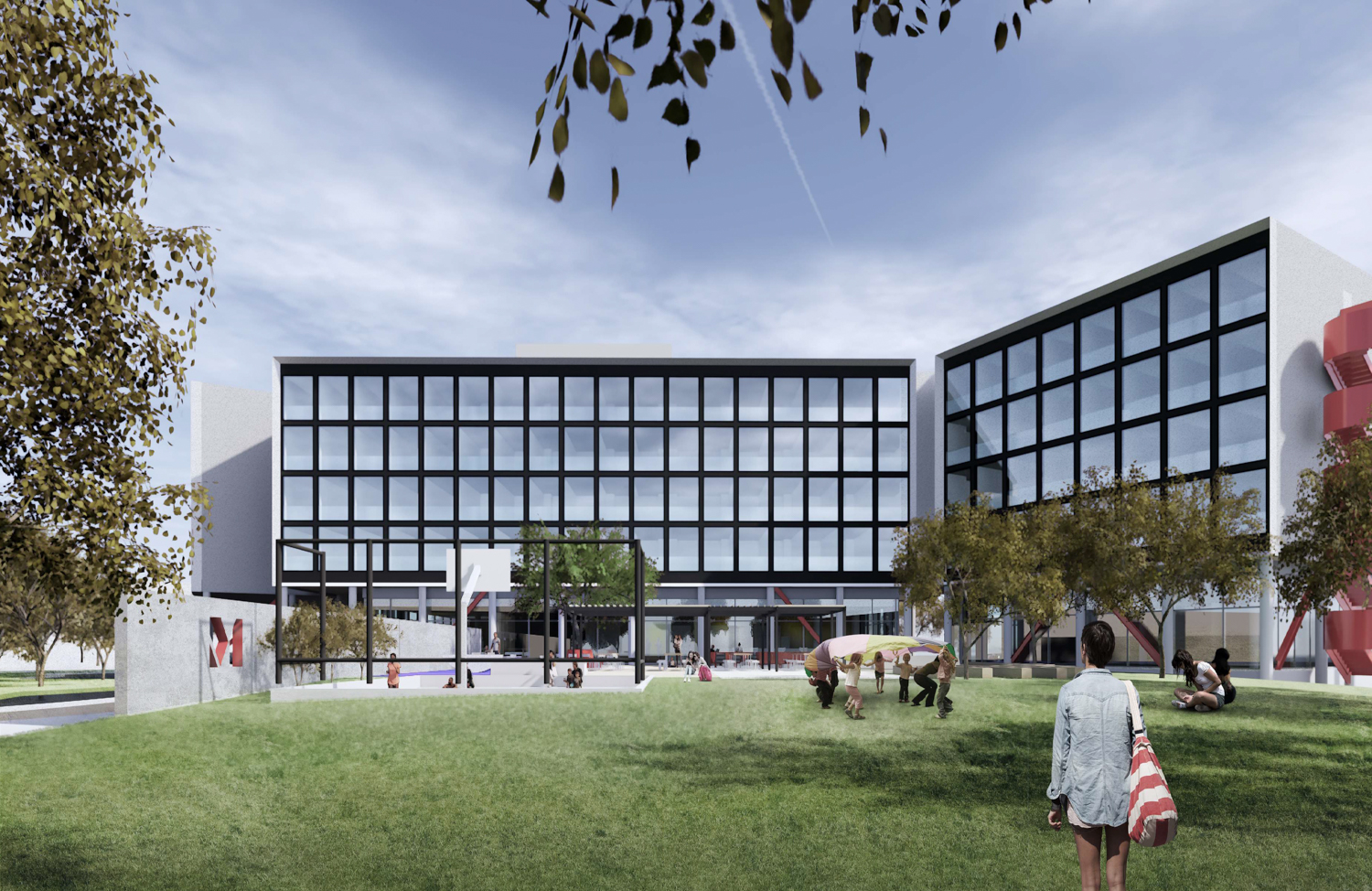 The 71-foot tall structure will yield 90,870 square feet. The 240 guest rooms will be included on the second floor and above, with 16 designed to ADA requirements. Parking will be included for 127 vehicles and 14 bicycles. As for amenities, the project consists of a lobby, meeting room, and courtyard with landscape architecture by In Situ Landscape. 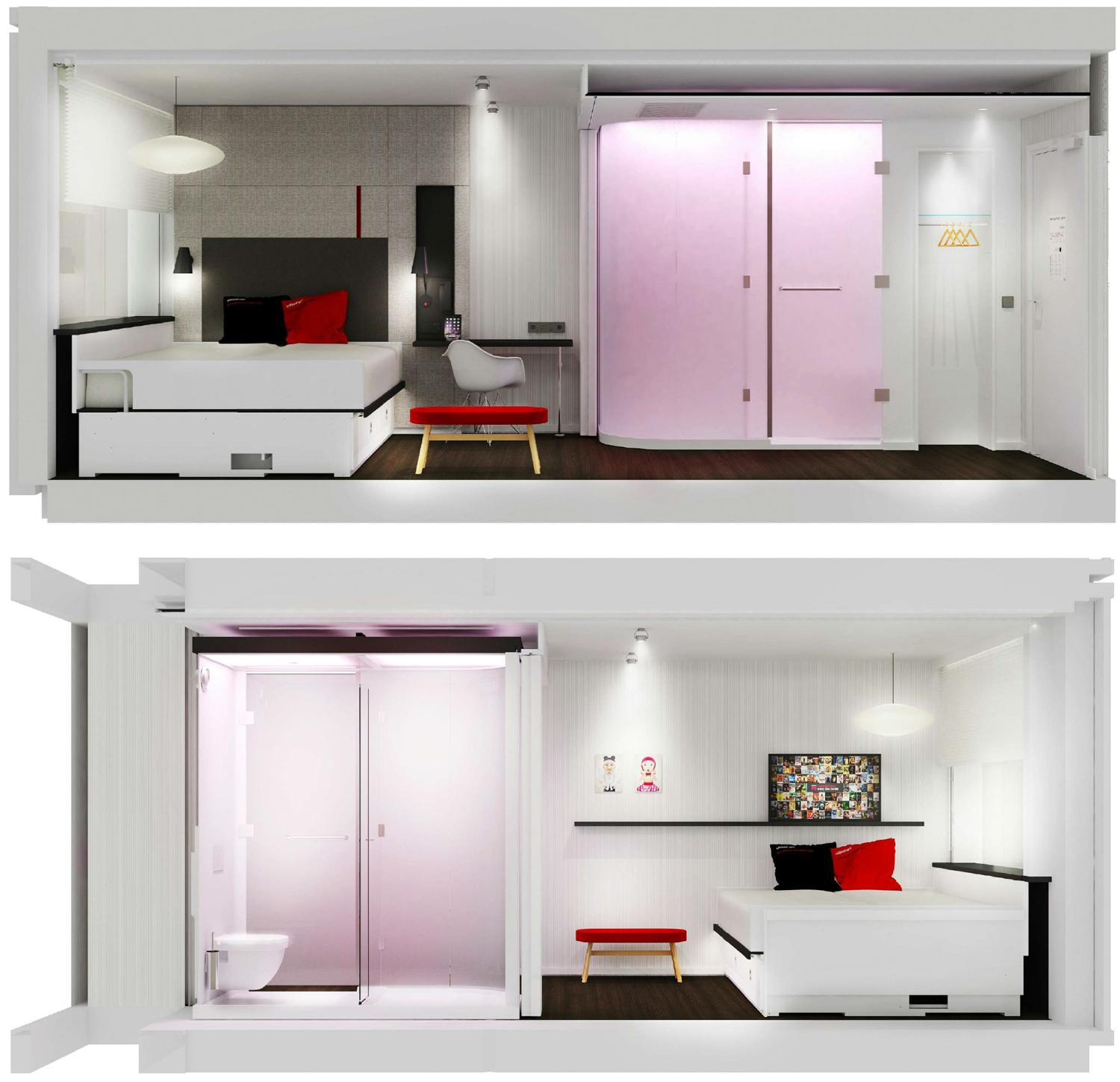 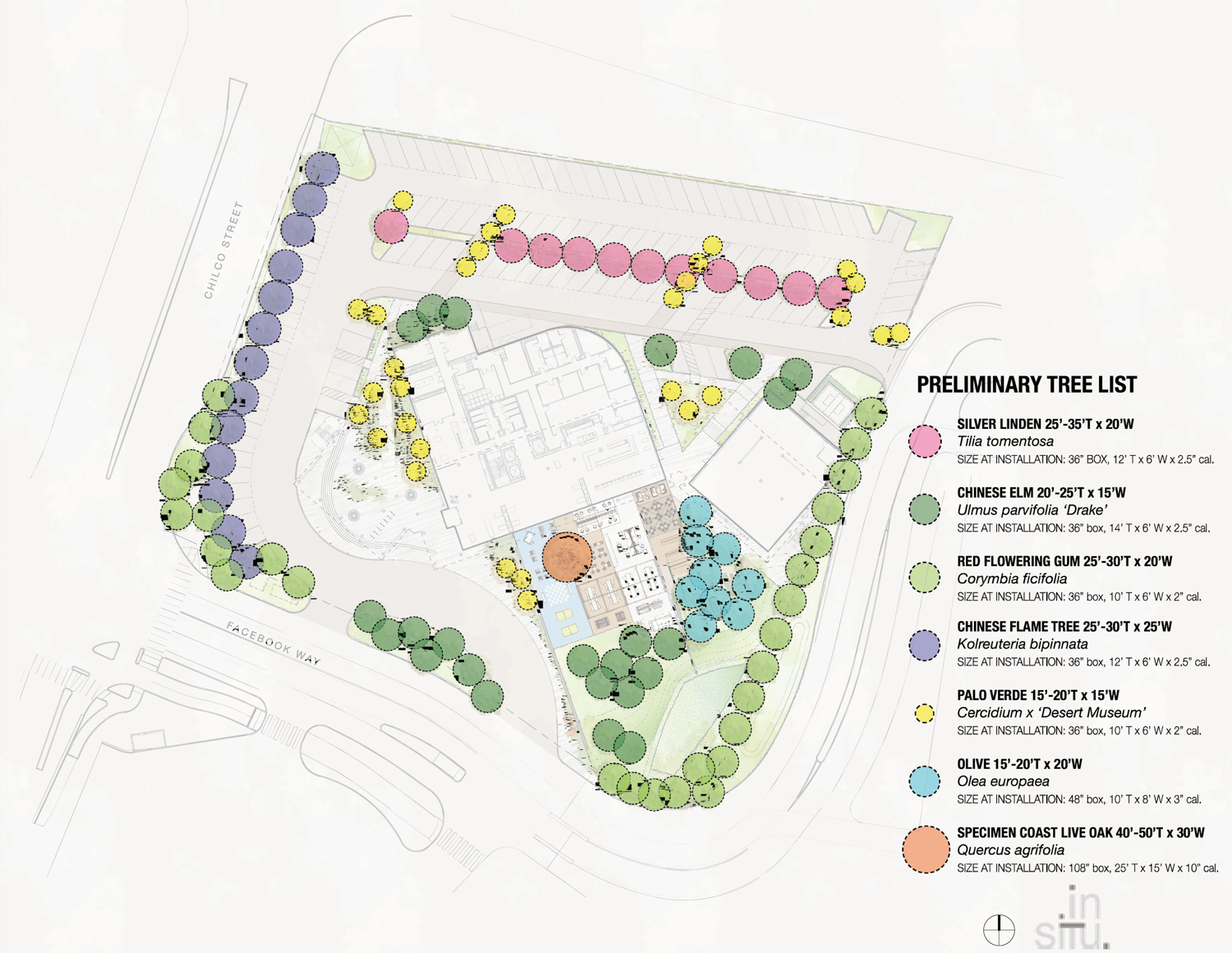 Gensler is the project architect. The building materials will include fiber-reinforced concrete planes, glazed windows, stucco, and metal louvers. Using the citizenM’s brand color, the most distinctive architectural feature is a spiraling red stairwell clad in a bright steel plate. Red metal crossbeams will add a colorful flair across the predominately open-air ground floor sheltered by upper floors. 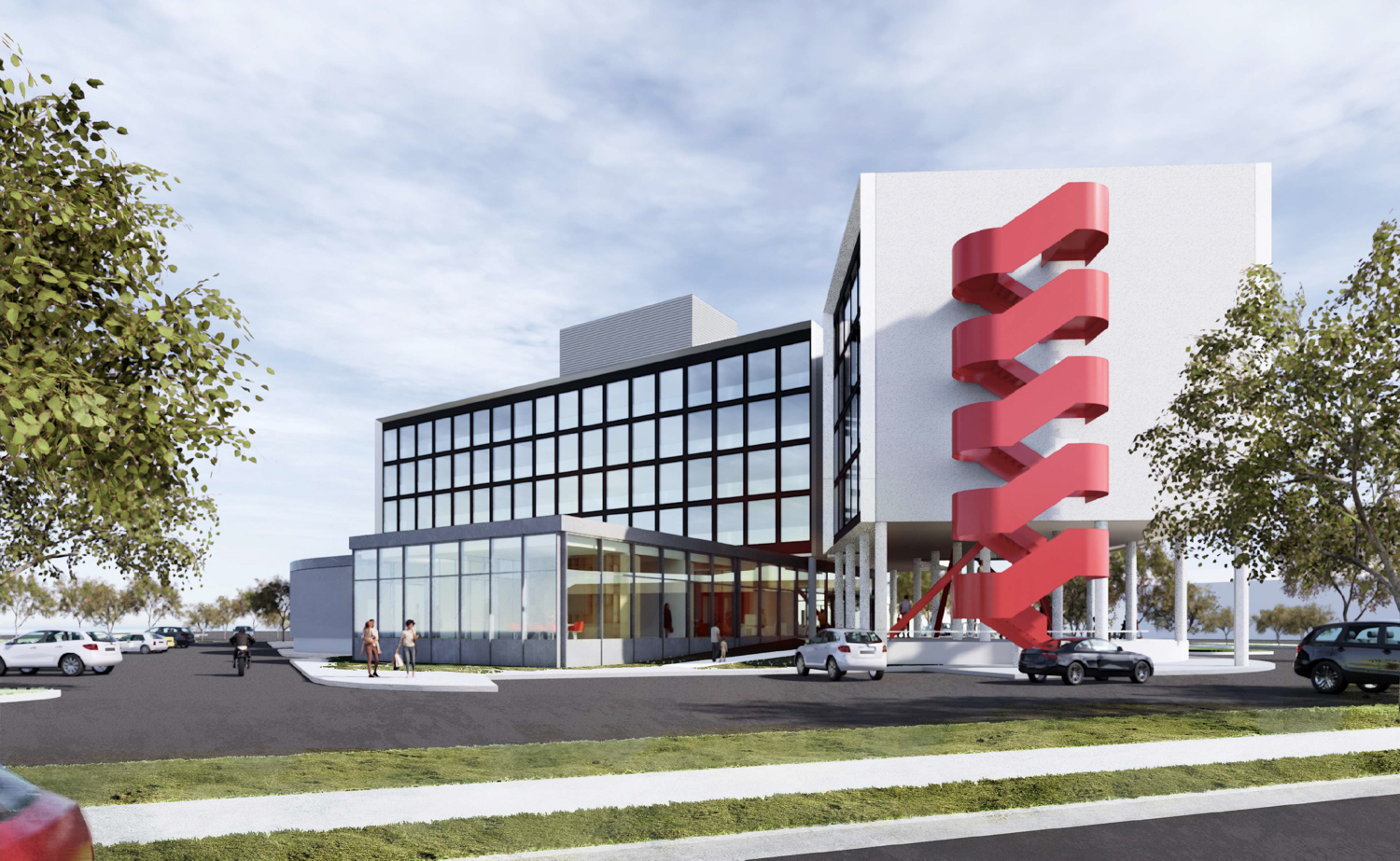 CitizenM Hotel at 3 Facebook Way perspective from the west with distinctive red stairwell beside a wall that will be used for a mural, design by Gensler

The proposed hotel is located in a corner lot surrounded by existing or planned Facebook facilities. The tech giant’s headquarters at 1 Hacker Way and headquarter expansion at MPK 21 are minutes away from the hotel site by foot or bicycle. 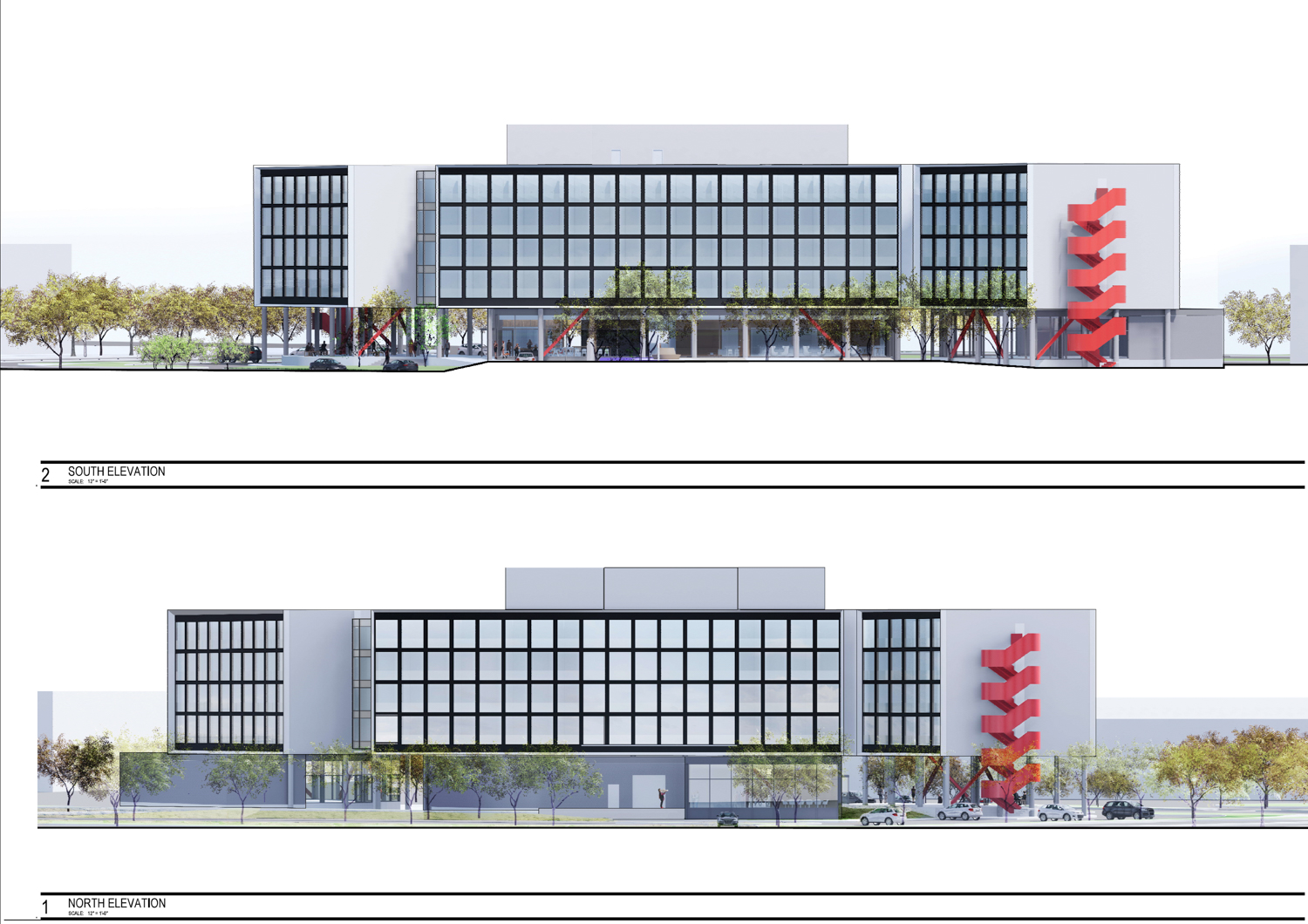 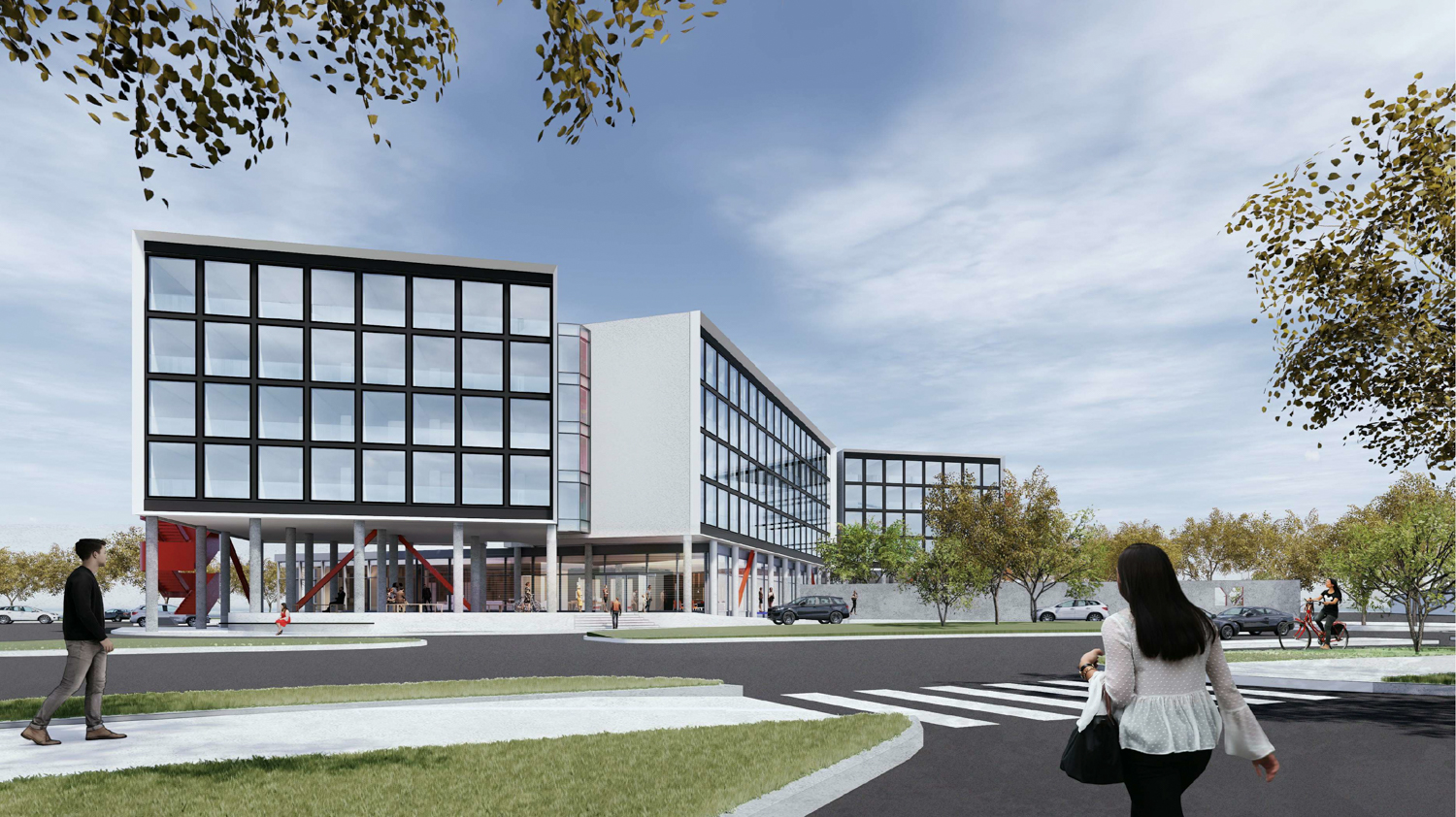 A timeline for construction has not yet been established, though the pre-application permit suggests construction will start soon as the developers are applying for an early foundation work submission.

Be the first to comment on "Pre-Application Permits Filed for citizenM Hotel at 3 Facebook Way, Menlo Park"