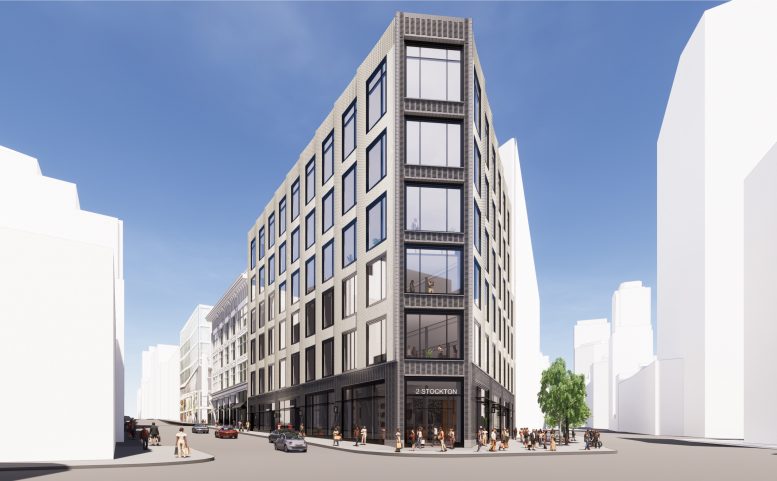 Strada Investment Group is the project sponsor. Gensler is managing the design concept and construction. 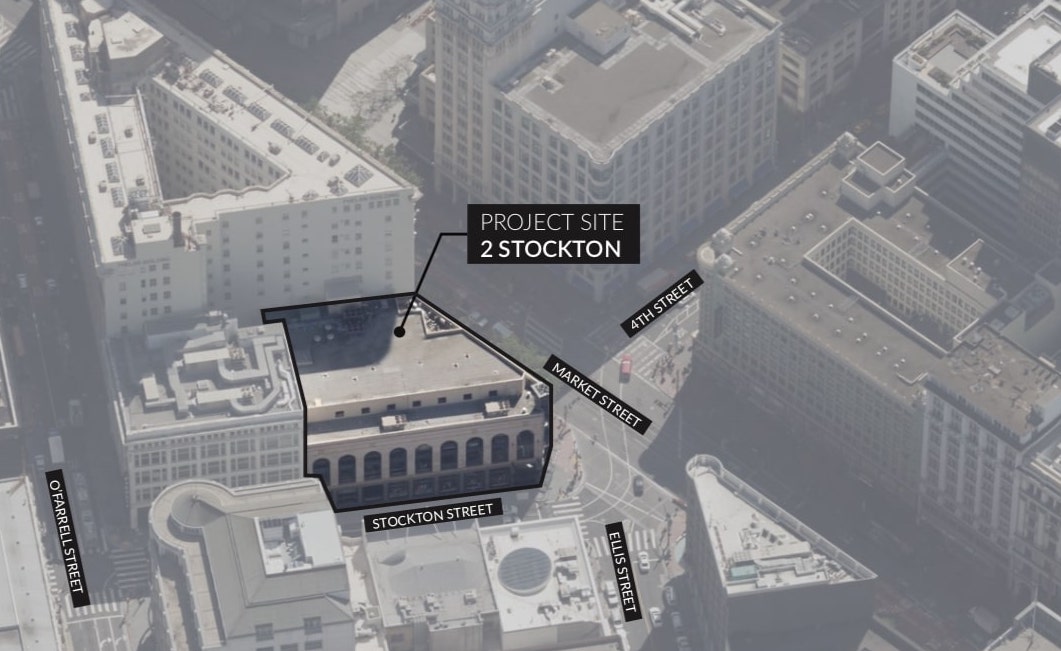 Renderings show that the project will retain retail spaces at the basement, first, second, and third levels, plus expand the existing fourth level to align with the perimeter extents of the lower levels, creating a large office use floor. A partial change of space usage to the office on the current third level and expansion on the fourth level office use are also included in the proposal.

The basement level will remain for retail use, building services, and operations. 32 Class 1 bicycle parking, clothing lockers, and shower facilities serving both retail and office uses. Class 2 bicycle parking is proposed along Stockton and Market Streets on the sidewalk outside the pedestrian pathway. A new office entrance and lobby are proposed on Market Street on the easternmost edge of the property. 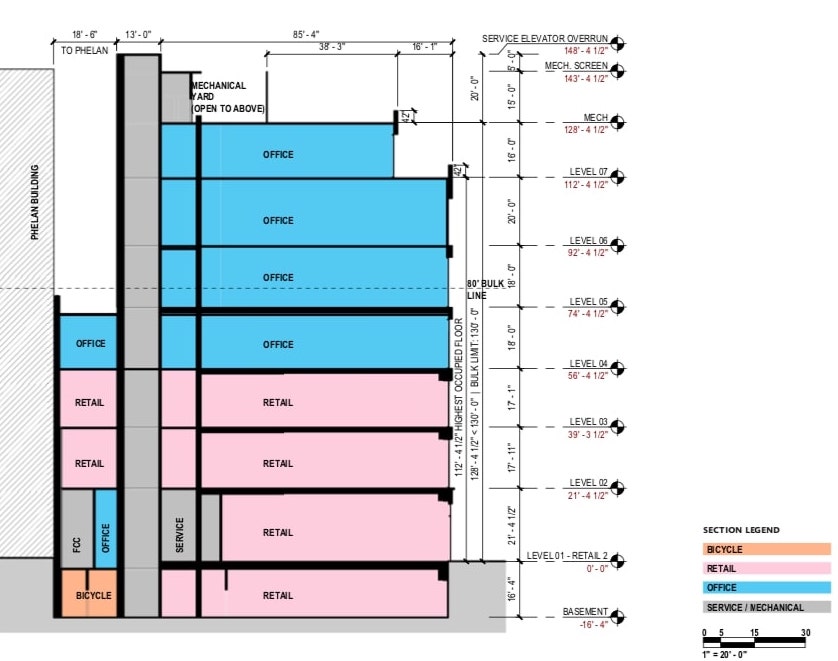 The façade and concept designs emphasize the corner massing composition of the original lower and proposed upper tower, extending the upper façade toward 48 Stockton and enabling the building to establish a proportionate relationship with the existing base.

The estimated cost of construction is $39 million. The date of project completion has not been announced yet.