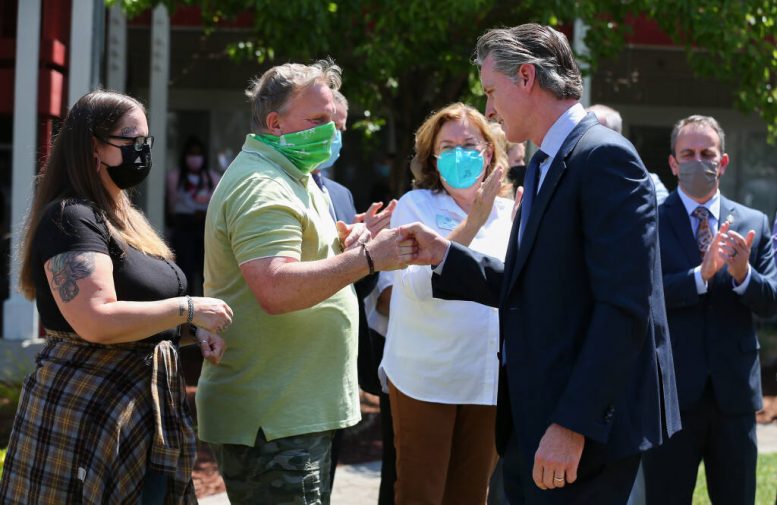 California Governor Gavin Newsom after his press conference in Sebastopol on Monday, July 19, 2021 via (Christopher Chung/ The Press Democrat)

The funding will be invested into services and housing for Californians without homes or at risk of losing their homes. Newsom signed the funding bill at the Sebastopol Inn, Sonoma County, a hotel converted into homeless housing using state funds.

The plan, proposed in May 2021, includes $5.8 billion to add 42,000 new homeless housing units through Homekey — Newsom’s pandemic program that converts hotels and other buildings into long-term homeless housing. Of that, $3 billion will go toward housing people battling with mental illness. The bill also includes new efforts to hold counties accountable. Counties that prove they are meeting certain benchmarks are eligible to receive 18% more funding.

Newsom signed it into law as a trailer bill amending the state budget and said that after the one-time funding is spent, the state will look to the federal government to help continue any fledgling programs launched with the new money.

It is the largest state investment in homelessness in U.S. history.

Similar initiatives are being undertaken in Alameda, where tiny cabins and motel rooms could provide accommodations for homeless residents.