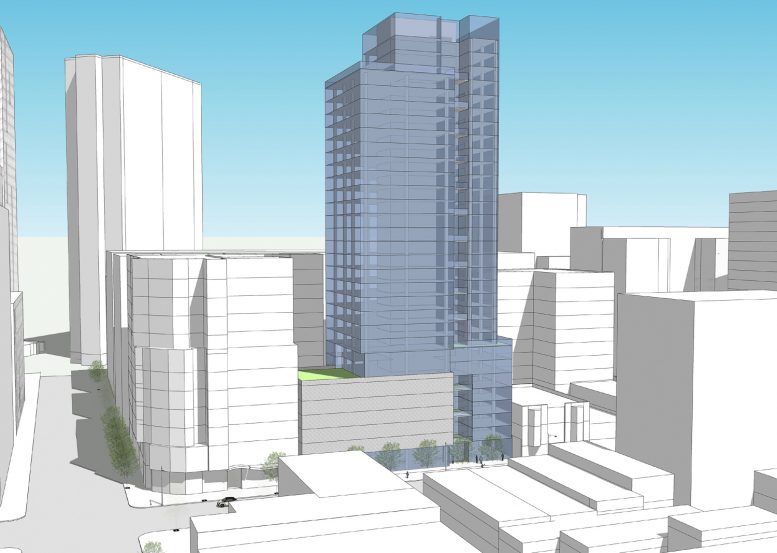 The City of San Francisco has issued the preliminary project assessment (PPA) for a 30-story mixed-use tower with affordable housing proposed for 1338-1370 Mission Street in SoMa, San Francisco. Plans for the 287-unit high-rise were first revealed in April of 2021 across three separate filings. Now that the PPA has been issued, the developers, Malex Holdings, must file the project application within 18 months or submit the document again. 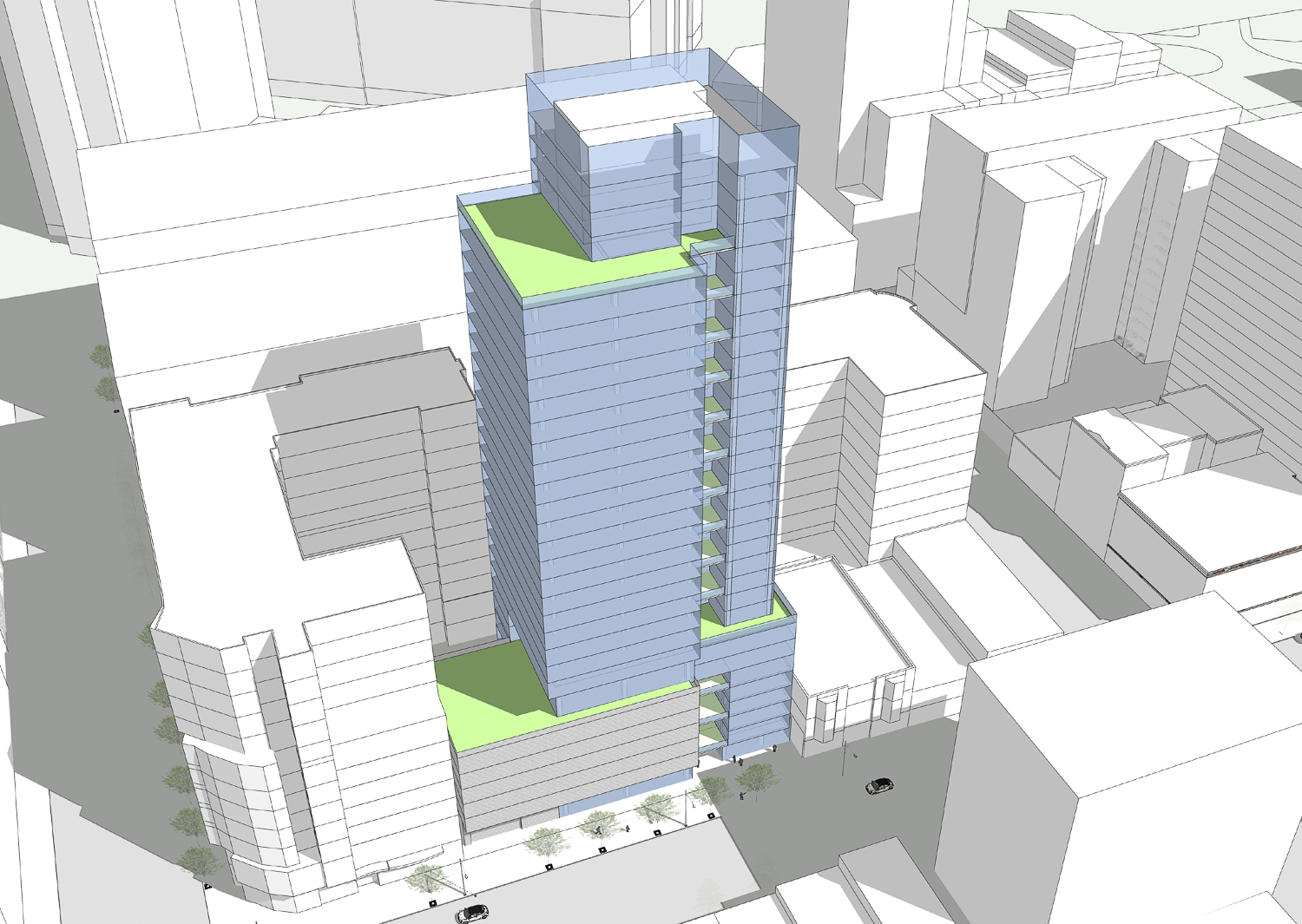 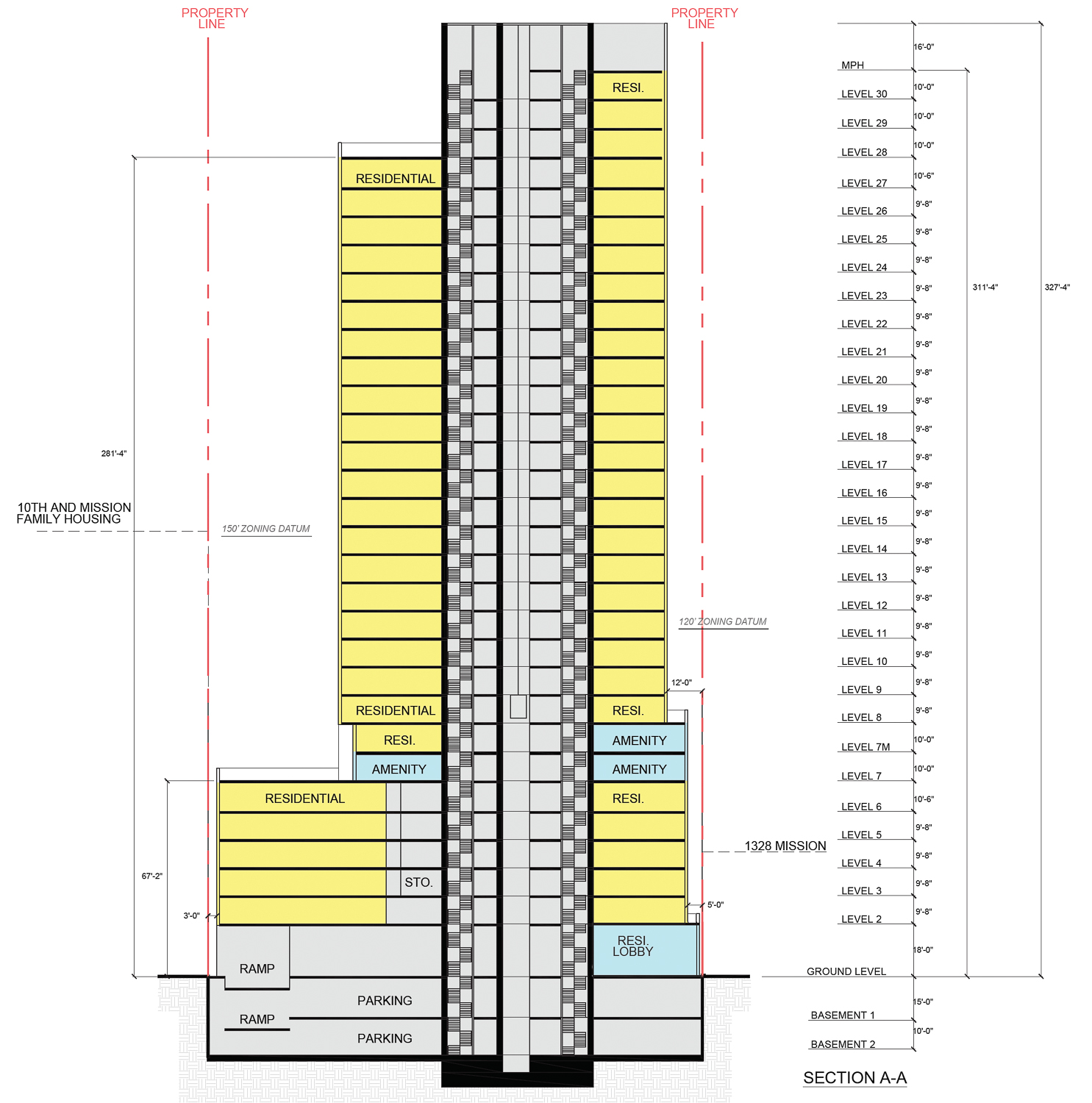 The assessment considered the project’s utilization of the state density bonus, approving the building height, the project’s position within the Filipino Cultural Heritage district, and means for community outreach. 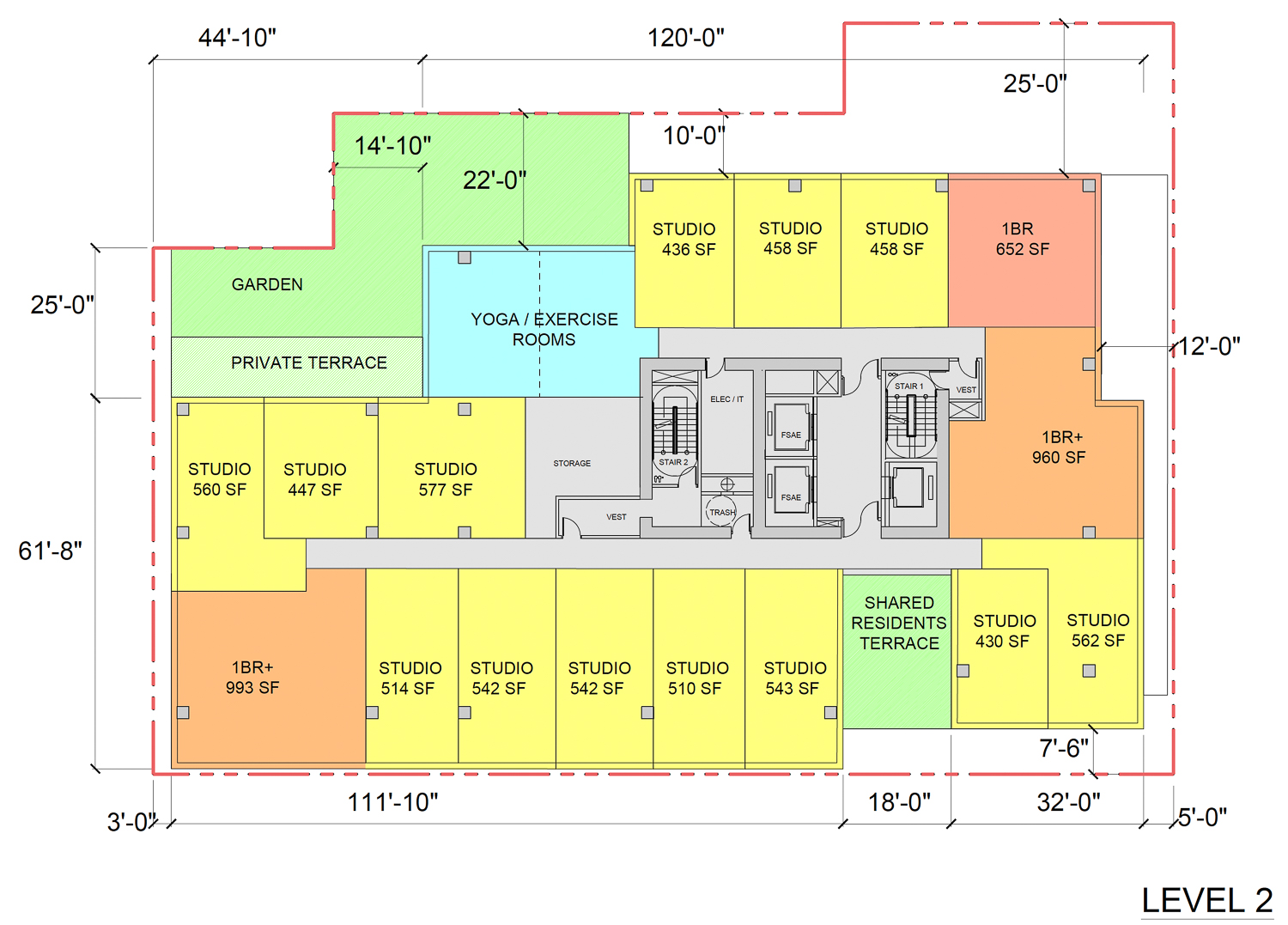 Of the 287 apartments included, 44 will be affordable, and 243 will be market-rate. Initial plans call for the residences to be for ownership and not rentals. The apartments will range in size, with 77 studios, 138 one-bedrooms, 43 two-bedrooms, and 29 three-bedroom units. 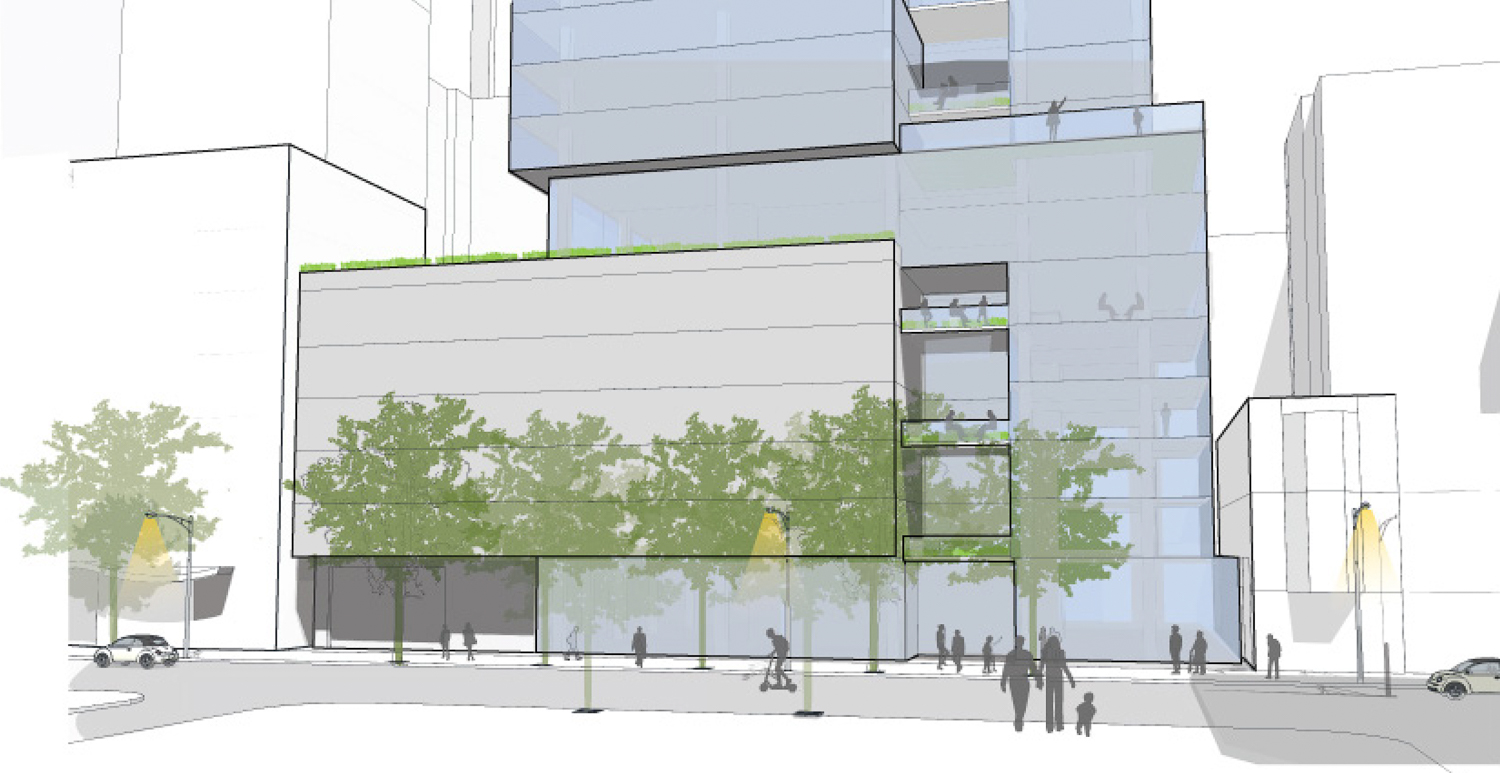 SmithGroup is responsible for the design. The preliminary illustrations show a curtain-wall skin rising from a seven-story podium. Given how early in the development process plans are, the project design is likely to evolve significantly. The architecture firm has a large international portfolio. In San Francisco, SmithGroup is responsible for designing the 18-story apartment complex dubbed SoMa Grand, the foliage-topped AmeniTREES public restroom design, and the 22-story high-rise apartment building dubbed The Grand, by Essex Property Trust, in Oakland. 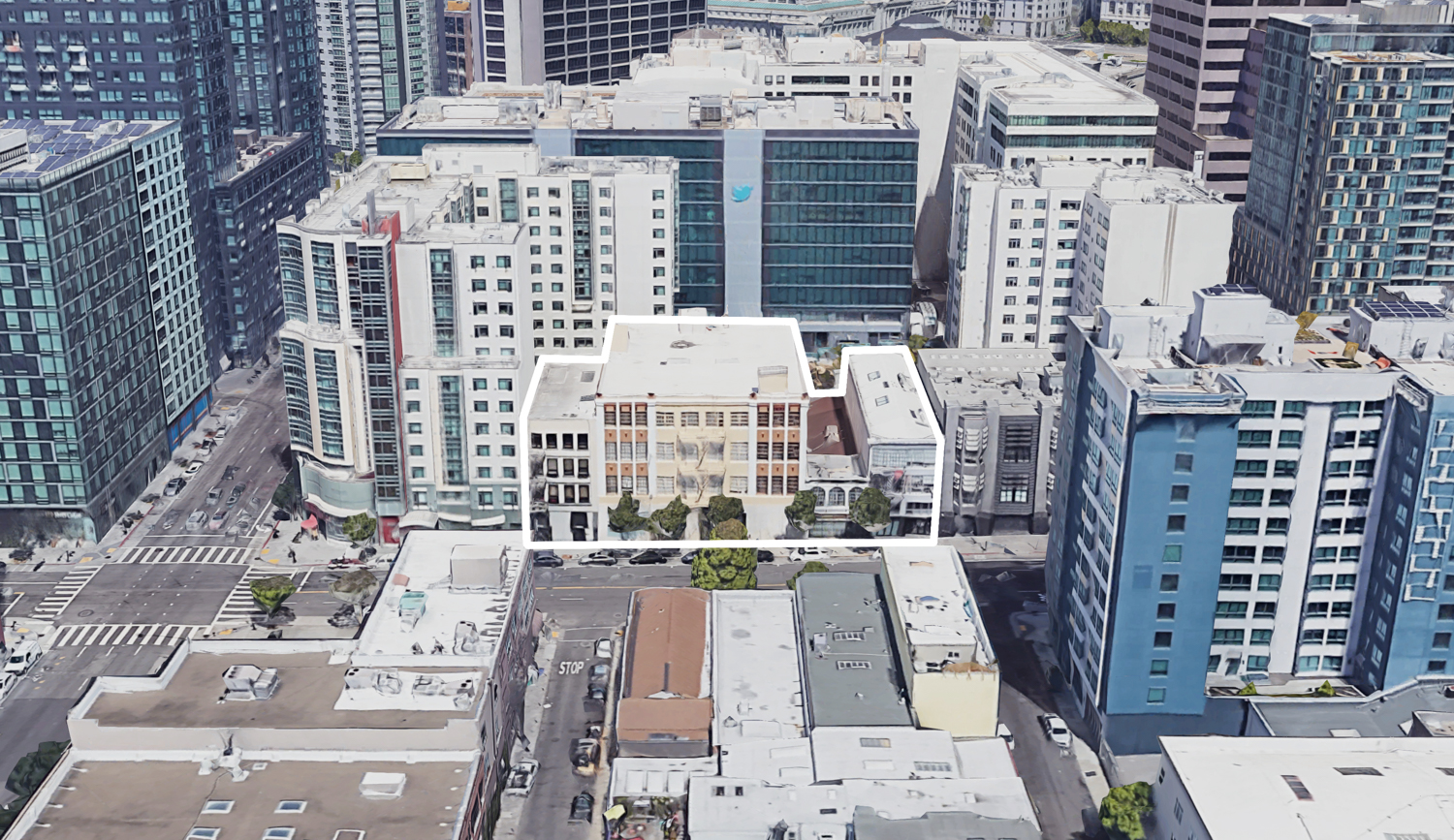