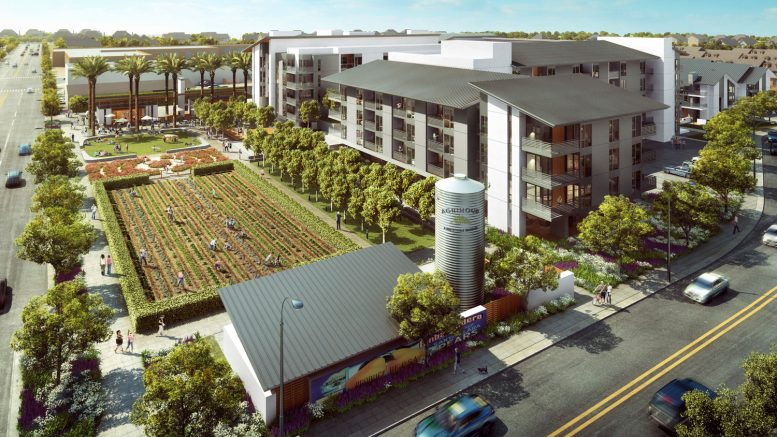 A recent site visit by SFYIMBY has documented that construction is well underway for 70 and 76 North Winchester Boulevard, one of several structures that comprise Santa Clara Agrihood, a unique senior housing development with 361 dwelling units, retail, and urban farmland by Santa Clara’s border with San Jose. Core Companies, a real estate and construction firm, is responsible for the development. 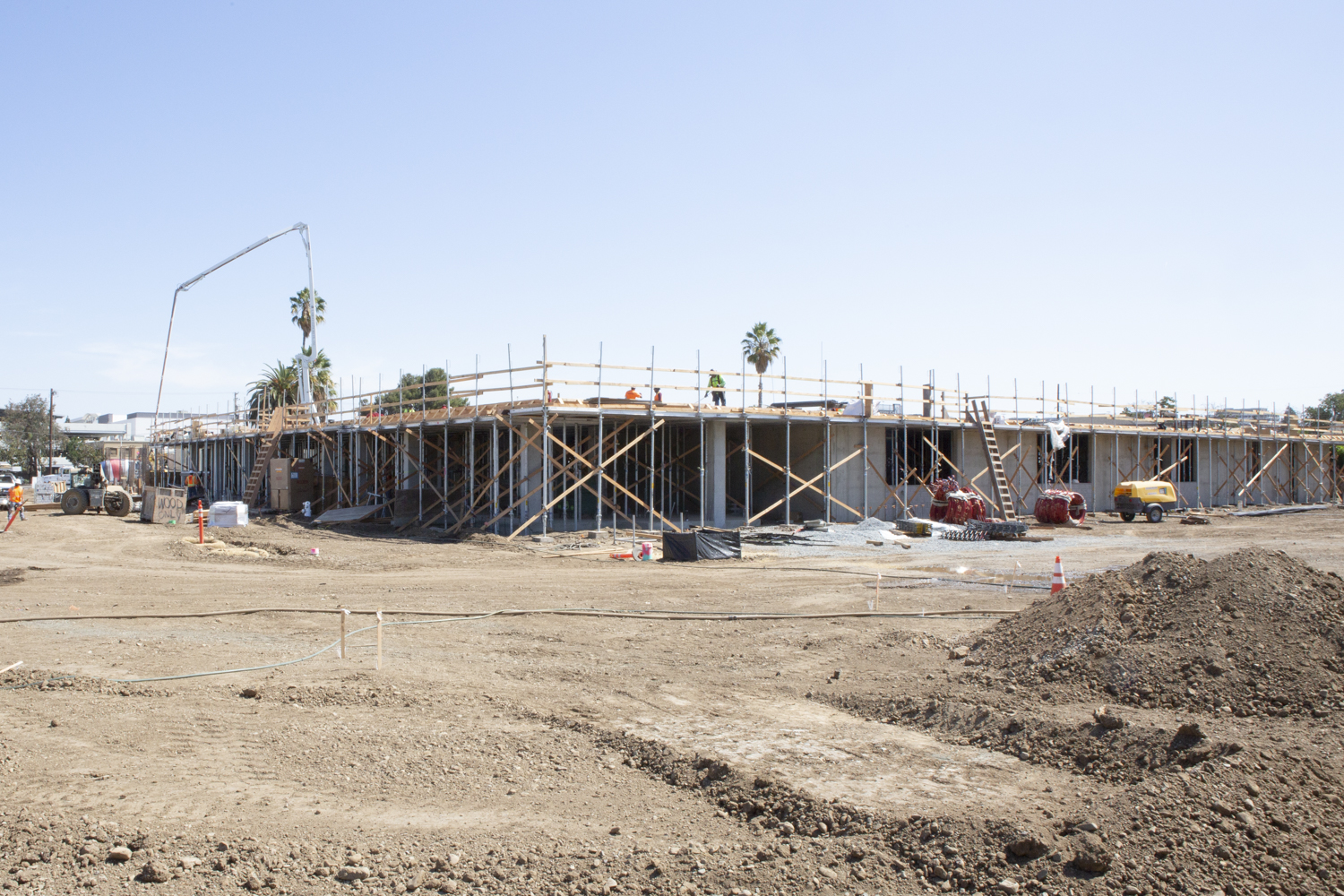 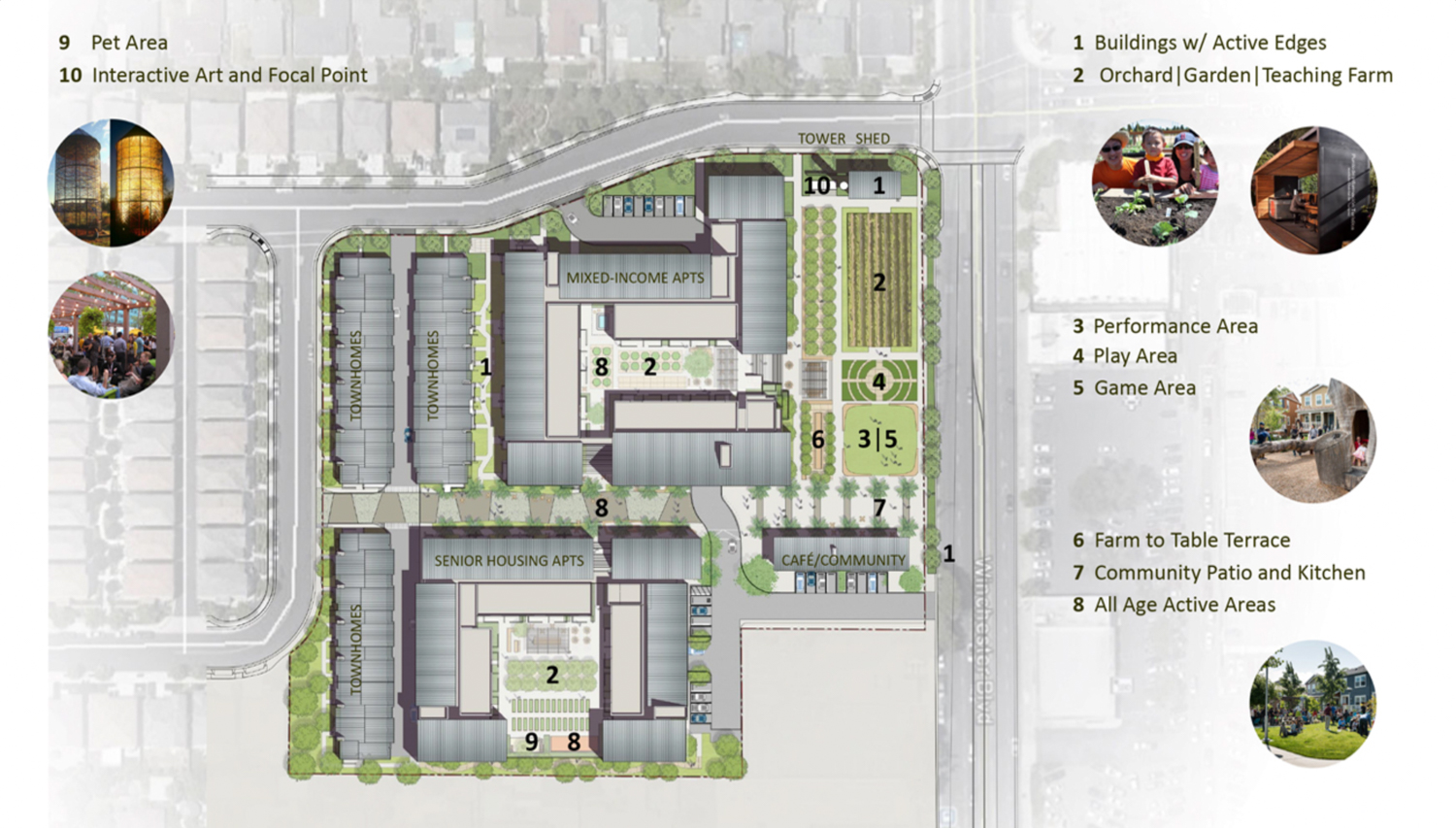 The development yields 241,400 square feet of residential space across two housing types, apartments and townhomes. Of the 361 units, 181 will be priced as affordable. Steinberg Hart is responsible for the architectural design, which imagines an active, vibrant development with inviting outdoor spaces. The firm’s design won the APA North Section award in recognition of “projects that showed special innovation and originality in environmental aspects of planning.” 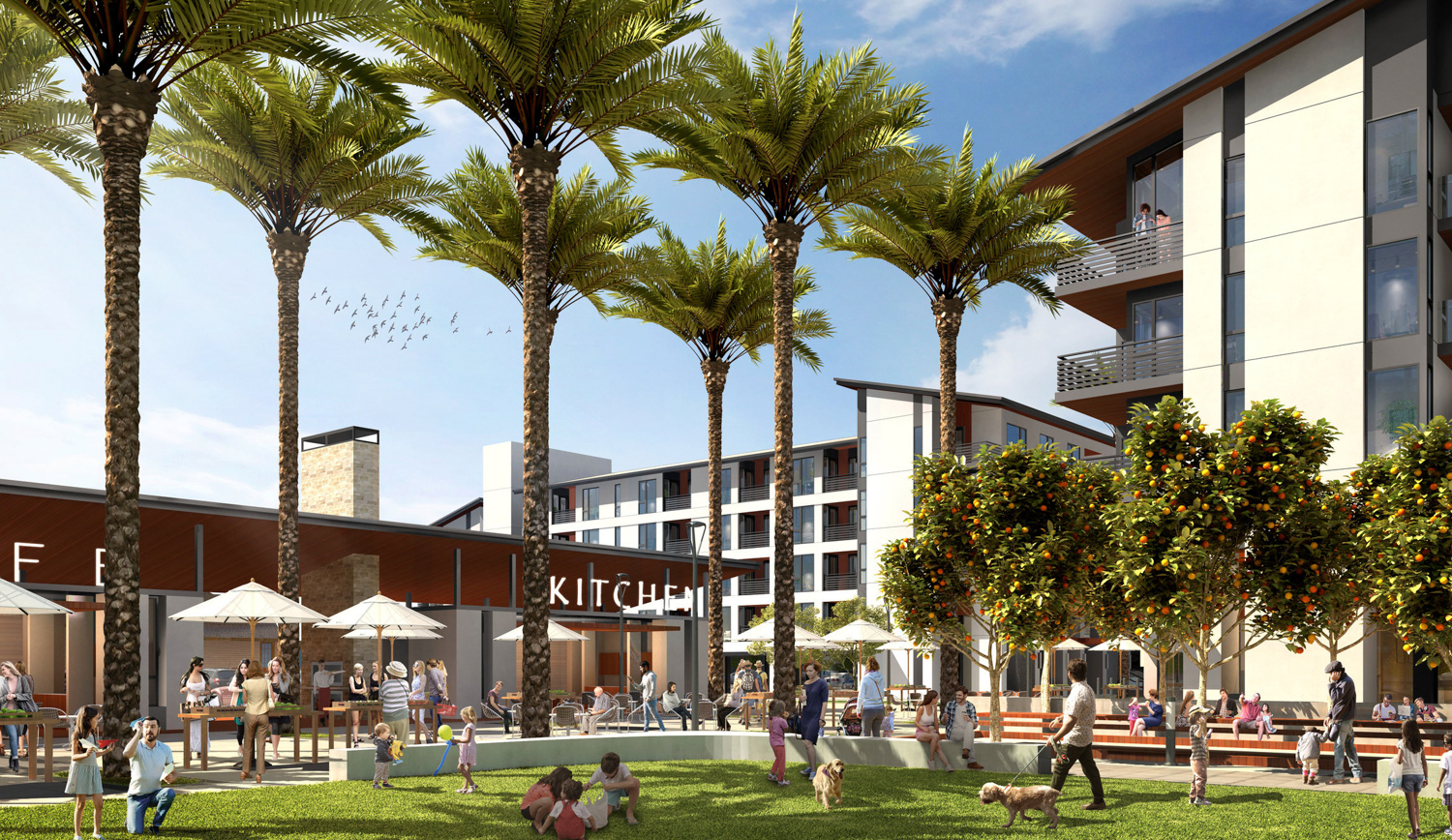 The $85 million affordable apartment building at 76 North Winchester Boulevard will yield 150,050 square feet, with 82,600 square feet for residential use. Of the 165 units, there will be 70 studios, 84 single-bedroom units, and 11 two-bedroom units. Parking will be available for 99 vehicles and twelve bicycles. 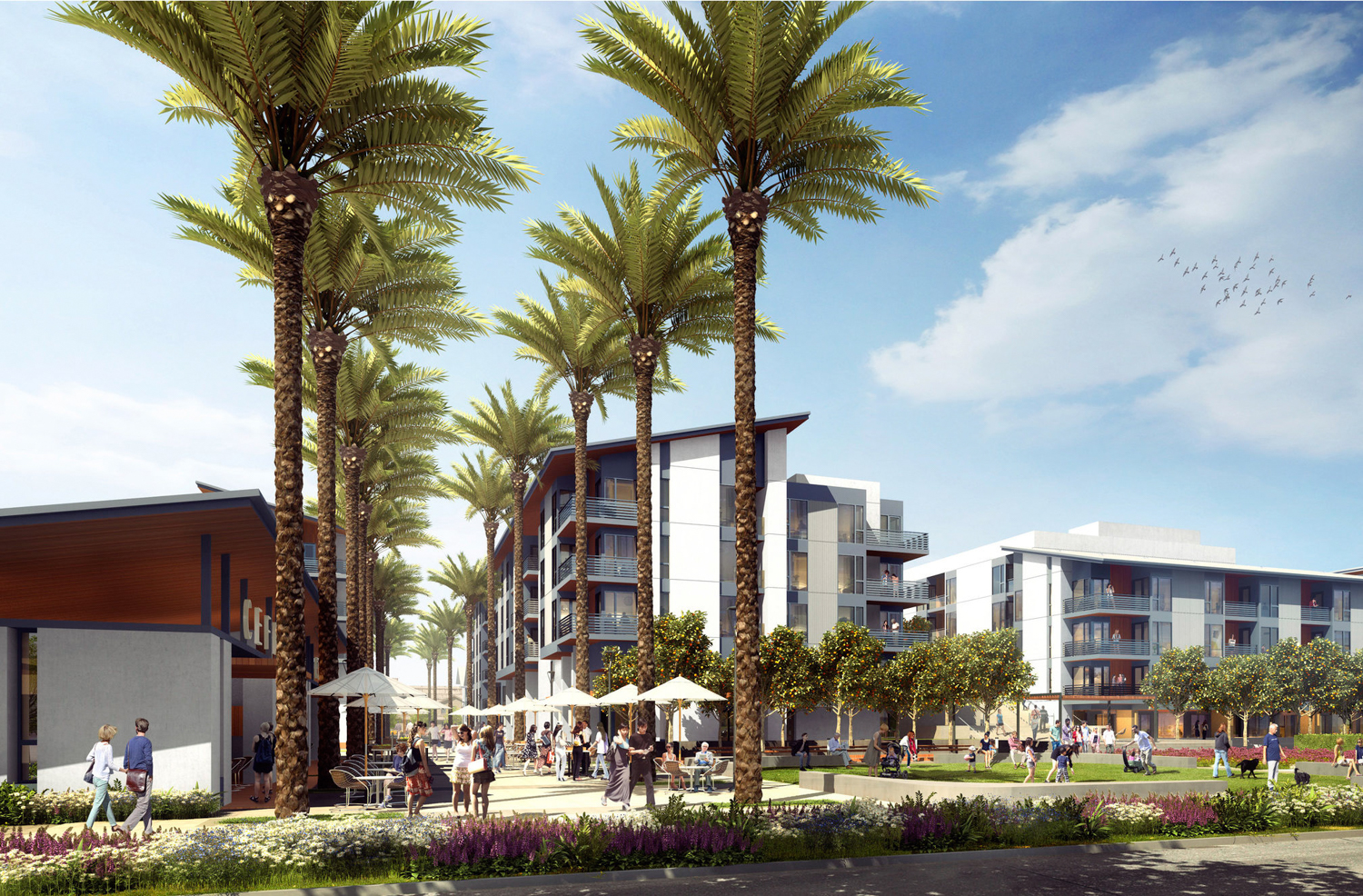 One of the Santa Clara Agrihood apartments complex, image from Steinberg Hart

A second 237,000 square foot building will contain 160 apartments, of which 16 will be sold as affordable. The remaining 36 units will be in the style of townhouses across 69,760 square feet. Construction has not started to rise for any other buildings. 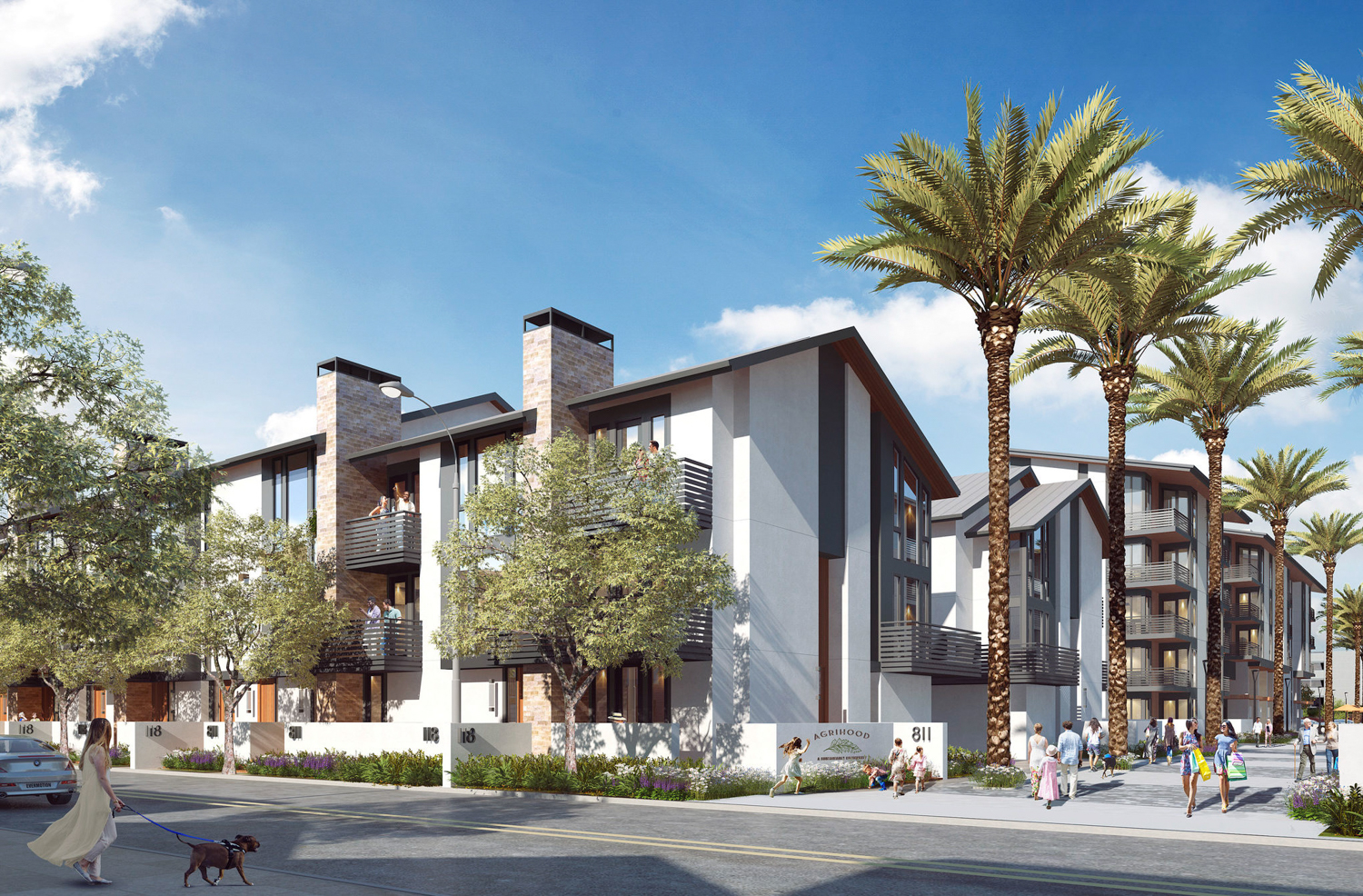 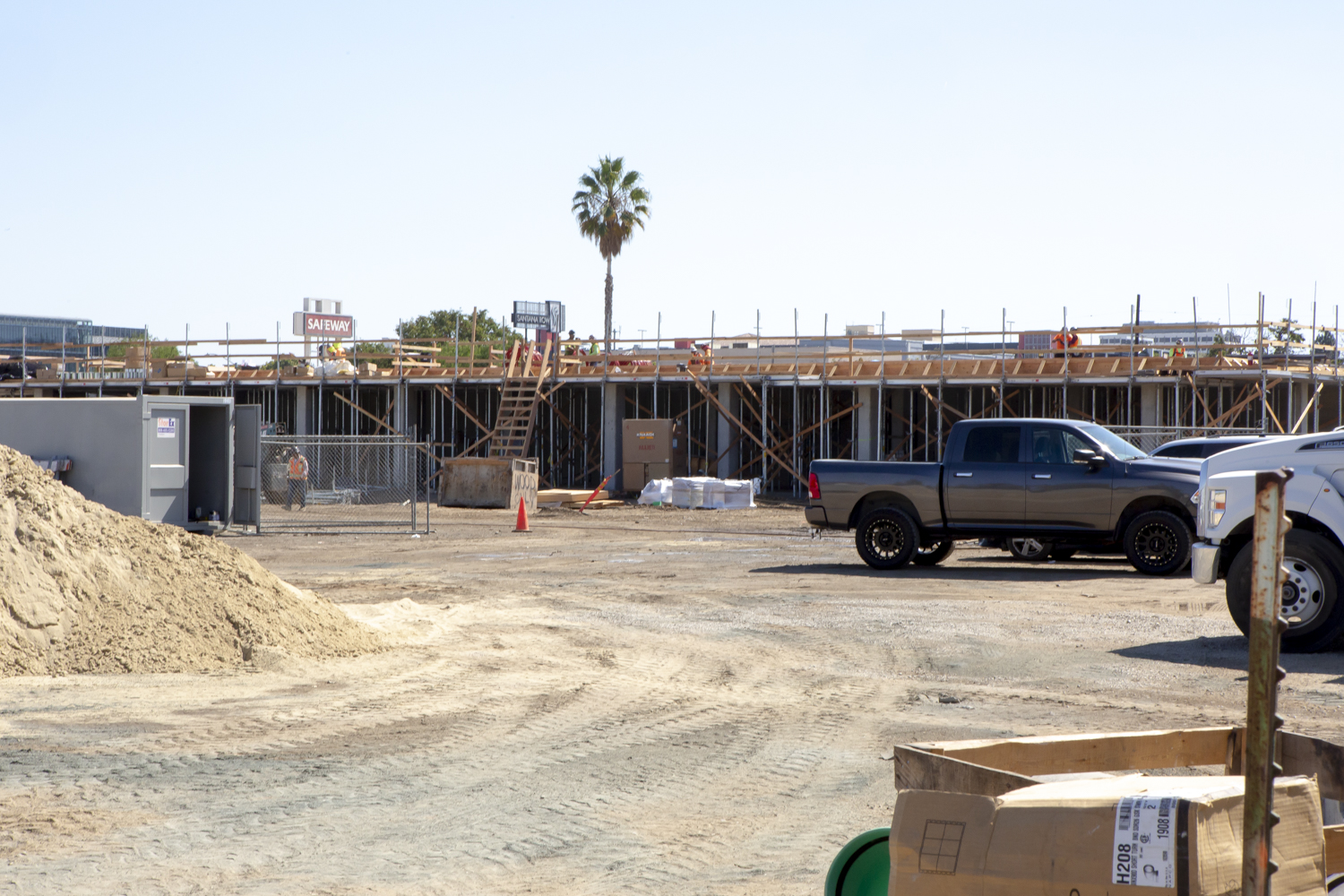 The project is near the Winchester Mystery Housing and the growing Santana Row district in San Jose. New and proposed construction has established the area as a new hub for apartments, shopping, restaurants, and commercial offices.

With the crews on schedule, the building is expected to open in late 2023, with the property managed by the John Stewart Company.

Meeting Scheduled For Townhomes At 102 East Fremont Avenue In Sunnyvale