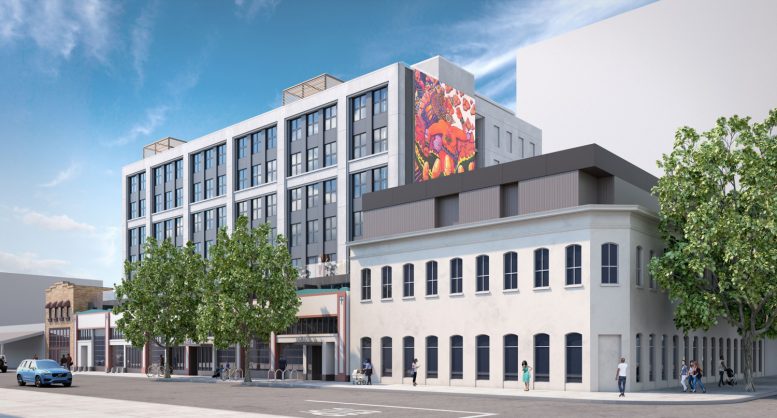 New renderings have been revealed for a seven-story mixed-use development at 419 4th Street in Oakland’s Jack London Square neighborhood. Updated designs for the six-story extension introduce a beam and column grid that complements the preserved ‘Noodle Factory’ facade. Lowney Architecture is the project architect. 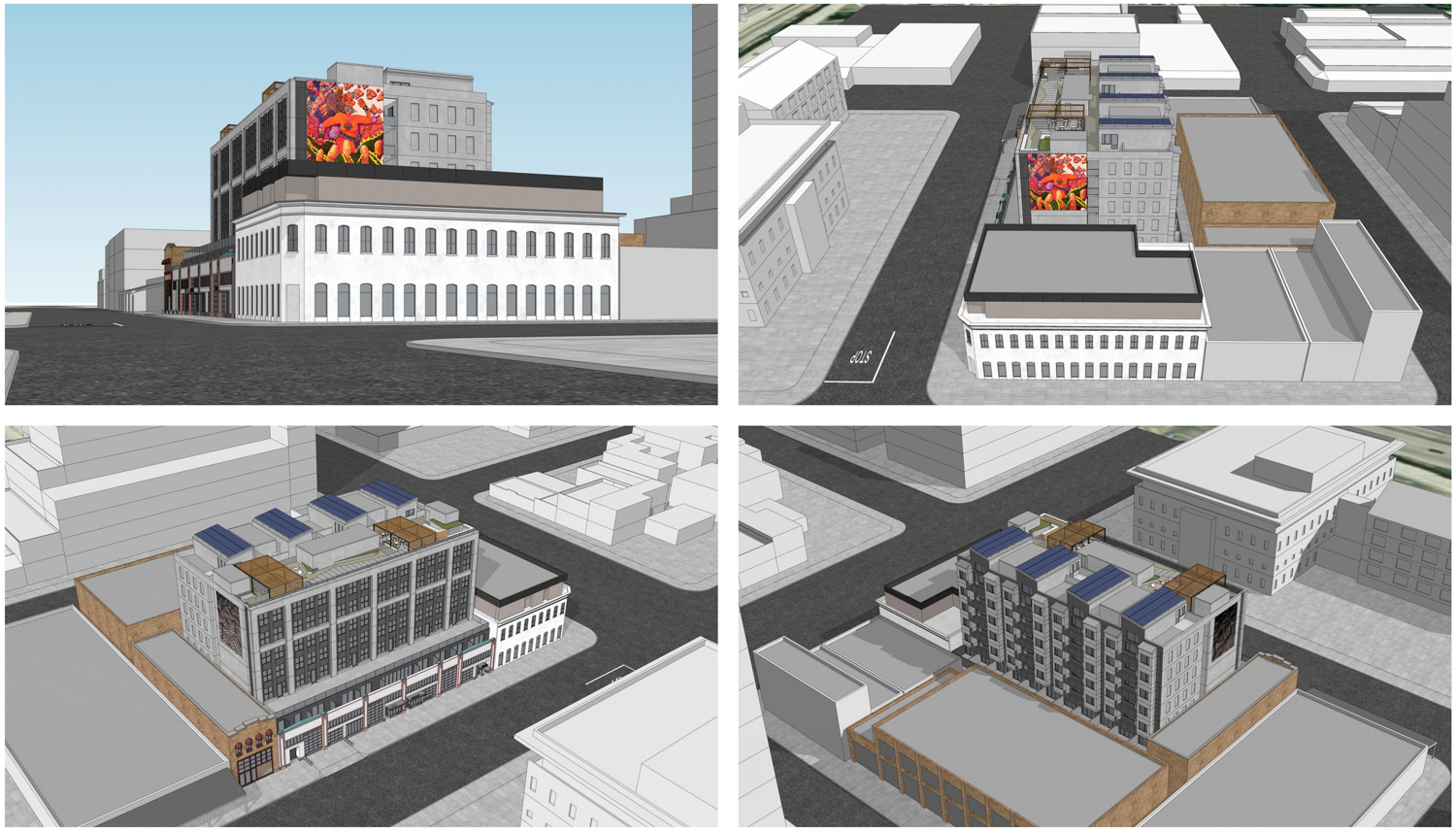 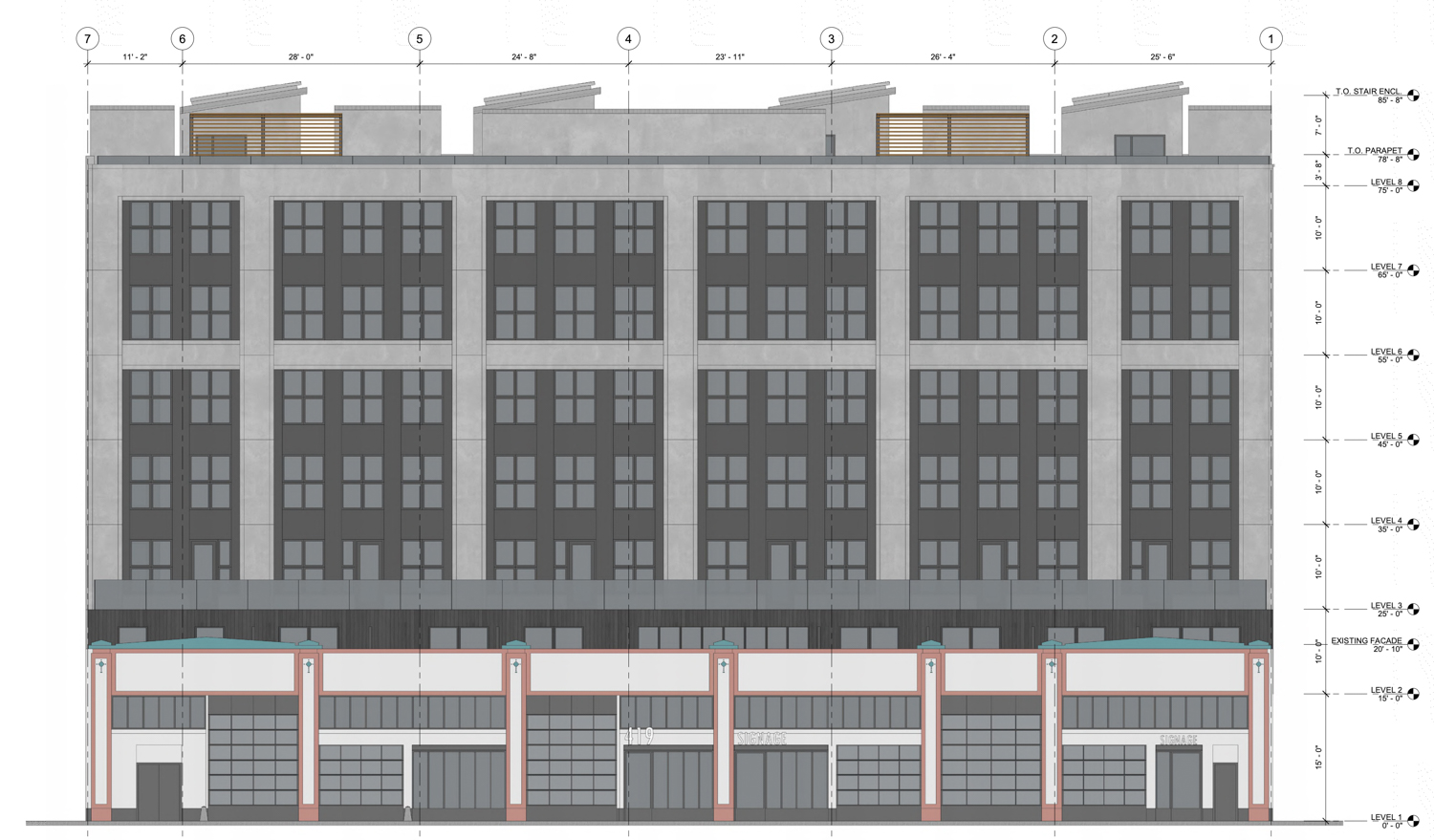 An open-air deck on top of the preserved facade will connect with a shared fitness center on the second floor. On the rooftop, a landscaped roof deck will include a tea pavilion, a dining area, and four private decks. Across the structure’s podium top and inner-lot facade, private decks will provide access to open space for many households. 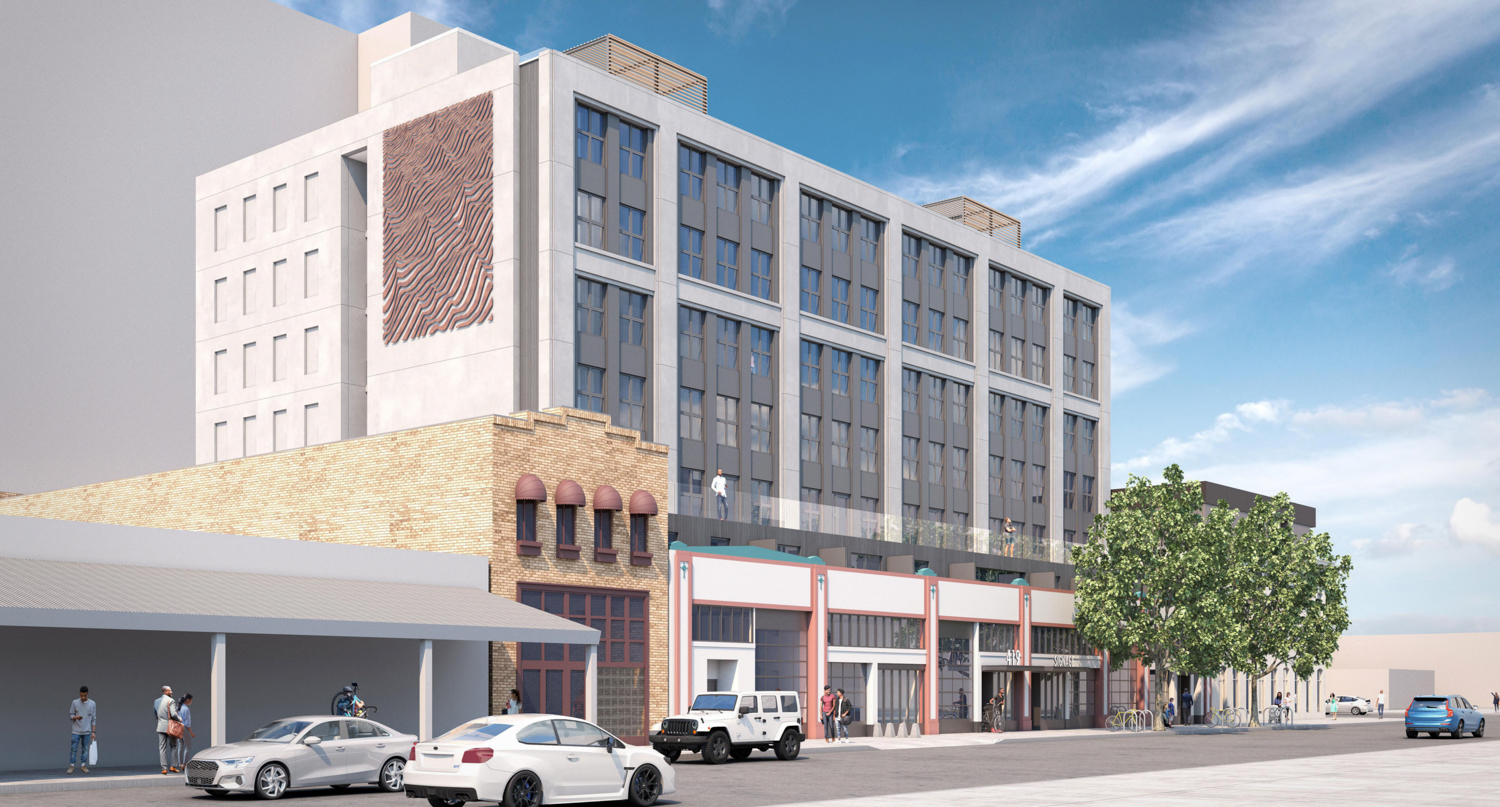 The updated design by Lowney Architecture shows a brighter facade, introducing a three-window-wide beam and column grid. The warehouse-like design responds to the existing building, constructed in 1922 and currently occupied by a noodle processing facility. 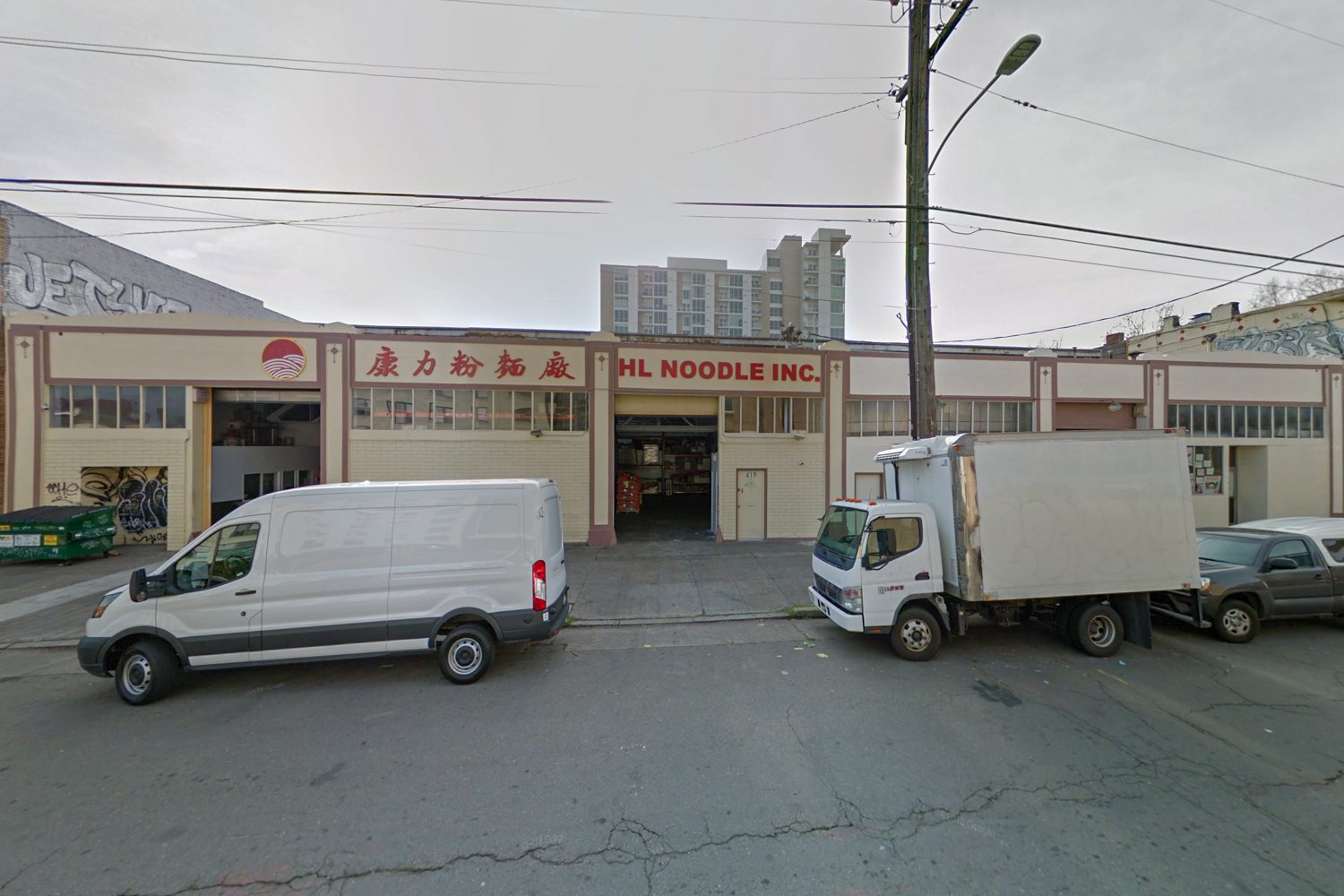 Smart Growth is the project owner. A timeline for construction has not yet been published.

Be the first to comment on "New Renderings Revealed for 419 4th Street, Jack London Square, Oakland"