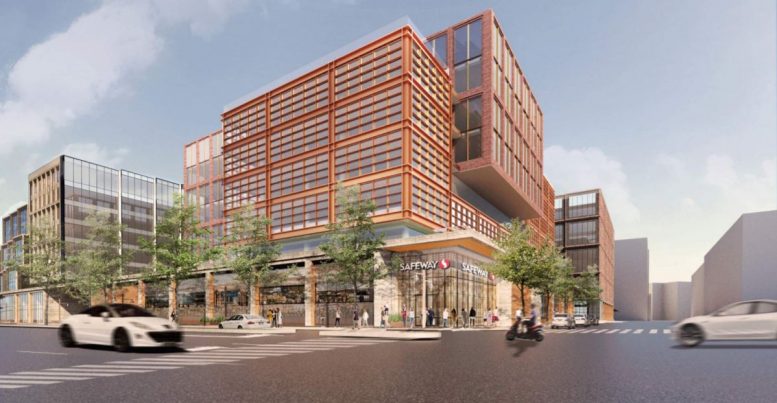 Lowe and Eden Housing is the project applicant and developer. Current property owners Safeway and Regency Centers Corporation are also stakeholders in the project. Hellmuth, Obata & Kassabaum, Inc (HOK) is managing the design concept and construction. 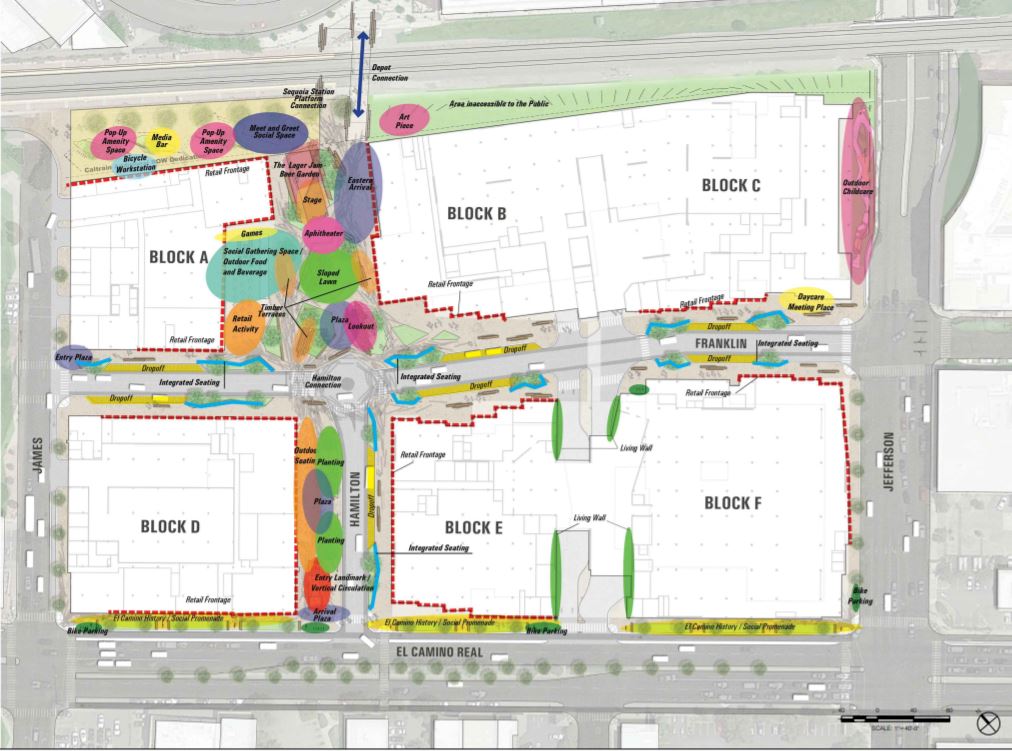 Named Sequoia Station Project, the project site spans an area of 12 acres and involves the redevelopment of the Sequoia Station Shopping Center. The project aims to create a walkable transit-oriented downtown with excellent community benefits. The redevelopment dedicates land to Caltrain while offering critical market-rate and affordable homes, a beautiful new public realm, and a modernized Safeway and CVS anchored shopping center for Redwood City residents. 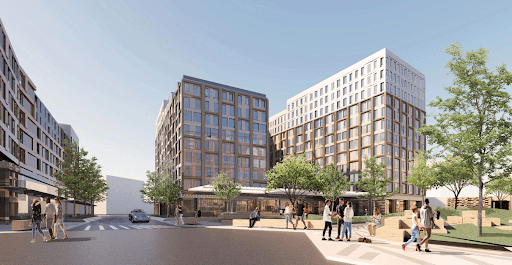 The original plans for the project were first submitted in 2019. At the time, the development included 225 housing units, 1.4 million square feet of office, and about 176,000 square feet of retail.

Under the new plans submitted by Eden Housing and Lowe, up to 631 housing units will be provided–of which 254 will be affordable– while the amount of office space has been reduced to 1.23 million square feet. The amount of square footage designated as retail has also changed, decreasing to 170,000 square feet to accommodate a new, 10,000 square-foot child care center. The retail space will now also include 25,000 square feet of family-focused entertainment space, as well as non-profit commercial space. About 90,000 square feet of open space is now planned.

A phasing plan reflecting the sequence of construction was provided and will allow for the existing Safeway and CVS to remain open throughout construction, while flex and community space were also relocated. Plans have also been modified to provide the maximum build-out for parking.

The project also provides critical land needed to expand Caltrain into the area. The land will be used for a four-track expansion and grade separations to expand the system. The project team emphasized that if the redevelopment of Sequoia Station is not approved, Caltrain will either need to acquire the property itself or move its plans for a transfer hub elsewhere–both costly and time-consuming options.