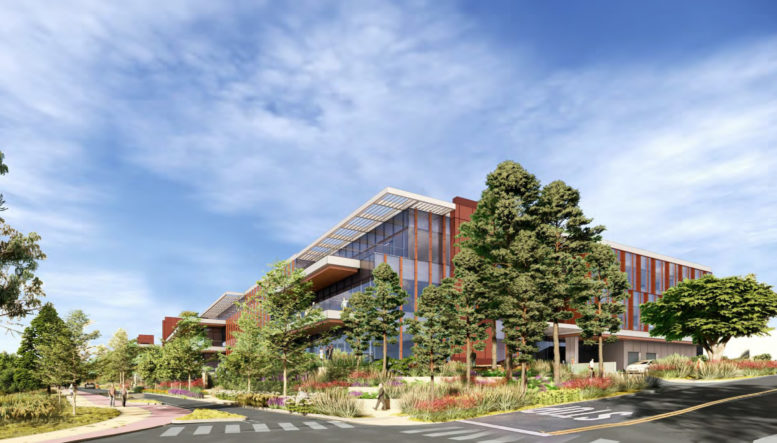 The final design review is complete for Berkeley Commons, an industrial campus at 600 Addison Street by the Berkeley Marina. Progressing closer to construction, the project is expected to create nearly half a million square feet for the Bay Area’s Research and Development industry. Lane Partners and LB2 Partners are jointly responsible for the development. 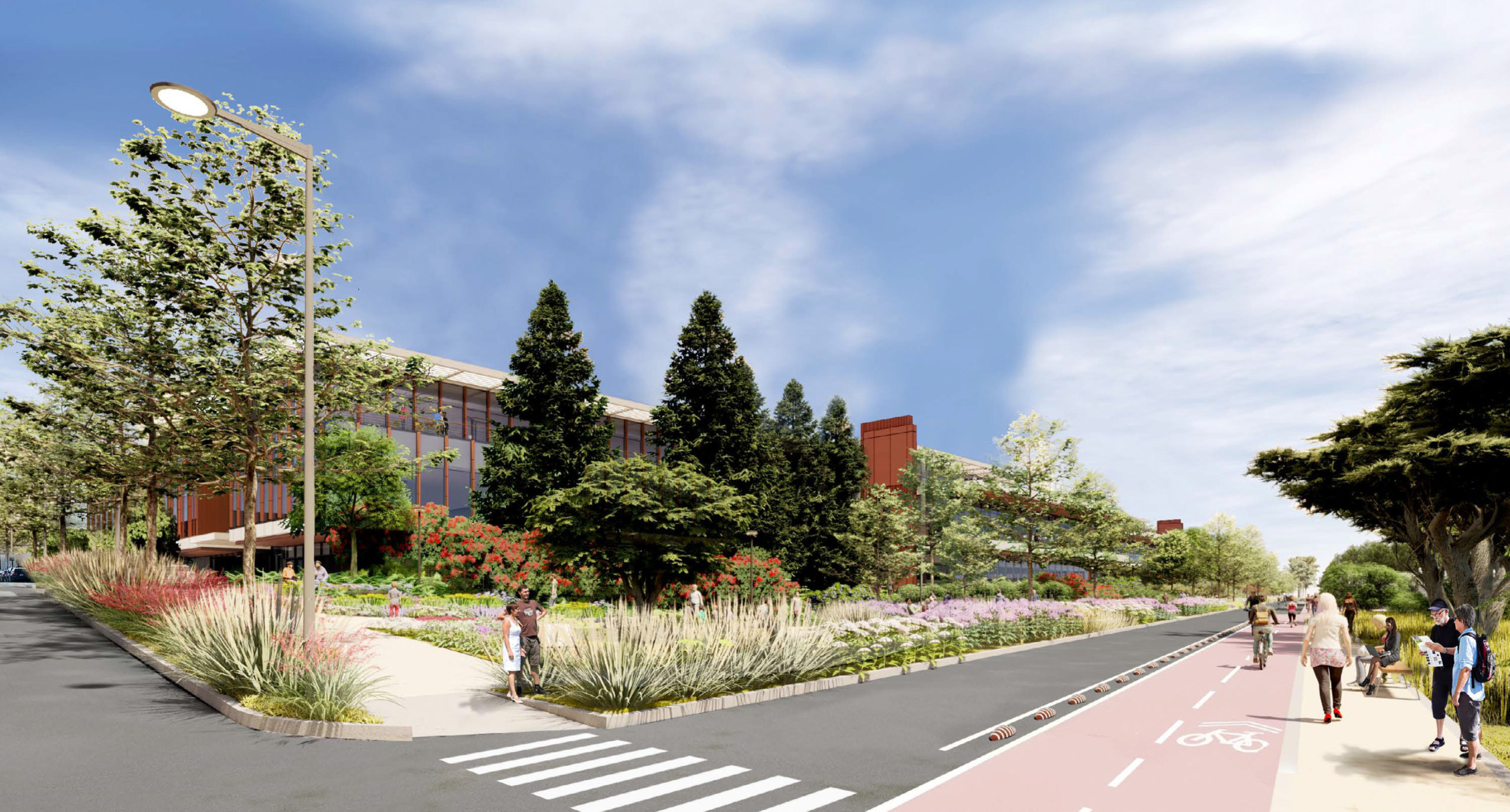 The Zoning Adjustment Board approved the project in May of 2021. Later, demolition permits were filed for the existing structures in the summer.

After demolition, crews will start working on the two 50 foot three-story offices adjacent to two separate five-story parking garages. The two buildings will yield 470,570 square feet of rentable office space with 45,520 square feet of terraces split about evenly between both structures. A total of 943 parking spaces will be included for cars across over 350,000 square feet, with additional storage for 209 bicycles, and both figures are required by the city. 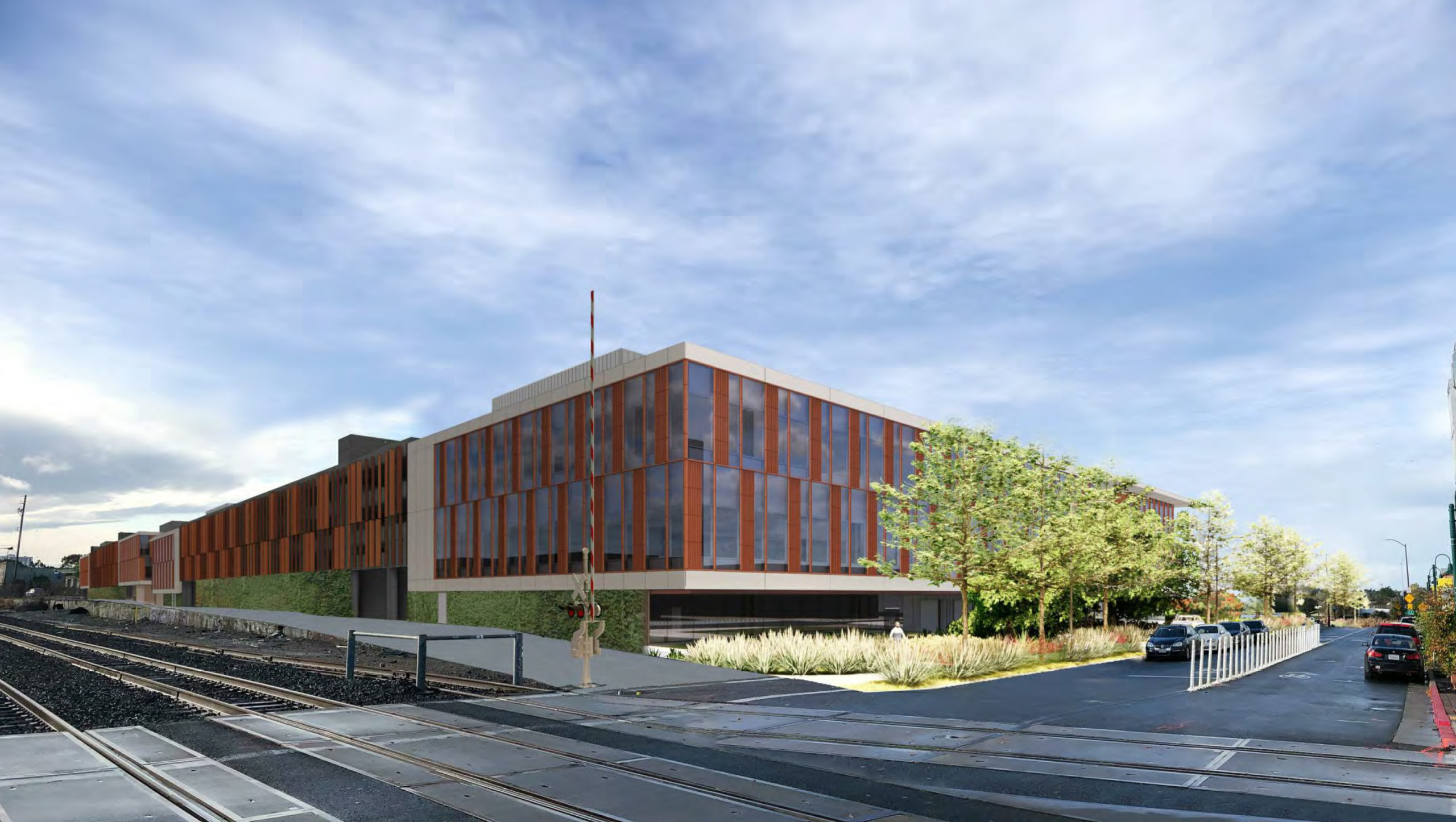 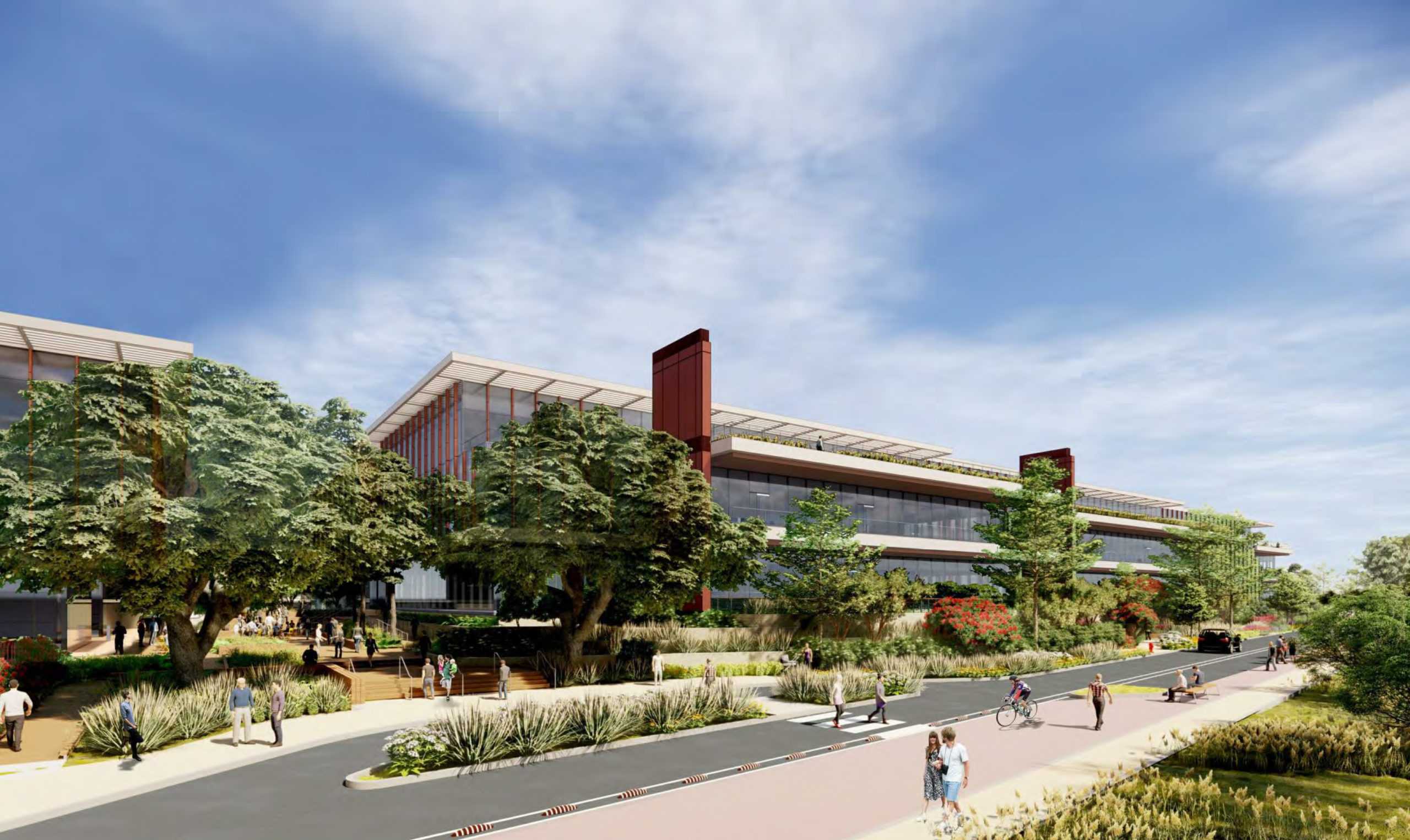 Gensler is responsible for the design as project architect, and Tom Leader Studio, a Berkeley-based firm founded in 2001, is the project’s landscape architect. The facade will be dominated by terracotta tones with metal fins, tiles, wood, mullion stucco, and stepstone pavers. 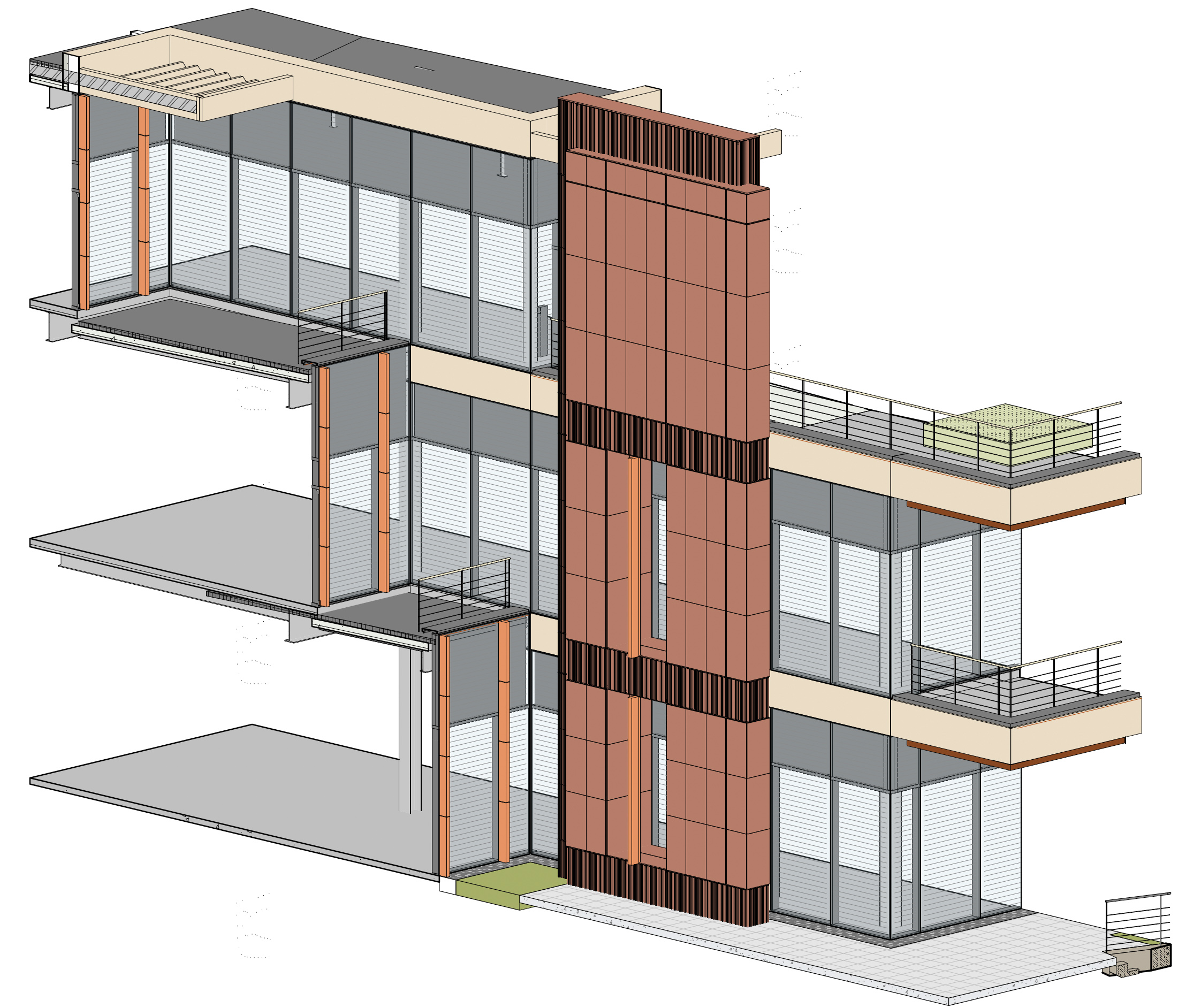 The following excerpts come from the documents provided for the Final Design Review in late December, where the development team responds to specific questions:

Provide a plaque at Ohlone ceremonial plaza Bancroft
The project team is working with Ohlone tribal representatives to discuss how the medicinal garden on Addison Street and the ceremonial plaza on Bancroft Way will be identified and designated. These discussions, and the design and detailing of these items, are still in progress. The final signage or plaque will be designed and developed in collaboration with the Ohlone representatives, and we propose that the final design be approved by them if they so choose to memorialize these areas. 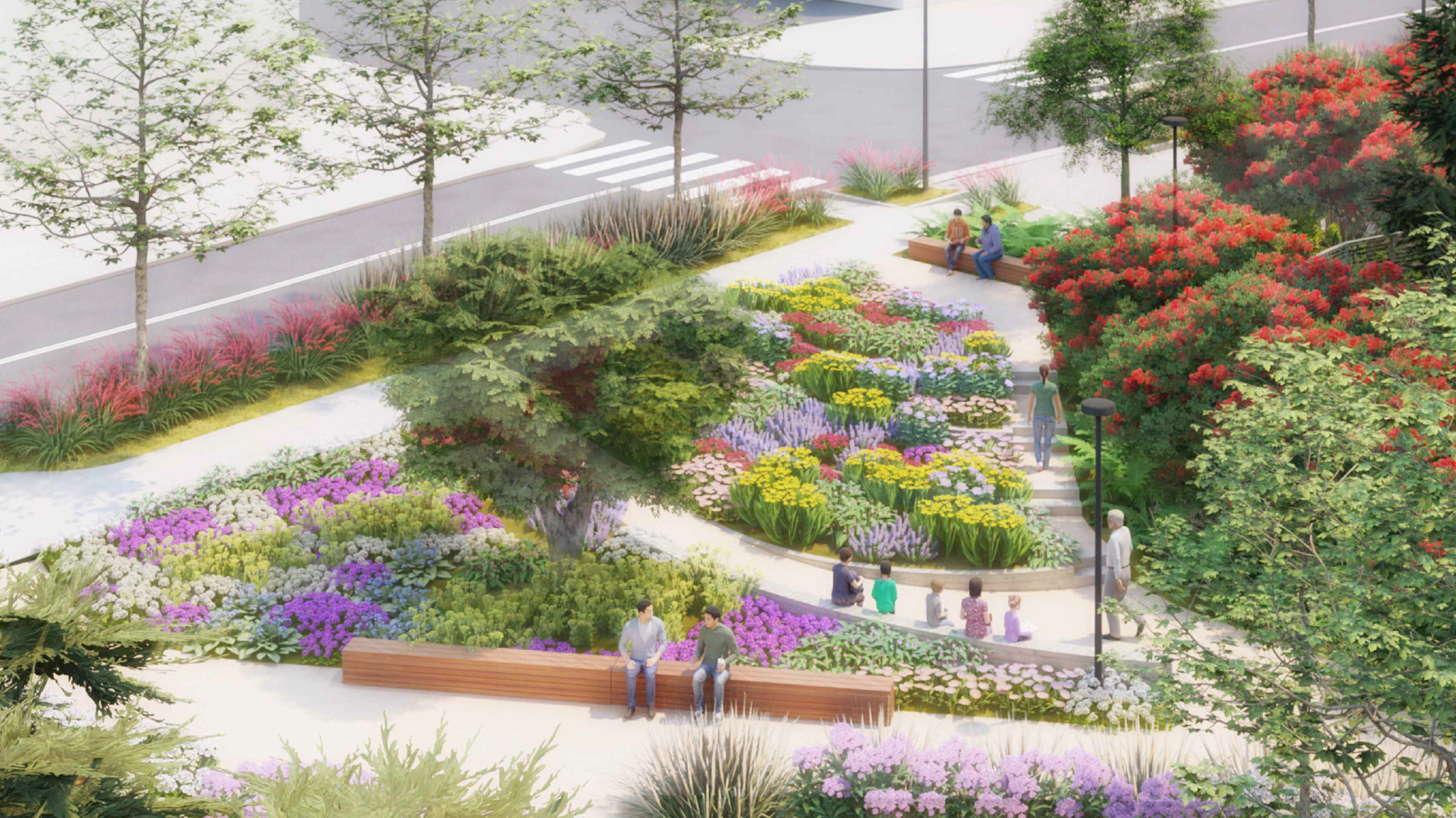 Add more detail on the vertical elements for more visual interest
The design of the vertical elements has been developed to add more visual interest. Their mass has been broken down into 2 interlocking volumes to create a more elegant and interesting composition. In addition, two different terracotta textures, ribbed and smooth, are utilized to create visually interesting surface patterns. Also, appropriately scaled windows have been included to add more texture, pattern and interest. Our submittal includes several detail sheets highlighting and documenting the design and detailing of the vertical elements. 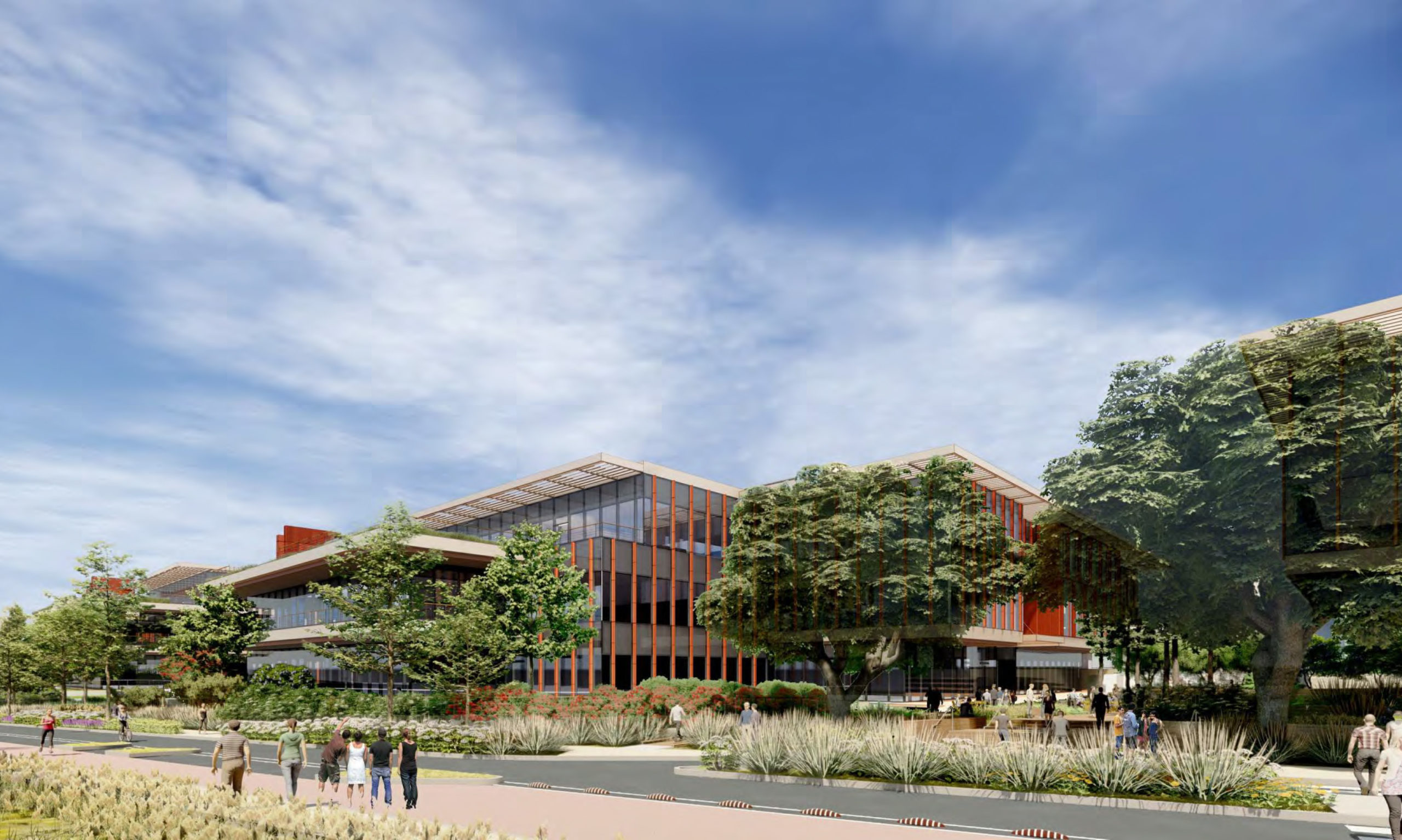 Clarify colors and materials at FDR
The final proposed material palette is enclosed for review. We previously had planned to use a colored GFRC for the main material for the project. However, we are now proposing an upgrade to a higher quality material, Terra Cotta. Two warm, earth tone Terra Cotta colors are proposed for the building, with some panels having a ribbed texture, which will allow the building to sit perfectly in its natural setting across Bolivar Drive from Aquatic Park. The other materials in the palette tie into and compliment the warm terracotta earth tones with warm, cream-colored metal trim, wood soffits and decking, balcony rails with wood top handrails, Corten steel planters, and wood benches and warm pavers in the landscaping.