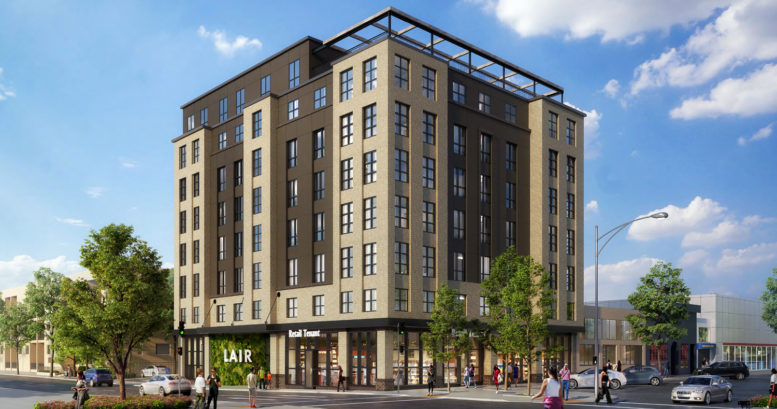 New renderings have been revealed for a proposed eight-story mixed-use building at 2440 Shattuck Avenue in Downtown Berkeley, Alameda County. The project, named The Lair @ Haste, uses the State Density Program to build a total of 40 new homes, ten more than base zoning would permit. Bill Schrader of the Austin Group is the project developer. The project will be reviewed later today by the city’s Design Review Committee. 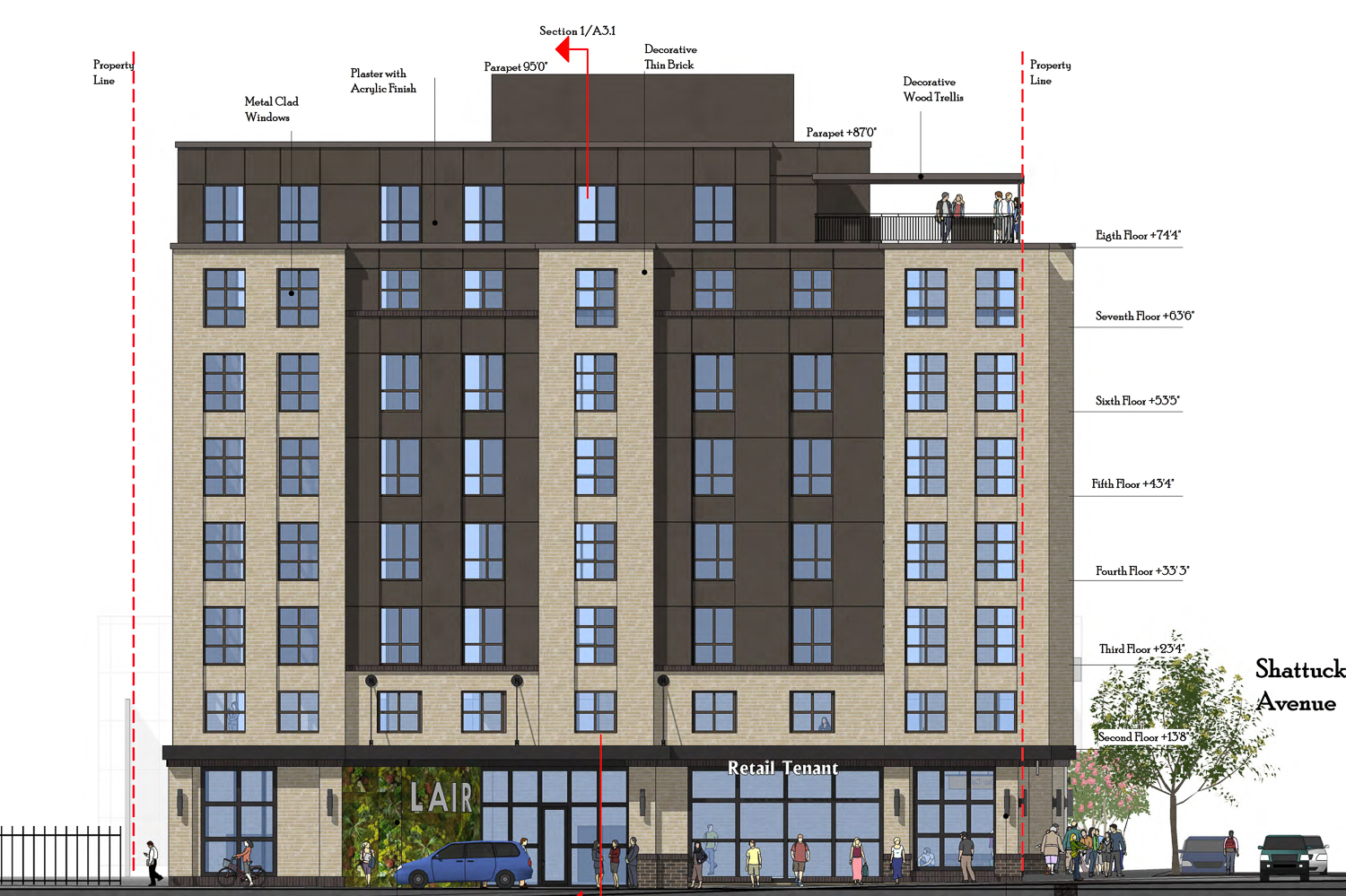 The 87-foot tall structure will yield 58,290 square feet from the 8,560 square foot lot, with 2,700 square feet for ground-level retail. Construction will leave a fifth of the lot uncovered, providing open space for residents. Of the 40 units, there will be seven one-bedrooms, 19 two-bedrooms, and 14 three-bedrooms. Parking will be included for 44 bicycles and no cars, a decision that will promote the urban center’s public transit and reduce the environmental impact. 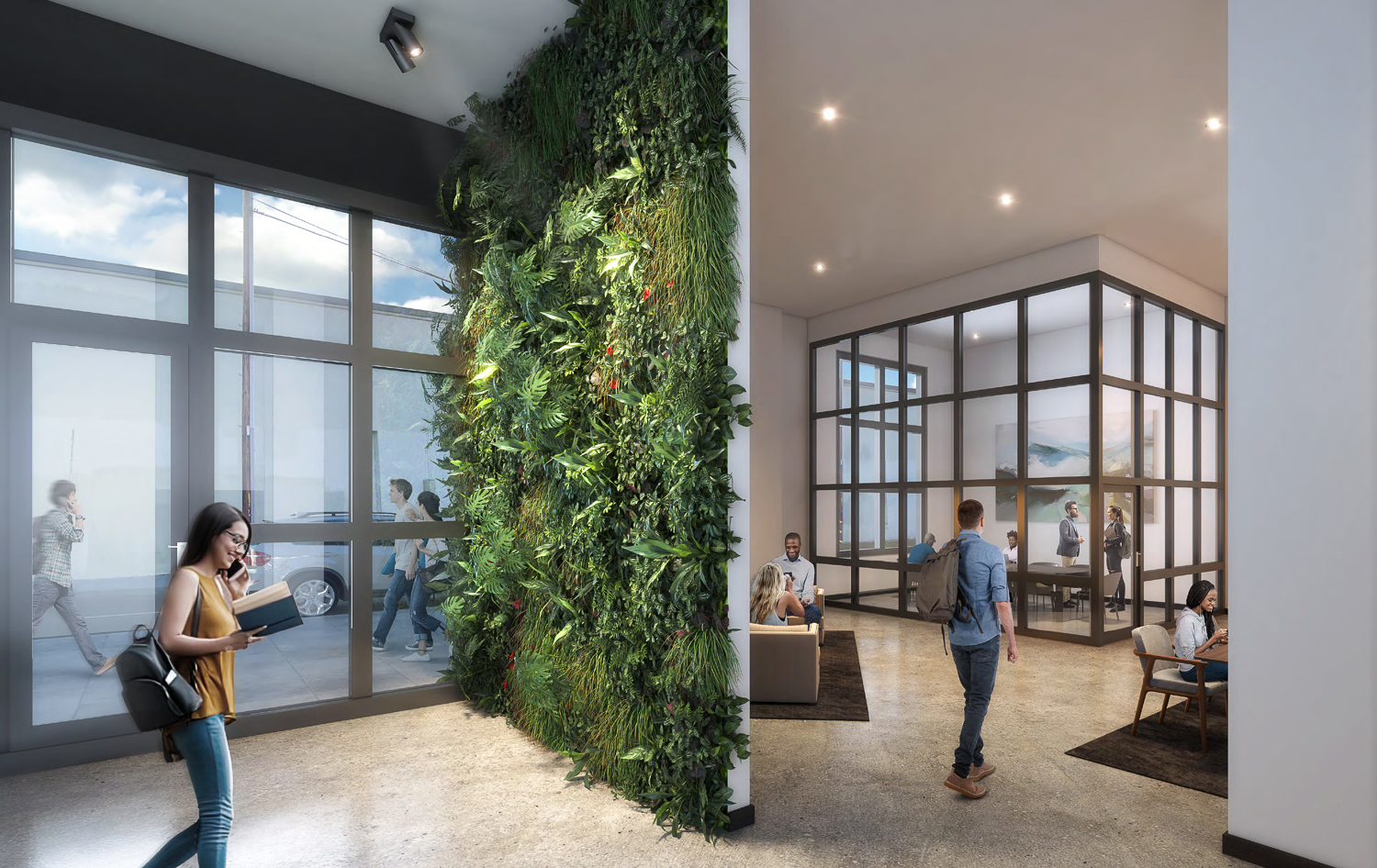 Walnut Creek-based Johnson Lyman Architects is responsible for the design. The urban infill features an articulated exterior with a color palette and setbacks to reduce the overall appearance of its scale. Facade materials will include beige brick, railroad brown brick, and gray smooth plaster.

Thomas Baak & Associates is the landscape architect, and Lafayette-based Humann Company is the civil engineer.

The property is located at Haste Street and Shattuck Avenue, on a block bound on the other end by Channing Way and Milvia Street. The project will replace a vacant single-story structure once home to a dollar store. Austin Group is also involved with plans just one block north at 2352 Shattuck Avenue. The project, developed in collaboration with CA Ventures, will complete 204 units across two phases, with the first phase now complete. Residents will be by bus lines running North-South and East-West by the UC Berkeley Campus. For regional transit, the Downtown Berkeley BART Station is less than ten minutes away on foot. 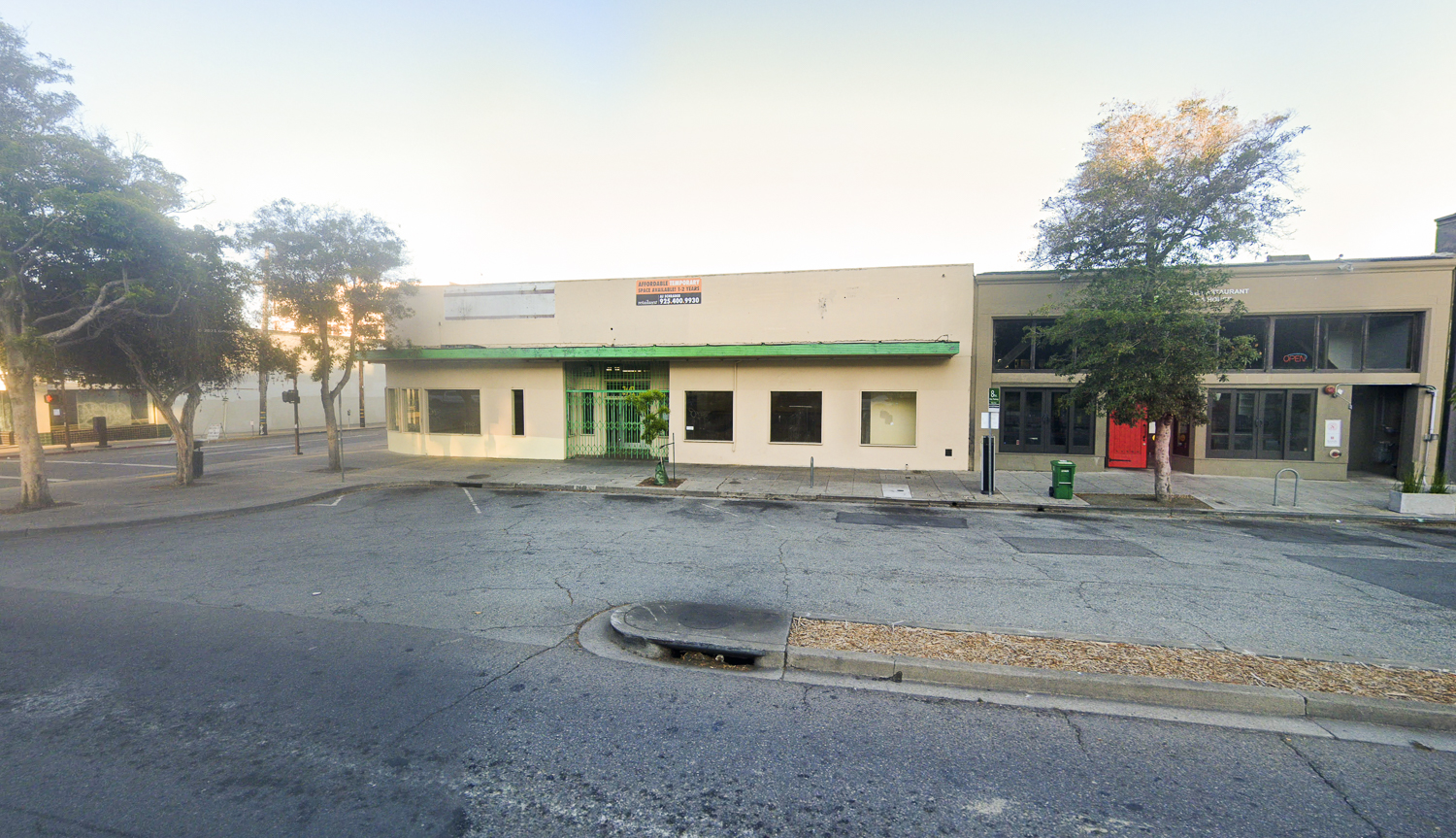 The Design Review meeting is scheduled to start today, Thursday, April 21st, at 7 PM. For more information about the event and how to attend, see the meeting agenda here.

Be the first to comment on "New Renderings for 2440 Shattuck Avenue, Downtown Berkeley"