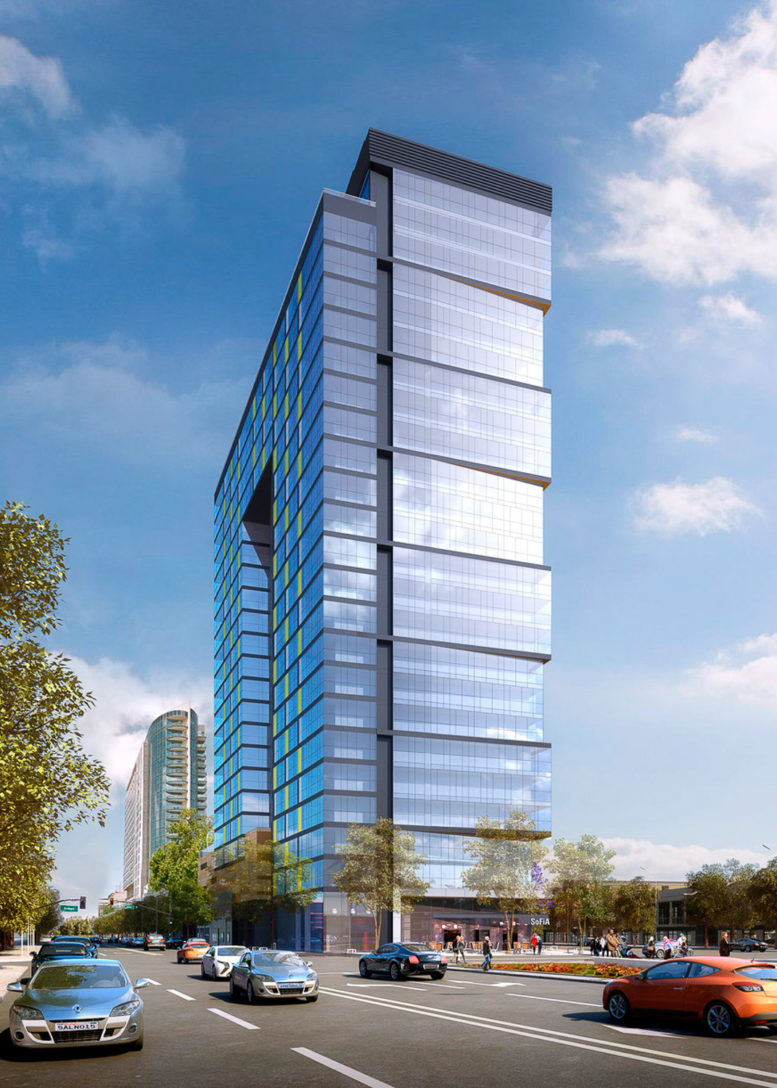 The 262-foot tall building will yield around 300,000 square feet. The rent prices will offer a mix of affordable housing for various incomes. Units will start for households earning as little as 30% of the Area Median Income, while the highest income bracket will be for households earning around 120% of the Area Median Income. Amenities will feature on-site, including a gym, community room, and a garden.

The property is located on the southern end of a narrow block, bound by Market Street, South First Street, and William Street. Residents will overlook Parque de Los Pobladores. The property is also across from The Taft Apartments, a six-story residential project with 130 units.

Chris Neale, President of Core Companies, said of the progress with Gateway Tower, “the Core Companies is thrilled to deliver another affordable housing project in Santa Clara County.” The other notable project that Neale’s firm is working on is Agrihood, which has seen concrete rising on-site.

According to reporting by George Avalos of the Bay Area News Group, Santa Clara County recently provided the $18.2 million property purchase loan to Core Companies, with a $64 million construction financing loan expected to follow up later from the 2016 Measure A Affordable Housing Bond.

According to the press release by the developer and Santa Clara County, “Core Companies will work to secure necessary permits and the remainder of the financing through tax credits and bonds through the State of California.”