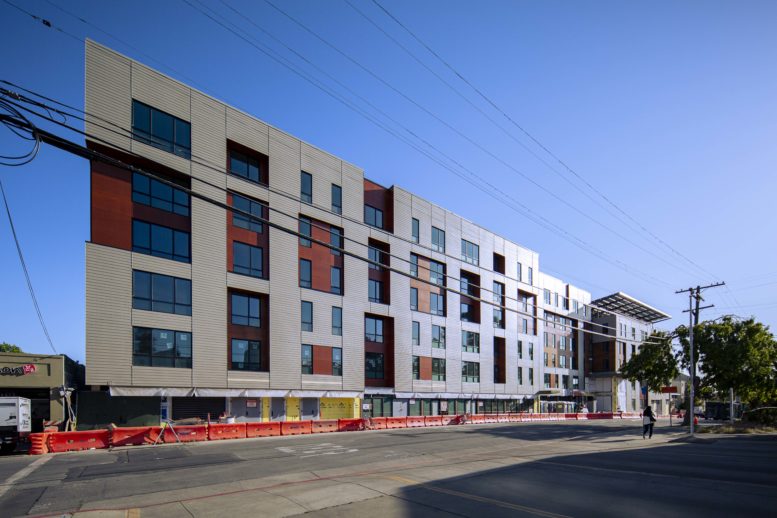 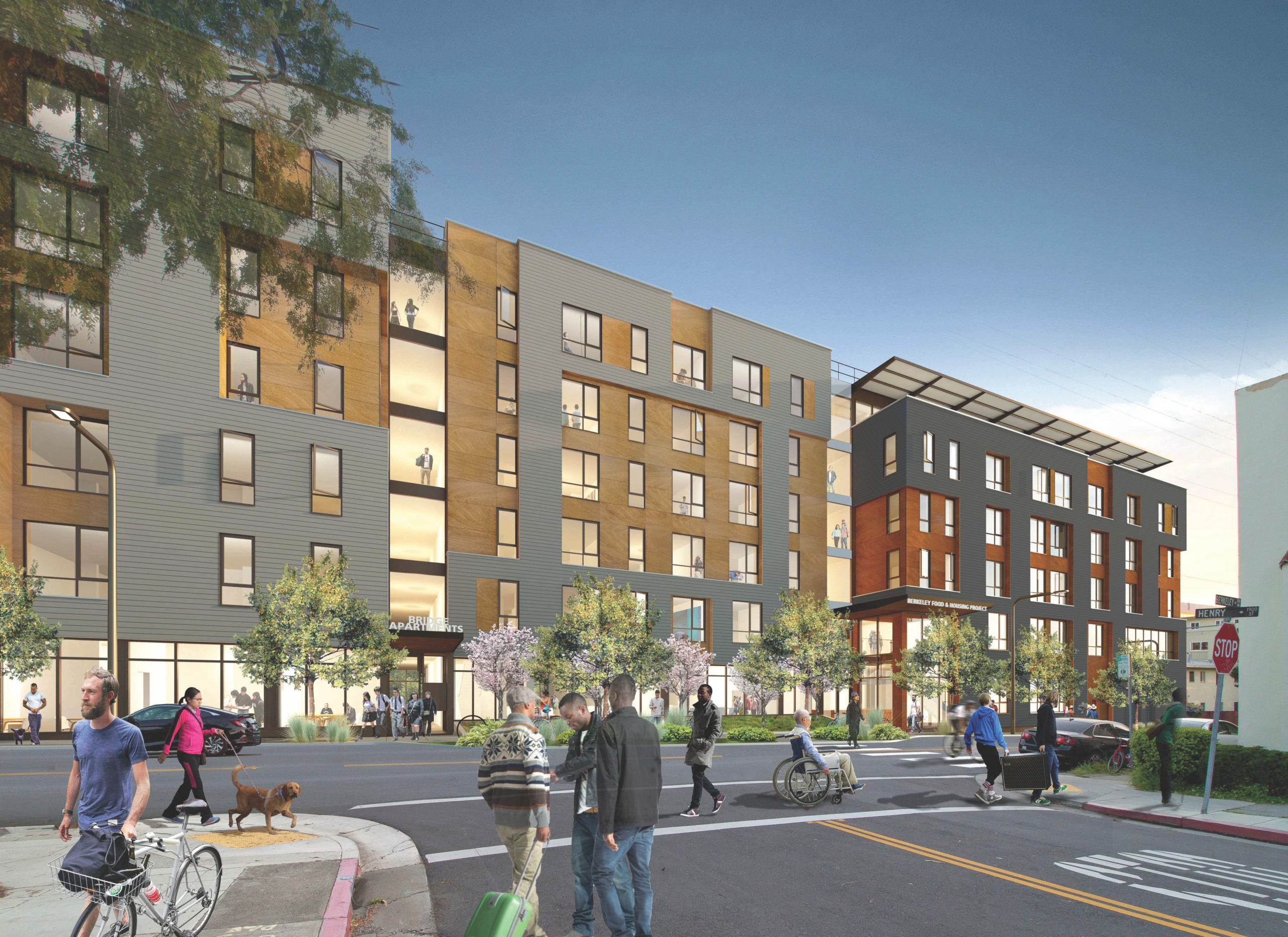 The six-story structure yields 138,950 square feet with a range of indoor and outdoor amenities. The property will include 142 homes and 44 beds in a shelter for homeless men and veterans. Of the 142 homes, 89 will be affordable apartments ranging from studios to two-bedroom units, and 53 will be permanent supportive housing studios. Apartment amenities will include a play area, lounges, and an on-site edible herb garden. 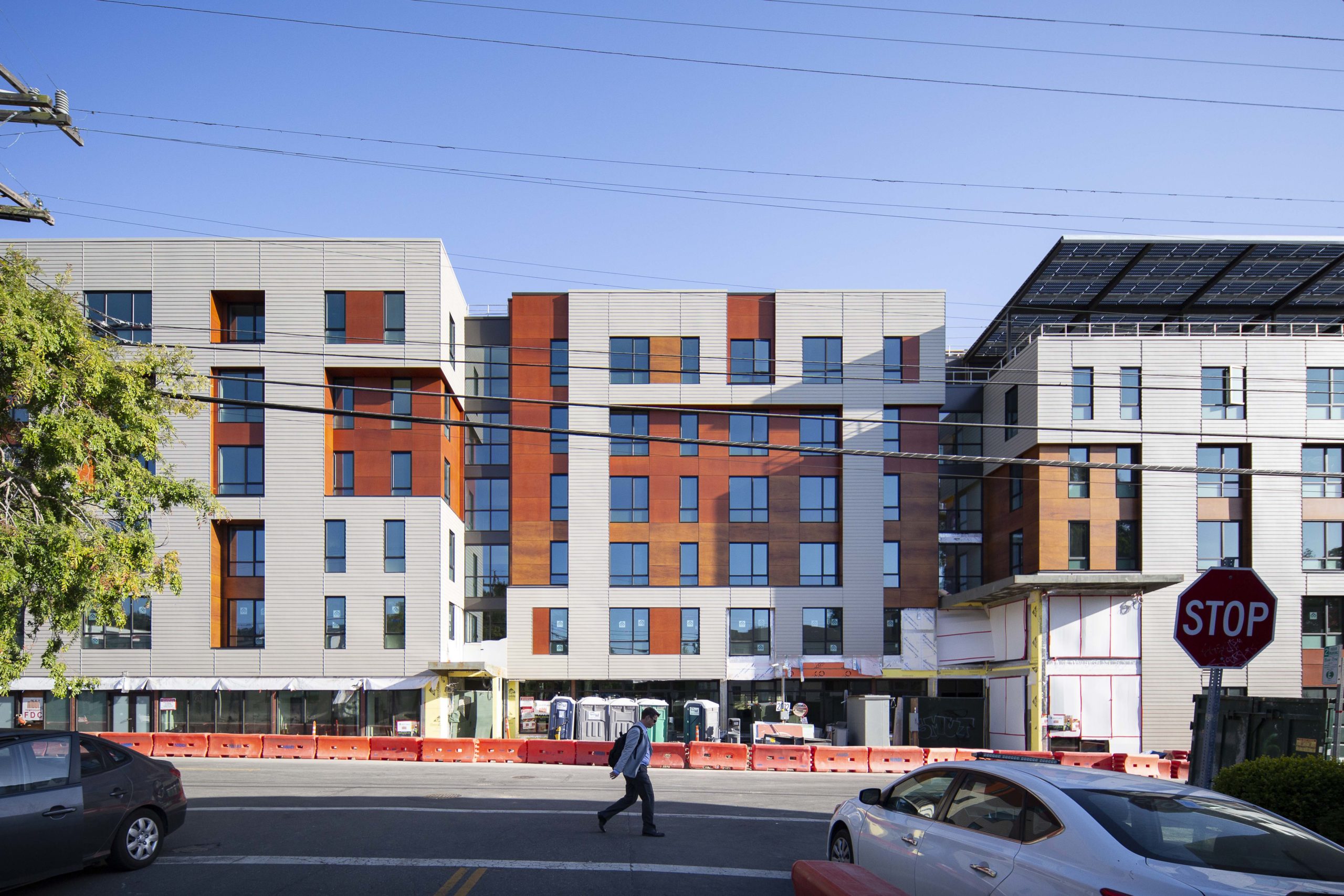 Leddy Maytum Stacy Architects is responsible for the design. The exterior is articulated with different materials and setbacks to visually minimize the structure’s overall scale. Once complete, landscaping will be included along the sidewalk.

The project has been in the works in the city for around two decades of meetings, obstacles, and eventually approval, construction started in July of 2020 to replace the former city-owned parking lot. Nibbi is the project general contractor, estimating construction to cost around $71 million, while the whole project is estimated to have cost $120 million. The development aims to achieve LEED Gold certification. 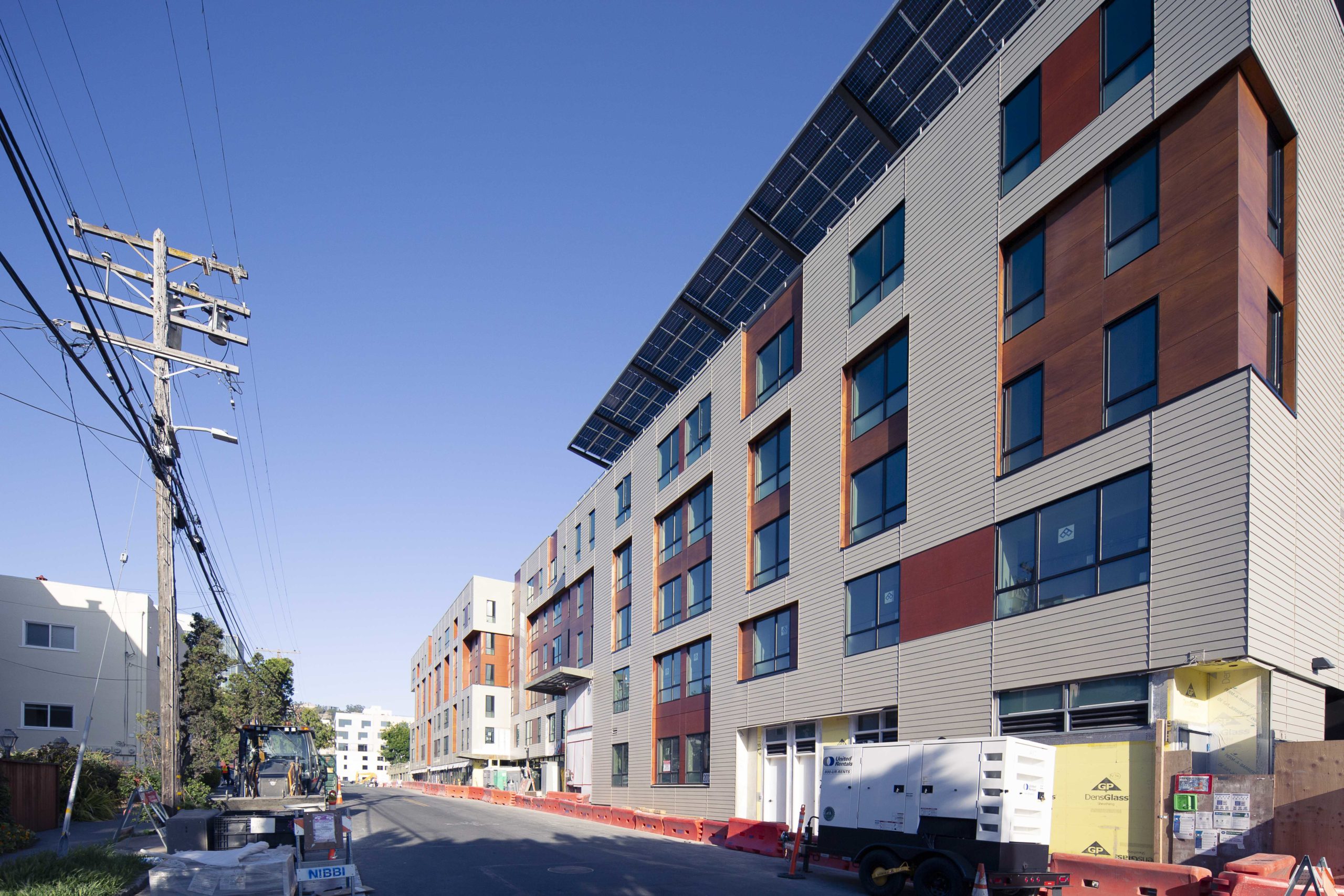 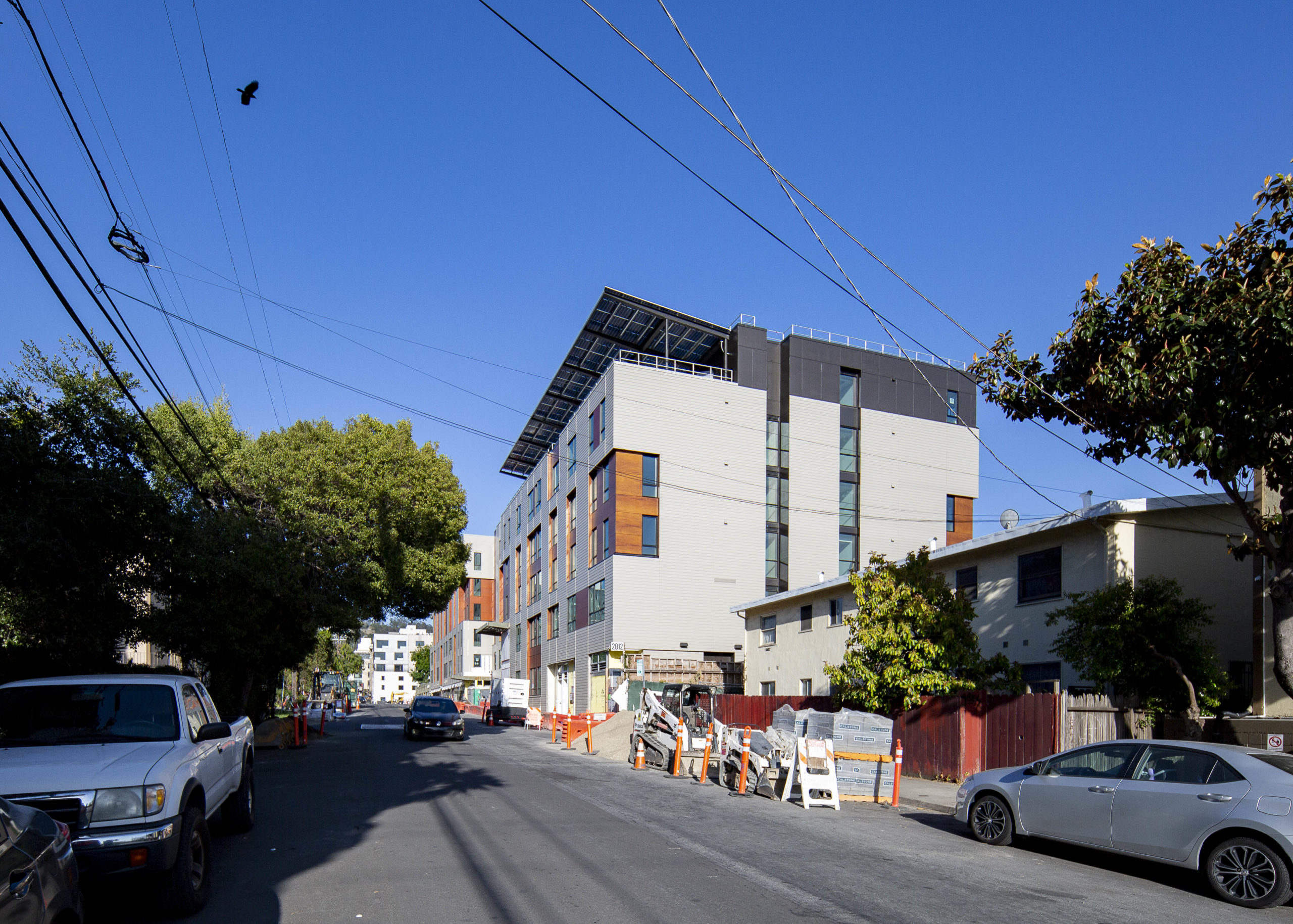 Online applications for the affordable units have already closed in late February of this year, with prospective residents randomly picked and informed by BRIDGE in mid-March. Of the 89 apartments, 22 will receive subsidies from the Section 8 program.

2012 Berkeley Way is located in Downtown Berkeley, just two blocks from BART and one block from the UC Berkeley Campus.

BRIDGE Housing has confirmed with YIMBY that the project is expected to open up this summer.

Be the first to comment on "Construction Wrapping Up at 2012 Berkeley Way, Downtown Berkeley"