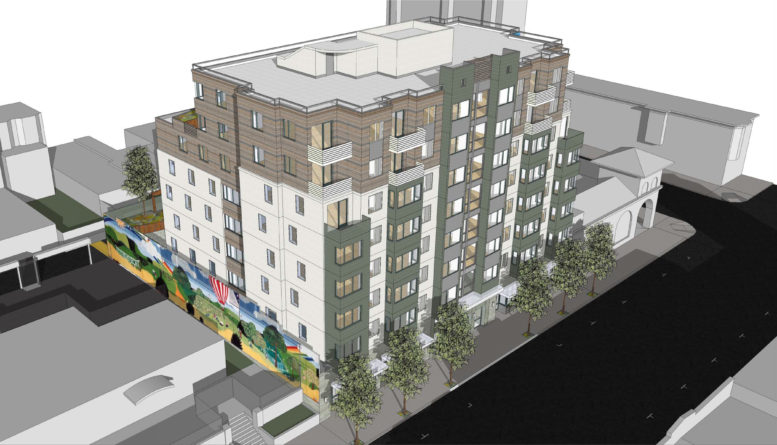 After years of lawsuits, a failed bid for historic preservation, and stalled efforts, San Francisco’s ‘historic’ laundromat has been demolished. The former single-story building at 2918 Mission Street in the Mission District is now poised to be replaced by new housing. The city has already approved permits for an eight-story mixed-use infill. 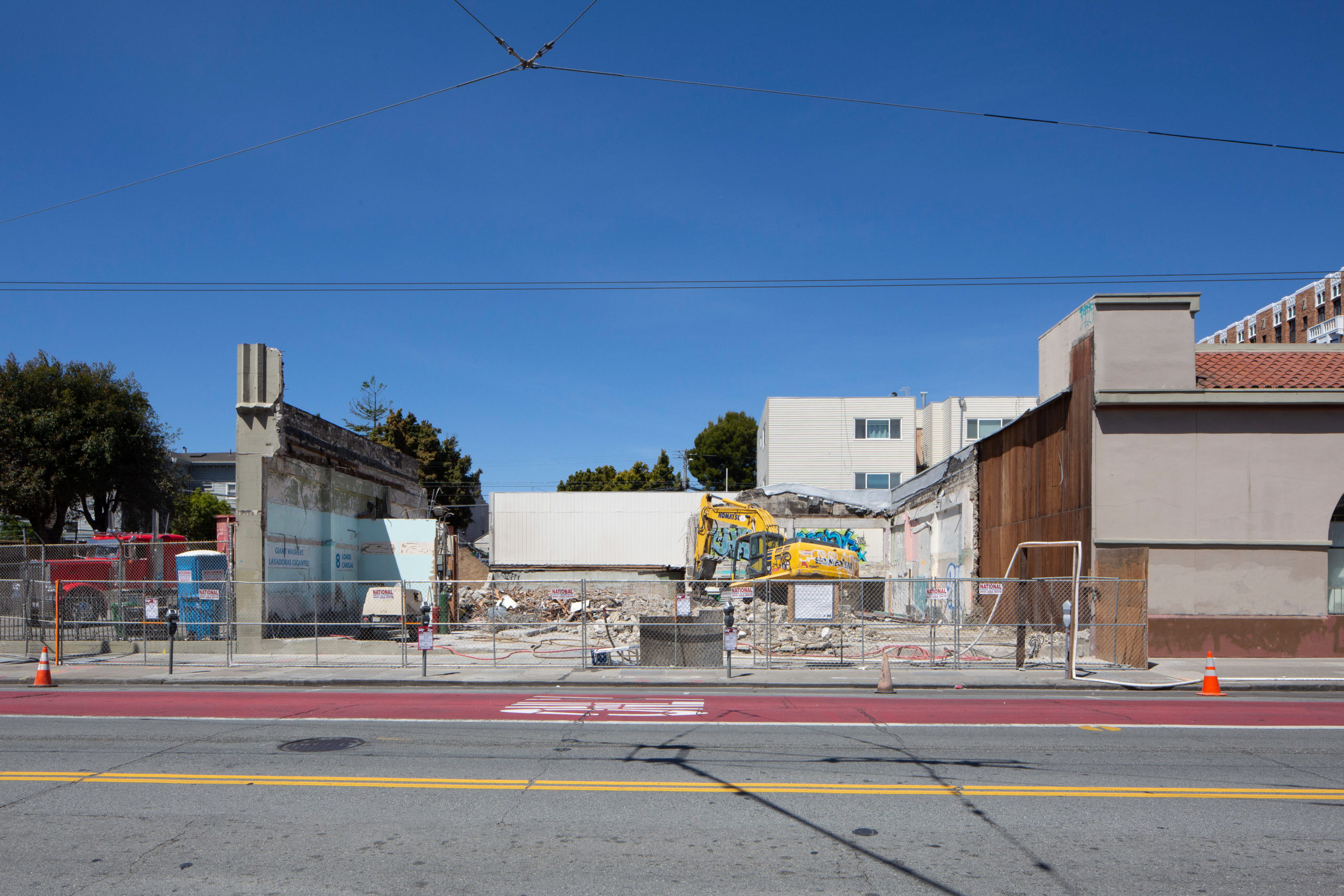 The proposal, pushed through the city by former property owner Robert Tillman, used the State Density Bonus program to add more housing. The proposal will rise 84 feet to yield 67,070 square feet with 59,000 square feet for housing, 6,960 square feet for retail, a second-level communal deck and private terraces on top of the podium, and private balconies across the rest of the building. 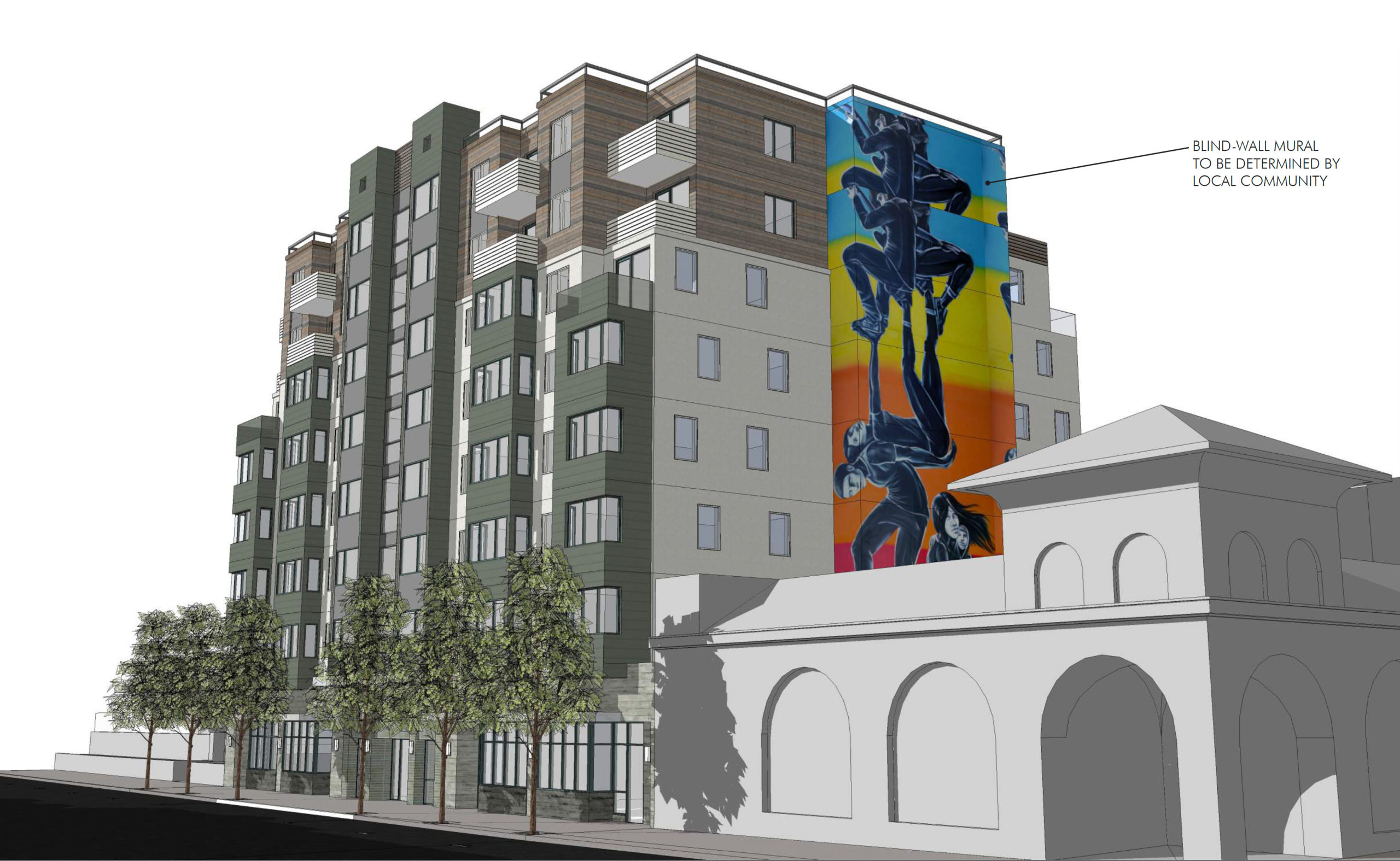 Gould Evans is responsible for the design, which embellishes the podium-style structure with local architectural vernacular. The exterior will feature bay windows and setbacks on top of a tile-clad podium. A proposed mural would rise along the structure’s north wall above an existing building, facing the nearby 24th Street BART Station. A mural artist has not yet been chosen.

The appeal to preserve 2918 Mission Street was filed by Calle 24 Latino Cultural District Council. While the attempt to keep the property was surprising, the foundation for the appeal was not to preserve the laundromat but rather because it was a workspace for many activist organizations in the Mission. The organizations included the Mission Hiring Hall Inc., Mission Housing Development Corporation, Mission Model Neighborhood Corporation, Mission Childcare Consortium Inc., and Mission Community Legal Defense Fund. 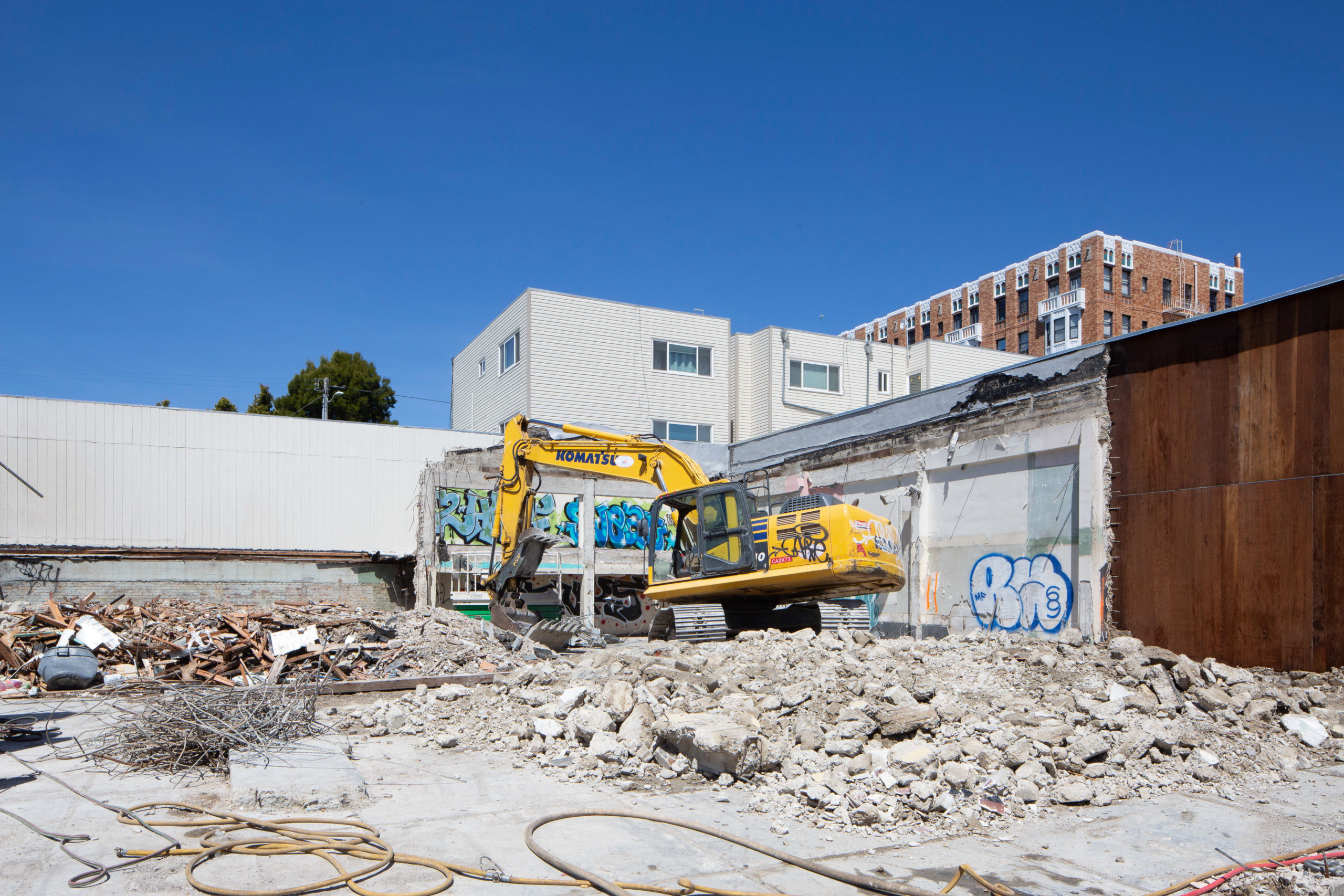 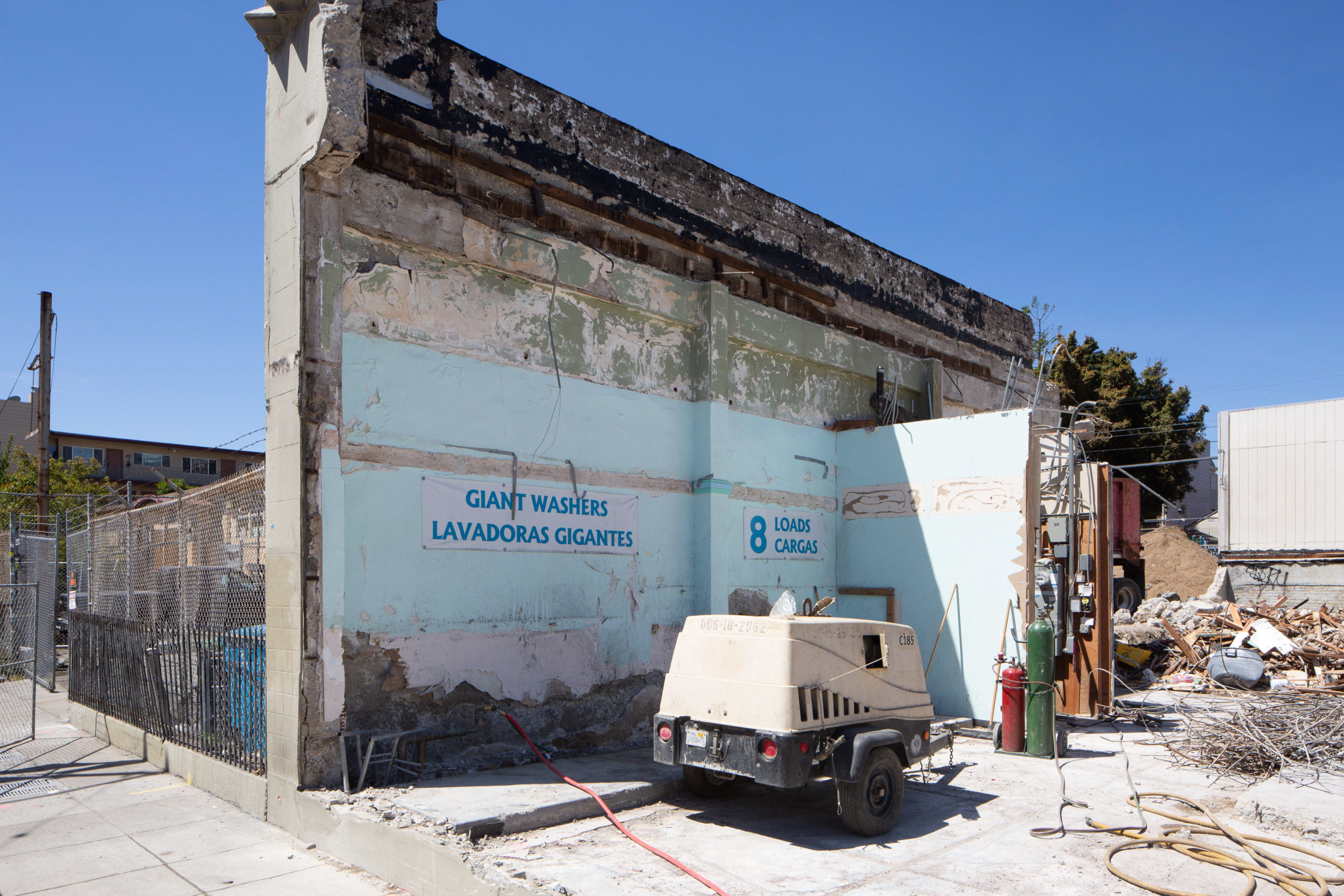 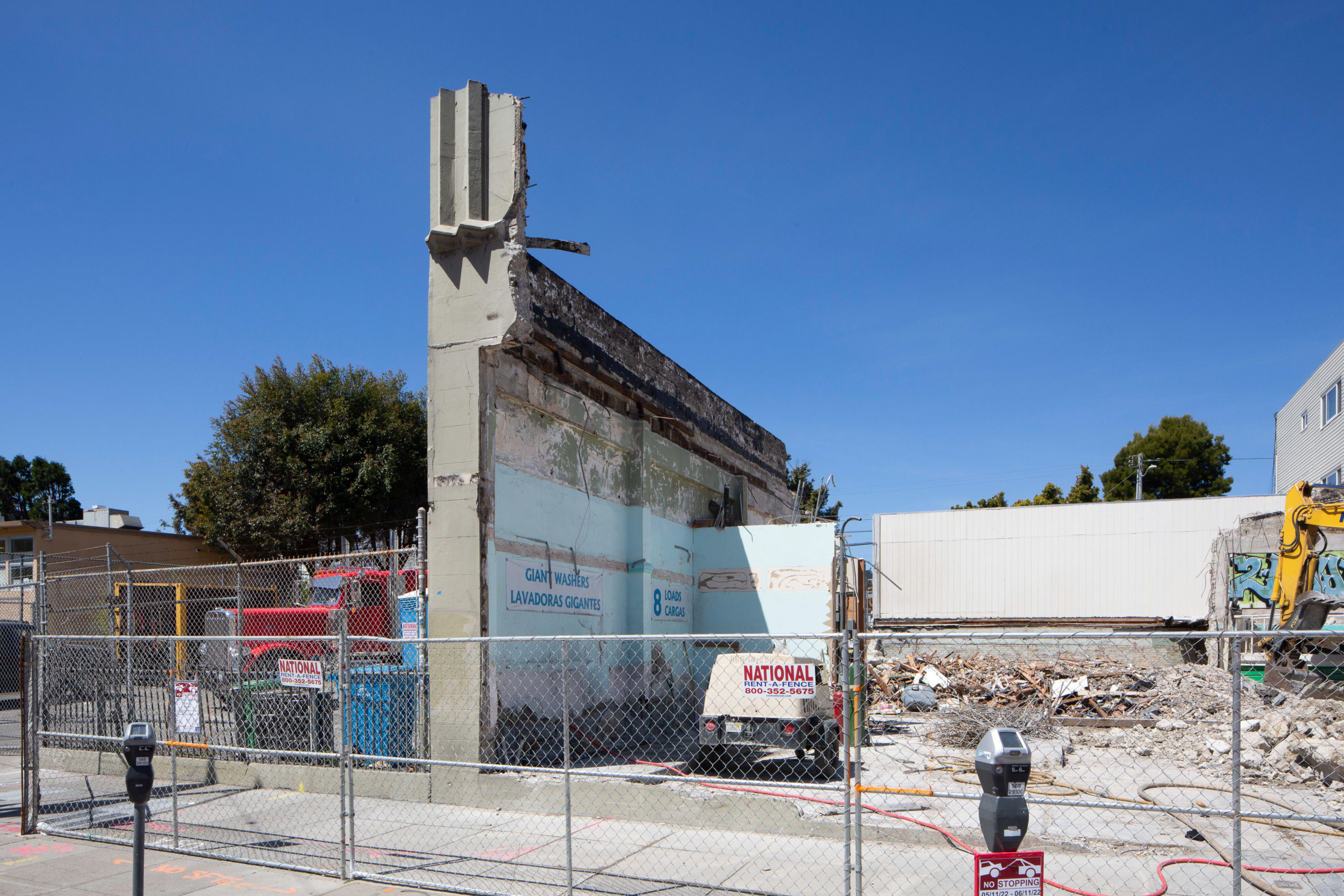 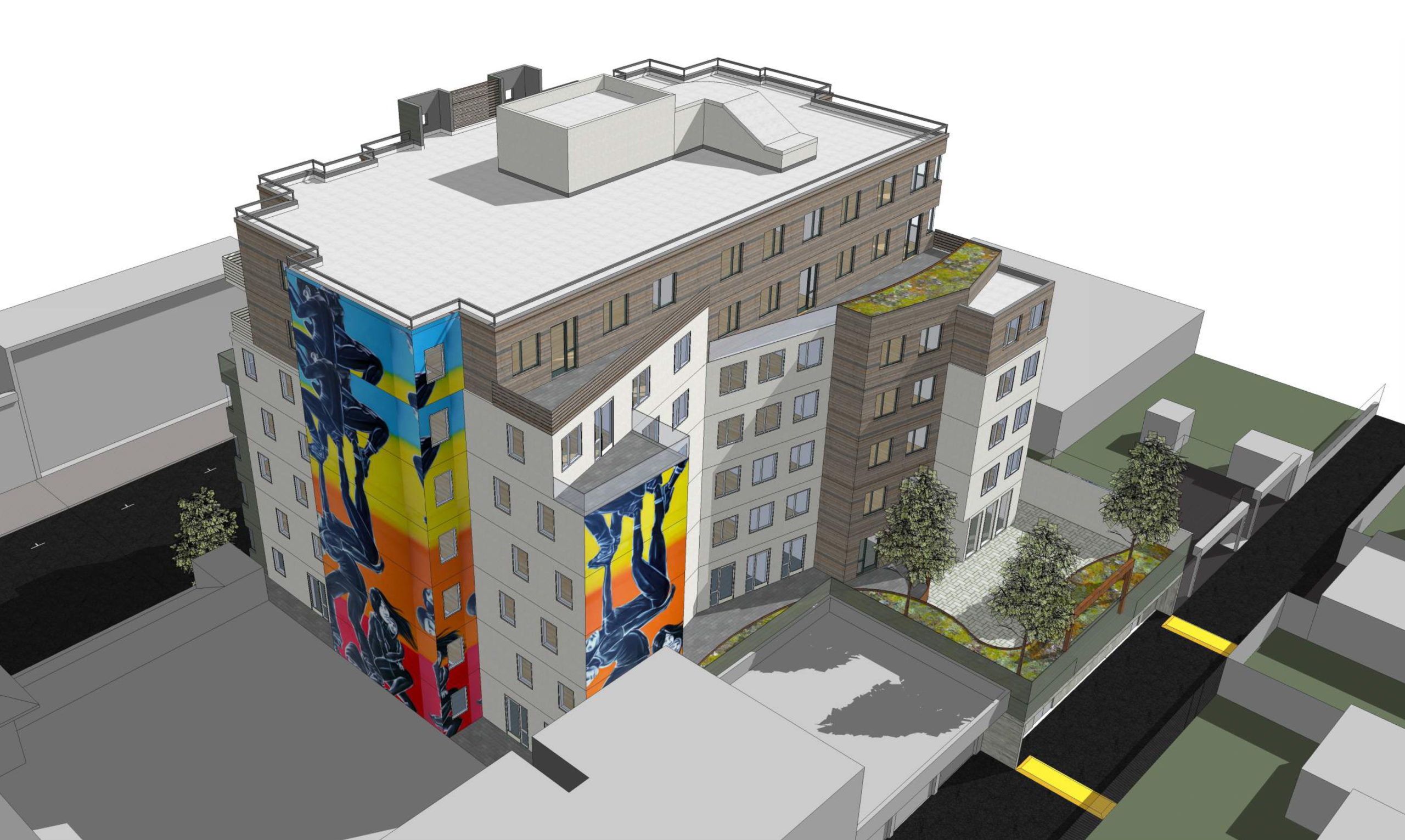 The lengthy Historic Resource Evaluation by the San Francisco Planning Department, found here, concluded that the former structure was not eligible for preservation. The documents declared that while the property “is significant under the California Register of Historical Resources Criterion 1 for events, it lacks sufficient integrity to convey its identified historic significance under Criterion 1 and, therefore, is not eligible for listing….” 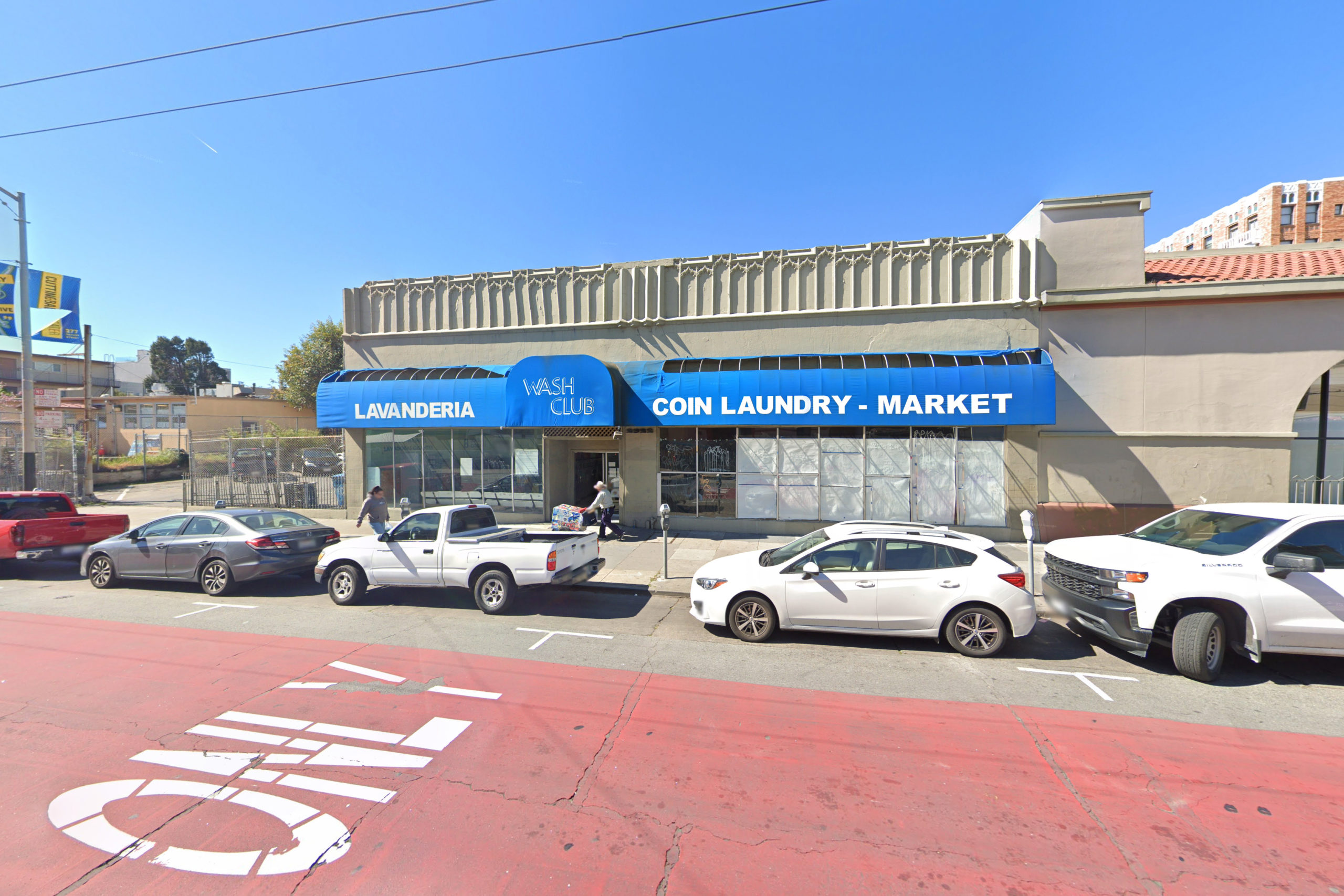 The demolition permits were issued in early April of this year. With crews now in the demolition process, it remains to be seen if the current property owner, Maximus Real Estate Partners, will build the approved permits entitled by Robert Tillman or file a larger proposal using the recently-passed 50% State Density Bonus Laws. YIMBY has reached out to Maximus for comment and has not received a reply as of the time of publication.

A timeline for excavation and construction has not yet been established.