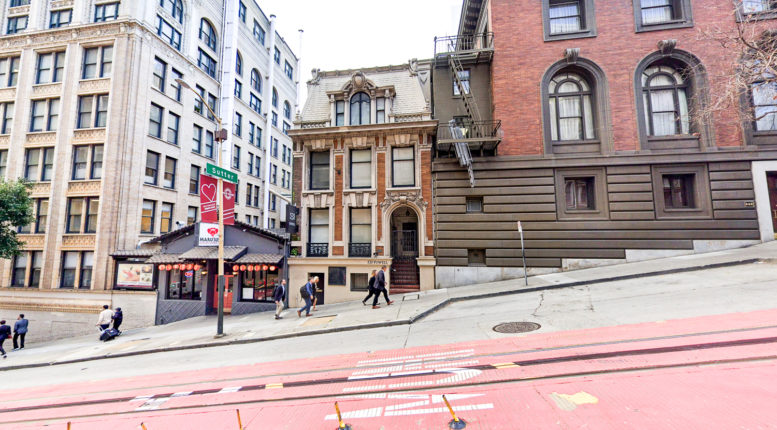 New plans have been filed for the George Perine House, a Second Empire building at 535 Powell Street in San Francisco’s Union Square neighborhood. The project would reshape the three-story commercial building with six new rental apartments. Minor exterior work would retain the building’s historic facade. USL Property Management is responsible for the application. 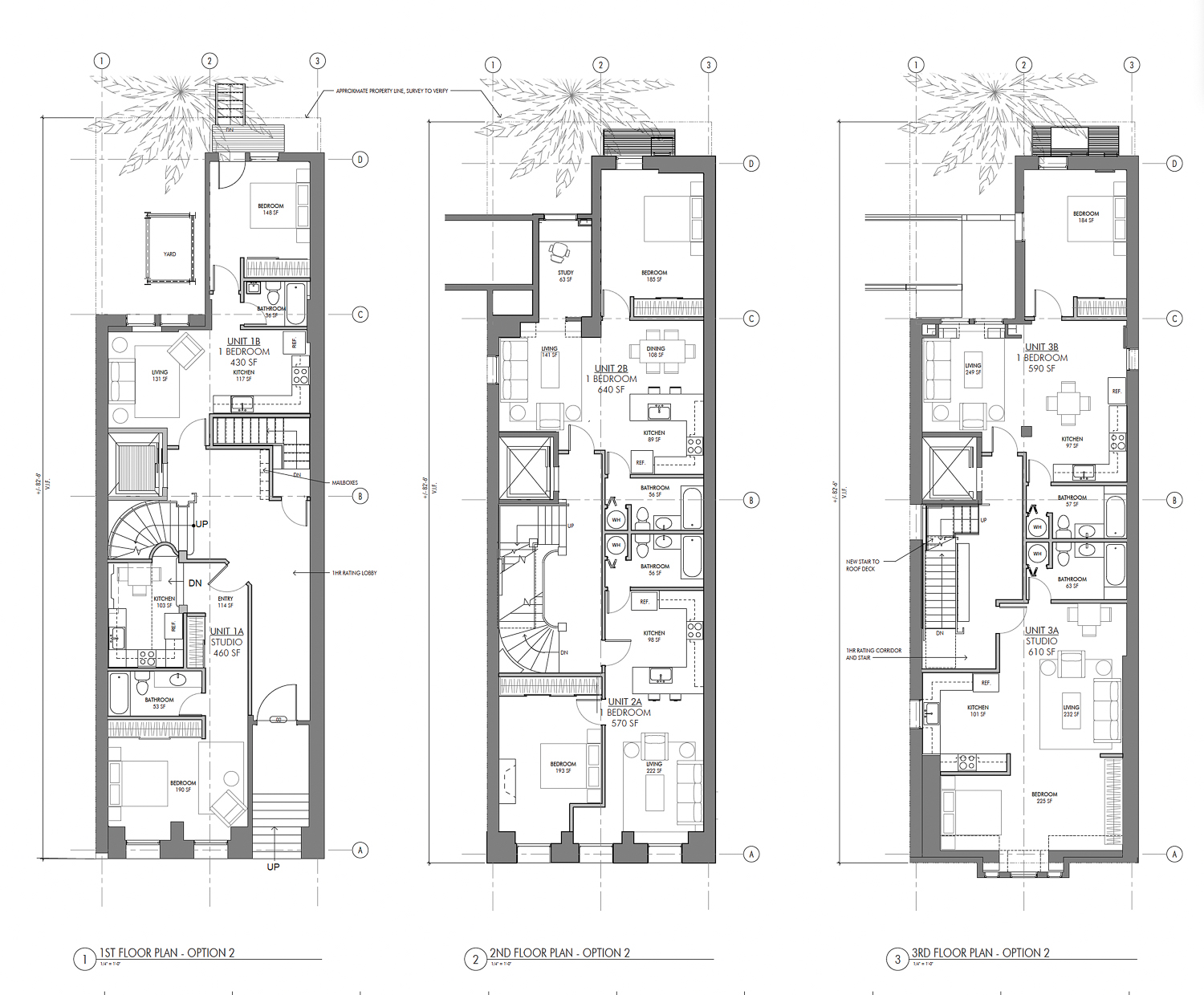 The structure was built in 1911 with the design by Conrad Meussdorffer. The exterior is clad with bricks, granite, and painted terracotta. The property was the subject of a short historic resource review by the city in 1976. From this review, city staff wrote the following description:

“A rare and very late example of a Second Empire Style house which would be notable anyplace in San Francisco and is particularly so as the only structure left downtown which was built as a single-family residence. It is entered through an ornate arched entranceway with carved garlands and volutes, its windows are capped by flat arches with massive stone voussoirs, and it is crowned by a mansard roof with a richly embellished Palladian dormer.

“Despite its size and original purpose, it ably holds its own on the street by virtue of its fine materials and assertive details. The house was originally built for George M. Perine. According to Here Today, it was then bought by Frank Daroux, a gambler and Republican political boss of the Tenderloin, for his bride Tessie Wall, ‘a prominent madam.’ Tessie, ‘who said she would rather be a lamp-post on Powell Street than own all of San Mateo County,’ shot Frank in 1917 after they were divorced.”

The building contains 5,400 square feet, of which 3,300 square feet will be converted to housing with two studio units on each floor. Unit sizes will vary between 430 to 610 square feet. The basement will include storage, a laundry room, and utility space.

dsk Architects is responsible for the project architect. MEP Engineering work will be required with the conversion. 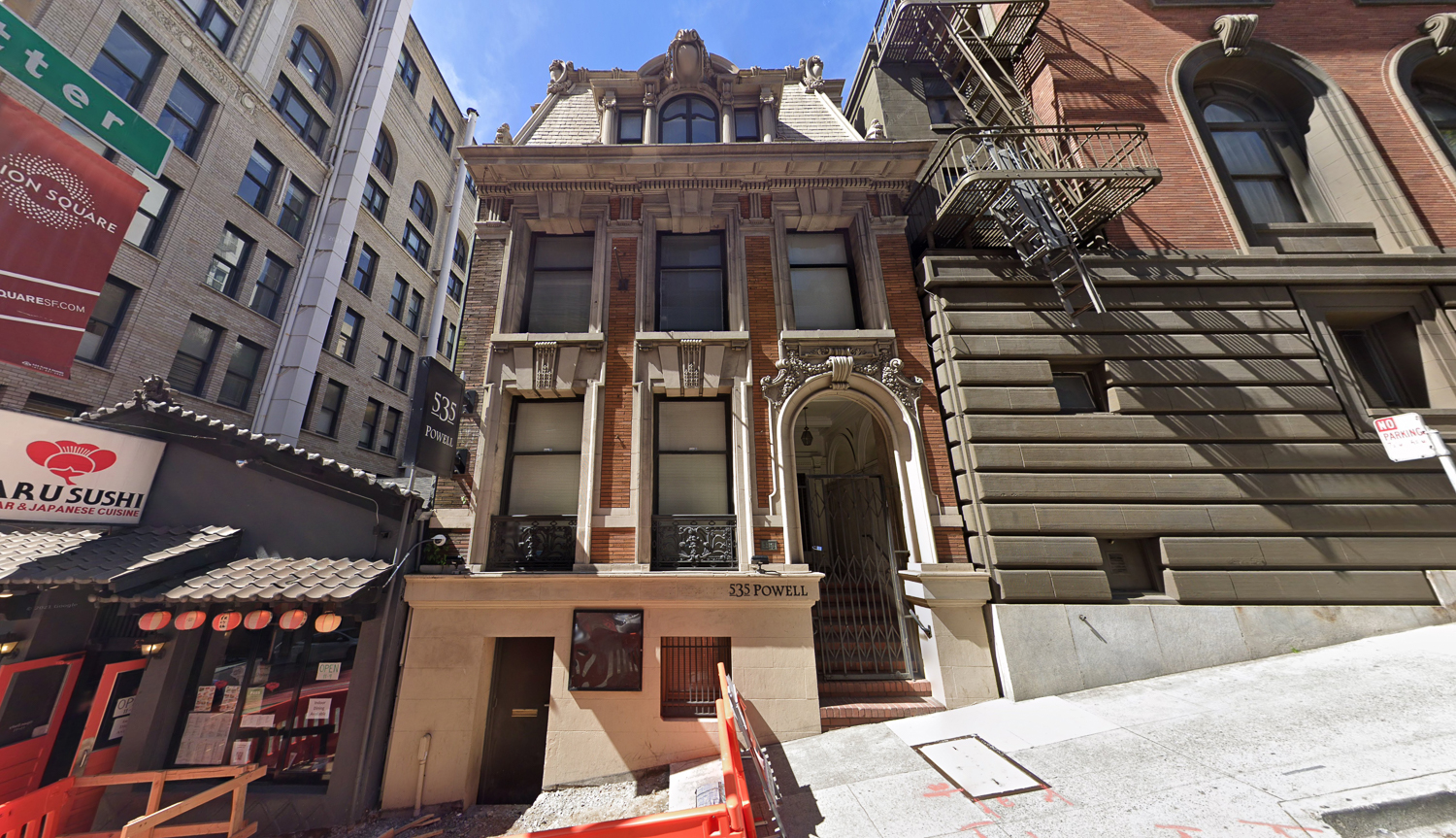 The property is between Bush and Sutter Street, a block and a half away from the Union Square public park. An estimated timeline for construction and completion has not yet been established.