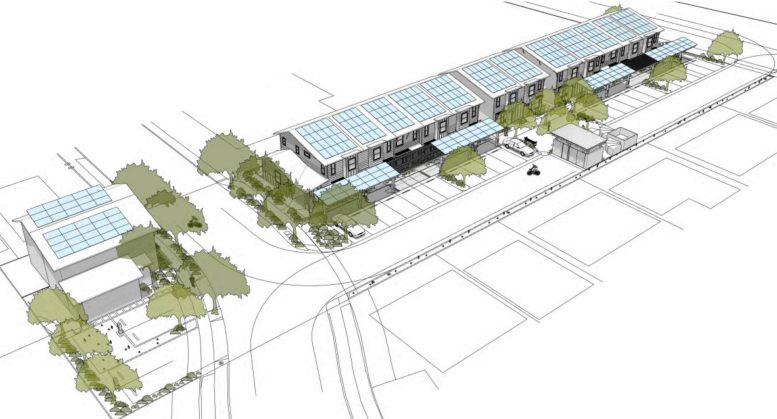 A new residential project has been proposed at 101 South Jackson Avenue in San Jose. The project proposal includes the development of 14 townhomes. The project site will be subdivided into 16 lots. The permits also request the removal of two ordinance-sized trees on the site.

Habitat for Humanity is the project developer. Jett Landscape Architecture + Design is the landscape architect. 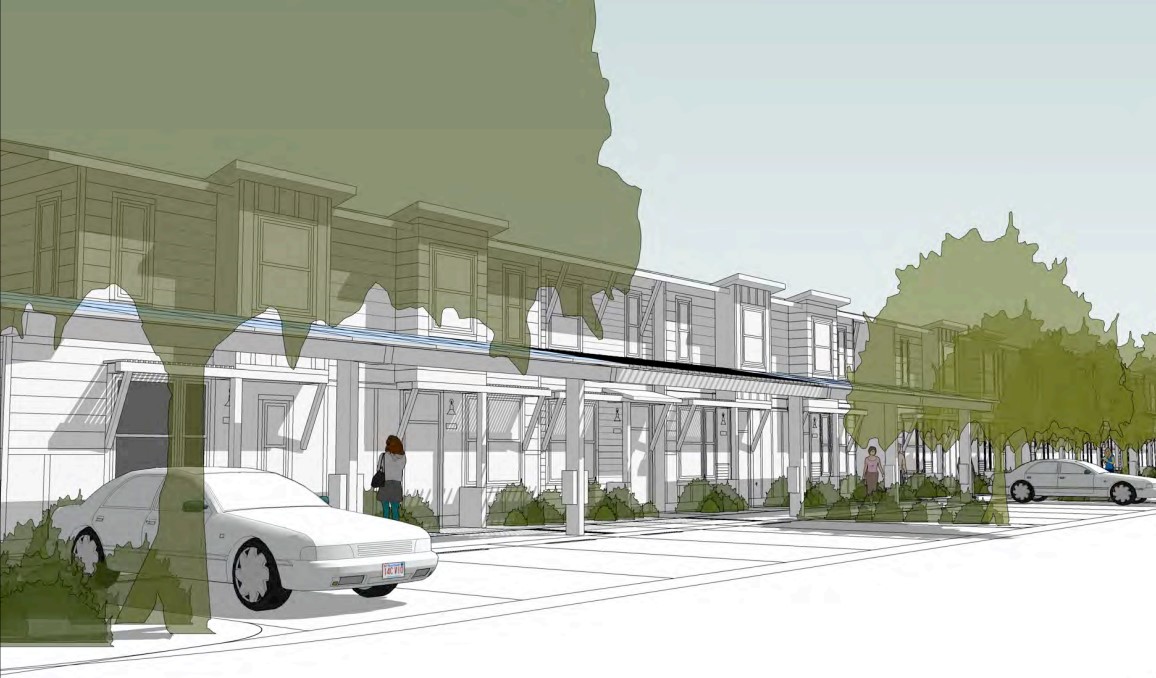 Accessible via private driveways, a total of 26 surface parking spaces will be provided on site. Two lots for common areas will include parking, landscaping, and a trash/recycling. The 14 residential lots range from 787 square feet to 1,574 square feet.

Permits have been submitted and are pending review. A public hearing has been scheduled today at 6:30 PM, details of joining can be found here.

The project site sits on the westside of South Jackson Avenue between Woodset Lane and Portico Court, within half mile of Alum Rock and Jackson 522 BRT Station.