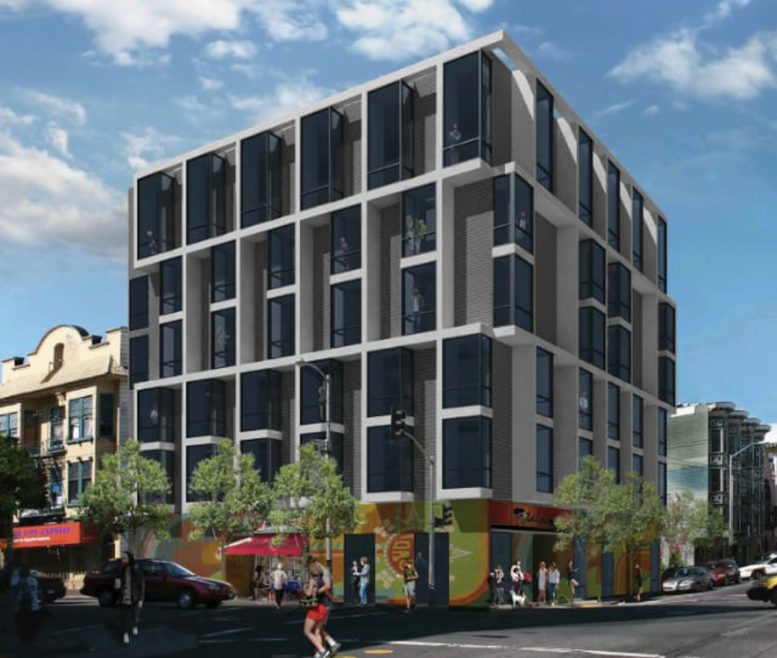 Permits have been filed to demolish a single-story commercial building at 2100 Mission Street in the Mission District, San Francisco. The submission is taking place just four months after the Toboni Group took control of a decades-old project for a six-story residential building at the address. The date of demolition has not been announced. 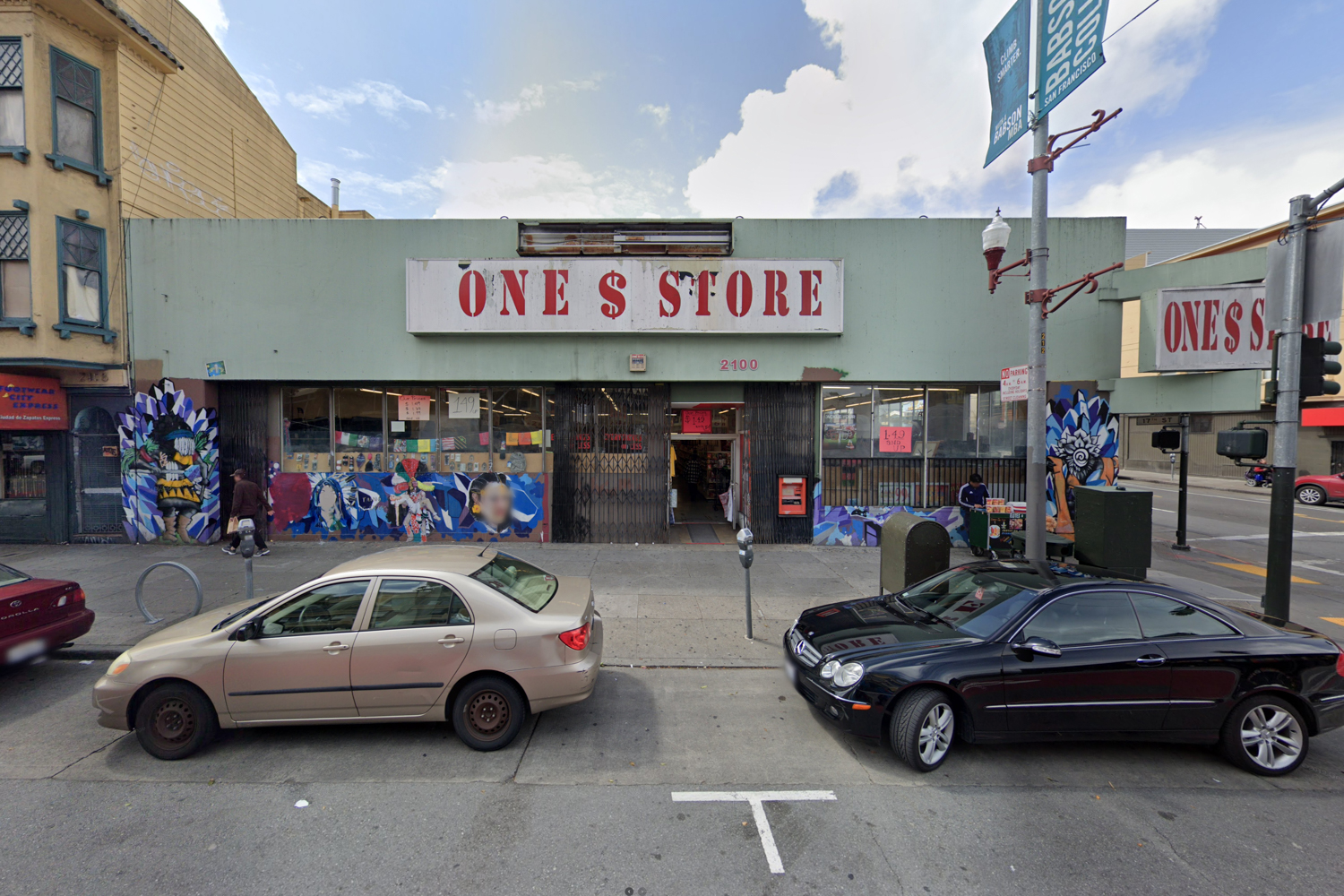 Incredibly, this project has been over a decade in the making. May of 2009 is when the original developers filed their first 29 unit proposal, and then again four months later. The SF Planning Department still lists the September filing as under review. Developers filedd new building permits in 2014 for a 27 unit six-story structure, with next permits filed this month to demolition the single-story commercial structure. 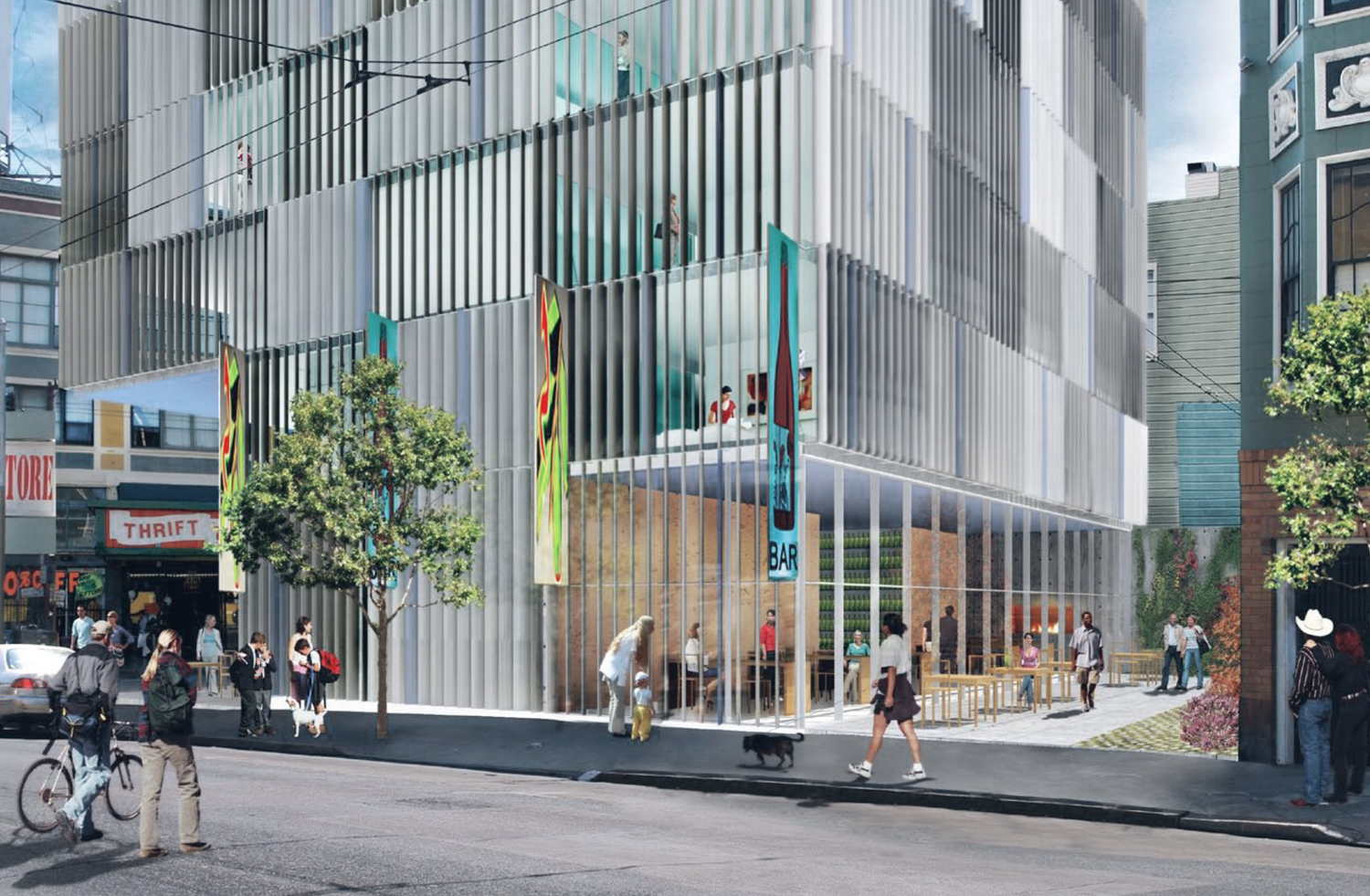 The 27-unit proposal yields over 20,000 square feet of leasable space, including 2,600 square feet of commercial space on the ground floor. Of the 27 future homes, 12 are one-bedroom, nine two-bedrooms, and six three-bedrooms. Residents will also benefit from an accessible rooftop deck with views of the city’s skyline.

Stanley Saitowitz and Natoma Architects are responsible for the design. The Toboni Group have not announced their estimated completion date. If demolition can be soon, then construction will likely occur before mid-2021.

Be the first to comment on "Demolition Permits Filed for 2100 Mission Street, Mission District, San Francisco"

Looking towards Lower Manhattan from the Meatpacki