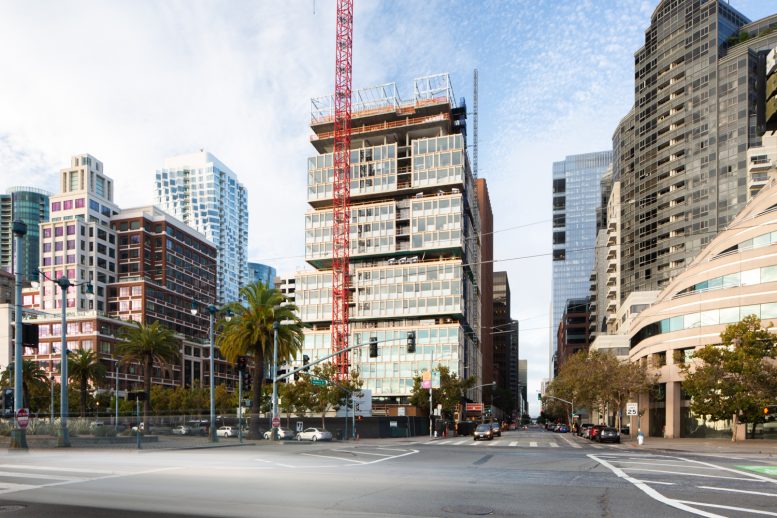 The SOM-designed One Steuart Street has reached its 220-foot pinnacle, looking over the Embarcadero. Located in the East Cut portion of SoMa, the new residential tower plans to offer unique listings for the ultra-wealthy who might otherwise look for single-family houses in the city’s outskirts. Now that construction has topped out, the project is fast approaching completion and occupancy. 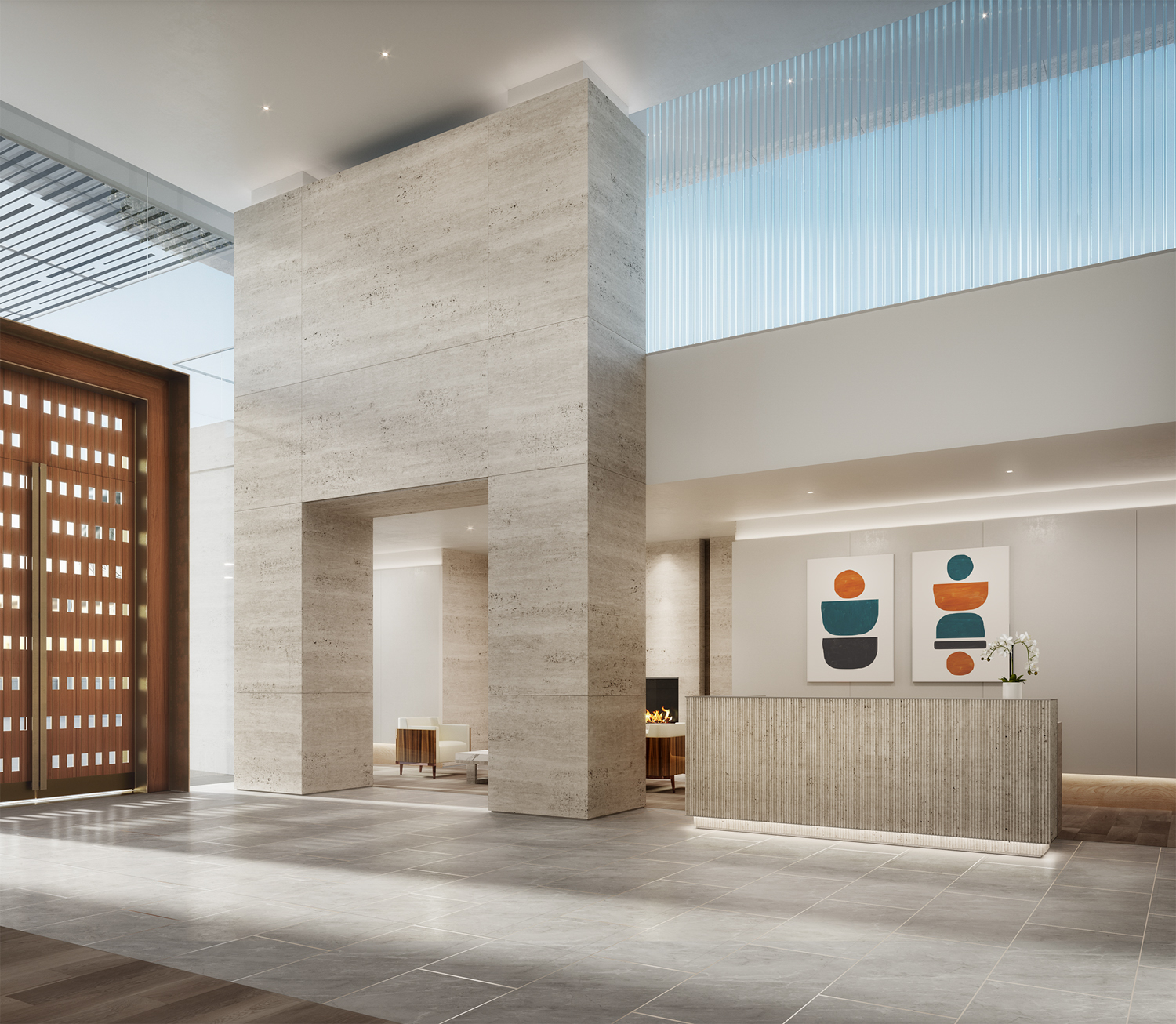 With no other high-end towers planned for construction along the city’s waterfront, this will be the only of its kind to open up in years. The developers Paramount Group and SRE Group Ltd. announced the topping out at twenty floors. For the event, Senior Vice President of Asset Management at Paramount Group, Chris Brandt, said, “It has been an incredible journey realizing the architectural masterpiece that is One Steuart Lane… The project mirrors the city of San Francisco by being firmly rooted in a sense of place with effortless simplicity and authenticity.”

Craig W. Hartman, Senior Consulting Design Partner at SOM in San Francisco, said of the tower, “the architectural massing of the building, along with its unparalleled site delivers landmark qualities. We are immensely proud to reach this milestone and draw closer to unveiling one of San Francisco’s most iconic residential towers.” 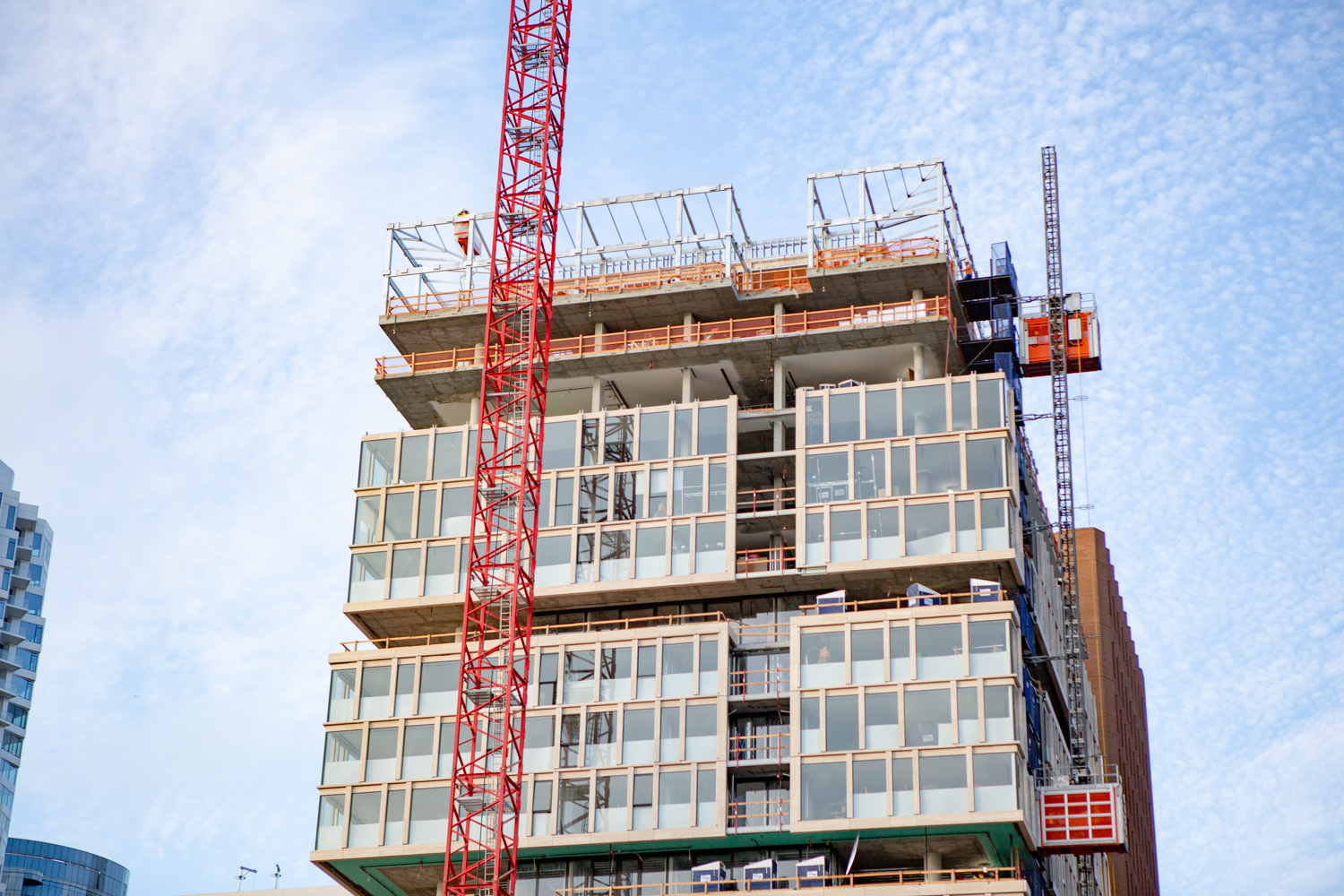 For the pedestrian, the project is already close to complete. While the structure may have only just topped out, facade installation is only three floors shy of the top. The building is composed of five masses cantilevered over what will become private terraces for twelve larger residences. The forty-foot wraparound terraces will give these twelve owners a more personal view of the Bay. An Italian travertine stone frames the curtain wall glass. The material is unique for the city. It is also worth connecting it with SOM’s 35 Hudson Yards in New York City, decorated with a Jura-limestone. 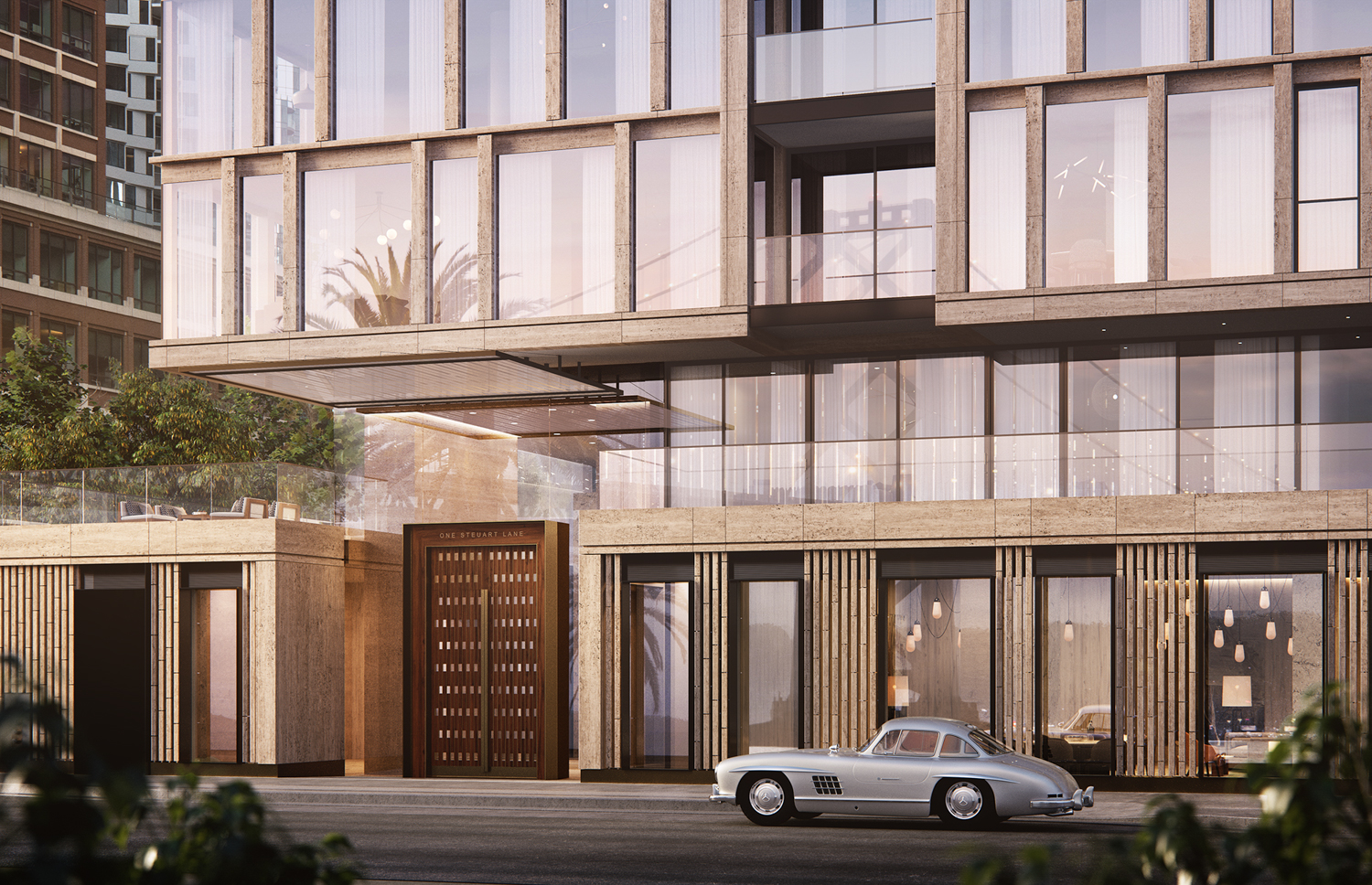 As with any ultra-luxury development, the project will contain a multitude of high-end amenities. There is a fitness studio with workout equipment, weights, and open-air exercise space. For those interested, there is a spa suite with a state-of-the-art shower system with massage jets. The developers are planning for a professional valet service to greet arrivals, along with 24-hour concierge and a full-time doorman. A second-floor lounge will connect to a grand dining room with an adjoining kitchen. 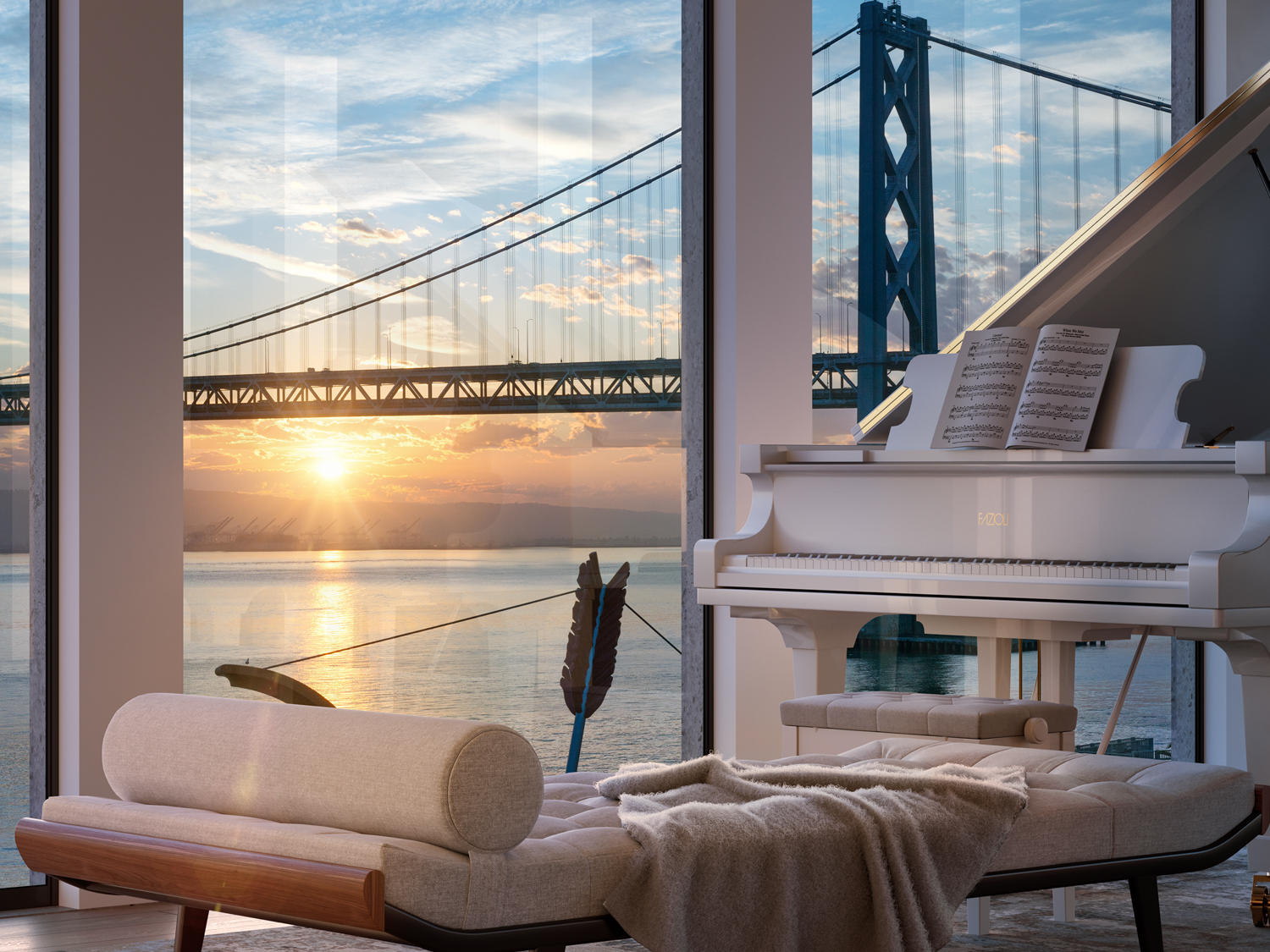 One Steuart Lane at morning, rendering by Binyan Studios, Creative Direction by Allis

One Steuart Lane will contain 120 units, ranging in average size from 900 to 3,100 square feet. Not to be outdone, four penthouse units will occupy up to 6,200 square feet each. The design will also allow around eighty percent of all residencies to have waterfront views. All front-facing unit will boast unobstructed views of the Bay Bridge and Ferry Building. 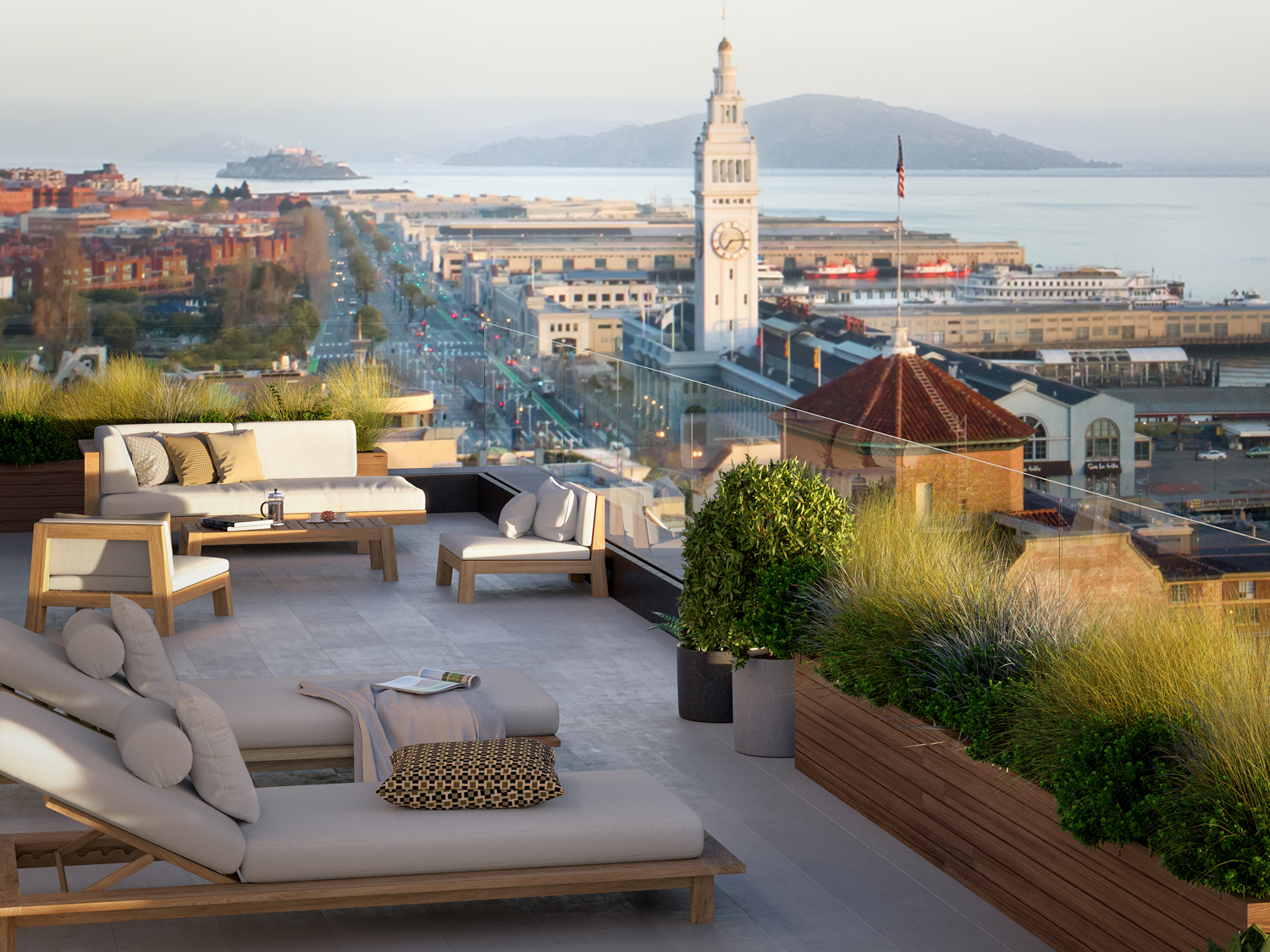 One Steuart Lane with Ferry Building in the background, rendering by Binyan Studios, Creative Direction by Allis

Skidmore, Owings & Merrill worked with Rottet Studio on the interior design. Their focus was to design a permeable environment for light and air. The floor-to-ceiling glass walls are retractable, while the glass itself was specially chosen for its ability to allow natural heating from sunlight in the famously chilled city. This, along with other energy-saving features, the building is expected to receive a LEED Gold certification. 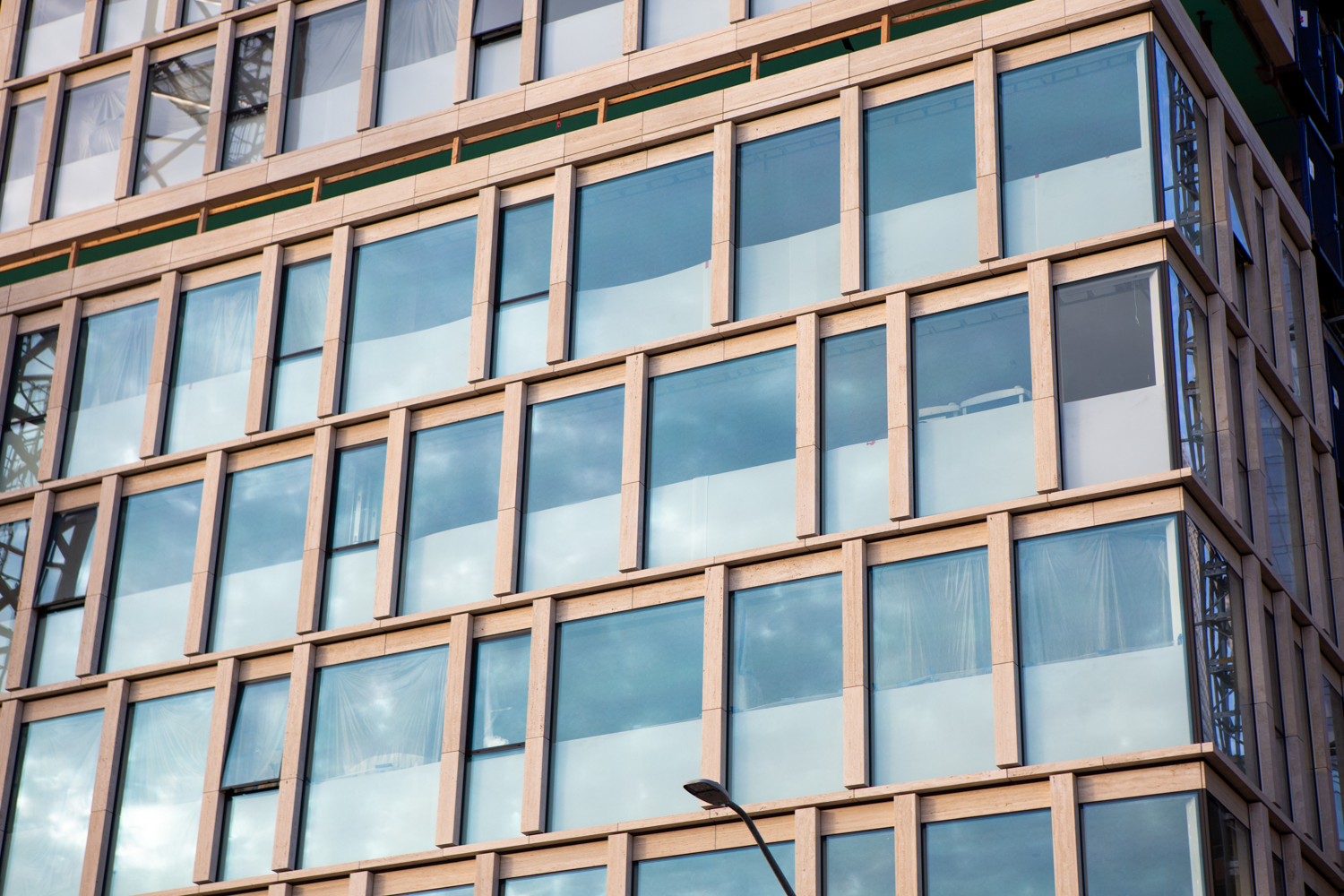 Public space will be curated by Rottet Studio to exhibit work by the European brands Molteni Group and LIAIGRE. Molteni Group is responsible for designing the white oak cabinetry that come with each unit.

4,500 square feet of retail space will be at ground level. The project has replaced a former parking garage. 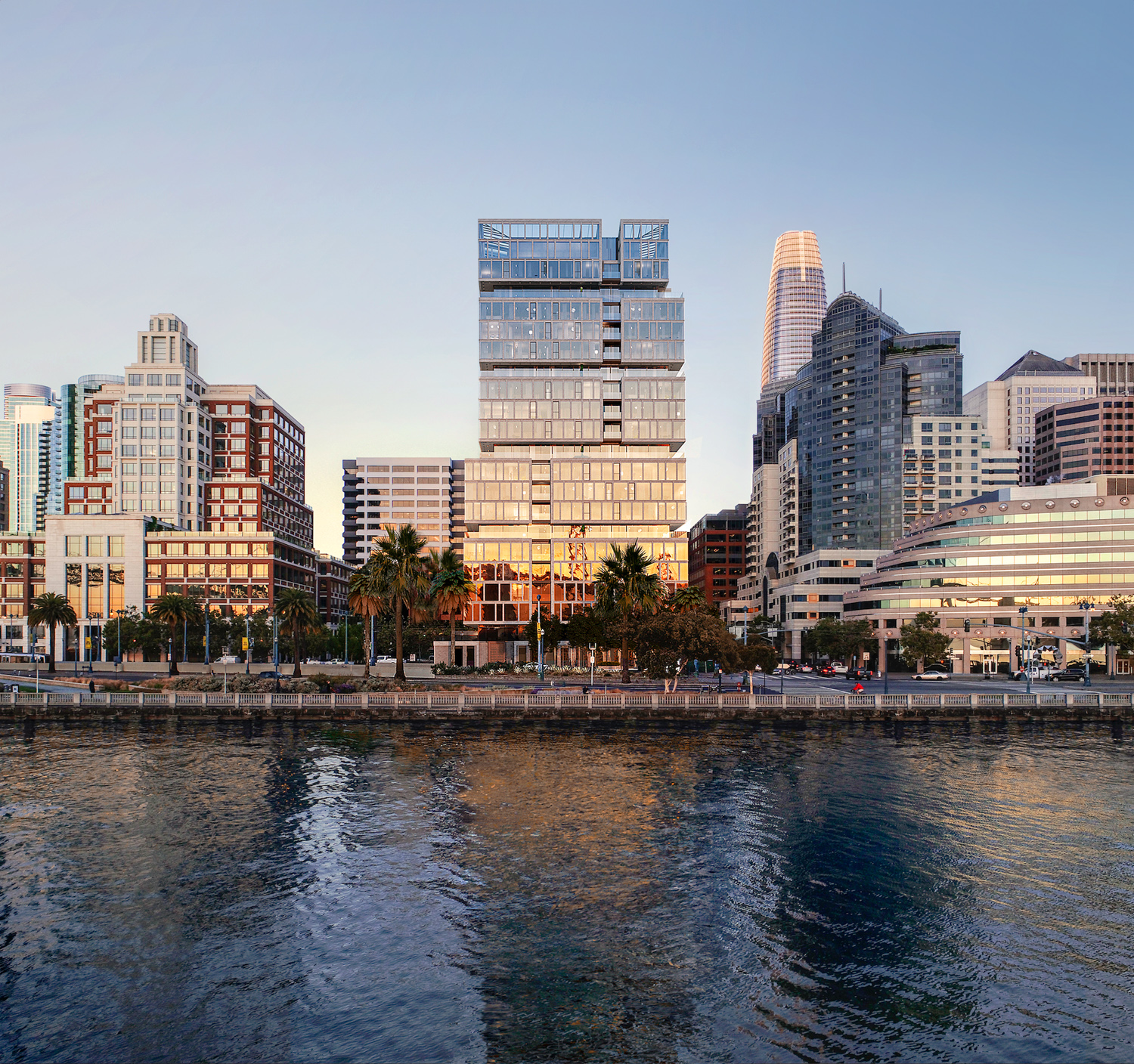 Be the first to comment on "SOM-Designed One Steuart Lane Tops Out, SoMa, San Francisco"