San Francisco Public Works has presented three options for new trash cans in the city. The new receptacles are to be distributed across the city, replacing the over 3,000 existing green bins currently in use since 1993. The proposes feature sleek silver designs intending to improve the ever-developing urban streetscape. A decision has not yet been made.

Each proposed bin will encourage recycling bottles and have eco-efficient fabrication to reduce the city’s resource consumption. Each container will have fastens that will prevent tampering and being tipped and spilled in the streets. 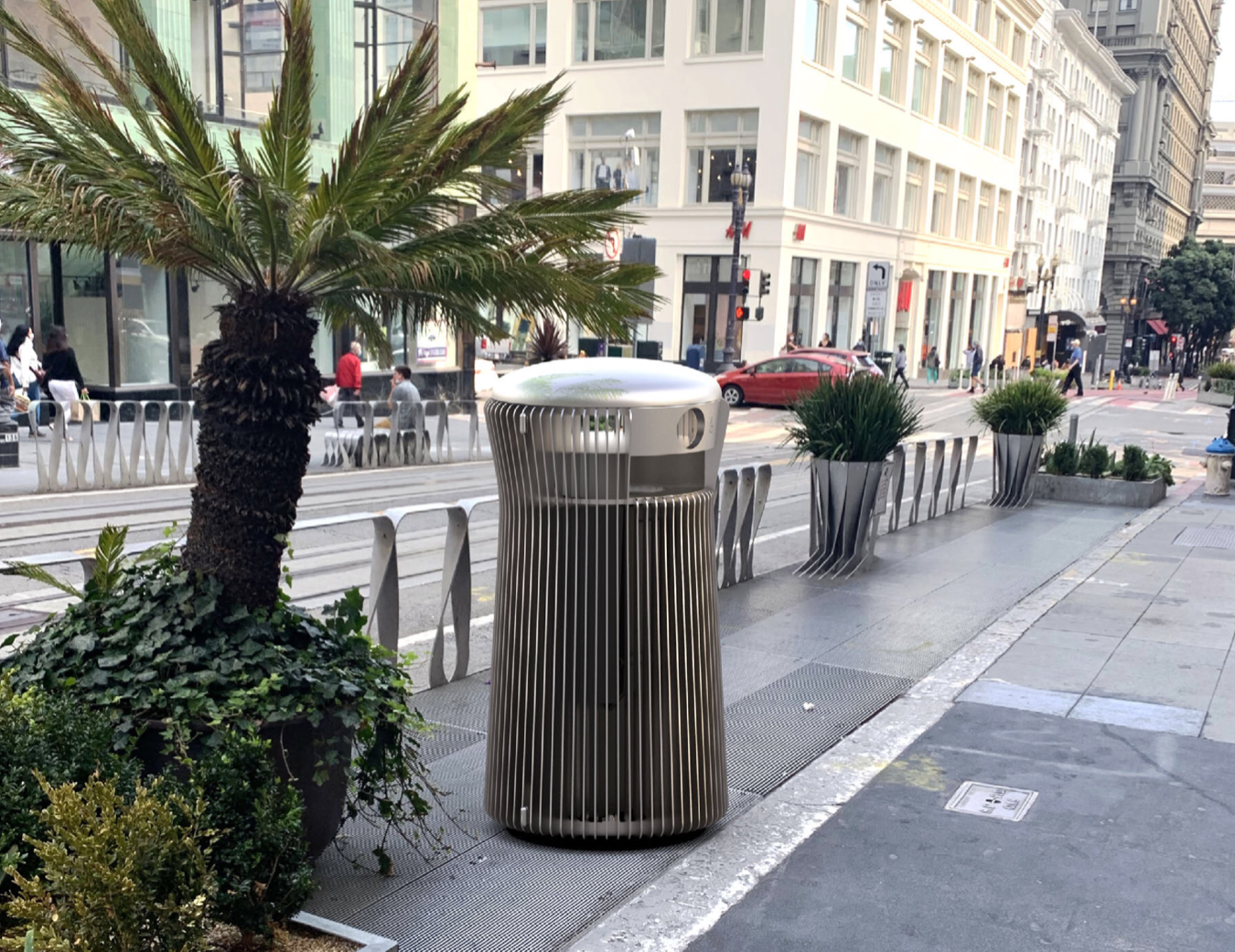 The first proposal is called the ‘Salt & Pepper.’ These hyperboloids will have just two openings facing one direction. The round opening will be for plastic and glass bottles, with all other refuse going to the trash bin. The main trash hole is specially designed to prevent oversized objects from being placed in them. The bin’s stainless steel fin contain will be discreet and provide a more futuristic appearance than the current green bins. They would be just half an inch wider and seven and a half inches taller. 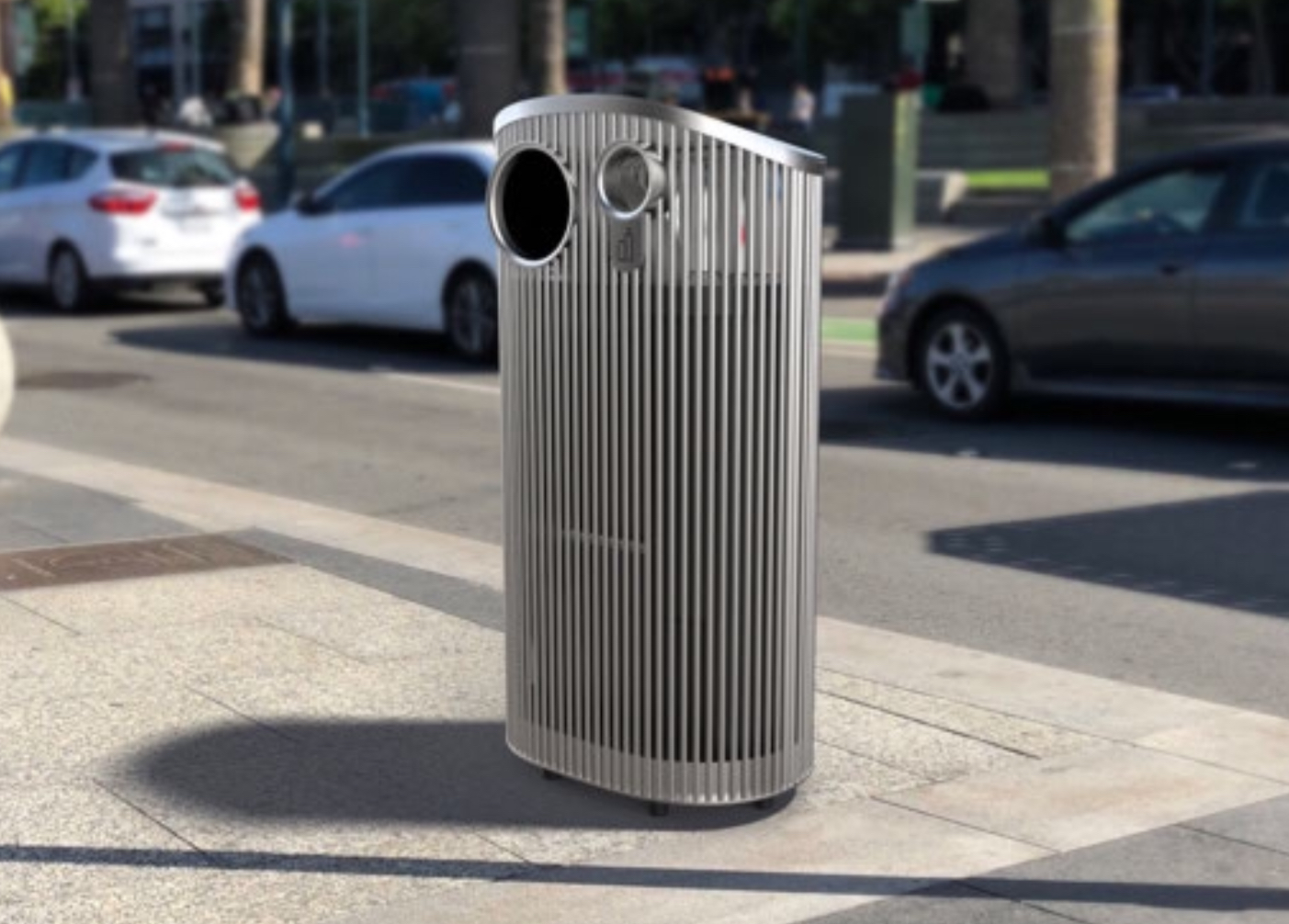 The second design is the ‘Slim Silhouette.’ Like the salt and pepper design, the stainless steel pipe outer container will feature two openings, one for recyclable bottles. Its sleek design will be non-obtrusive along narrower streets. The existing trash bins are nine inches wider. 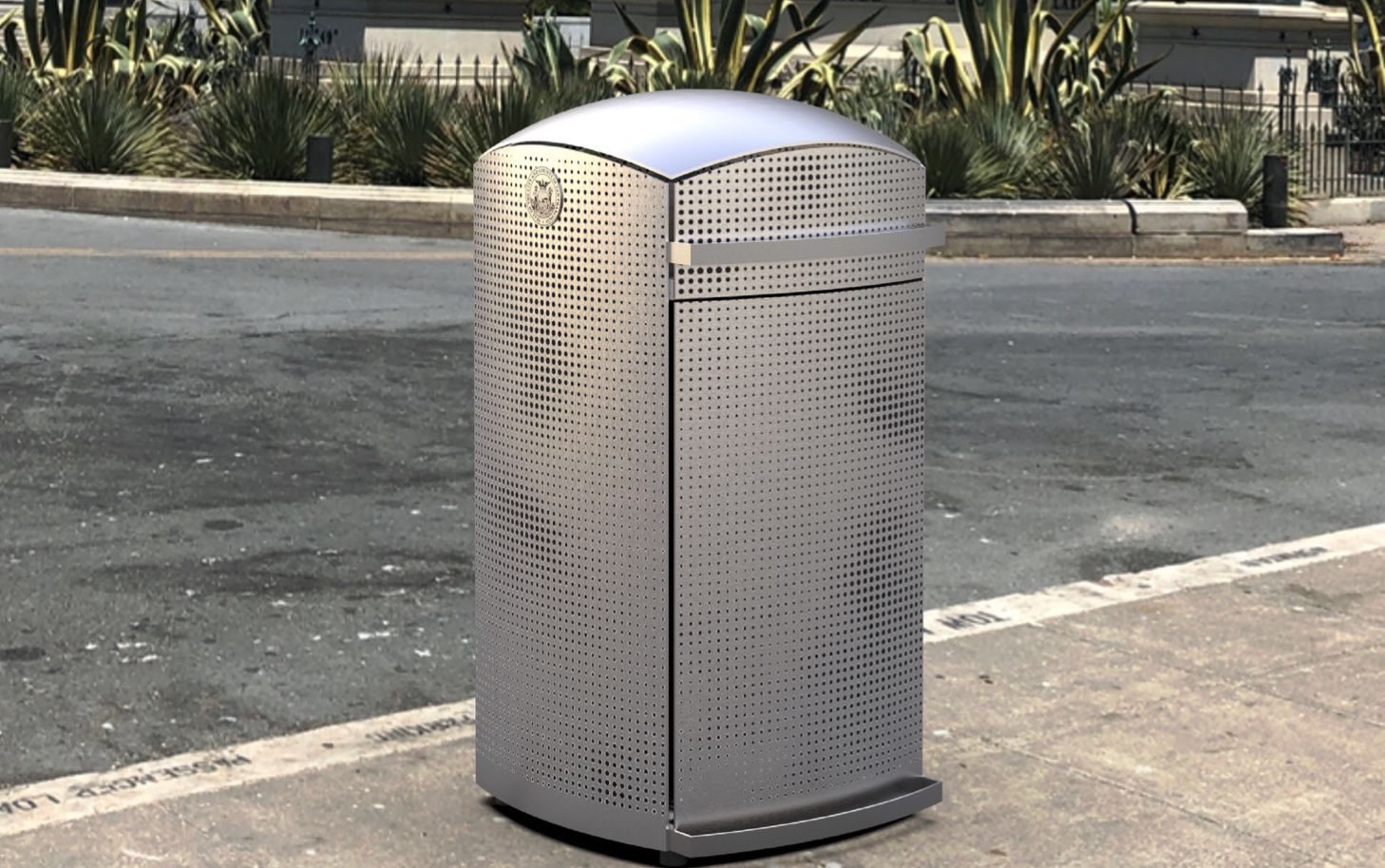 The third and final design is the ‘Soft Square.’ The bin will feature a single opening for cans and bottles to be inserted. A front hopper, similar to those in the USPS mailboxes, will take all other debris. The hopper can be operated with a handle or a foot pedal. Each bin is made of four bent perforated panels and a top dome. Designers across the Bay might see opportunity with these panels, as they are easy to fabricate and have the potential for variety.

Whichever of the three designs is selected, the new bins should be an aesthetic improvement from the existing cans. As well, they will encourage pedestrians to recycle and lower the amount of debris surrounding bins in the street.