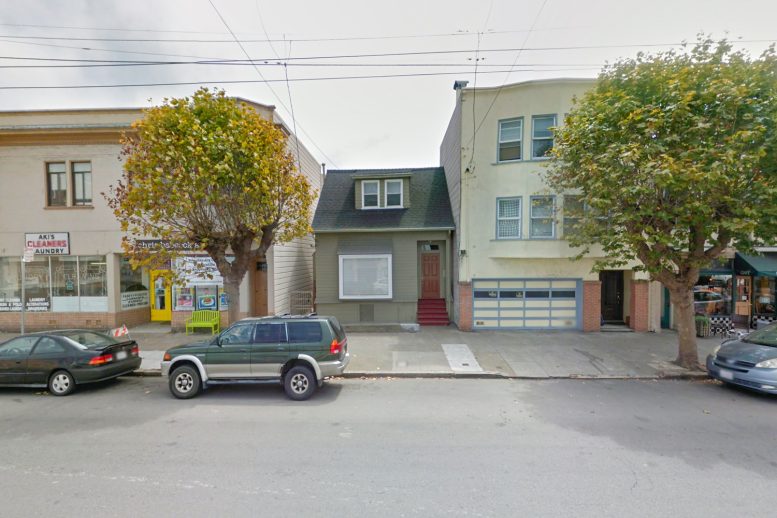 Permits have been filed for a four-story residential building at 5915 California Street in Central Richmond, San Francisco. The address is between 21st and 22nd Avenue, close to a retail thoroughfare and the 1 bus and the 29 bus.

The permit describes three residential units and a three-car shared garage. One condominium unit will contain three bedrooms and three bathrooms, while the others will have two bedrooms and two bathrooms. These numbers suggest the project will be targeting parental tenants.

The site currently houses a two-story row house. According to Compass, the location sold in December of 2019 for $1,200,000 million. Demolition permits were filed at the same time as the new building permits.

The commute from Central Richmond is a fairly direct bus ride to downtown San Francisco. Proposals on the California Street corridor are frequent and it is not uncommon to see new plans come along for this successful neighborhood.

Be the first to comment on "Permits Filed For 5915 California Street, Central Richmond, San Francisco"

Looking down towards the low-rise structures and s

A new rendering has been released for 3 Sutton Pla

New renderings have been released in time for the

Looking west at One World Trade Center, designed b

Glass and metal can be seen approaching the pinnac

Construction is getting closer to completion on Ma

A groundbreaking schedule has been announced for T

Construction wraps up on the Margaritaville Resort