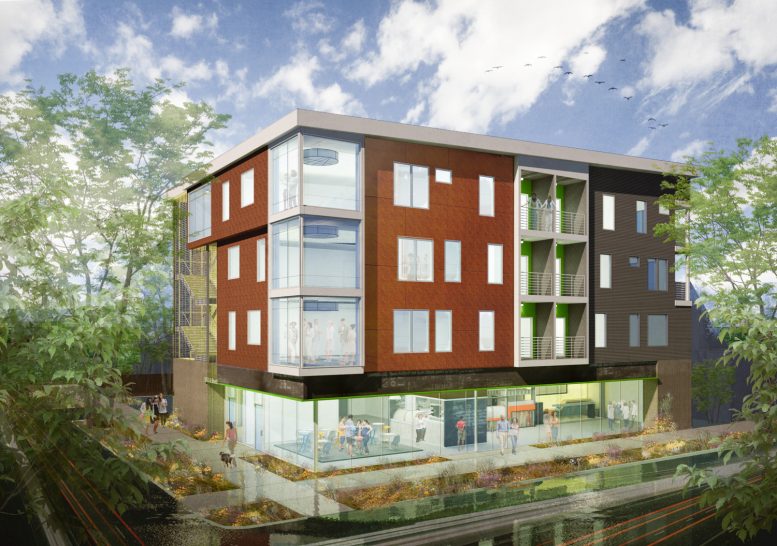 Construction is nearly complete for a four-story mixed-use infill at 2030 10th Street in Sacramento’s Southside Park neighborhood. Located at the corner of 10th and U Street, the project is within walking distance from the city center. The local firm HK3 Development are responsible for the development.

Regarding the new neighborhood addition, HK3 writes, “[the] 10U project aims to bring quality living to residents of Southside Park.” The 21 units will be divided between eight studio units, ten single-beds, and three two-beds. Seventeen of the units will have access to a private balcony in-unit. The rentals will start at around $1,250 per month. Half of the lot is to be surface-level parking for twelve vehicles and some bicycles.

The commercial ground floor retail will open up 3,795 square feet for a potential future tenant. While its function will be flexible, the permits describe a restaurant tenant as likely.

Ellis Architecture is responsible for the design. The facade uses some traditional architectural vernacular, such as the corner window, which the developers describe as something that recalls corner turrets. For pedestrians along 10th Street, the curtain wall ground floor will be the dominant visible feature. The facade above ground level will be composed of a dark grey and brown cement plaster with green and orange accents. 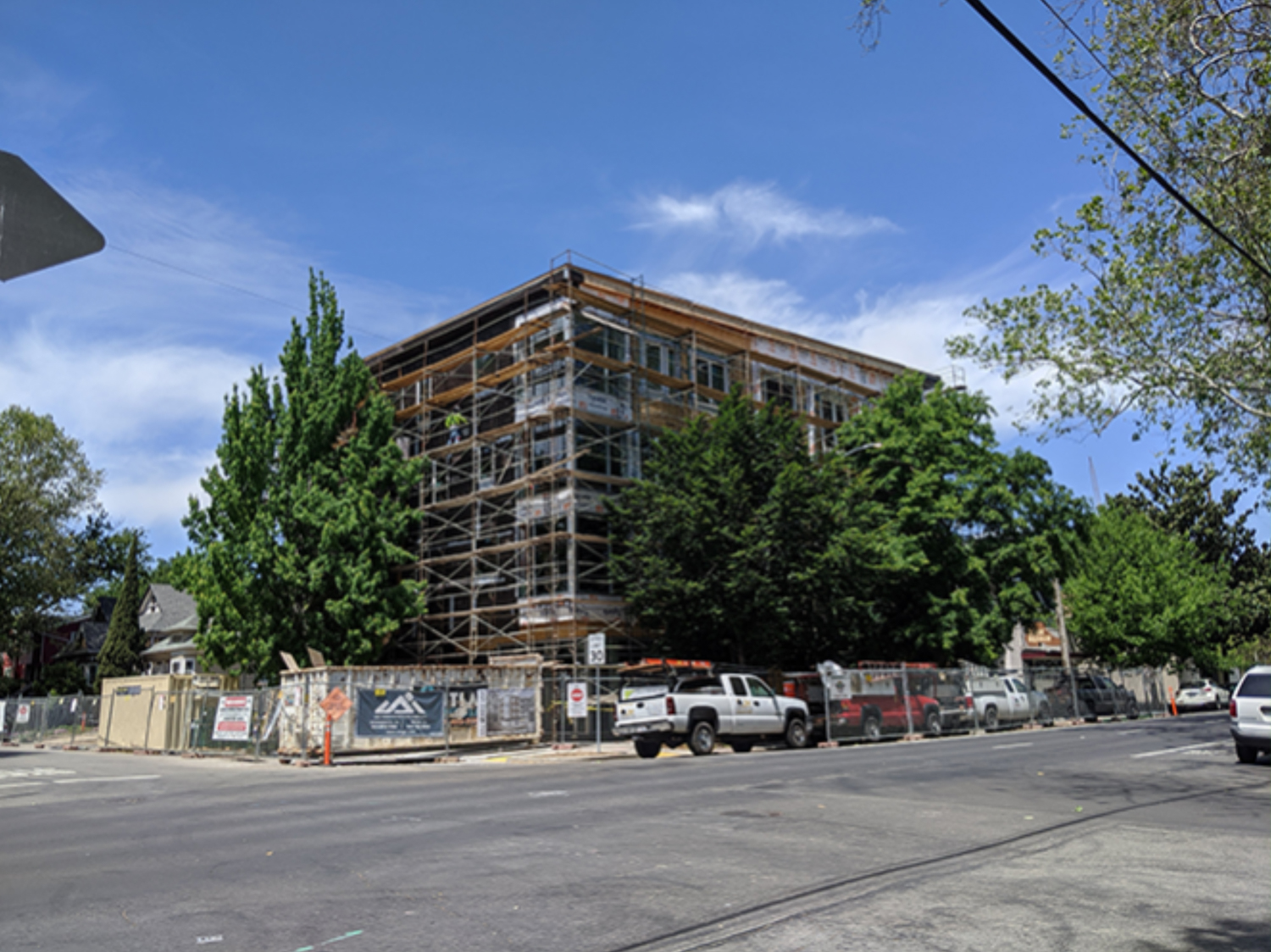 10U at 2030 10th Street construction update, image via Ellis Architects

While the project has topped out, an estimated completion date has not been announced. If it not open by the end of the year, it will almost certainly open in early 2021.

Be the first to comment on "10U Nearing Completion at Southside Park, Sacramento"